Battle of the Prodigies: Who Will Be the Next U.S. Junior Champion?

Akshat Chandra at the 2015 US Junior Championships. Photo: Austin Fuller
Last year, at his debut in the championship, Chandra won the title convincingly with an undefeated score. He also won the 2015 National High School Championship and currently has two GM norms. Chandra is a highly motivated chessplayer, ultimately hoping to become a grandmaster, and he'll do everything he can to retain his U.S. Junior title. In addition, Chandra is an accomplished chess journalist, writing for ChessBase and his own blog, Quest to GM. 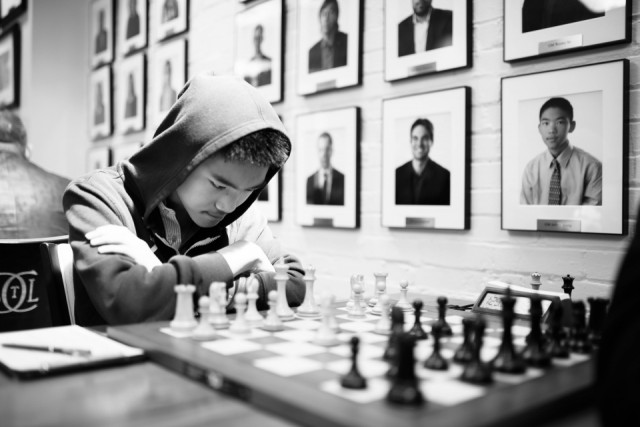 Jeffery Xiong at the U.S. Championships. Photo: Austin Fuller
Although he was the favorite last year, Xiong narrowly missed winning the championship. Throughout the event, he was just a half point behind Chandra. Will the top seed be able to claim his first U.S. Junior title this year? Xiong is currently the highest rated 15-year-old in the world. He was the 2015 Chicago Open champion and 2013 U.S. Chess League MVP. He made his debut in U.S. Championships this year and held his own in the highly competitive field. He finished in clear 6th place with draws against Fabiano Caruana and Wesley So and a victory against Gata Kamsky. 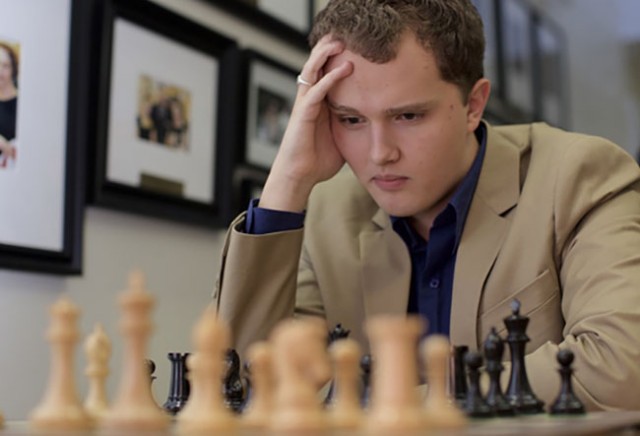 Kayden Troff at the St. Louis Chess Club
Kayden Troff won the U.S. Junior Championship in 2014 and will definitely be looking to re-claim the title this year. Troff was the 2012 Under-14 World Youth Champion. He's competed twice in the U.S. Championships. He's also a part of the Young Stars-Team USA Program, receiving training for Garry Kasparov himself. 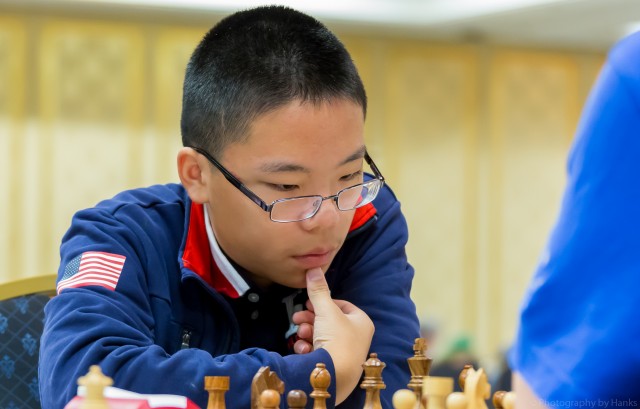 Ruifeng Li at the National Open. Photo: Tim Hanks.
Ruifeng Li finished a respectable fourth at last year's championship and has improved drastically since then. Within the last few months, he's been on a winning streak, winning both the National Open and the Philadelphia Open over line-ups of experienced grandmasters. In the process, he passed a US Chess rating of 2600 and a FIDE rating of 2500 for the first time. At the Philadelphia Open, he also achieved his first GM norm.

Along with Troff, there are four other college students competing for the championship. 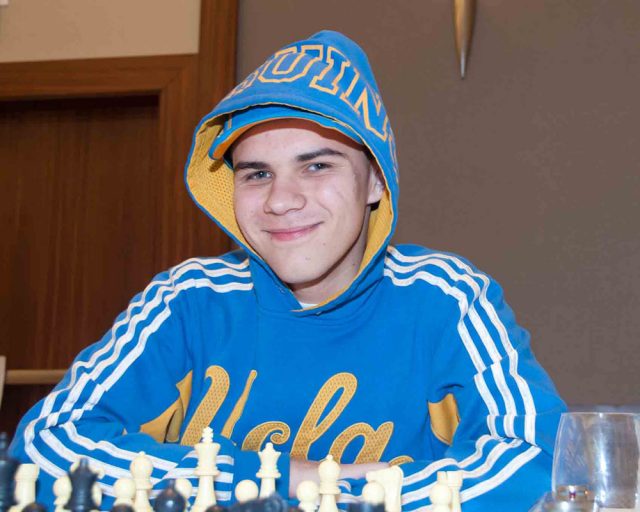 Luke Harmon-Vellotti at the Chicago Open. Photo: Betsy Dynako Zacate.
This will be Luke Harmon-Vellotti's four appearance in a row at the championship, making him the most experience U.S. Junior Closed player in the field. In addition, he recently achieved one of his strongest tournament performances ever, earning his first GM Norm at the Chicago Open. Harmon-Vellotti's achievements extend beyond chess. At age 17, he is looking forward to his senior year at UCLA with a double major in Applied Math and Computer Science. 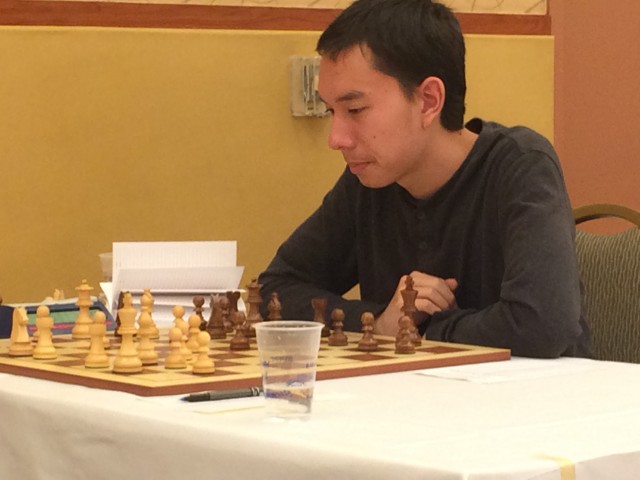 This is Michael Brown's debut at the U.S. Junior Championship. Over the last year, Brown has achieved numerous chess milestones. He broke a US Chess rating of 2500. He won the 2015 Southern California State Championship.  Recently, he earned his final IM Norm at the Chicago Open. In the process, he defeated a super-Grandmaster for the first time. 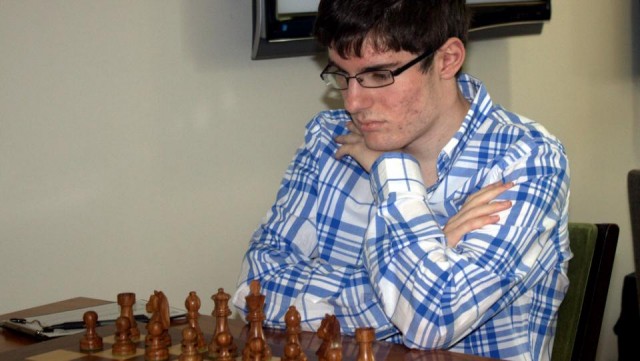 Michael Bodek at the 2014 U.S. Junior Championship. Photo: St. Louis Chess Club.
This is Michael Bodek's third appearance at the U.S. Junior Closed, and he's been fairly successful in previous years, such as 2014 when he was the only player to defeat the eventual tournament winner, Kayden Troff. Bodek's greatest success was tying for first place at the 2014 National Chess Congress over grandmasters of the caliber of five-time U.S. Champion Gata Kamsky. 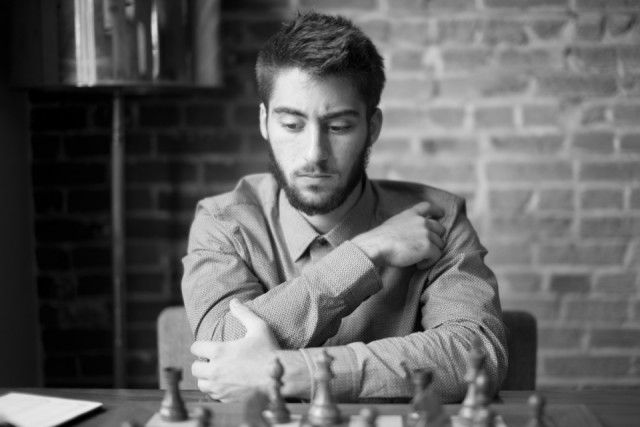 Although Liang and Checa are the two youngest players in the tournament, they are fierce competitors with a list of impressive accomplishments for any age. 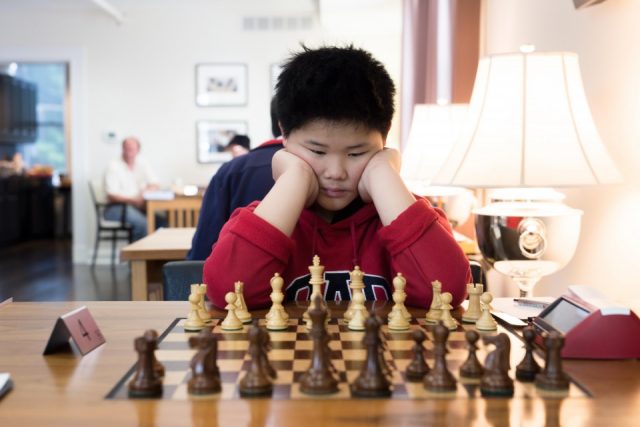 On the right: Nicolas Checa, 3rd place finisher at last year's U.S. Cadet Championship
This is Nicolas Checa's first appearance at the U.S. Junior Closed Championship. Last year, Checa finished third at the U.S. Cadet Championship. Checa recently earned his final IM Norm  at this year's World Open. In addition, he's the youngest New York State Champion in history, winning the title at age eleven. In 2012, he became the National Under-12 Champion in the US Chess/Chess.com Invitational Championship. Look out for updates throughout the event on the US Chess Facebook, Twitter, and Instagram! For more information on the U.S. Junior Championship, visit the Official Website. The U.S. Junior Closed runs from July 8-17. Rounds are everyday at 1 p.m. CST, except for the final round which is at 11 a.m.
SHARE: