Back to the US Chess School: #48 in Saint Louis 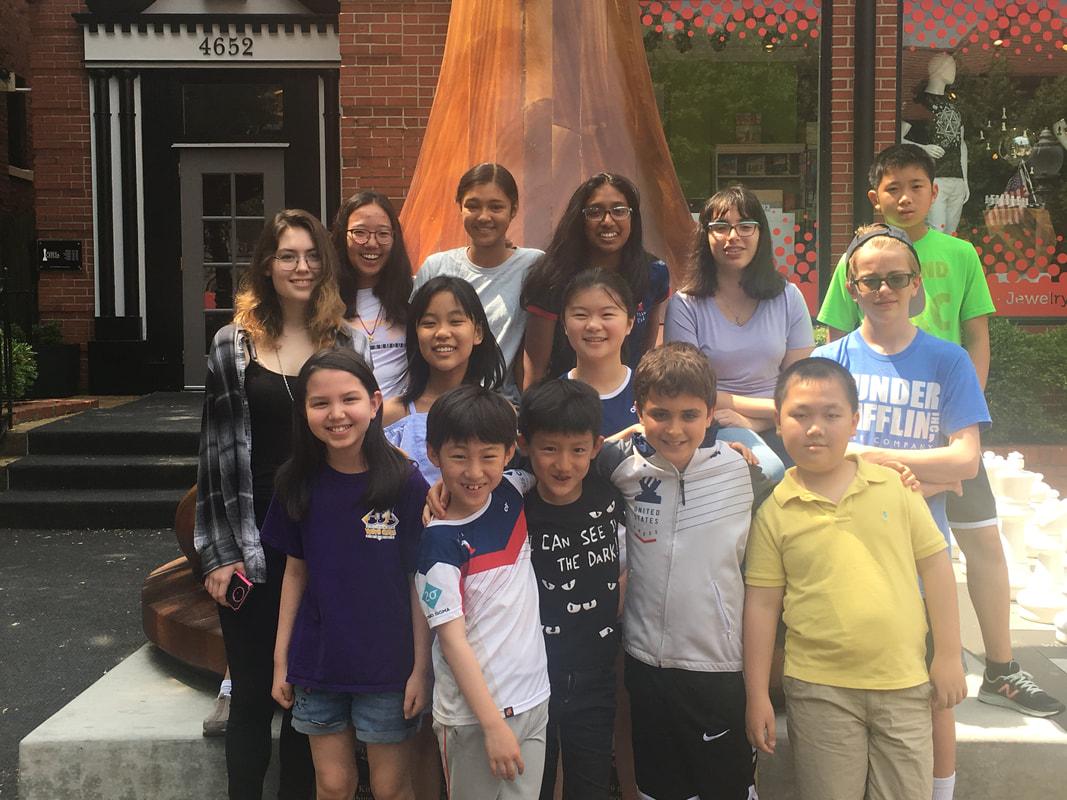 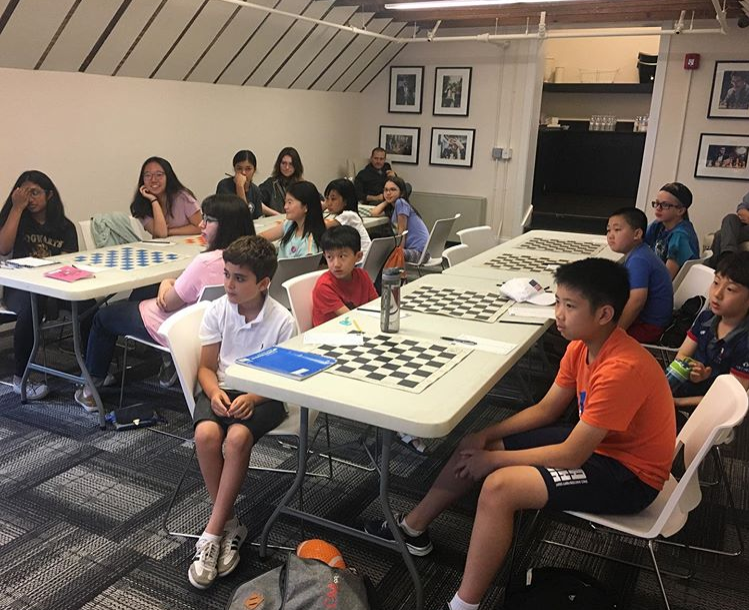 This is the first of a four-part series, "Back to the US Chess School", which gives readers an inside look into the elite training academies, held over the summer. Upcoming articles will feature Davis Zong on #49, Craig Hilby on #50, and Akira Nakada on #51 I was extremely honored and lucky to be 1 of the 16 people that attended the US Chess school Camp #48 in Saint Louis. It was an otherworldly experience for me, as I was surrounded by some of the very best players in the whole country. It was so cool to meet and know people from places ranging from California to Boston.  I had met a few of the students at competitions but had never had the opportunity to work with them side by side as a community of students.  I realized that one of the amazing benefits of this camp was to allow us chess players to come together as a community, and I expect this will strengthen our team work at international events if we will get to represent the US together. The camp was hosted at the historic World Chess Hall of Fame, which welcomed us with the World’s largest chess piece. Across the street was the famous Saint Louis chess club, a must-see for chess fans. Overall, a very intimidating (and at the same time welcoming) atmosphere. This incredible camp was organized by Greg Shahade, a mentor and inspiration to us students. We kicked off the camp by introducing ourselves with our names, our ages, and our favorite hobbies. I noticed there were a lot of tennis players and pianists. I wonder if there is a correlation? After that, Aviv Friedman (our fearless leader and head coach) gave us a series of puzzles on different themes, but they all seemed to revolve around one concept: Having a flexible mind. In chess, once players start to embark on a plan, a very common psychological pitfall for them is to get “stuck” to their plan and lose track of other opportunities or changes in the game. When you have a flexible mind, you keep your eyes wide open to shifts and nuances in the position despite your original plan. Aviv really stressed this concept, and I do believe it is one of the most important aspects of chess. I have never gotten this training before at a camp, as conventional training techniques do not often reach into the psychological realm of chess. Here is one of the puzzles Aviv showed us:

Then, we all took a break for lunch. The area where the club is located has a lot of great restaurants, and I and my dad had lots of great choices. The first time around, we chose to go to a Thai restaurant, Thai 202, with some of my other classmates. Then, we came back, got settled, and took our seats. After that, Aviv gave us more puzzles for about two hours, the main theme being (You guessed it!) having a flexible mind. Yes, this concept is so important it takes not one, but TWO lessons to do this concept its justice. Finally, for the last hour of the first day, Aviv took the stage to give us an Intuition test. We were given two minutes for every problem, with a total of 30 problems. The test was designed, as the name suggests, to test our intuition (the ability to assess the position without calculation or reasoning). The test was ridiculously hard, and almost no one got more than 15/30. The next few days had a similar schedule. We worked on puzzles, shared insights and learned a lot. In the last hour of days 3-4, Greg would show us premature resignation puzzles. Premature resignation puzzles are when, in a position, a player resigned, but missed out on a winning shot or drawing idea. ( you can’t help but feel so bad for those guys, right?). Anyway, these puzzles often cause a lot of laughs, and by the end of the hour, I was suffering from a chronic case of overgiggleitis (Yes, I made that word up!) [fen]2kr4/ppp3Pp/4RP1B/2r5/5P2/8/PP1p3P/3K4 w - - 0 30[/fen] White to Move and Not Resign Show Solution
Rd6!!

On the fourth day, two absolutely crucial events occurred: The first of these events commenced when Greg announced: ”time to go on a field trip!” Us campers had no idea of where the destination was until we turned right and entered… a cupcake shop! Now the cupcakes here were as incredible as the bison burger I had at Culpepper's on Wednesday (a.k.a the best burgers on earth), once again proving the fact that the food in St. Louis is like no other. After I wolfed down my cupcake in a millisecond, I immediately regretted not savoring my vanilla cupcake, as I was the first one to finish and had to only look on while others took their time. Is there a chess lesson here? The second event was the one us campers were all waiting for: The bullet tournament! (Dramatic music sounds). The tournament was in the typical knockout format, with a time limit of 10 seconds with a 1 second gain per move. Your author crashed out in the first round, as he flagged in a better endgame (Shocker!) against Ryo. However, the good news about getting out early is you can watch as pieces are thrown around the board while queens and mates are hanging everywhere. I have to say, the bullet games were actually of very high quality (There were, of course, some Blunder-fests, but a very low number). In the end, Ellen Wang ended up winning the whole thing. 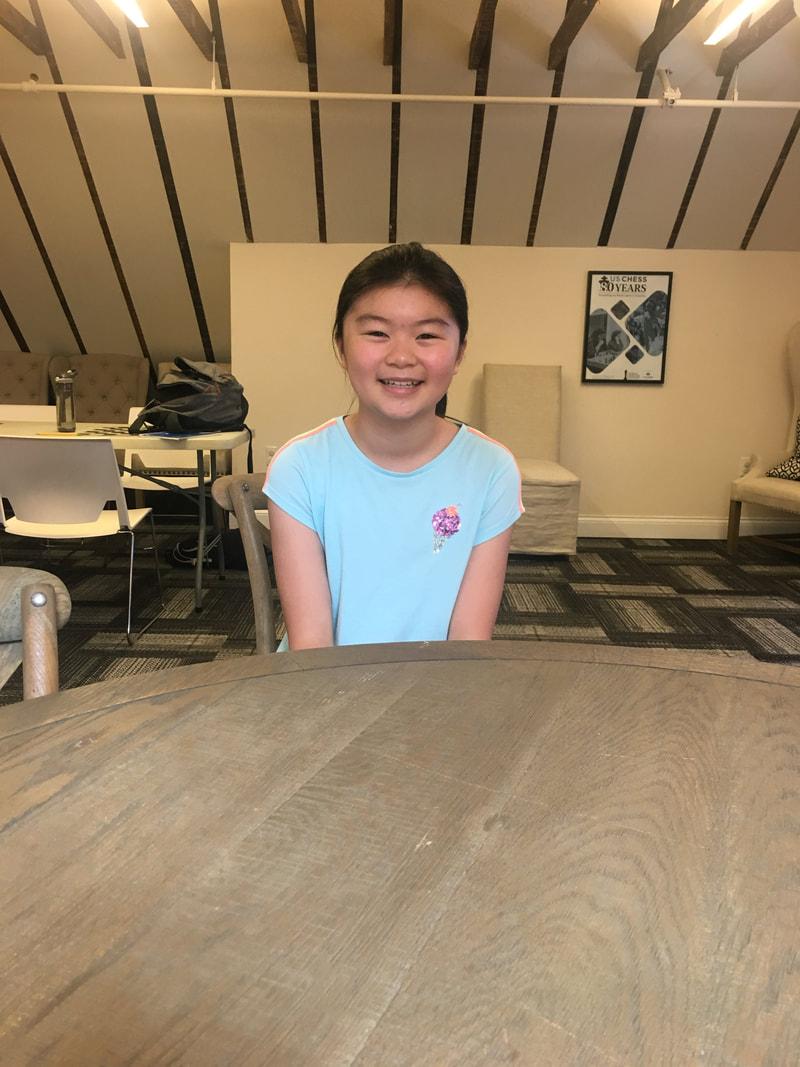 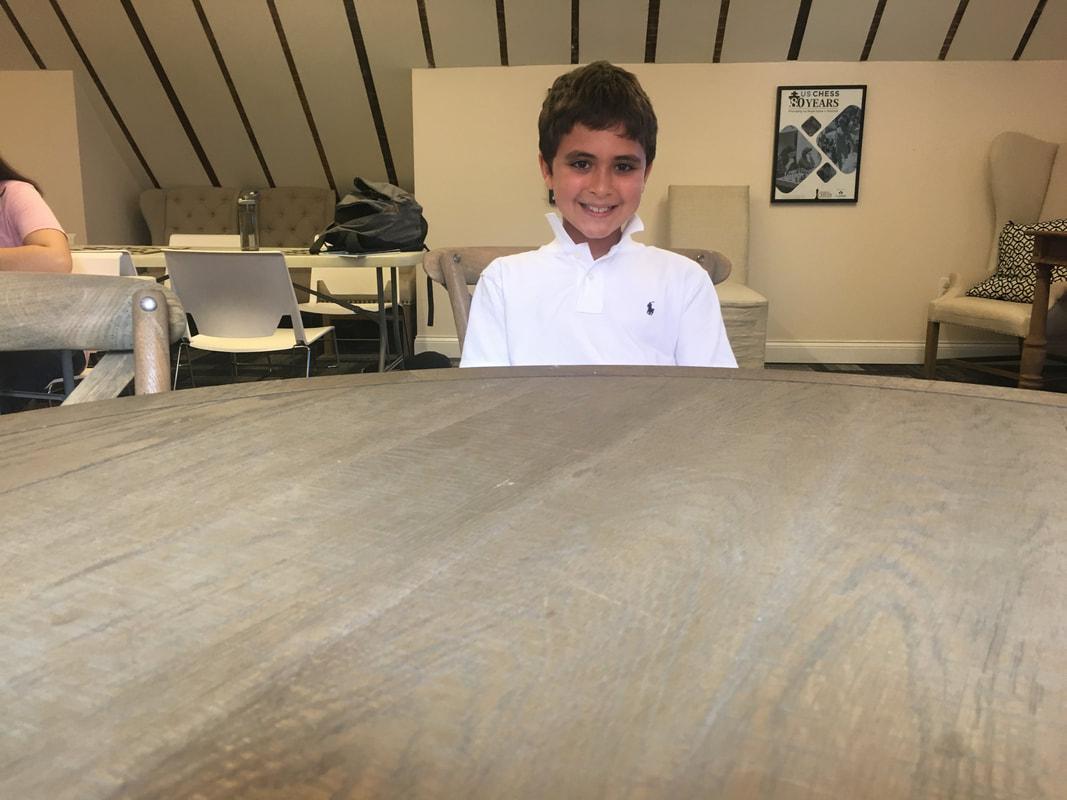 By the fifth day, all us students really were acquainted with one another, and it made for a more fun working environment. The mood was cheerful, as we kept solving and solving, and we just did not want the camp to end! 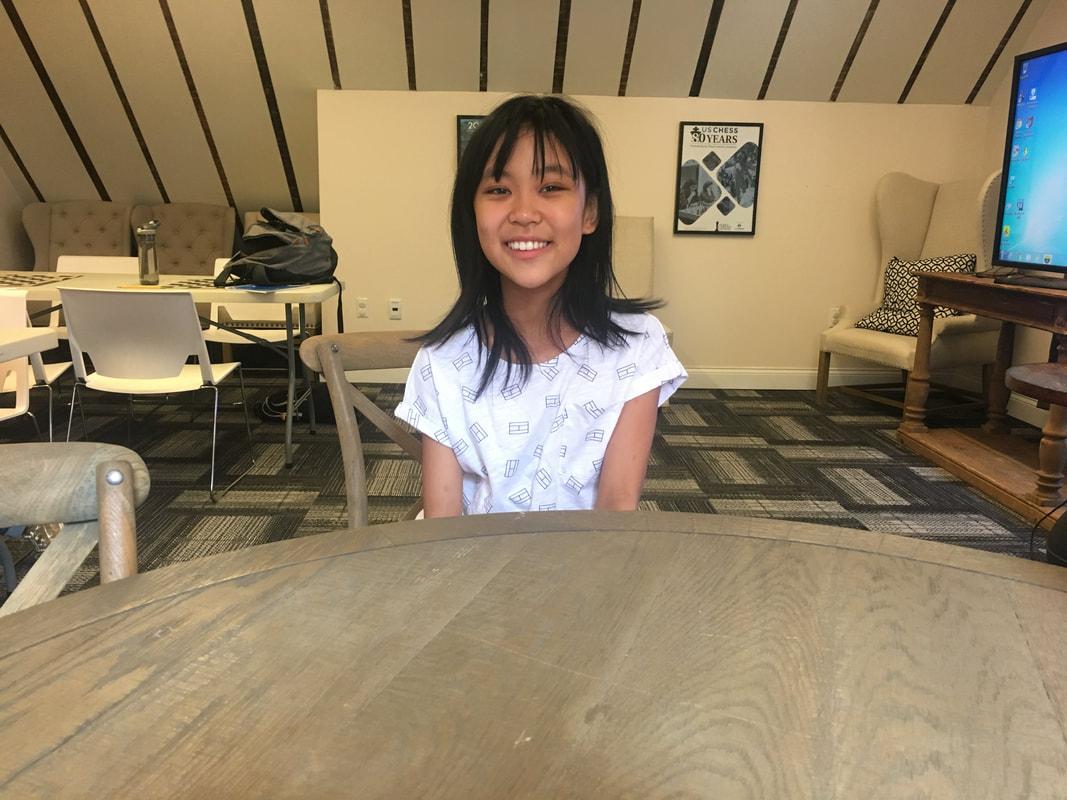 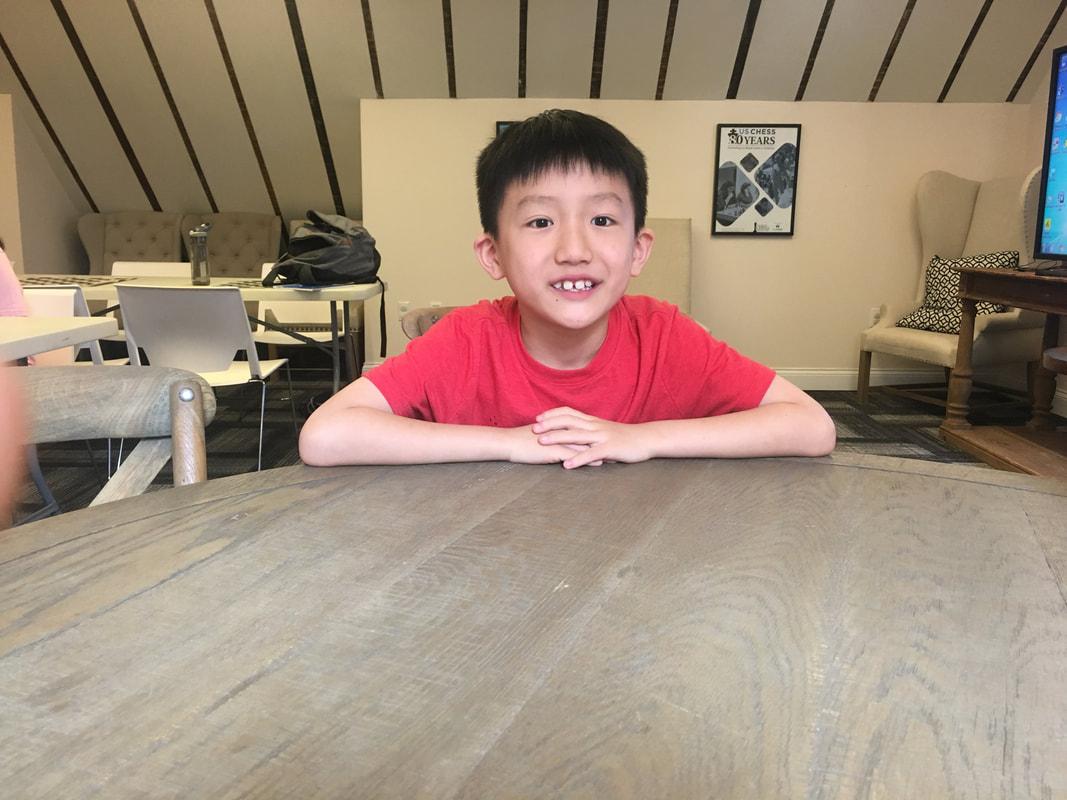 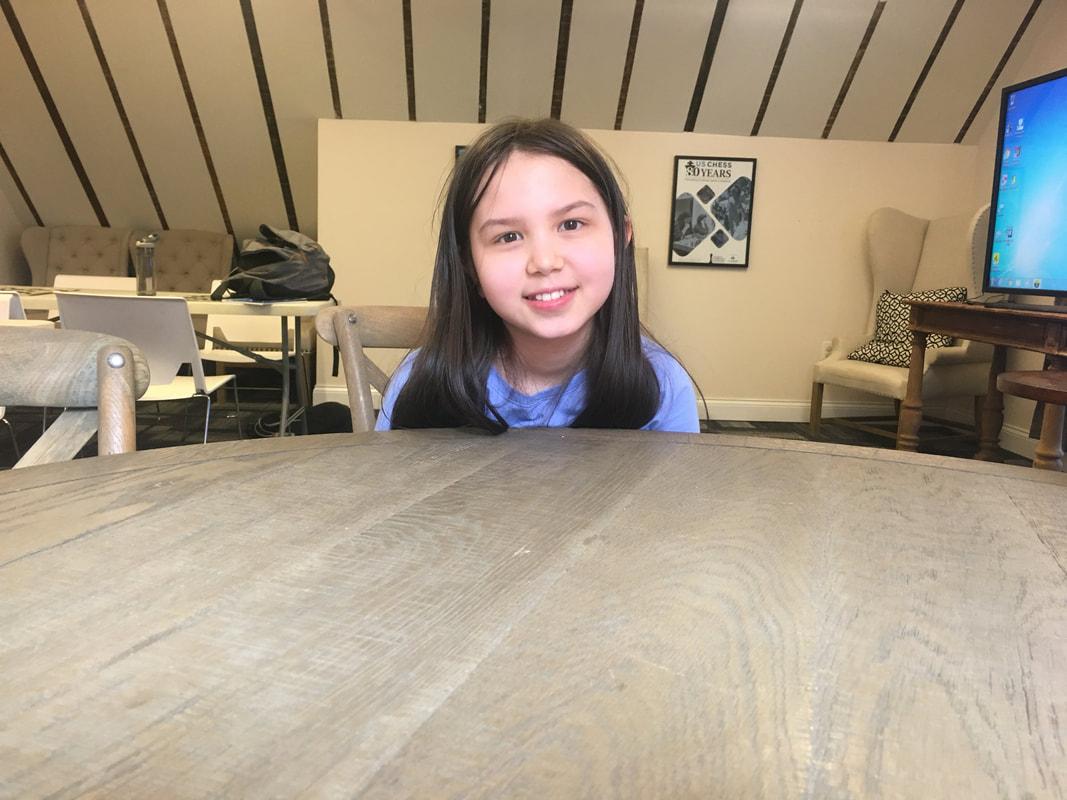 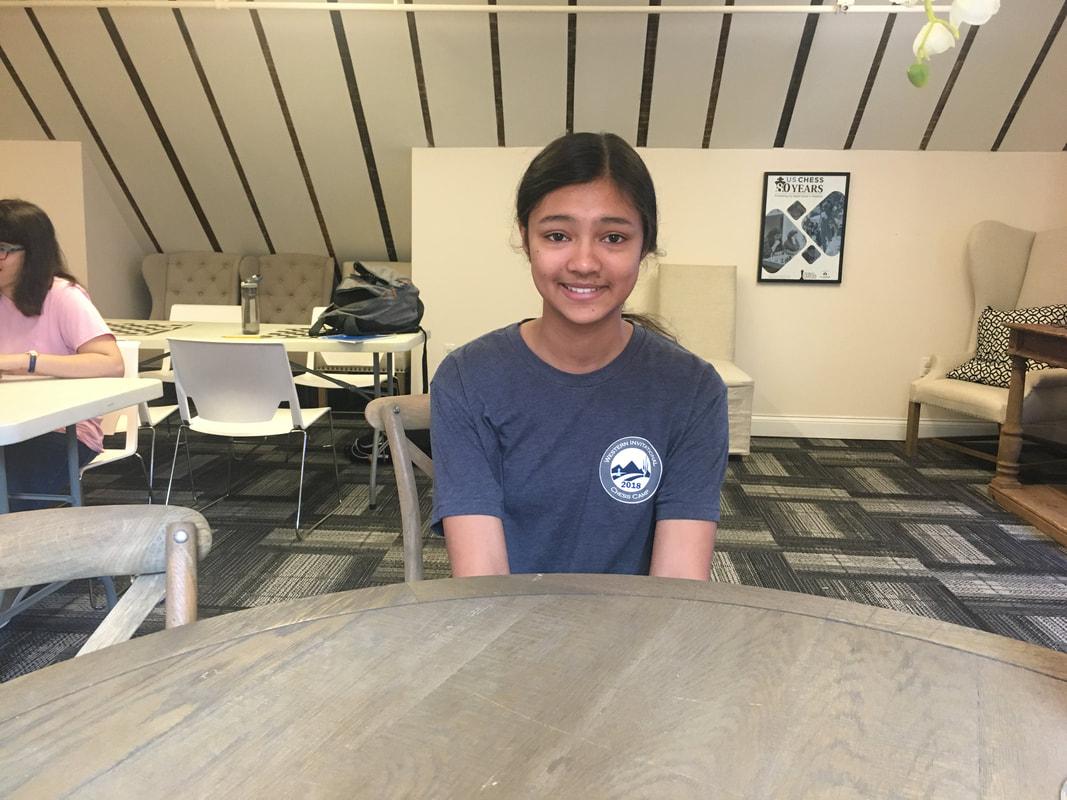 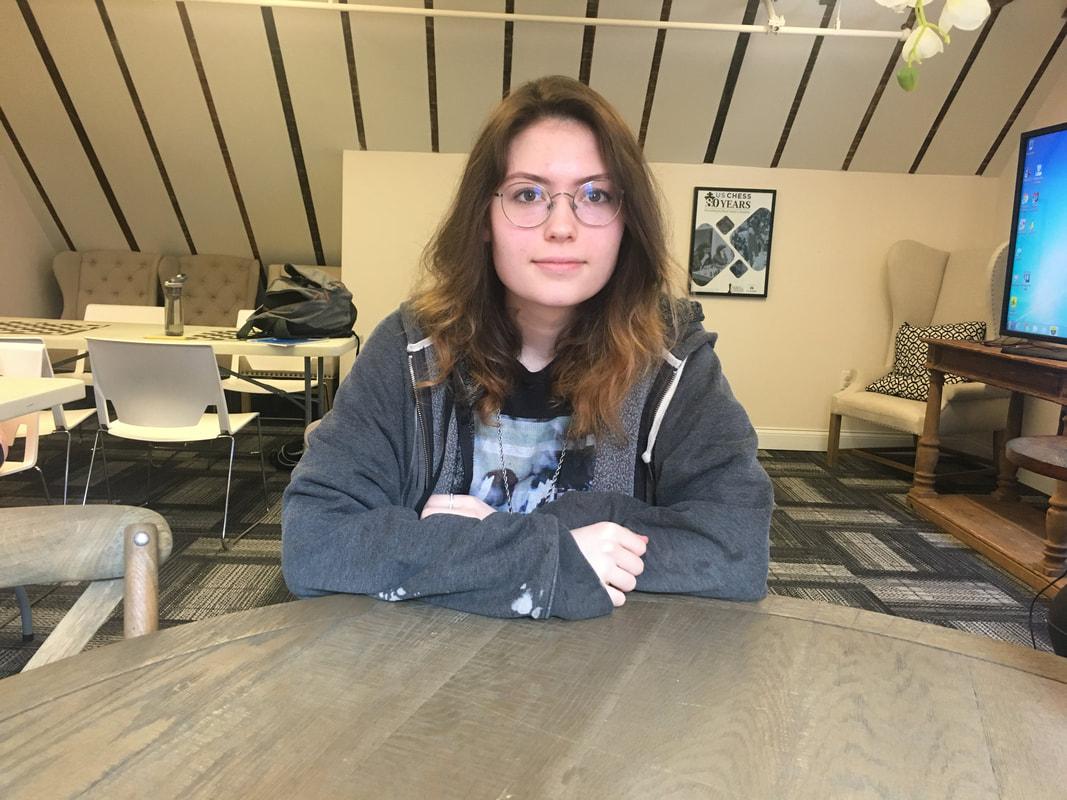 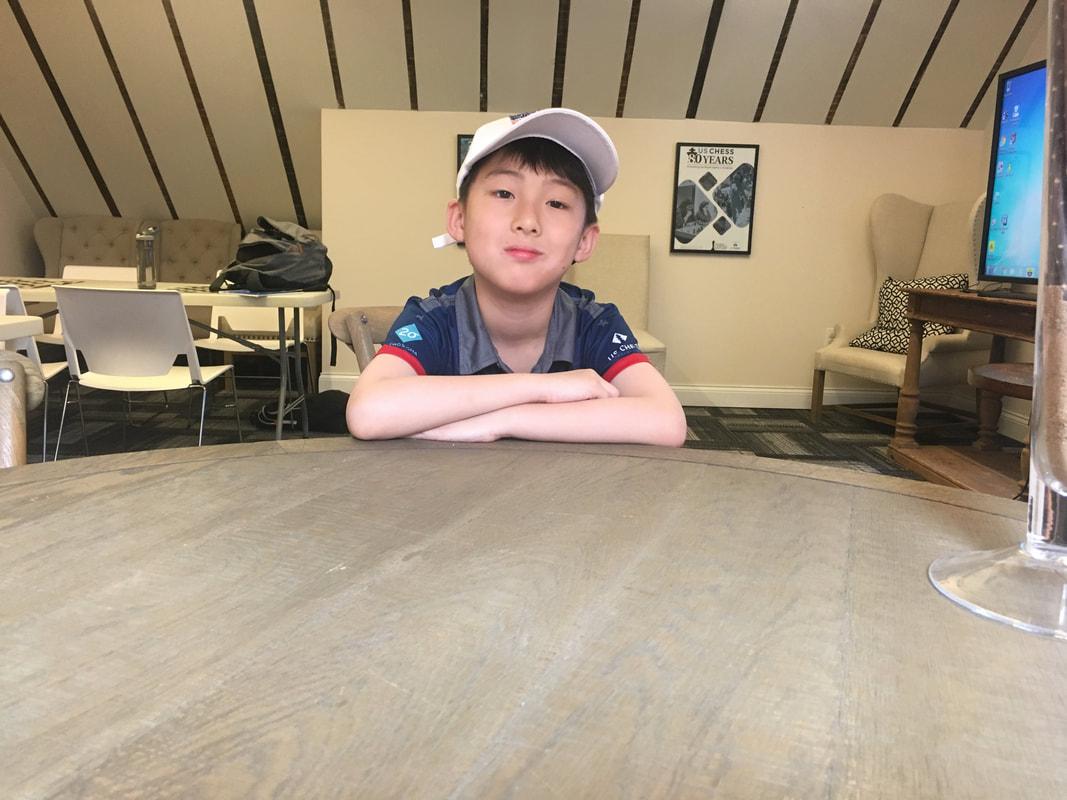 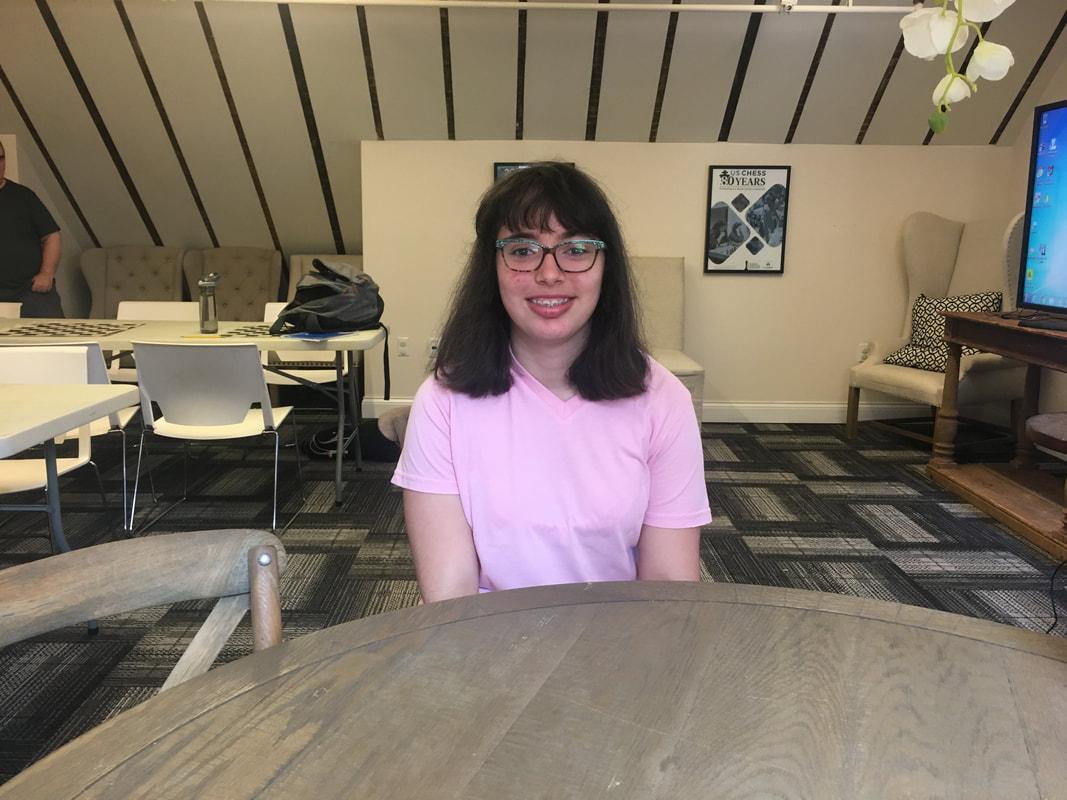 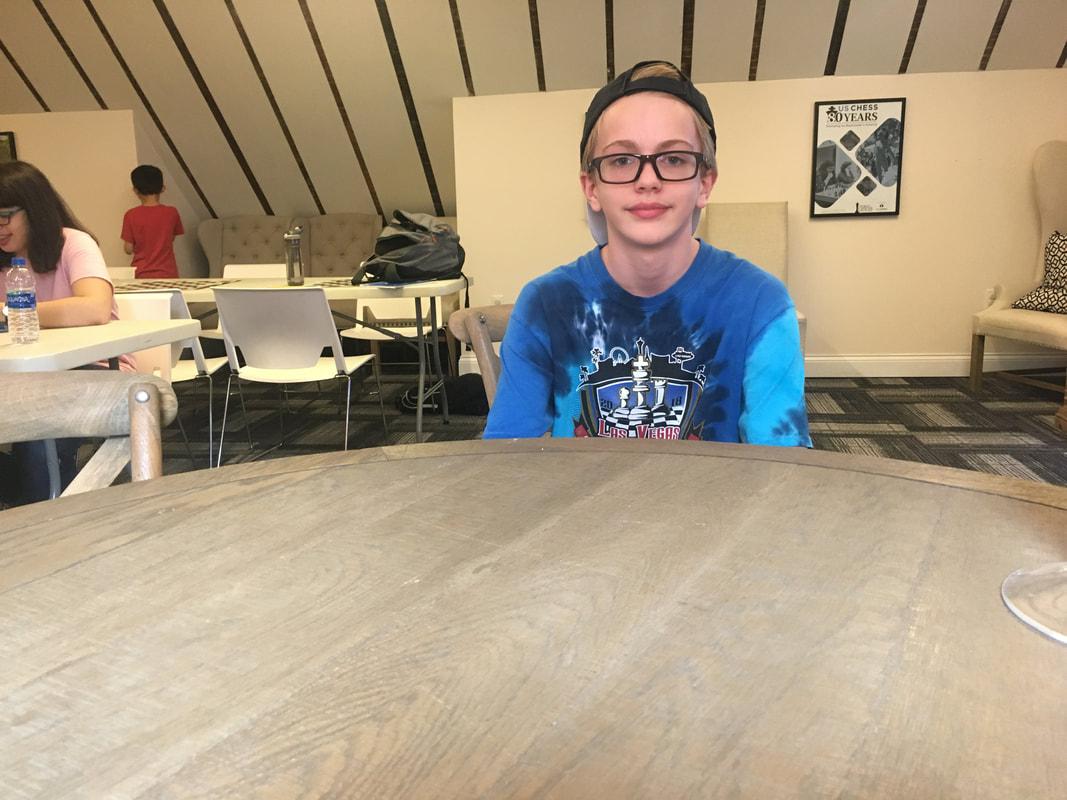 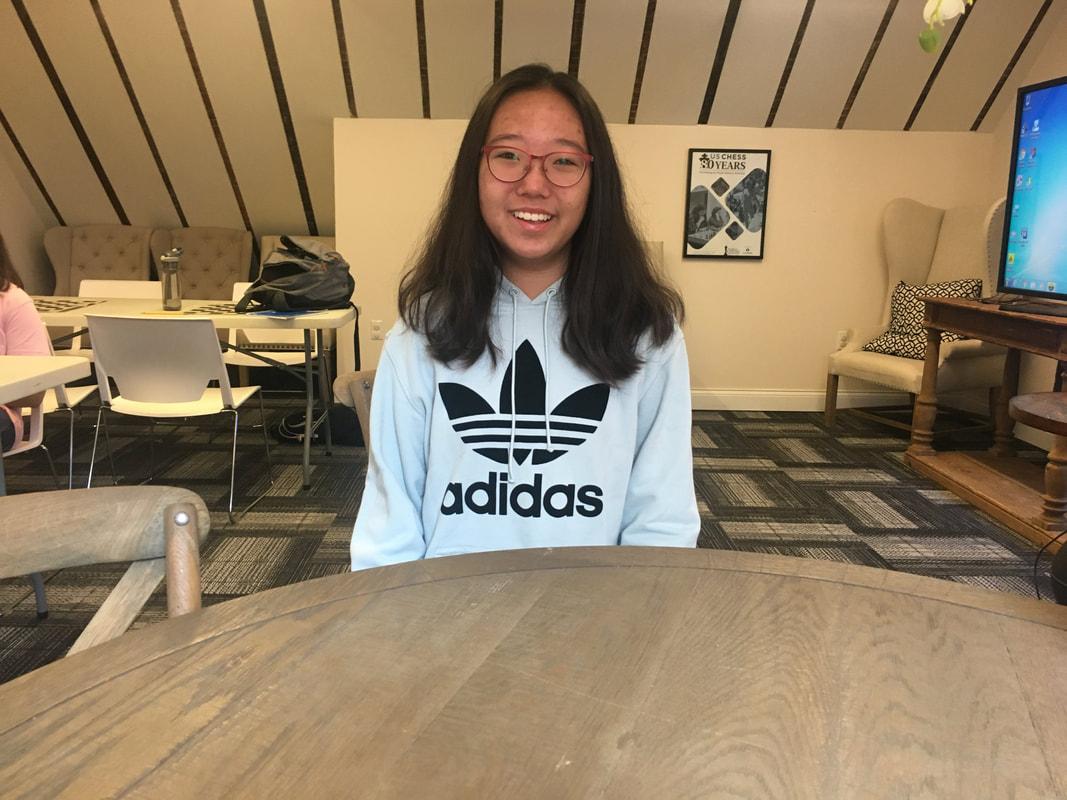 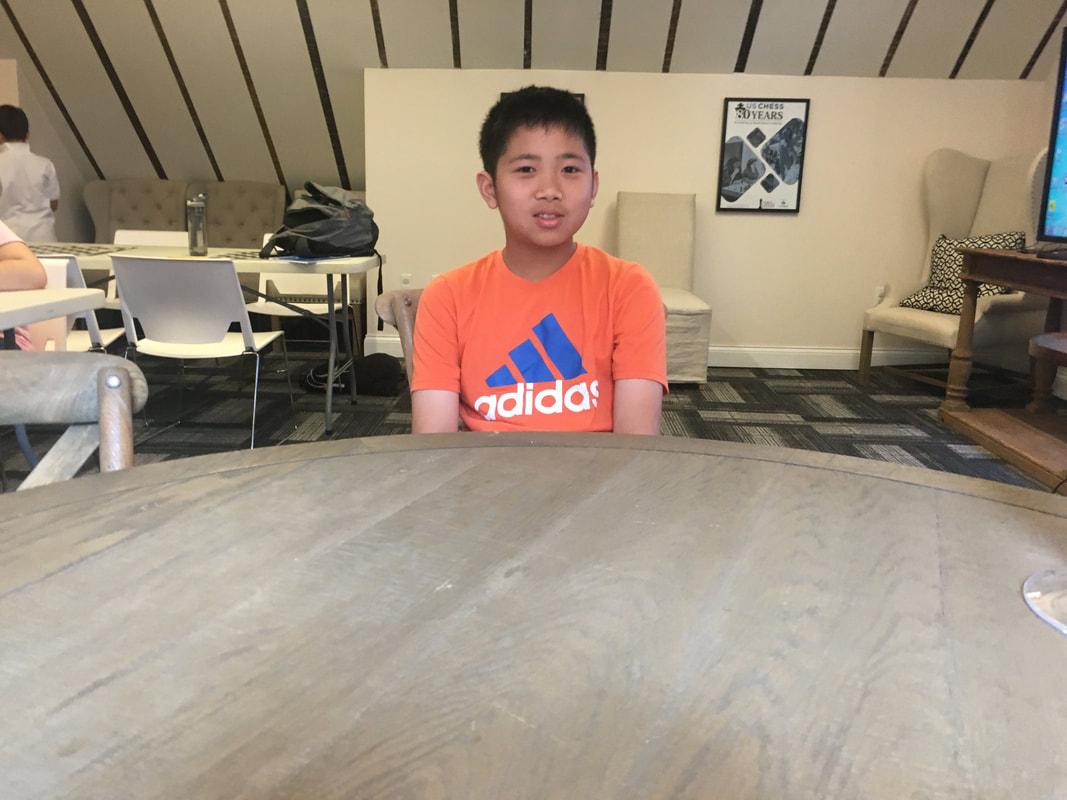 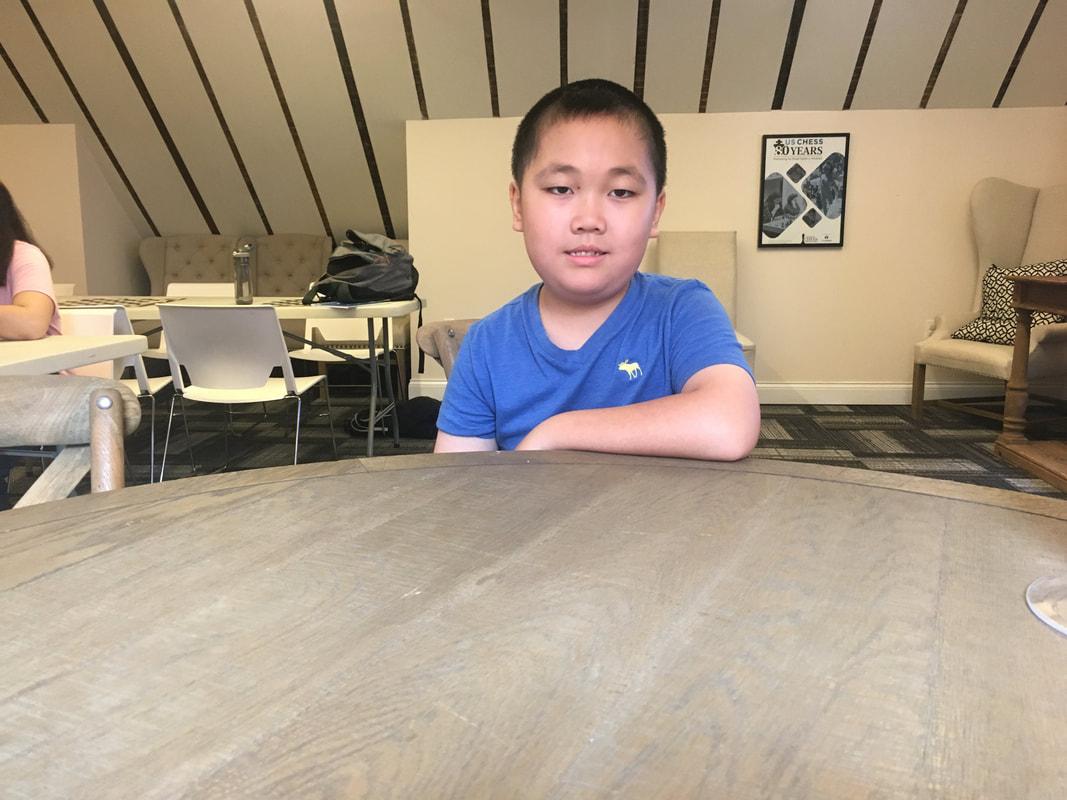 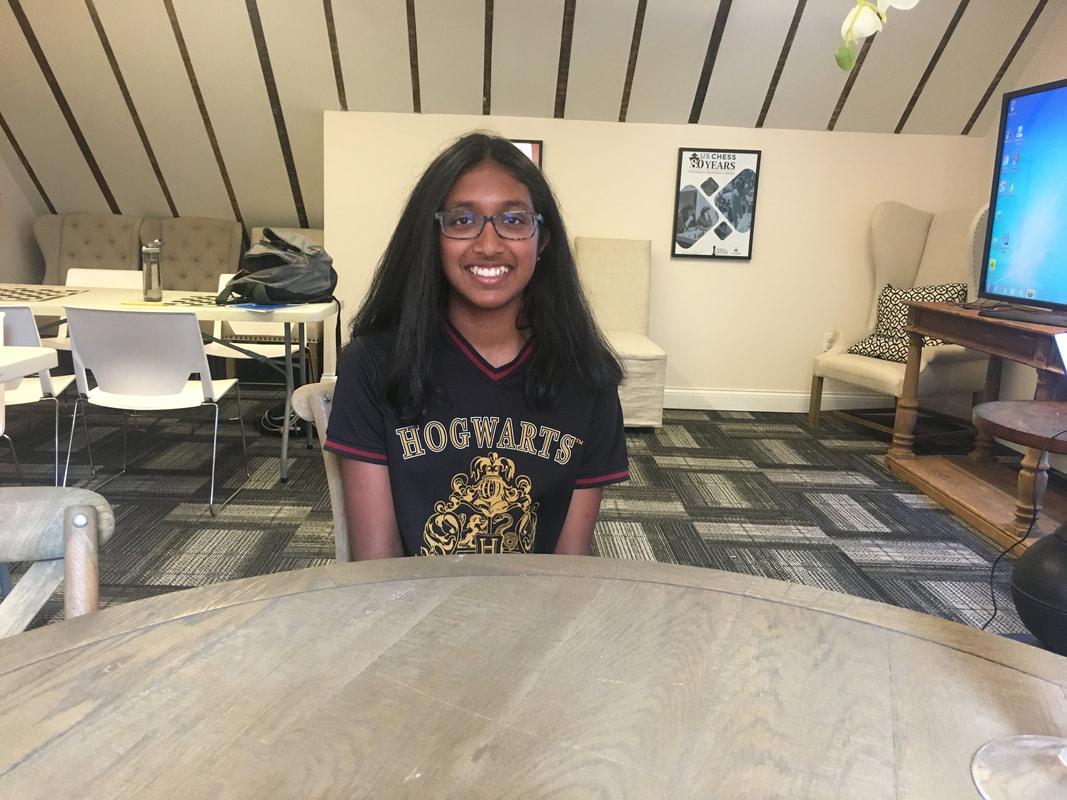 However, good things don’t last forever, at the end of the day we had to say our Good-byes. The last thing Aviv showed us was the alien story. This is how it goes:

As a close to this article, I will show some of the studies we were shown at this camp:

White to Move and Draw

White to Move and Win

I really can't thank Greg Shahade, Aviv Friedman, Jim Roberts and the Saint Louis Chess Club enough for making this camp possible. Stay posted with the US Chess School on their website, instagram and twitter.