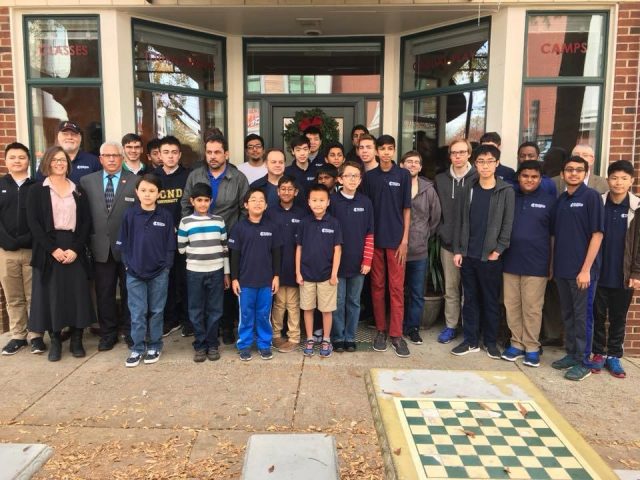 The Charlotte Chess Center and Scholastic Academy in North Carolina organized its third GM/IM norm invitational tournament this Thanksgiving, November 22-26, 2017.  CCCSA’s first two norm events were organized by Peter Giannatos and Grant Oen and previously reported in US Chess News in March 2016 and March 2017.  One GM norm, five IM norms, and two FM titles were awarded in the first two invitationals. Last weekend, the Charlotte Chess Center hosted one GM norm round robin and one IM norm round robin.  The organizers invited quite a diverse and strong field – amongst the twenty players there were players from ten federations and eleven states.  Here are some facts about the players: Many spectators, both in person and online, were closely following Minnesota’s IM Andrew Tang – with a 2496 FIDE rating and two GM norms, Tang would certainly aim to close out his Grandmaster title in Charlotte.  After seven rounds, it appeared that the norm was “in the bag”  – Tang had already scored the necessary “plus 4” score, running through the field with four wins and three draws.  Only needing one point out of the final two games against lower rated IMs, Tang committed a huge blunder in round 8: Such an unfortunate lapse in concentration from such a comfortable position in both the actual game and the tournament can often be unforgiving.  However, Andrew was able to psychologically recover before Round 9, where he defeated IM Bryce Tiglon in just twenty moves with the black pieces, thus achieving a 2601 performance and his final GM norm. This would not be the event’s only success story, as Canadian IM Raja Panjwani took full advantage of his lucky break against Tang in Round 8, and won the following game against IM Michael Lee to clinch his second GM norm. 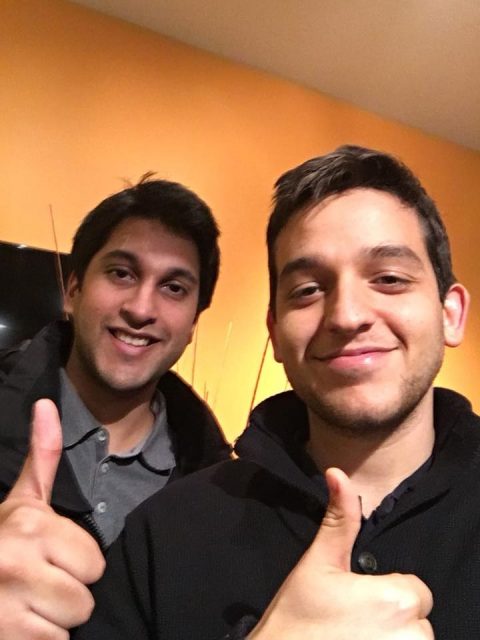 IM Raja Panjwani celebrating his second GM norm with organizer Peter Giannatos
With 6.5/9 each, Tang and Panjwani tied for first, a full point ahead of GM Tanguy Ringoir, pictured below during his final round draw with GM Alonso Zapata. 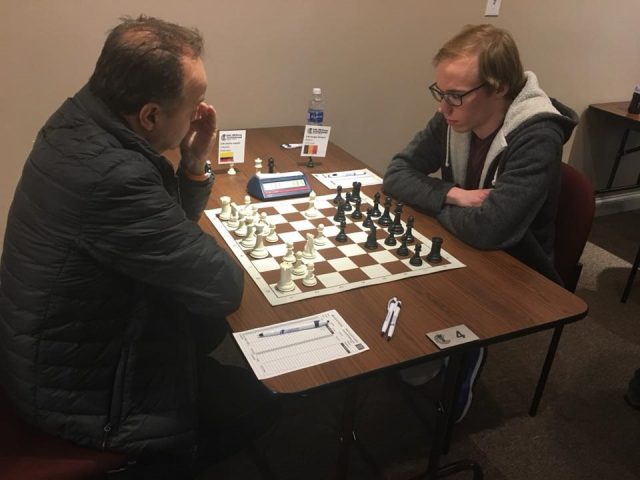 The IM norm group hosted a field very close in strength.  Unfortunately, no players scored the necessary performance to earn an IM norm.  IM Safal Bora won the event with 6/9, ahead of a logjam of players with five points.

Top seed John Ludwig suffered a heartbreaking loss in the second round after his flag fell in a winning position against Chicago’s FM Gauri Shankar.  He managed to recover a couple points, including a very sharp battle in a concrete line with ten-year-old FM Christopher Yoo: Ludwig (pictured below against FM Sahil Sinha) who has two IM norms and has been over 2400, will certainly look to achieve his final norm soon, as he achieved his first norm at the CCCSA’s March 2017 IM norm section. 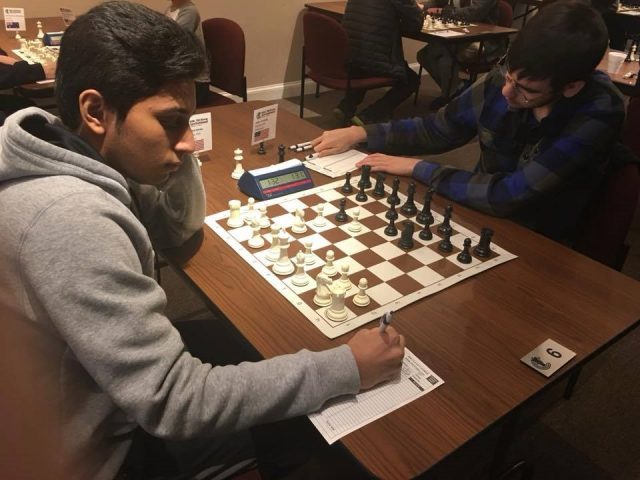 On Saturday, we were honored to be joined by new US Chess Executive Director Carol Meyer visited the tournament, who said a few words to the players, and, along with Executive Board President Mike Hoffpauir (who was an arbiter at the event), hosted an open forum/discussion with parents regarding the future of US Chess. 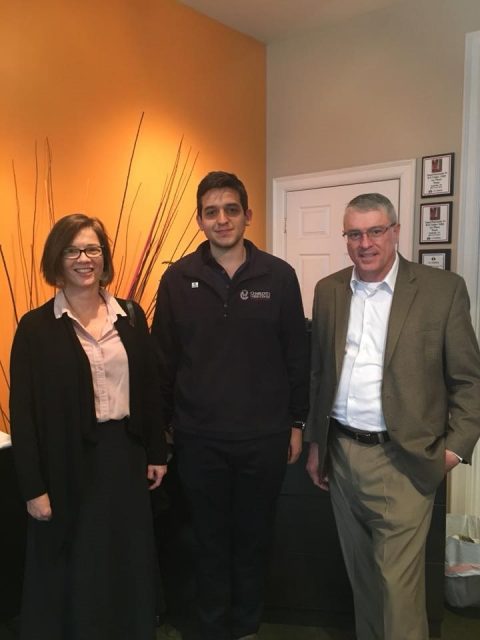 US Chess ED Carol Meyer, CCCSA Founder Peter Giannatos, US Chess President Mike Hoffpauir
The invitational was directed by International Arbiter Rudy Abate, FIDE Arbiter Grant Oen, FIDE Arbiter Mike Hoffpauir, and National Arbiter William Nash, and organized by the Charlotte Chess Center’s Peter Giannatos and Grant Oen.  Information about the event can be found at CCCSA's website, and games and standings can be found at ChessStream, thanks to Chacha Dejava. The Charlotte Chess Center will organize five of these invitationals in 2018, each with at least one GM norm and one IM norm round robin.  The next event will be January 11-15, 2018 (MLK Weekend), and will include players such as IM Praggnanandhaa from India and IM John Bartholomew.  Players who are interested in receiving an invitation should contact Grant Oen at grant@charlottechesscenter.org. Grant Oen is the Manager of FIDE Ratings and US Chess Titles and Certifications for US Chess.  He also works for the Charlotte Chess Center in North Carolina and is the youngest FIDE Arbiter in the United States.
SHARE: