American players have been rather busy in international play these past few weeks, and a key event kicks off tomorrow with our current U.S. Champion and the last World Championship Challenger. Without further ado, let’s take a look at where and what our best have been up to! Riga FIDE Grand Prix It went all the way to the Armageddon game, but in the end, Shakhriyar Mamedyarov was able to defeat Maxime Vachier-Lagrave and take the Grand Prix title in Riga by a score of 5-4.

Mamedyarov defeated American Wesley So in the semi-finals, with the first game of their mini-match the deciding factor. 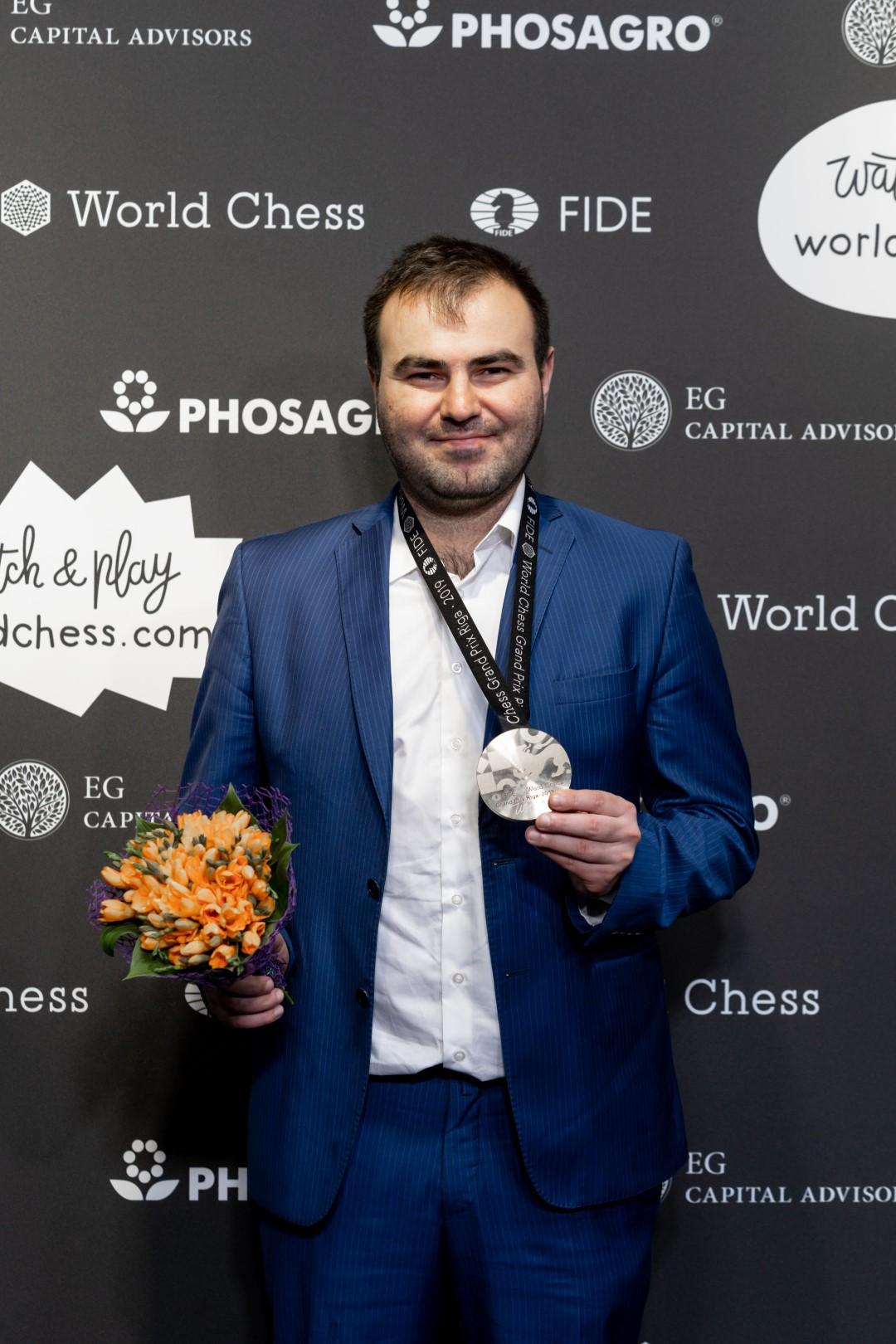 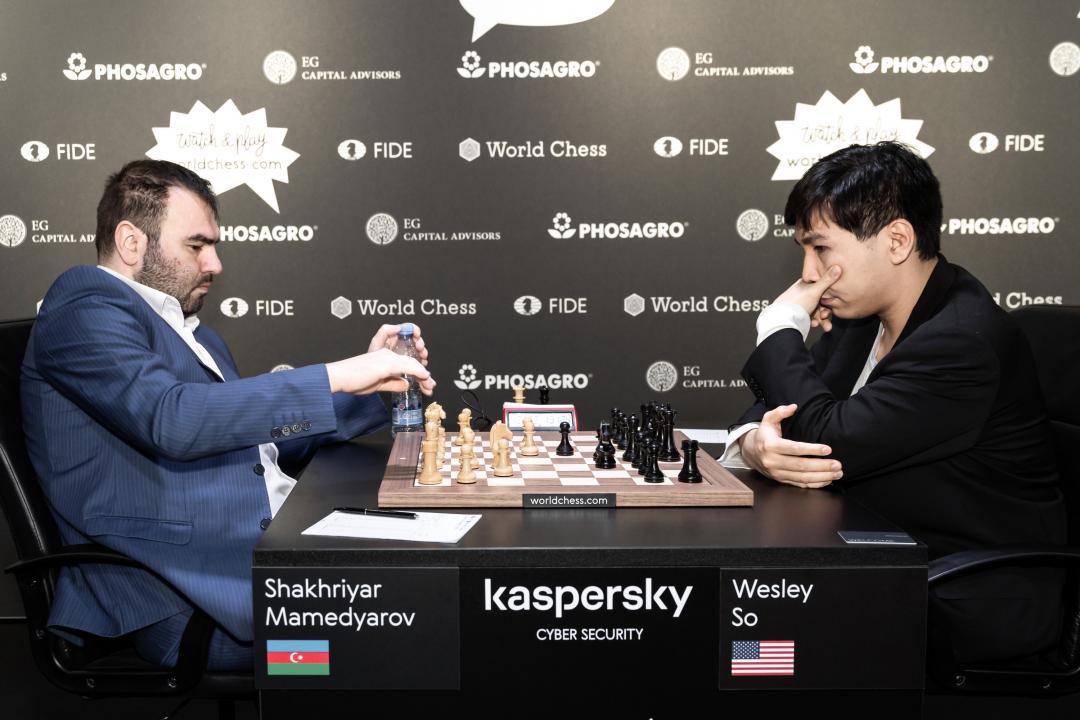 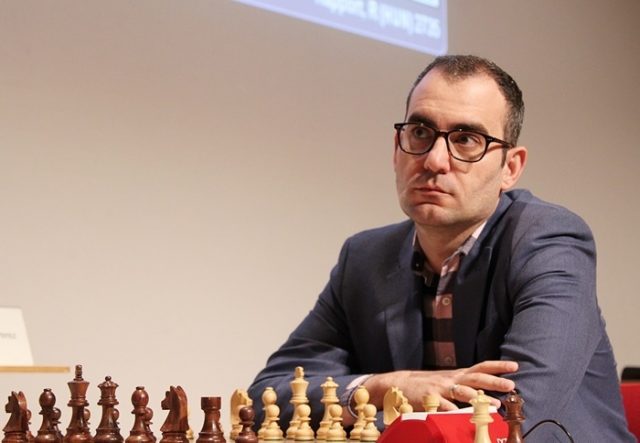 Leinier Dominguez (photo Georgios Souleidis)
Leinier Dominguez eased into first place at the 47th Dortmund Sparkassen Chess Meeting, a half-point ahead of the field at 4.5/7. The tournament ran from July 13th-21st in Dortmund, Germany.

Dominguez, who got out to an early lead with two wins in the first three rounds, including a masterpiece against Nepomniachtchi, closed out the event with four draws against the Category 19 field. But +2 turned out to be sufficient, as four players – Rapport, Radjabov, Wojtaszek, and Neopmniachtchi – ended at +1, while the rest of the field was at -2. This result makes Dominguez number 10 in the world on the current live ratings. His next event appears to be the Saint Louis Rapid & Blitz, which runs from August 10th-14th at the Saint Louis Chess Club. Biel Top seed Sam Shankland is at 2.5/4 (Classical) and 16 points (overall) on the rest day in the 2019 Biel Grandmaster Tournament, which runs from July 20-31st in Biel, Switzerland. He current stands tied for second in the Classical portion of the event, and is tied for the lead in the overall standings with Santosh Vidit. 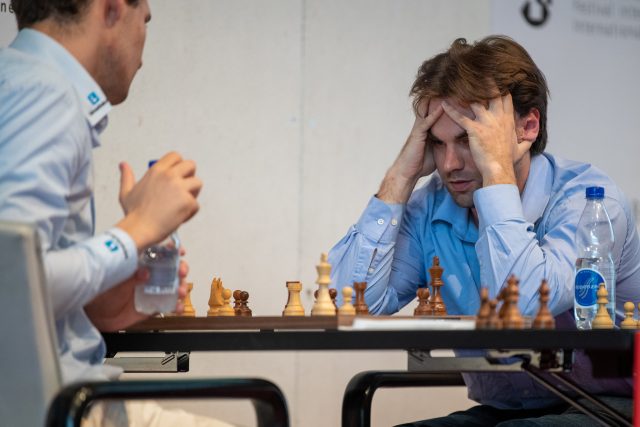 Foto: Simon Bohnenblust / Biel Chess Festival
This year’s Biel tournament features three mini-tournaments at different time controls.7 games are played at Classical controls (40/100, 20/50, G/15, with a 30 second increment from move 1), 7 are played at Rapid controls (G/15+5), and 14 Blitz games are also played (G/3+2). Scoring is done on a modified soccer schema: Shankland tied for second place in the Rapid section with 4.5/7, trailing winner Peter Leko by a half point. After four rounds in the Classical, he is a half point behind Vidit at 2.5/4. Tomorrow sees the Blitz component, after which the players return to Classical chess for the remainder of the event. Shankland has played aggressive chess in Biel, and he has been rewarded with two sharp wins over Nico Georgiadis and Iranian phenom Parham Maghsoodloo. A “Master Tournament” runs concurrently with the GM event, and six Americans – Gata Kamsky, Jeffery Xiong, Aditya Samant, Kirk Ghazarian, Steven Gaffagan, and Michael Arne – are among the competitors. Kamsky and Xiong are both tied for the lead after four rounds (of nine) with 3.5 points. Xtracon Open The 2019 Xtracon Chess Open (July 20th-28th, Copenhagen, Denmark) plays its penultimate round tomorrow. Three players – Aryan Tari, Gabriel Sargissian, and R Praggnanandhaa – are tied for first place with 7/8. Nine players are =4th-12th, including American Sam Sevian, at 6.5 points. Arizona’s Bob Wheat is also in Copenhagen for the event, and has 3 points heading into tomorrow’s Round 9 play. Coming up…. Fabiano Caruana and Hikaru Nakamura will compete in the Paris stop of the 2019 Grand Chess Tour beginning Saturday. They will face a field including fellow Tour stalwarts Maxime Vachier-Lagrave, Shakhriyar Mamedyarov, Ian Nepomniachtchi, Anish Giri, and Viswanathan Anand. Alexander Grischuk is one of the wild cards for this event, as are Jan-Krysztov-Duda and Daniil Dubov. The Rapid competition will be played from July 27th-9th, with three rounds per day, and the 18 Blitz games will be split between July 31st and August 1st. July 30th is a rest day. Live commentary from the Saint Louis Chess Club will be available in English (with Peter Svidler making his first appearance on a Saint Louis broadcast!) and French on their YouTube channel.
SHARE: