15 American juniors have made the long trip to Mumbai, India, taking up the challenge of representing the United States in the 2019 World Youth Chess Championship. The tournament runs from October 1st through October 13th. 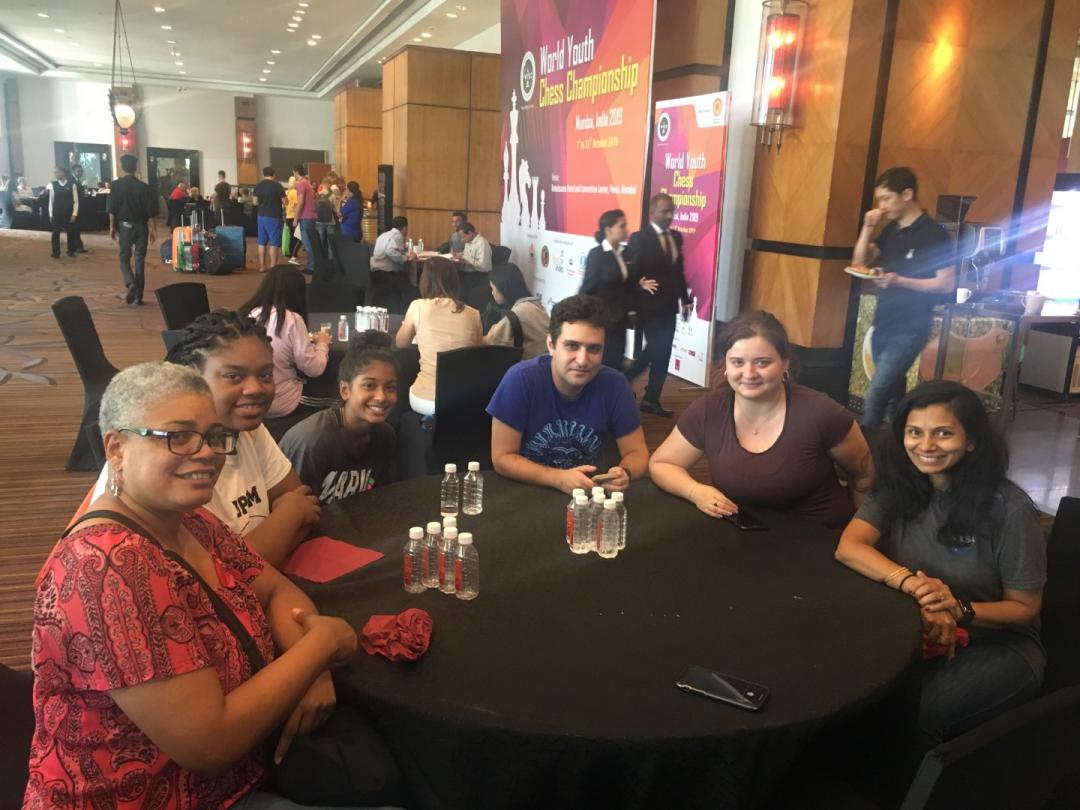 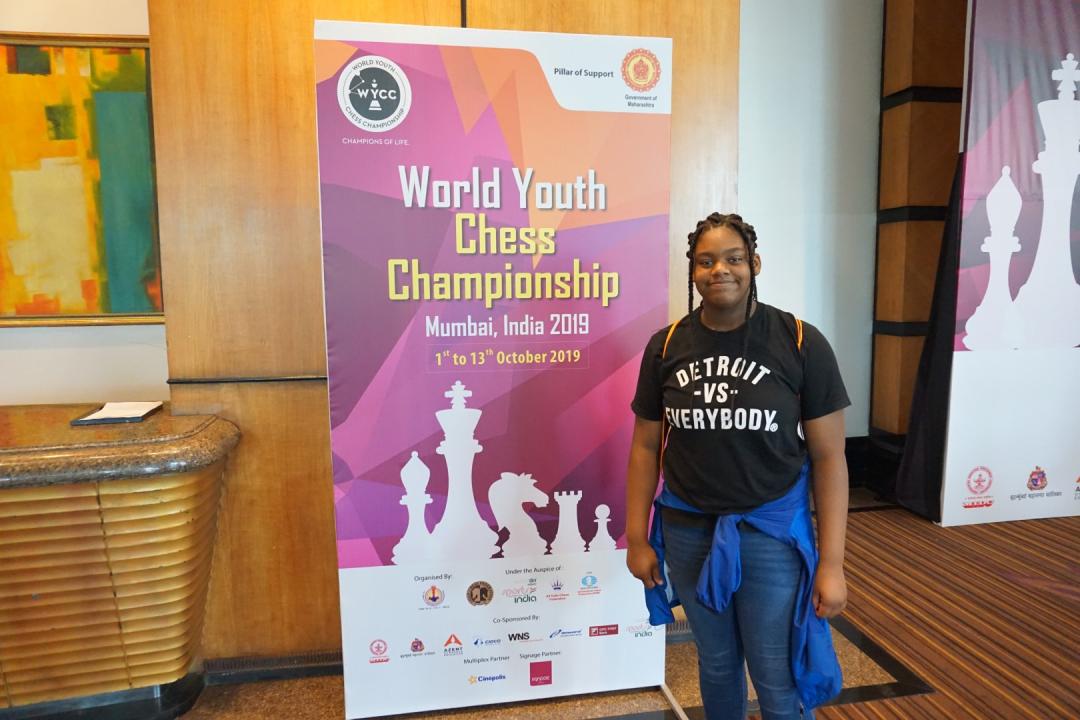 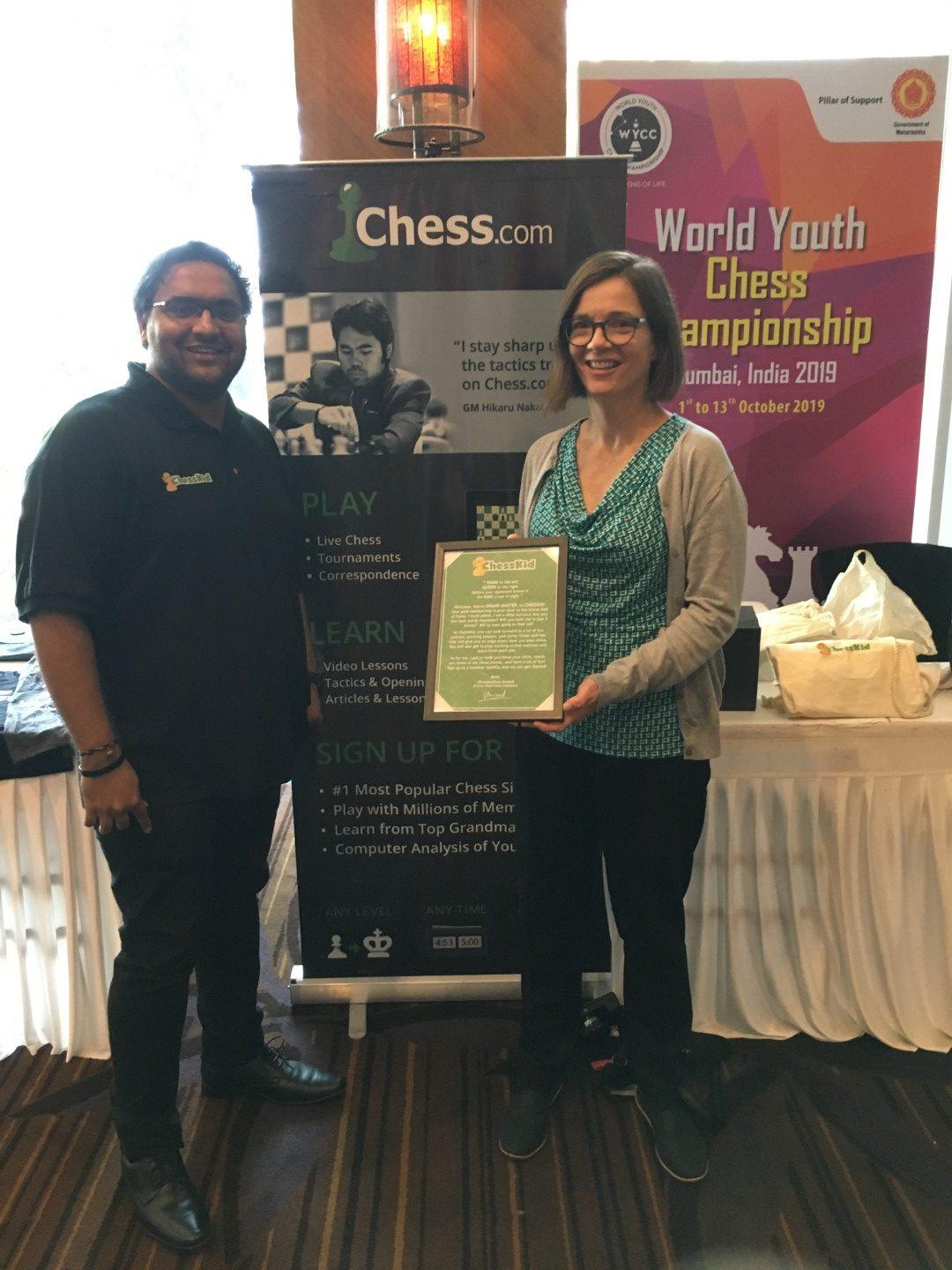 ED Meyer and the chess.com crew! 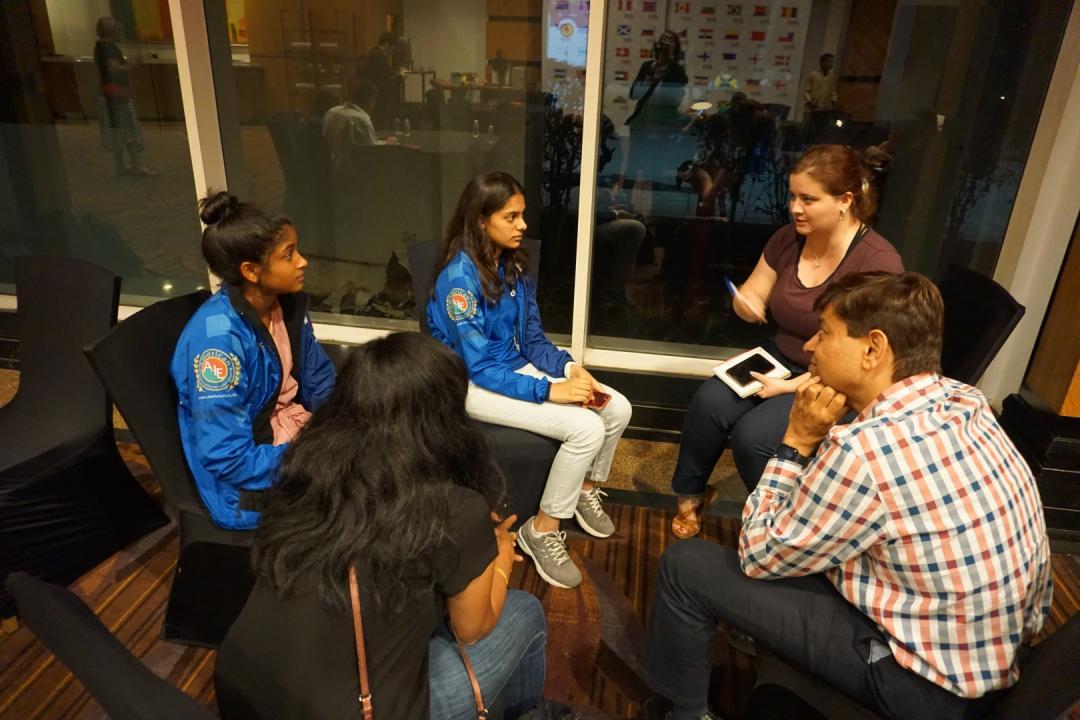 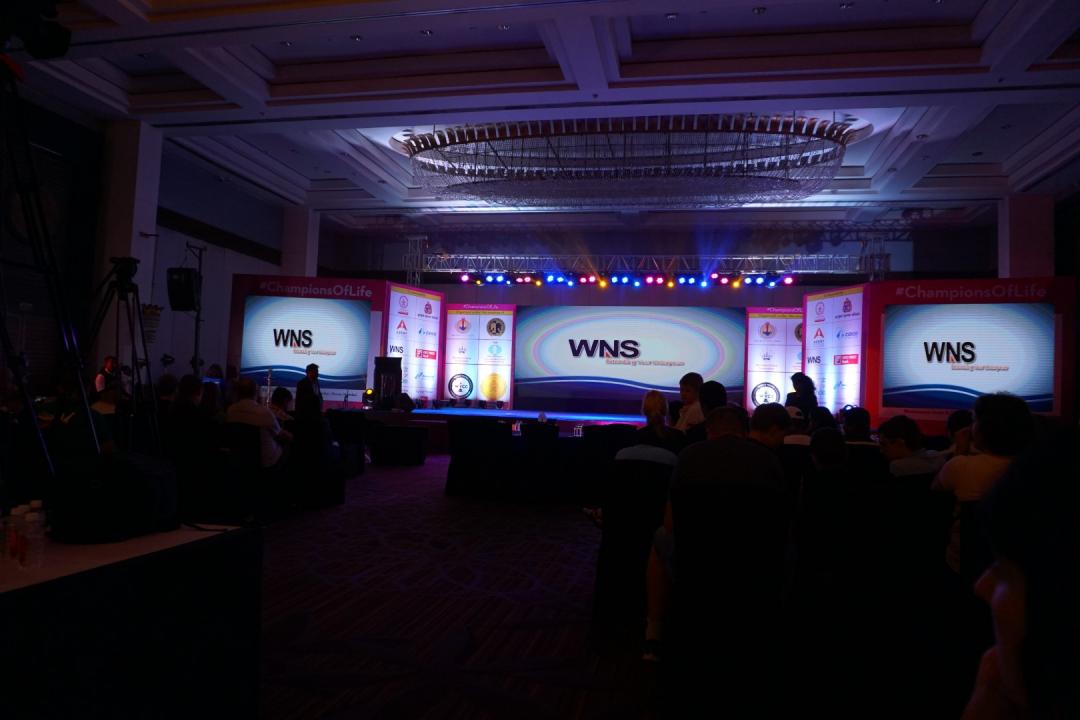 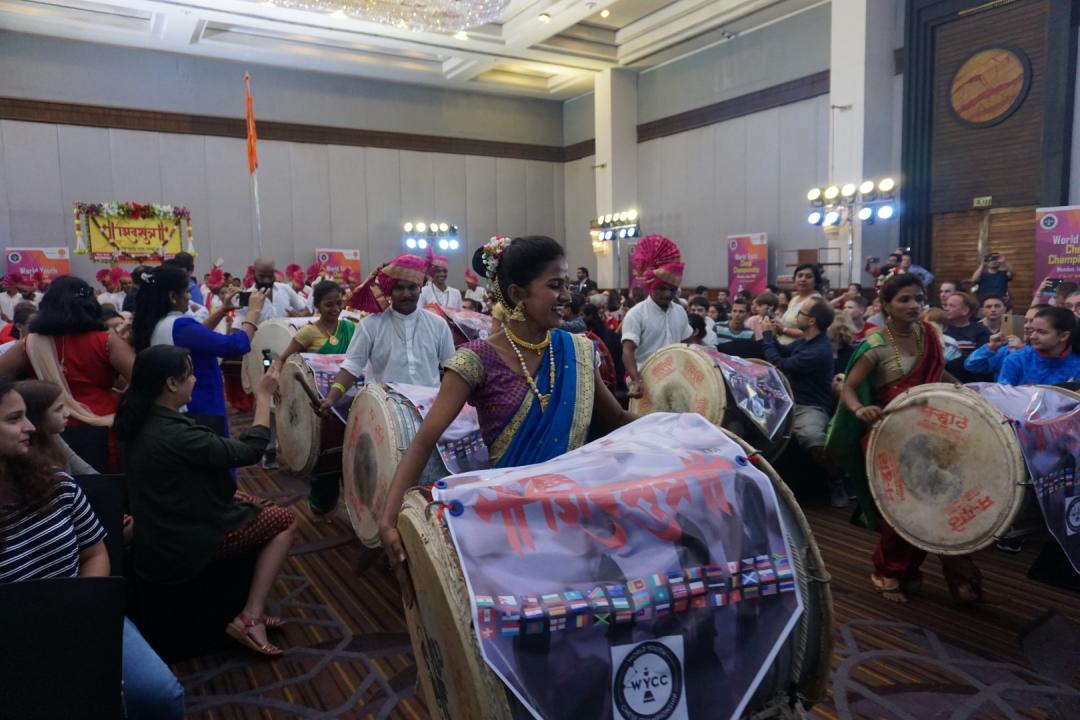 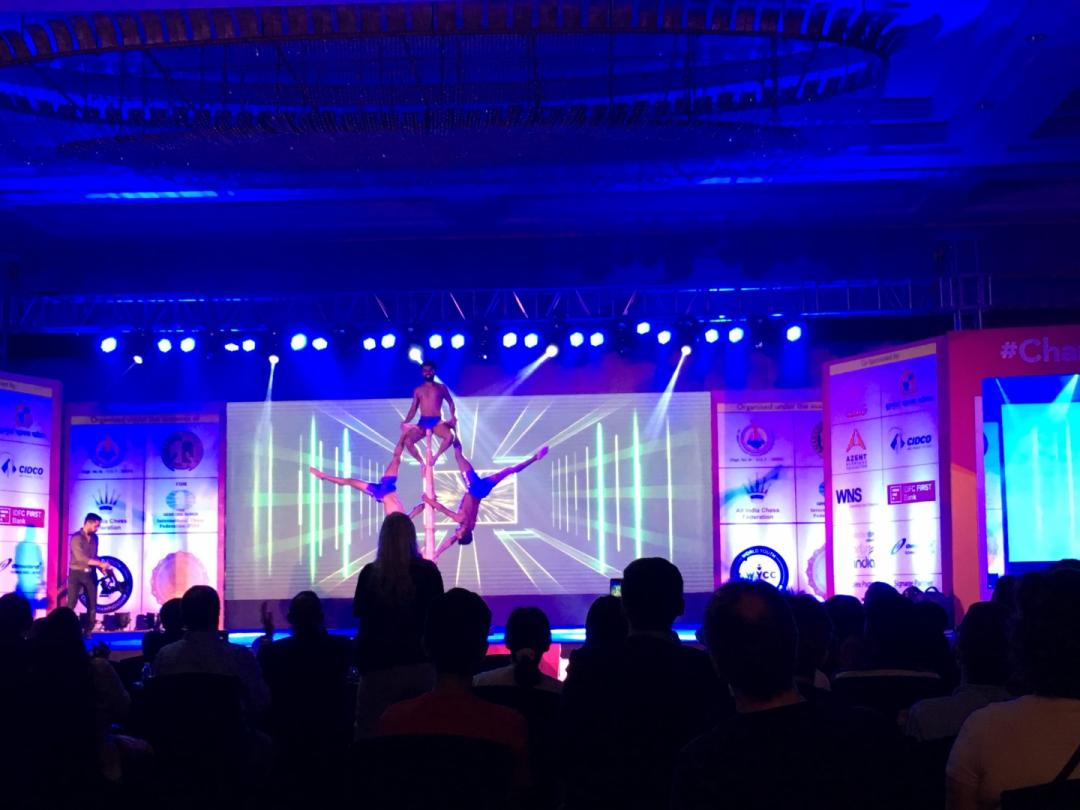 Opening Ceremony
Supported by parents, friends, and a team of five from US Chess, including Head of Delegation GM Elshan Moradiabadi, three coaches (IM Armen Ambartsoumian, WGM Sabina Foisor, FM Aviv Friedman), and US Chess Executive Director Carol Meyer, the players are preparing for tomorrow’s fourth round as this goes to press. 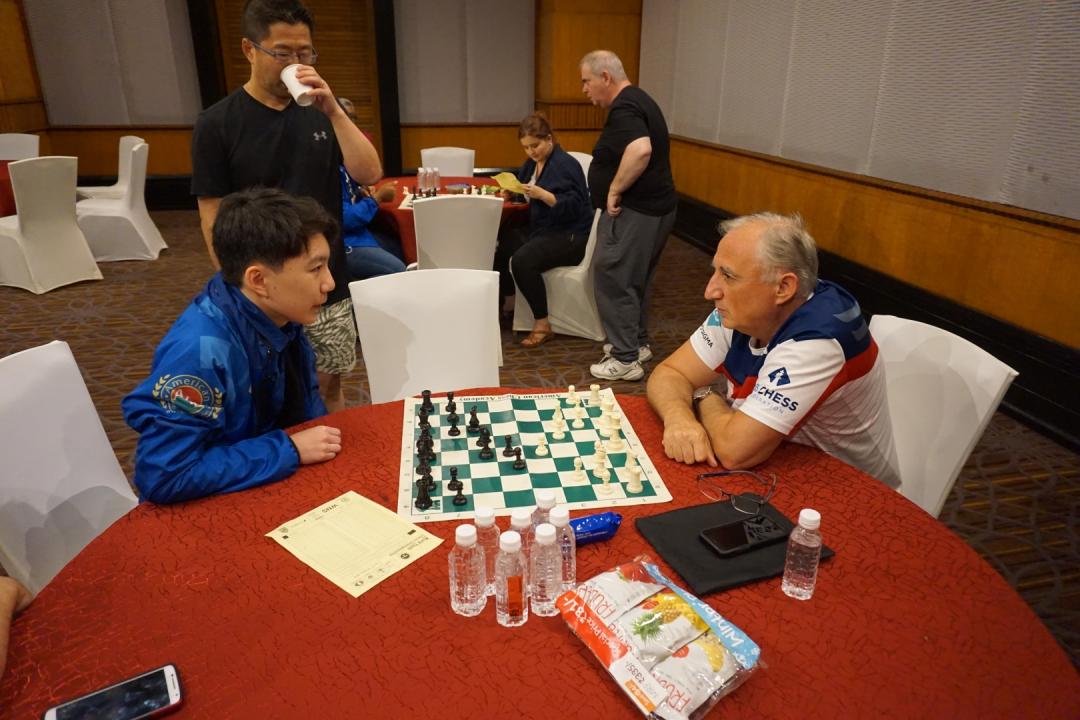 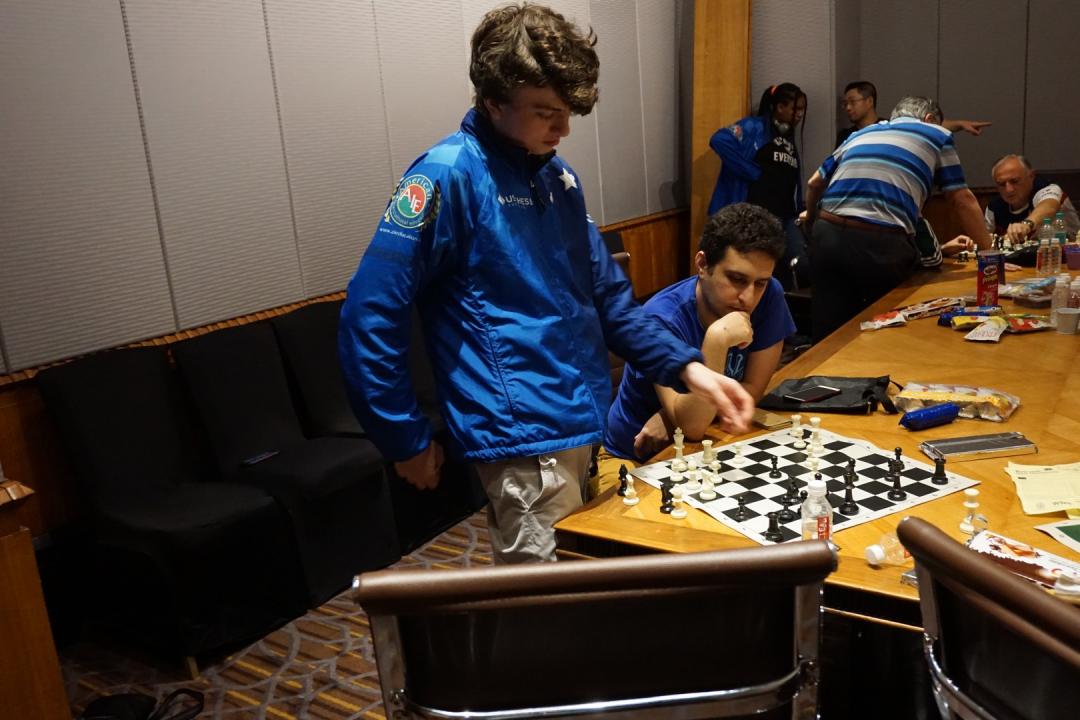 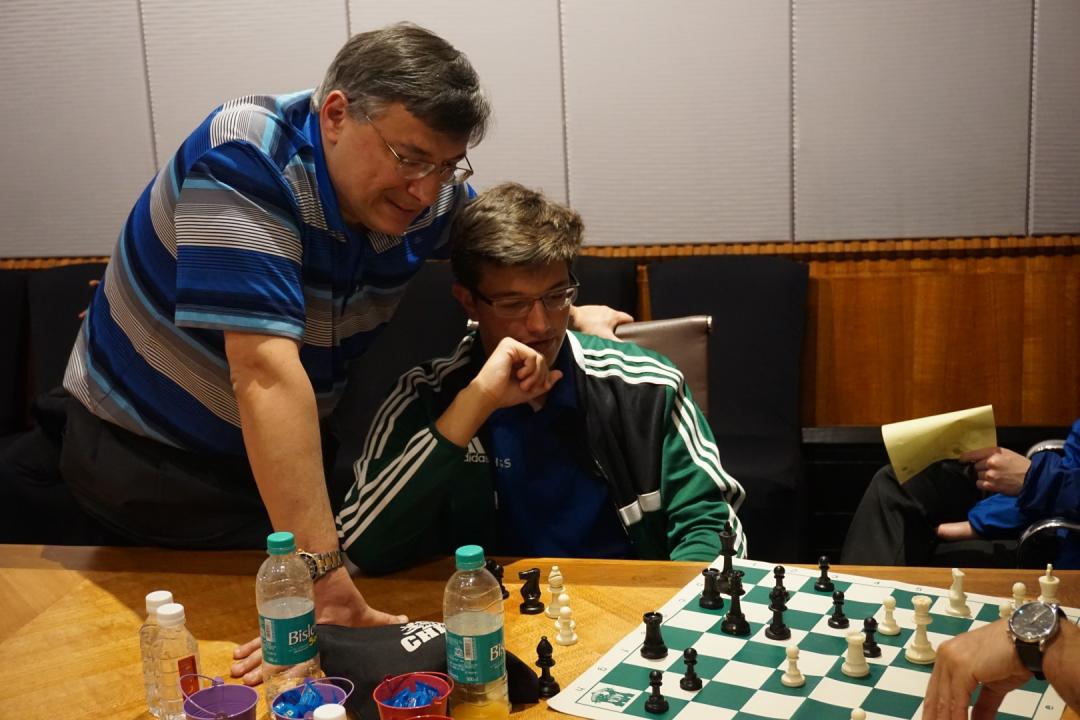 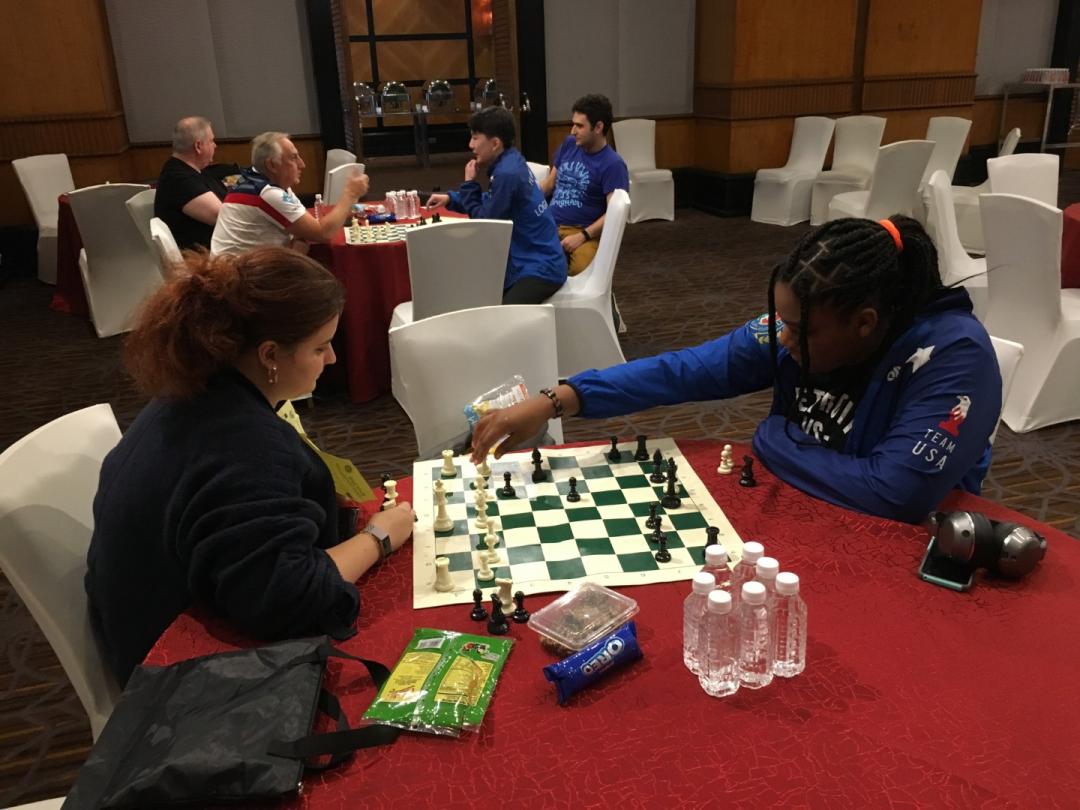 Charisse Woods and WGM Foisor
Early this morning Mumbai time, which is 11.5 hours ahead of Eastern Daylight time, Meyer wrote from Mumbai:

The US Chess Delegation to the 2019 World Youth Chess Championship in Mumbai, India has been enjoying the warm and inviting welcome from the All India Chess Federation. Treated to a 2-hour opening ceremony on October 1, the delegation enjoyed various regional dances, music and welcoming messages from a number of Indian dignitaries. The World Youth Chess Championship kicked off with Round 1 on Wednesday, October 2. While some members of the US Chess delegation were having difficulty with their travel to India, the opening round featured a strong showing with 8 wins, 2 draws, and 2 losses. Heading into Thursday there will be Rounds 2 and 3, a grueling day and the only two-game day of the tournament. The World Youth Chess Championship delegation is supported by US Chess and team uniform sponsor, American Intercultural Education.

Here are the current point totals for the Americans after three rounds. 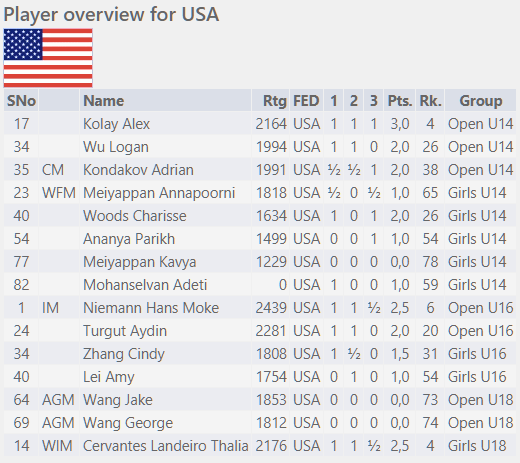