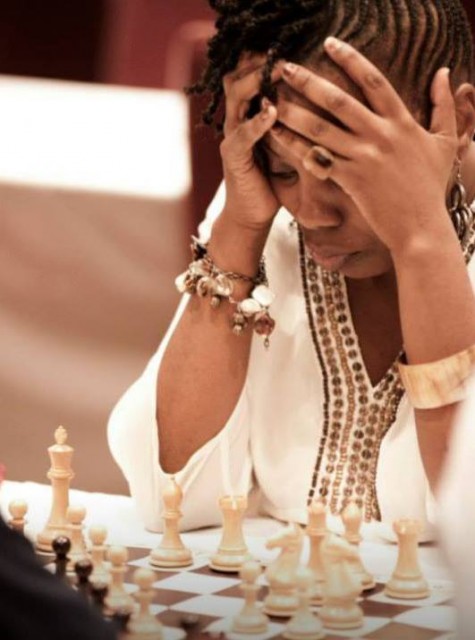 For Adia Onyango, the way to get better at chess — and in other areas of life — is through challenges. So late last year, the chess instructor from Brooklyn, New York challenged herself to play four major tournaments in 40 days. The arduous challenge led her to compete in the North American Open in Las Vegas during the last week of 2015; followed by the Boston Chess Congress; the Liberty Bell Open in Philadelphia, and the Baltimore Open, all of which took place in January. “I just wanted a little boost to start the year and motivate myself for 2016 to see how I would fare trying to do so many major tournaments within a short span of time,” Onyango said. “I just feel for myself that (a challenge) is a great motivator for kind of keeping up the energy.” Despite subjecting herself to a whirlwind itinerary of back-to-back tournaments, Onyango emerged victorious in every single one. Not only did she score money prizes in the Under 1900 section of three out of four tournaments, but Oyango also won mixed doubles prizes in all three of the tournaments in which they were offered. The results confirmed her belief that hard work, studying, eating right and staying physically fit all have their rewards. “I was happy with the consistency,” Onyango said, although she added that she had hoped to do even better. Here’s a breakdown of Onyango’s latest winning streak: 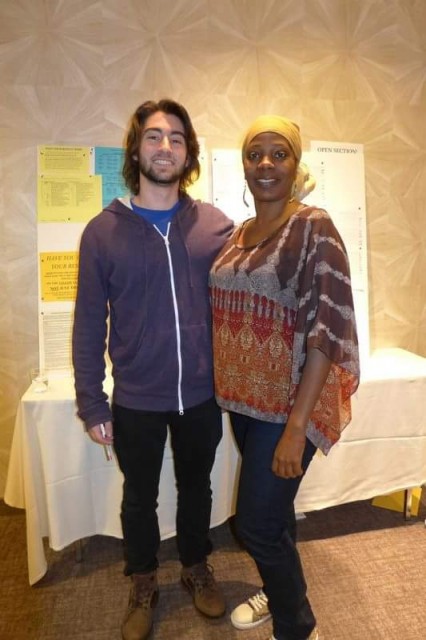 Adia with IM Alexander Ostrovskiy
The prizes brought her grand total of winnings to just over $3000 although, of course, one would have to deduct travel and lodging to get a better perspective on the payoff. Irrespective of whether her winnings represented a net financial gain, for Onyango it’s not about the prizes — it’s about putting yourself to the test and be able to endure. “The best test is actually going out and seeing how you’re doing,” said Onyango, who is likely to find herself in the Top 100 female players in the US as a result of her recent wins, which pushed her rating up to 1960. That’s just eight points shy of her peak rating of 1968, USCF records show. Onyango is no stranger to challenges. She routinely gives herself a series of personal challenges that have included a bike challenge (she bikes at least 15 miles per day every day, even during the winter). On the dietary side of things, she regularly adheres to a “green smoothie challenge,” where she consumes at least one green smoothie per day — often in place of a meal — to ensure she gets her proper intake of fruits and vegetables — namely, green apples, kale and spinach. 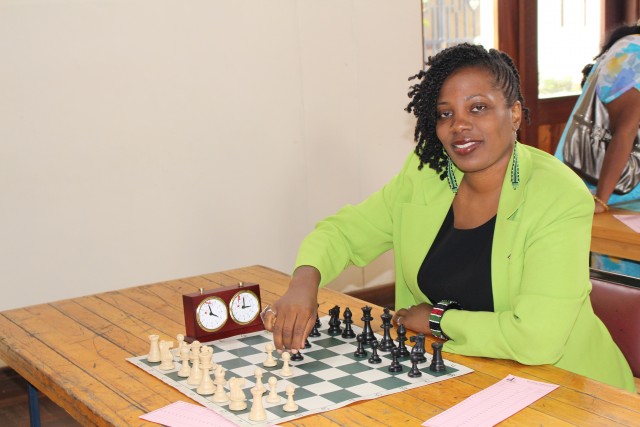 In fact, Onyango often relies on green smoothies during tournaments. She typically brings a Nutribullet miniature blender with her to tournaments so that she can keep up her green smoothie routine even when she is on the move. “Which has been a great thing because, as you know, we play five hour games, and after the second hour or so you start to get hungry,” Onyango said. Onyango says the various challenges she gave to herself began as a way to prepare for the first Millionaire Chess Open in 2014. “I decided if I was going to pay a one-thousand dollar entry fee for a tournament, then I really need to start to own the things I say I feel are important, which are fitness and nutrition in addition to studying chess, and so at that point I started these challenges,” Onyango said. Onyango is a big fan of the mixed doubles prizes, which seem to be becoming more commonplace. “I think mixed double prizes is a great thing that’s being created,” Onyango said. “I think it really has increased some of the interaction between men and women on and off the chessboard.” But as far as being a mixed doubles partner with Onyango, male players should not expect her to agree just because they asked nicely. When it comes to picking a partner, Onyango — as this writer knows from firsthand experience — is rather selective, which is perhaps one of the rare advantages associated with the fact that, globally, male players outnumber female players by a ratio of about 12 to 1. “I look for someone that might do well,” Onyango said. “Sometimes, it’s just the luck of the draw.” Onyango wouldn’t reveal exactly what kind of formula she uses to pick a mixed doubles partner, but it is evidently rooted in some sort of numerical analysis. “I’m frequently one who looks at facts and figures. That’s part of my DNA,” Onyango said. “I don’t just ignore numbers.” Asked what her next challenge would be in the area of chess, Onyango said she hopes to “break the expert barrier” before the end of the year. “Hopefully it can happen at the Millionaire Open in 2016,” she said. Onyango also hopes to play at the Mid-America Open in St. Louis, but she admitted she has another motive for wanting to visit St. Louis. “I want to do so more because I want to see the new exhibit on women in chess,” Onyango said in reference to the exhibit at the World Chess Hall of Fame. The latest such exhibit is called "Her Turn: Revolutionary Women of Chess."  The exhibit launched this month and runs through September 4. Another exhibit, titled "Ladies Knight: A Female Perspective on Chess," runs through May 1, so for a short while, visitors will be able to see both exhibits that feature women in chess. 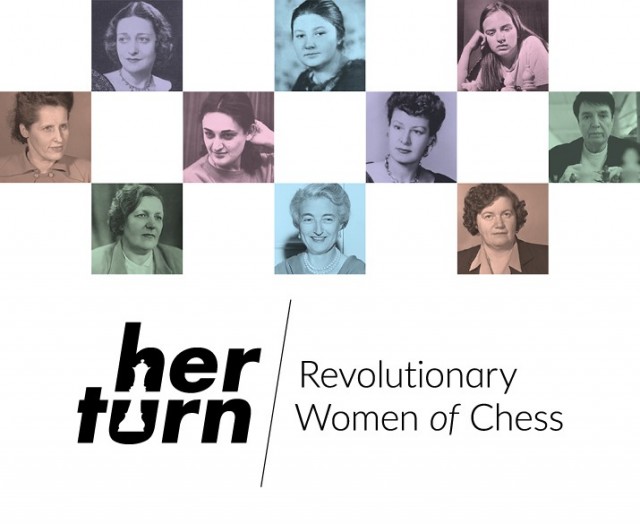 As a world traveller, Onyango also wants to challenge herself to play in at least one tournament abroad. “This year hopefully I’ll play in Italy or Paris,” she said. 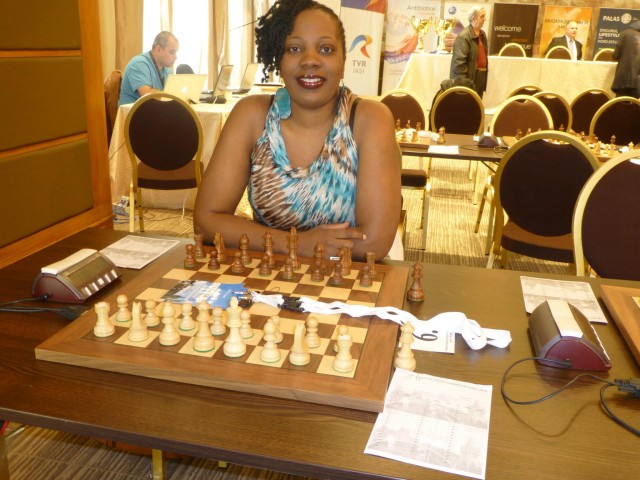