Aagaard on the Candidates: Round 1

For the first installment of his "Candidates Game of the Day" series, GM Jacob Aagaard has analyzed the round 1 battle between Anish Giri and Ian Nepomniachtchi as only he could - deeply, extensively, definitively. This is the analysis that the experts will be quoting tomorrow, and we have it exclusively here at Chess Life Online.

Below we provide Aagaard's analysis in replayable format. For those who prefer paper, boards, and pieces, we have created a pdf version. (We'll try to improve this in the days ahead.) 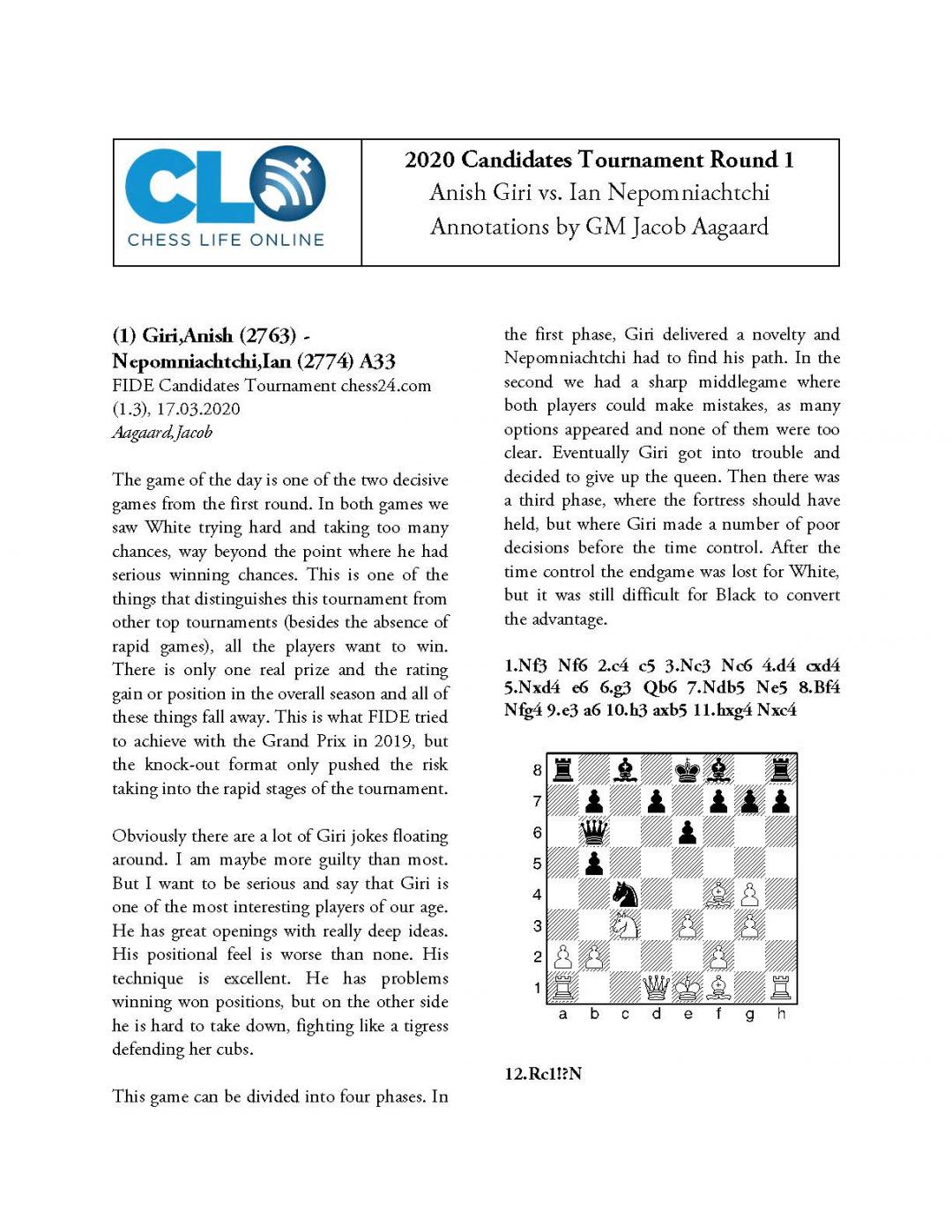 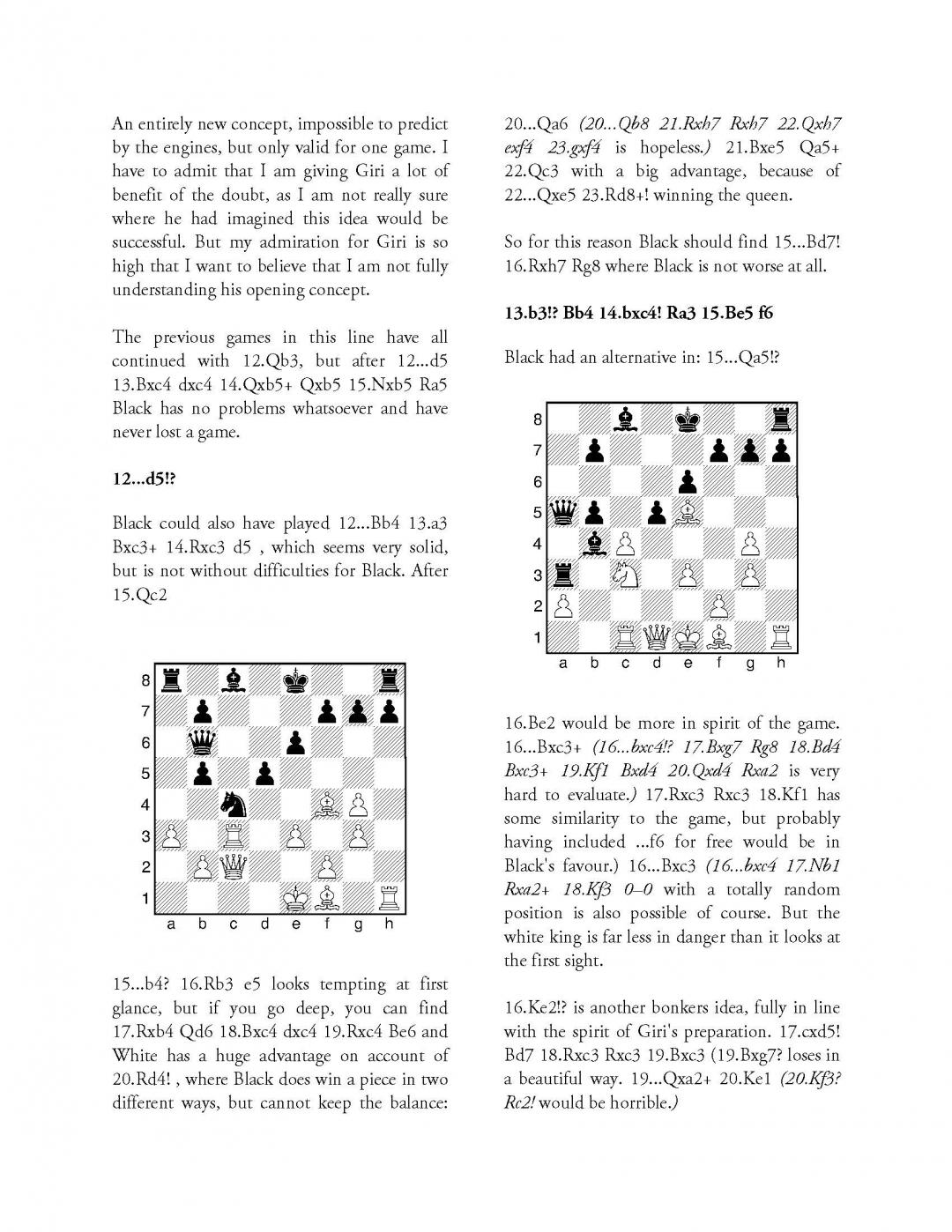 You can also check out an alternative replayable version posted in the ChessBase Cloud. In his introduction to the game, Aagaard writes:

The game of the day is one of the two decisive games from the first round. In both games we saw White trying hard and taking too many chances, way beyond the point where he had serious winning chances. This is one of the things that distinguishes this tournament from other top tournaments (besides the absence of rapid games), all the players want to win. There is only one real prize and the rating gain or position in the overall season and all of these things fall away. This is what FIDE tried to achieve with the Grand Prix in 2019, but the knock-out format only pushed the risk taking into the rapid stages of the tournament. Obviously there are a lot of Giri jokes floating around. I am maybe more guilty than most. But I want to be serious and say that Giri is one of the most interesting players of our age. He has great openings with really deep ideas. His positional feel is worse than none. His technique is excellent. He has problems winning won positions, but on the other side he is hard to take down, fighting like a tigress defending her cubs. This game can be divided into four phases. In the first phase, Giri delivered a novelty and Nepomniachtchi had to find his path. In the second we had a sharp middlegame where both players could make mistakes, as many options appeared and none of them were too clear. Eventually Giri got into trouble and decided to give up the queen. Then there was a third phase, where the fortress should have held, but where Giri made a number of poor decisions before the time control. After the time control the endgame was lost for White, but it was still difficult for Black to convert the advantage.

US chess goes big time with…

US chess goes big time with fantastic authoritative Aagaard..my how times have changed. Have waited 65 years for this kind of coverage from the boss US chess agency. He is worth every penny. Jude Acers/ New Orleans