The 4th Annual New York State Girls Championship was held November 23-24, hosted by Columbia Grammar and Preparatory School, located on NYC's Upper West Side. 314 girls chose to spend a part of their rainy weekend playing chess, marking a new record for attendance at a state girls' championship. The K-12, K-6, and K-3 Championships all ran as two-day events with 6 rounds; the K-1 Championship, K-12 U1200, K-6 U900 and K-3 U600 were all played solely on Sunday, November 24 as one-day, 5-round events. 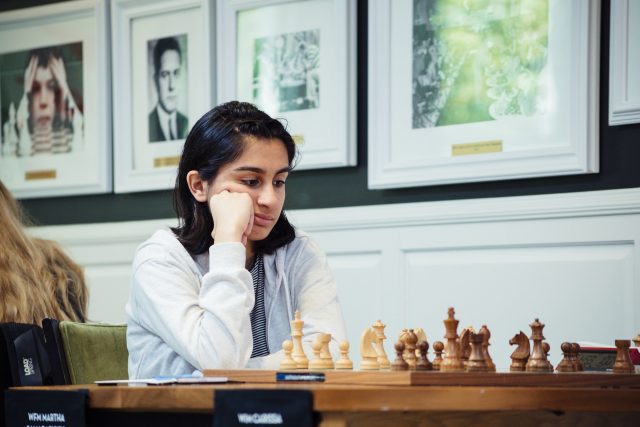 Defending Haring National Girls Tournament of Champions winner WFM Martha Samadashvili tied for first with Evelyn Zhu, each with 5/6 in the K-12 Championship. They are both considered NYS Girls Co-Champions. However, due to better tiebreaks, Samadashvili, for the third consecutive year, qualifies into the Haring National Girls TOC. Tying for third were Ellen Wang, Jenny Zhu and Iris Mou. In round 3, Samadashvili overpressed in the endgame against Katrina Wong; then Katrina defeated Julia Miyasaka in round 4 to move into sole possession of first place with 4-0!

In round 5, Iris Mou took over first place with a win over Katrina Wong. Meanwhile, Evelyn Zhu made steady progress when a surprise tactic appeared against Nura Baalla. And Martha Samadashvili continued her recovery by defeating Jenny Zhu. Then in round 6, with Mou at 4.5/5 and a number of players trailing by a half-point with 4, Samadashvili won against Mou after a very complicated opening, and Evelyn Zhu defeated Wong. Thus, Martha Samadashvili and Evelyn Zhu tied for first with 5 points. In the K-6, Championship, Rose Morden won with a perfect score of 6-0!, This is after placing 2nd last year, when her sister Simone had won! Rose defeated Aliana Fausto in round 4, but Aliana bounced back to take 2nd place in the event with 5/6. In round 5, Rose won against Chelsea Prep teammate Whitney Tse, who later finished 3rd with 4.5. In the K-3 Championship, Megan Paragua, niece of famous GM Mark Paragua, scored 5.5/6 to become champion. Summer Loh, who had drawn with Megan in round 5, finished with 5 points to earn second place. 7 players tied for third place with 4 points. In the K-1 Championship, Alice Chovanec scored a perfect 5-0 to win the championship (this was a one-day, 5-round event). Emma Phu finished with 4.5 to take clear second, and 7 players tied for 3rd with 4 points. 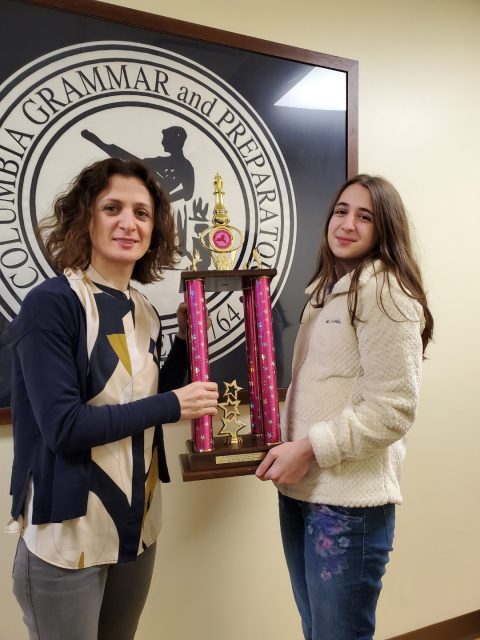 In the K-12 U1200, on a day when IM Rusa Goletiani was on hand to analyze games, Rusa's daughter Sophie Surugladze won with a perfect 5/5. In the K-6 U900, both Naira Gonzales and Angelina Edwards scored 5/5; Naira took first by winning the playoff. In the K-3 U600, Rose Kagan scored 5/5 to win first place. Complete individual and  team prizes are listed on the tournament website at chessgirls.win. The site also links to broadcasted games from the 12 DGT boards used throughout the event. 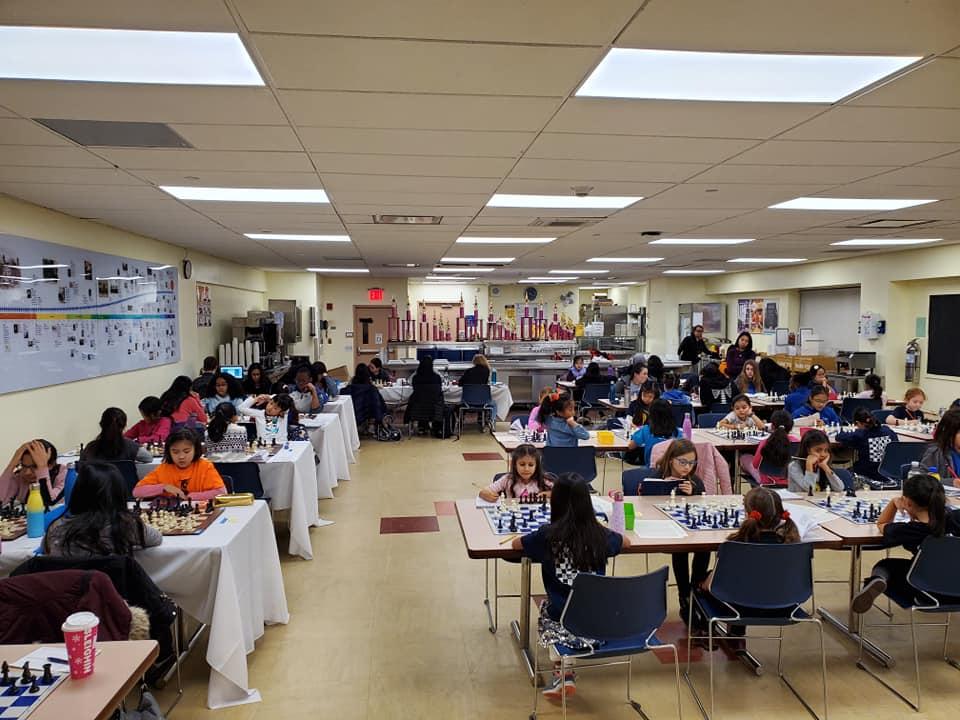 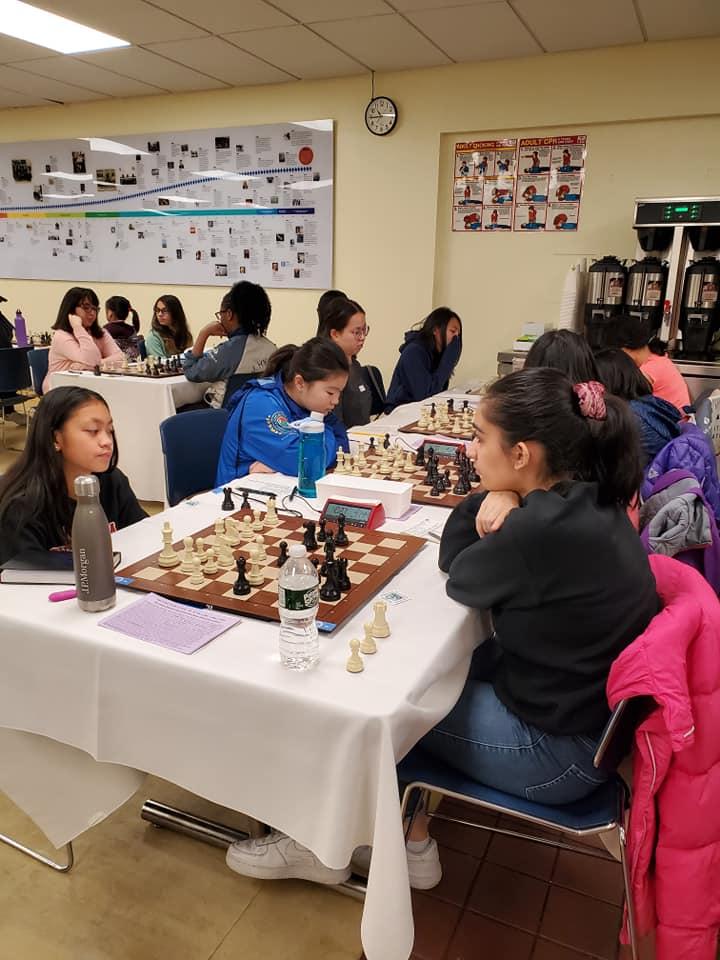 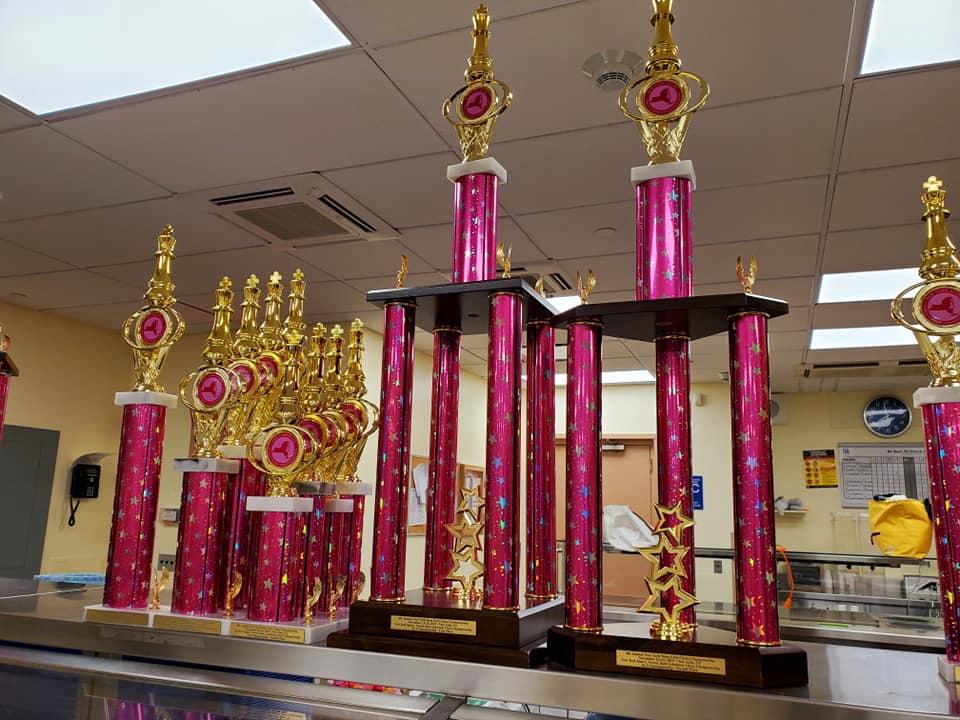 The event was organized and directed by the Chess Center of New York, led by Steve Immitt, and Little House of Chess, led by Sophia Rohde. Thanks are due to Columbia Grammar and Preparatory School, which hosted the event, and  to the New York State Chess Association for its support. Additional thanks are due to schools and organizations which periodically hold girls chess events, including Chess-In-the-Schools, Spence School, Chapin School, and others. Thanks are also due to CGPS volunteers, to all the parents, and to the tournament staffs of Chess Center of New York and Little House of Chess: Danny Rohde, Hector Rodriguez III, Maya McGreen, Anatoly Ostrovskiy, Harry Heublum, Polly Wright, Harold Stenzel, Jaimie Melanson, Makiko Nozaki, Beena McGreen, Karl Heck, Helen Xue, Kofi McGreen, Mariah McGreen, Ebony Tyler, and Eugene Amankwah.