2022 US Chess Championships, Round 2: Upsets Galore! 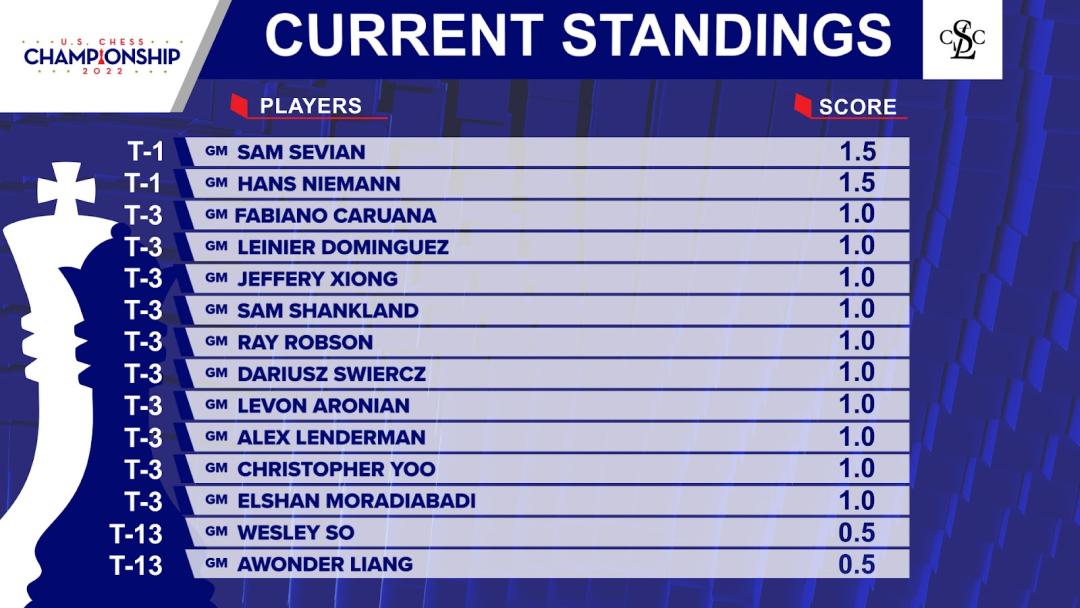 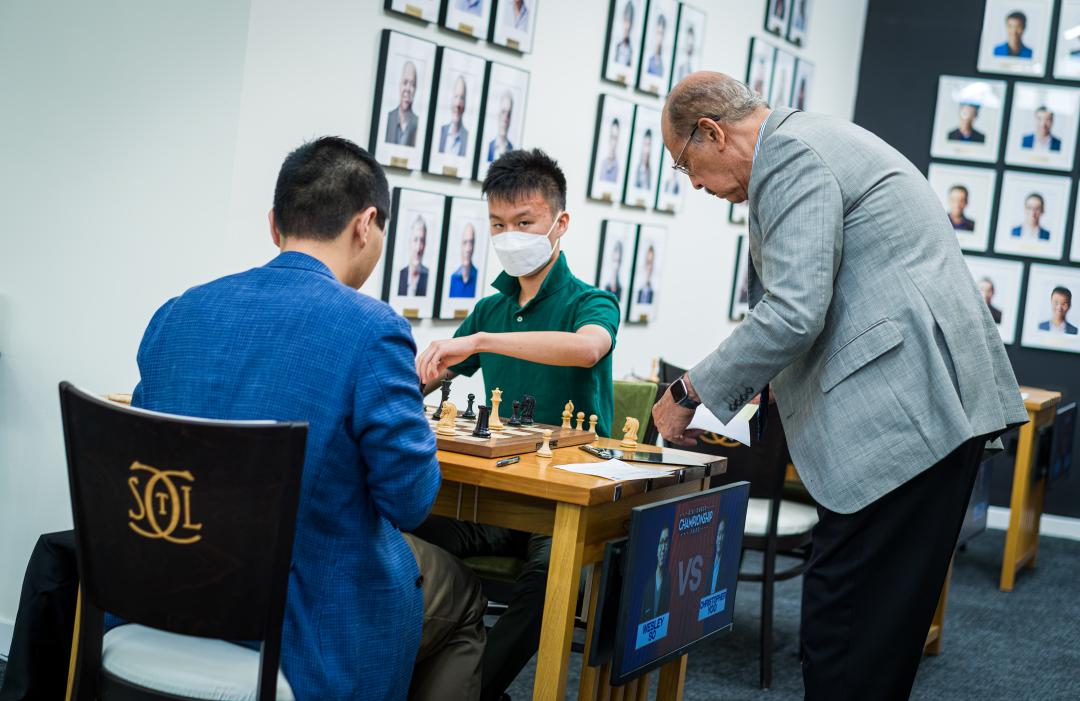 Usually one of the most precise defenders in the world, So uncharacteristically missed a number of key moves, giving Yoo a vital victory.

So is the highest-rated player that Yoo has defeated, so this win must give the youngest player in the field confidence. But with the Championship being 13 rounds this year, there remains plenty of time for So to rebound and try to defend his crown.

The other five games were all drawn – GM Levon Aronian versus GM Leiner Dominguez-Perez was a solid Petroff Defense, and GM Ray Robson played former champion GM Fabiano Caruana to a standstill in a Catalan Opening. GM Dariusz Swiercz and former champion GM Sam Shankland battled in an interesting theoretical line of the Exchange Grünfeld, but the game petered out into a drawn rook endgame. The game between GM Aleksandr Lenderman GM Sam Sevian was a Catalan Opening that resolved into a drawn opposite-colored bishop endgame.

Much attention was understandably focused on the matchup between GM Hans Niemann and GM Jeffery Xiong. After Xiong surprised with a Steinitz Variation of the French Defense – he usually plays the Winawer — Niemann was winning out of the opening, but faltered in the middle game, allowing Xiong to split the point. 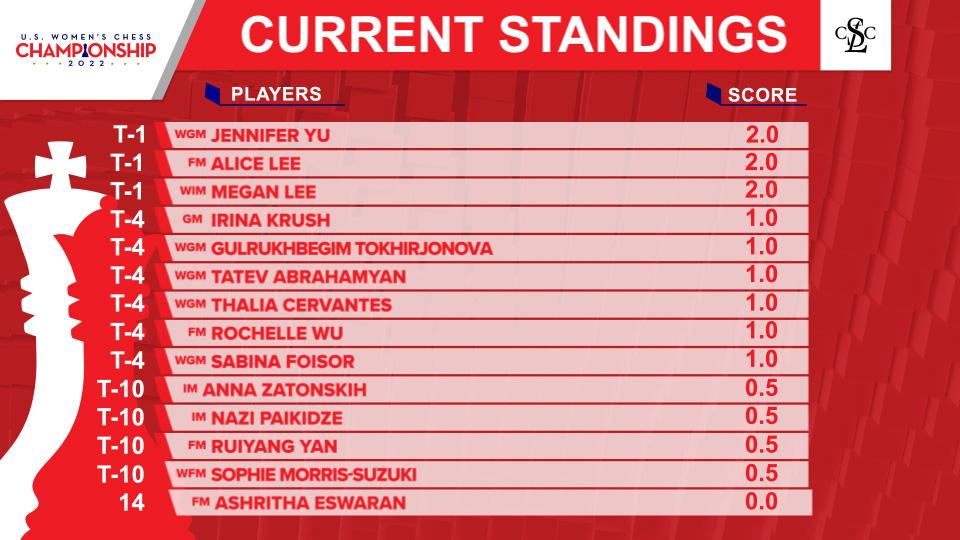 In our featured game, IM Nazi Paikidze went astray by leaving her king in the center for too long versus WIM Megan Lee. Black was able to exploit the position to win material and the game.

After two rounds in the Open Championship, Hans Niemann and Sam Sevian have jumped to the early lead with 1½ points, Niemann’s play has been very impressive, and he could have easily been in first place by himself with two points with a bit of luck. Sevian had a fantastic Championship last year, tying for first place with So and Caruana last year only to lose in a rapid playoff. The highest-rated players would be prudent to not let these two run away from the field. Sevian is White versus Levon Aronian in round three, and Niemann has Black versus Sam Shankland, so these promise to be exciting games.

The Women’s Championship features a three-way tie for first with FM Jennifer Yu, FM Alice Lee, and WIM Megan Lee all at 2/2. Yu revealed on the Saint Louis Chess Club broadcast that she is trying to keep up with her Harvard classwork during the tournament, so it will be interesting to see how that affects her going forward. Six players, led by top seed GM Irina Krush, are a full point behind with 1 point out of two rounds. GM Krush will have Black versus WIM Megan Lee in round three, giving her an opportunity to get right back into the mix.