A majority of games in Tuesday’s sixth round of the 2022 U.S. Championship and Women’s Championship were decisive, making round six the bloodiest so far. This was mainly thanks to the Women, where five out of seven games had a winner. Things are starting to heat up! 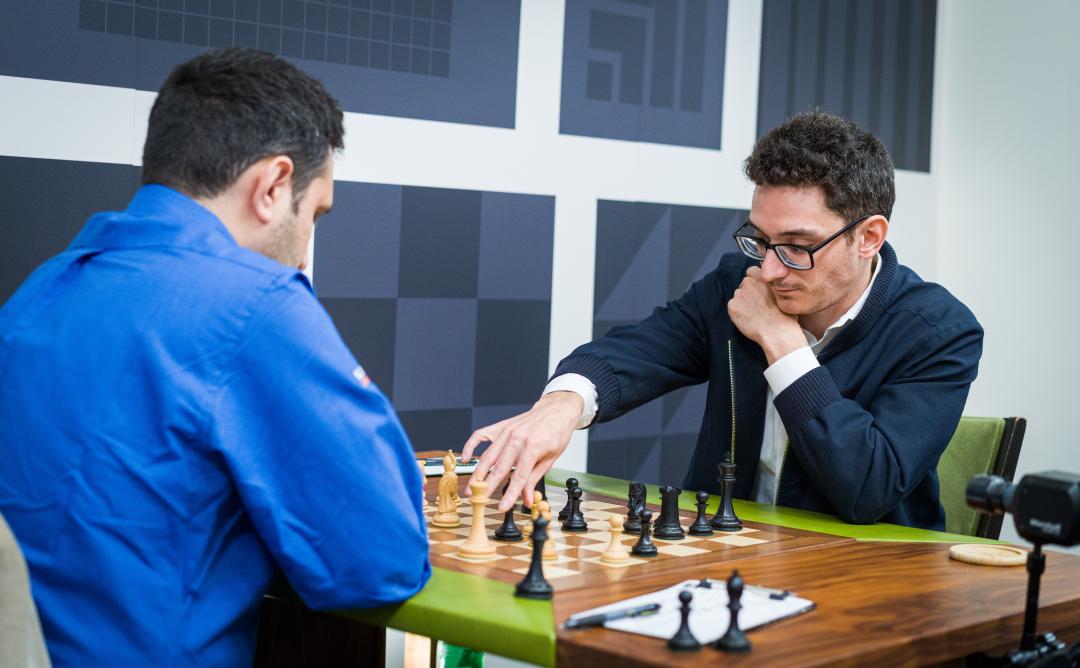 GM Fabiano Caruana increased his lead to full a point with a convincing win against GM Elshan Moradiabadi. Moradiabadi’s opening play turned out to be overly adventurous, and Caruana took hold of the dark squares in instructive fashion:

GM Hans Niemann’s loss to GM Ray Robson was rather strange. After obtaining a risk-free, albeit equal position out of the opening, Niemann pursued an attack without having the positional grounds to do so. Spending only two-and-a-half minutes combined on moves 25, 26, and 27, he went from marginally worse to dead lost and sank into thought only when it was already too late:

This game moves Robson up to an undefeated +1, good enough to tie for second place in the standings.

GM Levon Aronian’s troubles continued, as he suddenly blundered in an unclear position against GM Darius Swiercz. All other games were drawn. Perhaps the most notable was GM Alex Lenderman’s game against GM Sam Shankland, where Lenderman sacrificed a piece but elected to take a draw by repetition instead of rolling the dice further.

An interesting sidenote: all of Tuesday’s decisive games in the Open Championship were won by Black!

Today’s round augurs well for Caruana, at least on paper. He has White against Lenderman, while Robson faces a difficult pairing in GM Wesley So. Meanwhile, the other two players tied for second – GM Sam Sevian and GM Awonder Liang – both play Black against higher-rated opponents (admittedly, the difference between Sevian and his opponent, Shankland, is only 28 points). For now, Caruana – gaining 8.7 rating points and now ranked fifth in the world – seems to be in firm command of the tournament.

GM Irina Krush and FM Jennifer Yu remain engaged in battle for the top spot in the Women’s Championship. 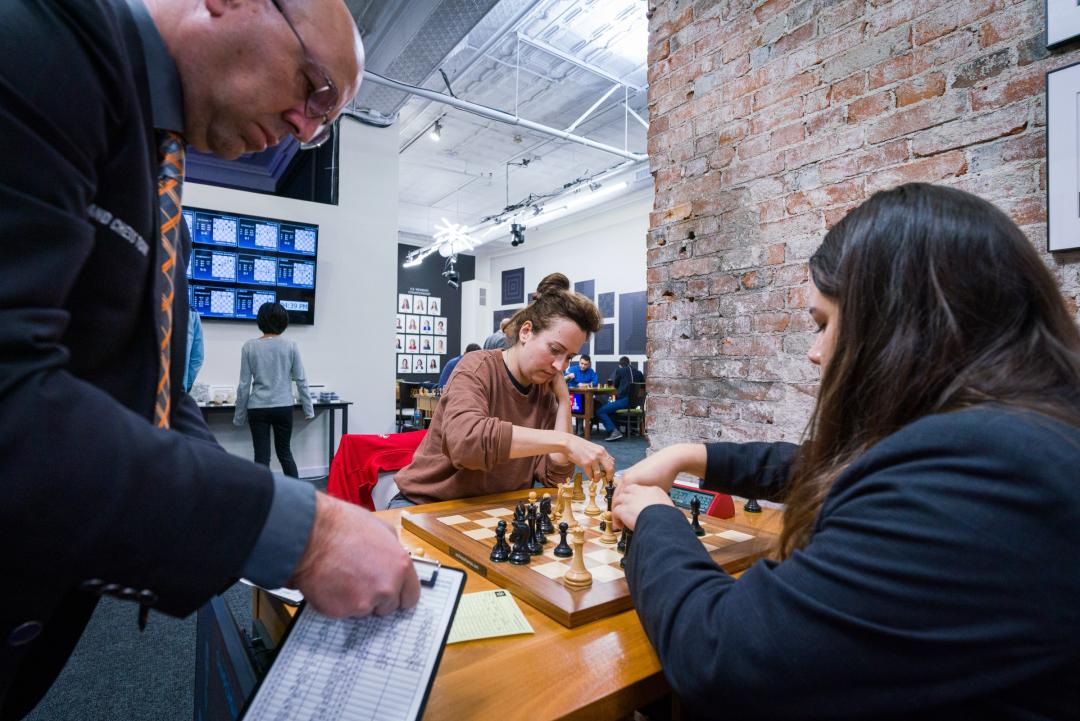 Krush caught up with a smooth win against FM Thalia Cervantes Landeiro:

Meanwhile, Yu went all-out against 12-year-old FM Alice Lee, in a back-and-forth game where both players had chances but eventually split the point. 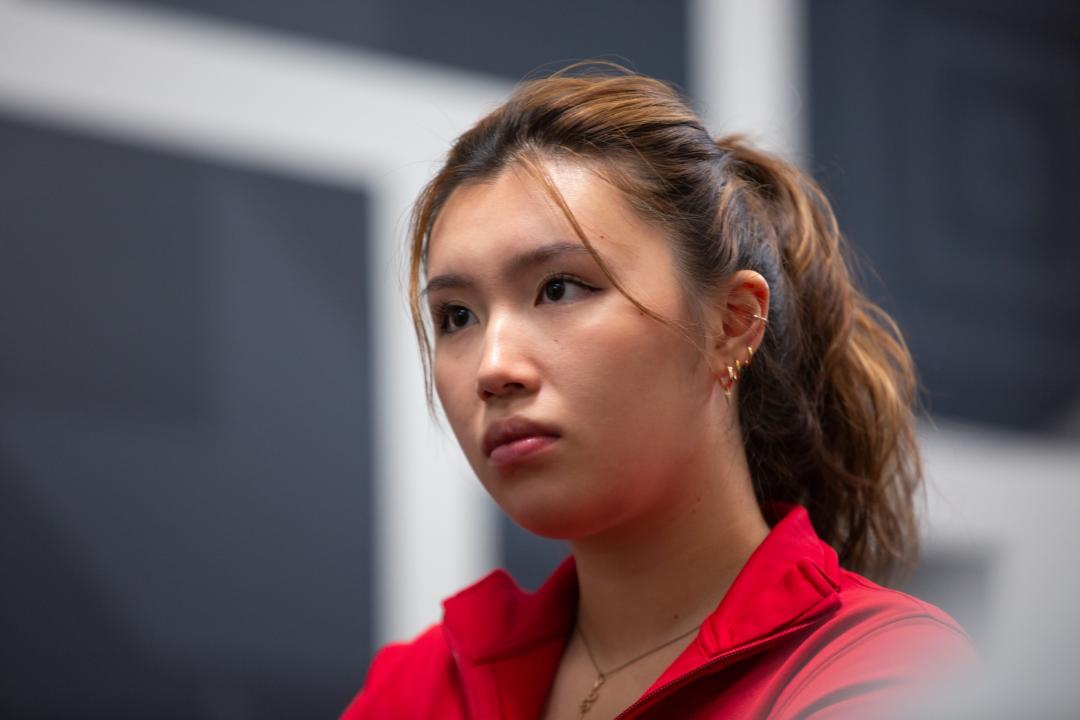 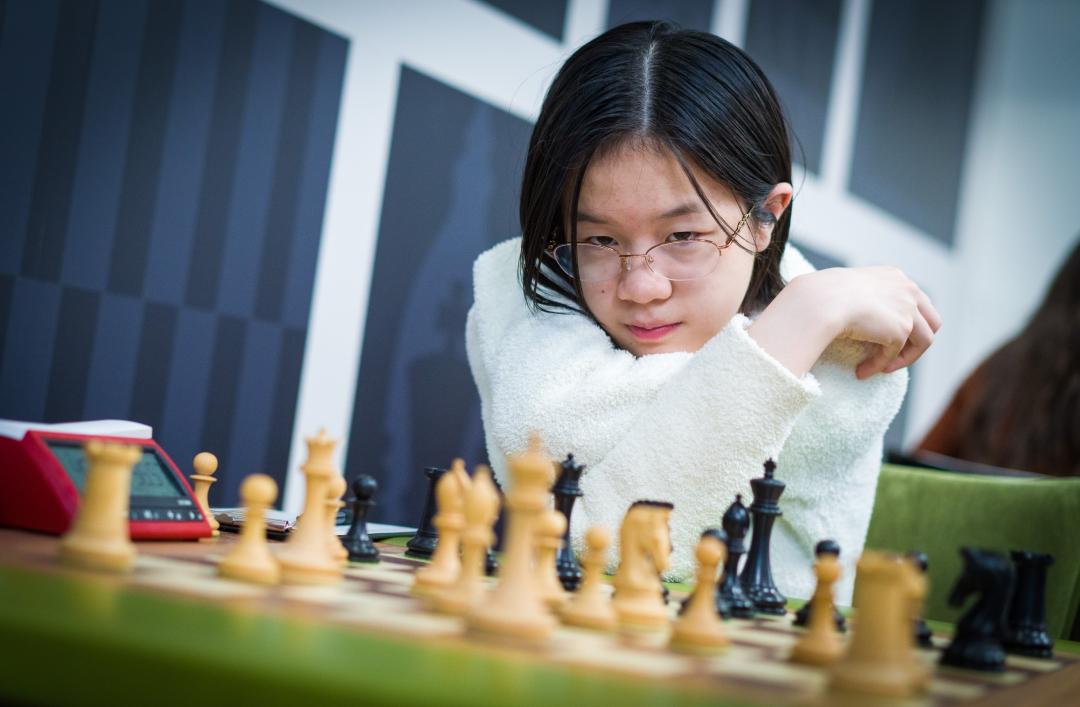 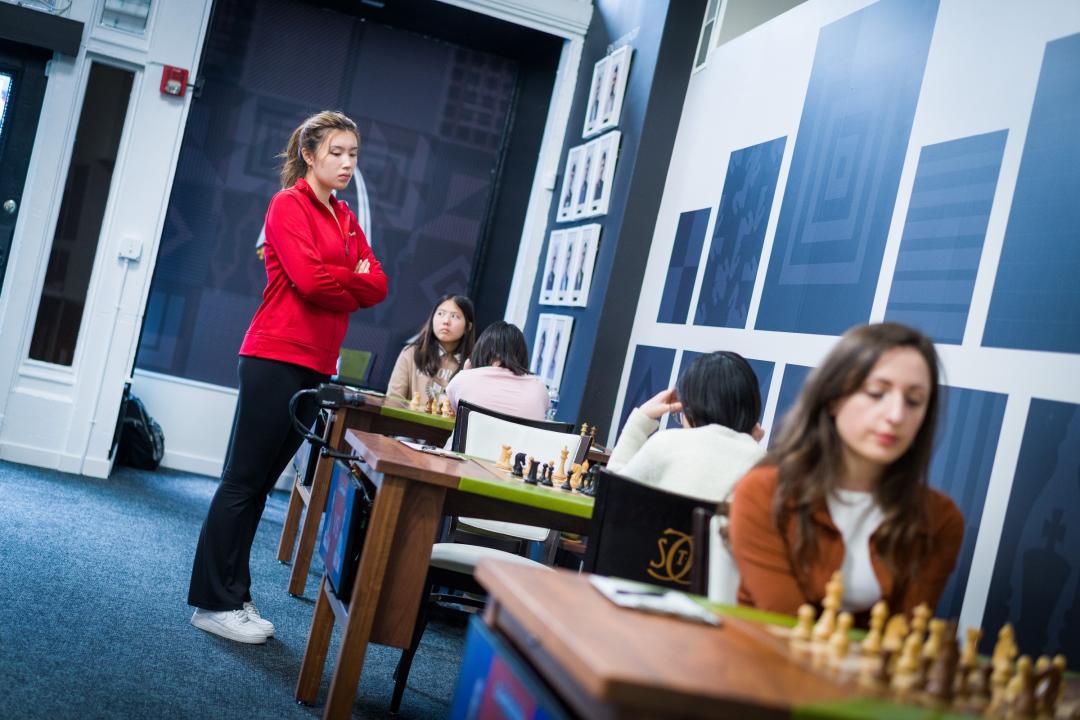 It would take days of analysis to truly do justice to this game, so I hope to be excused for presenting it without comments below:

WGM Tatev Abrahamyan suffered a difficult loss to FM Ashrita Eswaran in a complicated Sveshnikov Sicilian. However, Abrahamyan is still only a point behind Krush and Yu, and with seven rounds left there is still everything to play for.

WFM Sophie Morris-Suzuki and FM Ruiyang Yan scored wins to rise through the standings. Both are newcomers to the championship, but must be pleased to be holding their own so far.

WIM Megan Lee outplayed WGM Sabina Foisor as Black to join WIM Alice Lee (no relation) in a tie for second, merely half a point behind the leaders.

Wednesday’s Round 7 is the (approximate) midway-point of the tournament and needs to be the start of a surge for any player who wishes to contend for the top prizes. By now, energy is starting to become a factor and the Championships will be won by the two players able to maintain the pace right up to the finish line. 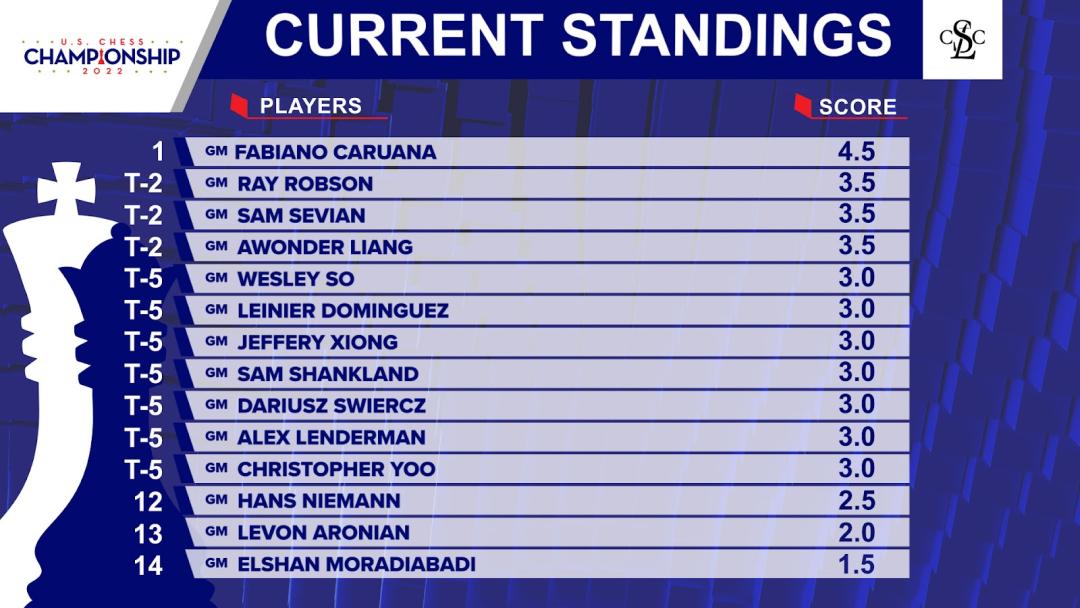 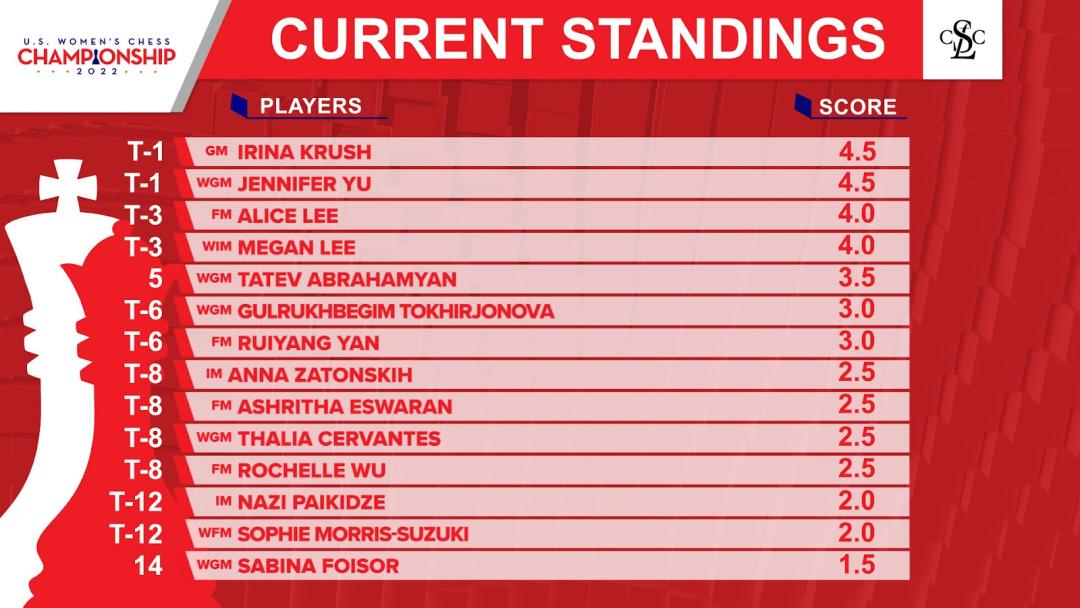 What does the headline here…

What does the headline here mean, Throwing Patties?

It's something Yasser Seirawan says about fighting games - the players are throwing patties!