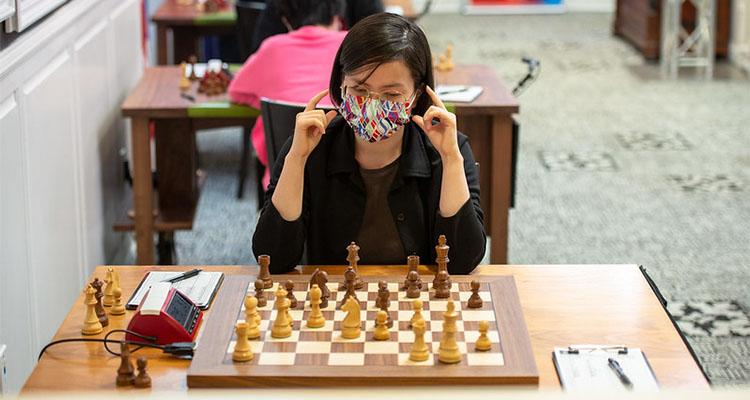 The second half of the 2021 U.S. Junior, Girls and Senior Championships begins Thursday afternoon in St. Louis, with each title fight shaping up for some endgame drama. After five rounds, contenders have shown themselves in all three events, and now several games within the remaining four round can be circled as potential disruptors to the current standings.

This year’s Junior Girls event might finish with the bloodiest ending, where every player in the field has shown she is capable of both winning and losing. With three-time Junior Girls Champion IM Carissa Yip over in Sochi, Russia playing the 2021 Women’s World Cup, the chance for the U.S. Girls crown to sit atop a new head has produced a fierce slugfest atop the standings. 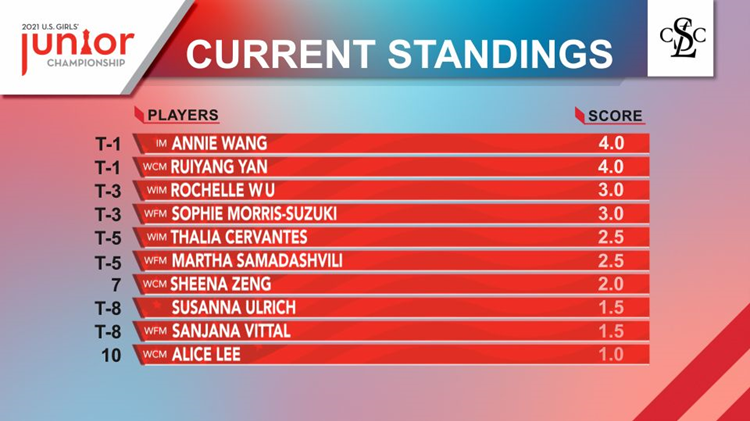 Top-seed IM Annie Wang was and still is the natural leader, though her perfect streak came crashing back to earth in round 4 at the hands of WIM Rochelle Wu, helping to logjam the standings. In fact, the 15-year-old Wu is responsible for the only loss of the other co-leader, WCM Ruiyang Yan, who along with Wang has turned in a decisive 4/5 performance through the first half.

Proving parity within this year’s Girls Championship, however, after two big wins Wu herself became the victim of upset on Tuesday, dropping her game to tournament wildcard Susanna Ulrich in the U.S. Junior Girls Round 5 Game of the Day, annotated by FM Robert Shlyakhtenko.

The second half of the 2021 U.S. Girls Championship will see some definition to its standings early, as Wu looks to separate from WFM Sophie Morris-Suzuki, both tied at 3/5 in second place and paired in Thursday’s round 6. Morris-Suzuki's mettle will be put to the test in the tournament’s second half, following with a round 7 match against leader Yan on Friday, and then the field’s second seed FM Thalia Cervantes on Saturday. Wang has perhaps the easiest schedule down the stretch, having already played through the top seeds, though if Yan continues her hot pace to the end, the two will meet in the ninth and final round. 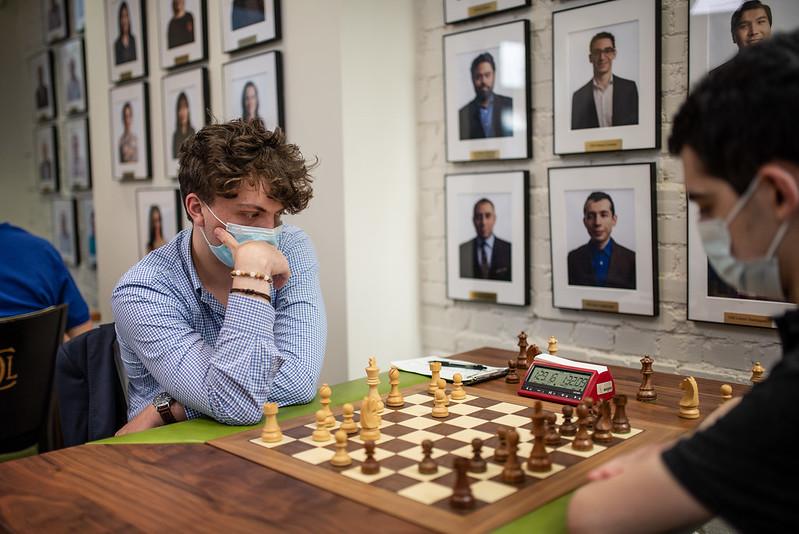 Only two players remain without a loss after five rounds in the U.S. Junior Championship: GM Hans Moke Niemann, plus-three with the clear lead at 4/5, and the reigning Junior Champion GM John Burke, a half-point behind at plus-two. Niemann played White when he met Burke in their pivotal matchup in Tuesday’s fifth round, though both GMs seemed content with the half-point in an uneventful English. 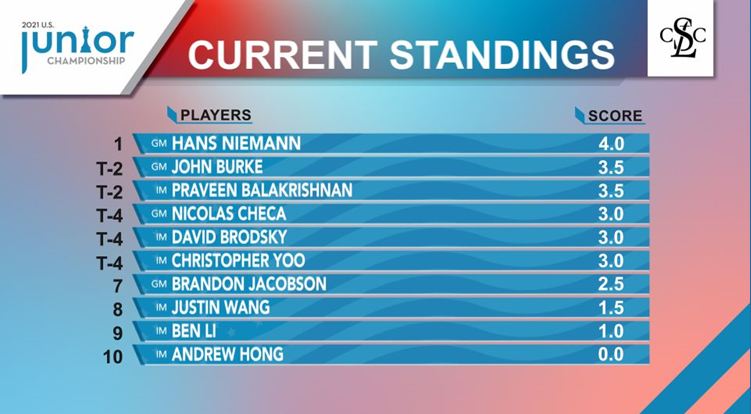 The draw up top allowed momentum for the chasers, as IM Praveen Balakrishnan won a big game against IM Christopher Yoo to join Burke in second place at 3.5/5. After losing to Niemann in the second round, Balakrishnan is right back in the mix after a draw with top-seed GM Nicolas Checa and Tuesday’s victory over Yoo, the U.S. Junior Round 5 Game of the Day, annotated by FM Robert Shlyakhtenko.

The second half of the 2021 U.S. Junior looks great for drama, including a juicy penultimate round 8 that pits Balakrishnan-Burke and Yoo-Niemann. 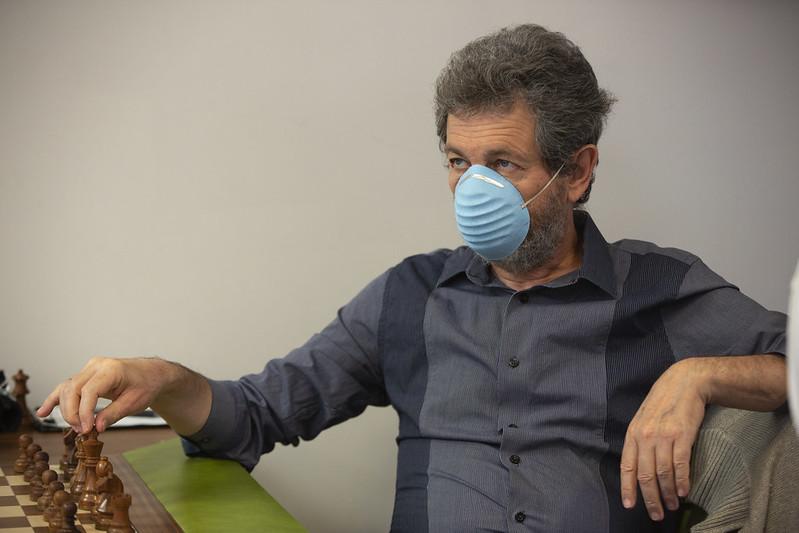 If anyone over the age of 50 wants to catch GM Gregory Kaidanov, they had better do it soon. The legend has led the 2021 U.S. Senior Championship from its onset, clear first after five rounds with 4.5/5.

One last hope might be for GM Larry Christiansen, who sits a half-point behind Kaidanov, with the two scheduled to play in Friday’s round 7 – though if it doesn’t happen there, we may be prepping for a new U.S. Senior Champion in 2021. After Christiansen, Kaidanov has a 1.5-point lead over GM Alex Fishbein in third place, and a 2-point lead over fourth. 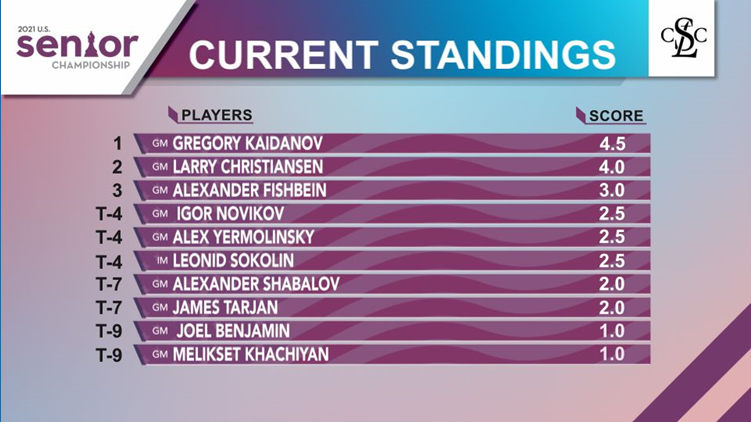 Each round of the 2021 U.S. Juniors and Senior Championships begins daily at 3:00 p.m. central time, along with live commentary from GMs Yasser Seirawan and Cristian Chirila, and host Sharon Carpenter on www.uschesschamps.com or the Saint Louis Chess Club’s YouTube and Twitch channels.