While the Chicago Open is one of the leading events held on Memorial Day weekend, it’s hardly the only tournament that was played. Here’s a cross-country travelogue featuring results from the weekend’s bigger contests. Cherry Blossom Classic 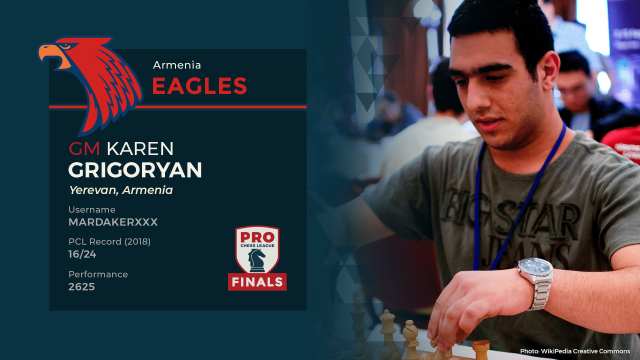 The 7th Cherry Blossom Classic ran from May 23-27 in Sterling, VA. Playing in his first US Chess tournament, GM Karen Grigoryan tied for first in the Cherry Blossom with GM Jianchao Zhou at 7/9. Grigoryan defeated GM John Burke in the final round to claim his share of first place, leaving Burke to finish in clear third. Zhou’s final round win against IM Thomas Bartell ensured his place at the top of the leader board. Anand Dommalapati directed for Capital Area Chess, and he was assisted by Andrew Rea and Greg Vaserstein. Full results are available at: http://www.uschess.org/msa/XtblMain.php?201905279672 Lina Grumette Memorial Day Classic FIDE Master Michael Casella was victorious in the 2019 Lina Grumette Memorial Day Classic, taking first place with a score of 5/6. Six players – IM John Daniel Bryant, IM Jack Peters, Robert  Shlyakhtenko, Nicky Korba, Gordon James McNeill Jr., and Serkan Salik, shared second through seventh places with 4.5/6. The tournament ran from May 25-27 in Loma Linda, CA. Lina Grumette was a long-time Southern California organizer and a confidant of former World Champion Bobby Fischer. Grumette inaugurated a Memorial Day tournament in 1980, and the event continues to this day, now renamed in her honor. Dylan Quercia directed on behalf of the Southern California Chess Federation. Full results are available at: http://www.uschess.org/msa/XtblMain.php?201905279542 Massachusetts Open A Turkish student was the surprise winner of the 88th Massachusetts Open, held May 25-27 in Westford, MA. CM Ridvan Sakir went 5.5/6 to claim his title, drawing IM Denys Shmelov in round three and defeating GM Alexander Ivanov in round five. Nathan Solon finished in second place with 5/6, while Shmelov ended in third with 4.5 points. Bob Messenger organized and directed the event, which was sponsored by the Massachusettes Chess Association. He was assisted by Frank Vogel and Nicholas Sterling. Full results are available at: http://www.uschess.org/msa/XtblMain.php?201905279422 Texas State and Amateur 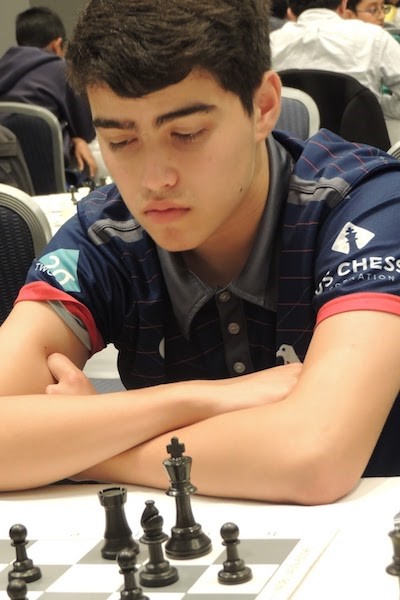 IM Cameron Wheeler
The 74th Texas State and Amateur Championship was held from May 24-27 in Fort Worth Texas and sponsored by the Dallas Chess Club. Louis Salinas organized the tournament, and Franc Guadalupe was the Chief TD. He was aided by Louis Reed and Lori Riley. IM Cameron Wheeler won the Championship section with 6.5 points out of a possible 7. He defeated second place finisher GM Zurab Javakhadze and drew GM Julio Sadorra on the way to claiming his crown. Sadorra finished tied for third/fourth with Jack Easton. The Amateur title went to Lucas Revellon, who also finished with 6.5/7. Nitin Chikkodi and Stephen Raveneau shared second and third places, half a point behind Revellon. Full results are available at: http://www.uschess.org/msa/XtblMain.php?201905279252.0 Best of the West Class 2018 Chess Club of the Year Bay Area Chess was responsible for the Best of the West Class tournament, which took place from May 25-27 in Santa Clara, CA. Organizer Judit Sztaray also served as the Chief Assistant TD for her daughter, Chief TD Reka Sztaray. Both were backed up by Assistant TD John McCumiskey. GM Conrad Holt outrated the Open field by over 300 points, but could only share first place with Derek Wu. Both players scored 5/6. Holt drew Wu in the final round, and also was held by Vinesh Ravuri in round four. Four players – Ravuri, Kevin Pan, Milind Maiti, and Henry Wang – finished half a point back at 4.5/6. Full results are available at: http://www.uschess.org/msa/XtblMain.php?201905279402 US Amateur East Pennsylvania’s Gregory Matthew Nolan is the winner of the 75th US Amateur East. Essaying the fabled Swiss Gambit, Nolan overcame a first round draw and won five games on the trot to take first place. Ryan Cheung, Nancy Wang, and Boyang Zhao shared second through fourth places with a score of 5/6. The New Jersey State Chess Federation sponsored the Amateur East, which ran from May 25-27 in Morristown, NJ. Aaron Kiedes organized and directed, and he was assisted by Richard Davisson, Noreen Davisson, Alessandro de Marchi-Blumstein, and Doran Race. Full results are available at: http://www.uschess.org/msa/XtblMain.php?201905279472 US Amateur West 67 players turned out for the 2019 Amateur West Championship, held May 25-27 in Tuscon, AZ. When the dust cleared, Carlos Boteo was atop the standings, winning the Amateur West by a full point at 5.5/6. Dallas Elkins, Evan Yin, and Jayden Xu were equal second-fourth at 4.5 points. Robby Adamson was the director on behalf of the Southern Arizona Chess Association. He was assisted by Jonathan Martinez, Michelle Martinez, Renee Lamphear, Martha Underwood, Aiya Cancio, Zak Cancio, and Lee C. Lafrese. Full results are available at: http://www.uschess.org/msa/XtblMain.php?201905279412
SHARE:

The Cherry Blossom Classic had considerable assistance from Greg Vaserstein as the Open Section Chief TD, he was also an important part of our TD Staff and should be noted as such, thanks!
Done!
A TV program, called "Chess Chat," about the 88th Massachusetts Open (state championship), played May 25-27 at the Westford Regency Inn & Conference Center in Westford, Mass. and sponsored by the Massachusetts Chess Association (MACA), will be presented LIVE on Fitchburg Access Television on Monday, June 3, at 7 p.m. The program can be viewed via LIVE STREAMING at www.fatv.org at that time. It will also be available on VIDEO ON DEMAND on FATV's website. The new Massachusetts state chess champion is 19-year-old Ridvan Sakir, a master from Adana, Turkey. He scored 5.5-0.5 in the 33-player, FIDE-rated Championship section of this year's Mass. Open. After drawing 2008 state champion IM Denys Shmelov in round 3, Sakir came on really strong in the latter half of the championship, when he upset 14-time state champion GM Alexander Ivanov in round 5 and then defeated 2017 state champion Lawyer Times in the 6th and final round. Chess Chat hosts George Mirijanian and Dave Couture, members of the sponsoring Wachusett Chess Club at Fitchburg State University, will present with analysis one of Sakir's games from the championship.
The game that Chess Chat hosts George Mirijanian and Dave Couture will present on Monday, June 3, at 7 p.m. on Fitchburg Access Television (www.fatv.org) will be newly crowned Mass. state champion Ridvan Shakir's win against national master Libardo Rueda from round 4 of the 88th Massachusetts Open in Westford, Mass.
Here is a direct quote from Ridvan Sakir, the 19-year-old winner of this year's 88th Massachusetts Open, where he became the state's new champion: "Boston is definitely a good place to play chess. There are so many tournaments and strong players. I can say that chess is really developed here." Told to George Mirijanian, program director of the Wachusett Chess Club and former president of the Massachusetts Chess Association, following Sakir's championship win.
The game that has been selected for presentation on the TV program "Chess Chat," on Monday, June 3, at 7 p.m. on Fitchburg Access Television (FATV) is the game between newly crowned Massachusetts state champion Ridvan Sakir and national master Libardo Rueda, played in round 4 of the 88th Mass. Open on Sunday, May 26, in Westford, Mass. The program can be viewed via LIVE STREAMING at 7 p.m. on June 3 at www.fatv.org. It will also be made available via VIDEO ON DEMAND on the same website. The Sakir-Rueda game was a 39-move Scandinavian Defense.