With five days left till Christmas, and with Hanukkah starting on Sunday, you may be wondering what gift you might give a chess friend. Perhaps you’re the fortunate recipient of a gift card, and considering a chess related purchase. Or maybe you just need a new chess book. (No judgment, pal. Goodness knows I’ve been there.) I write the review column for Chess Life, and as such, I see quite a lot of new chess books and videos each year. Many of the most interesting items, for better and for worse, make their way into my column, but there are always notable products that get set aside for lack of space or time. So, in this 2019 Last Minute Chess Gift Guide, I’d like to call attention to a few titles that didn’t make it into the magazine this year. Links are provided to US Chess Sales whenever possible, but other specialized chess purveyors will have most in stock, as will Amazon and Barnes and Noble. 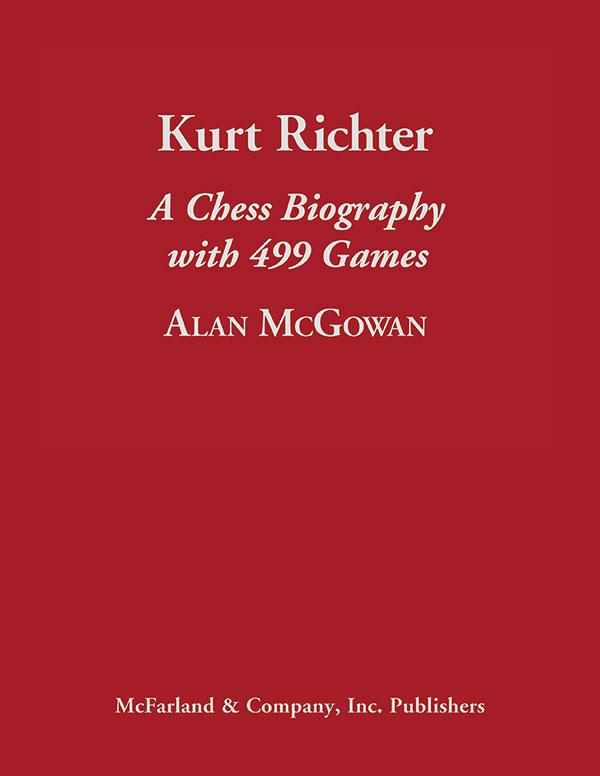 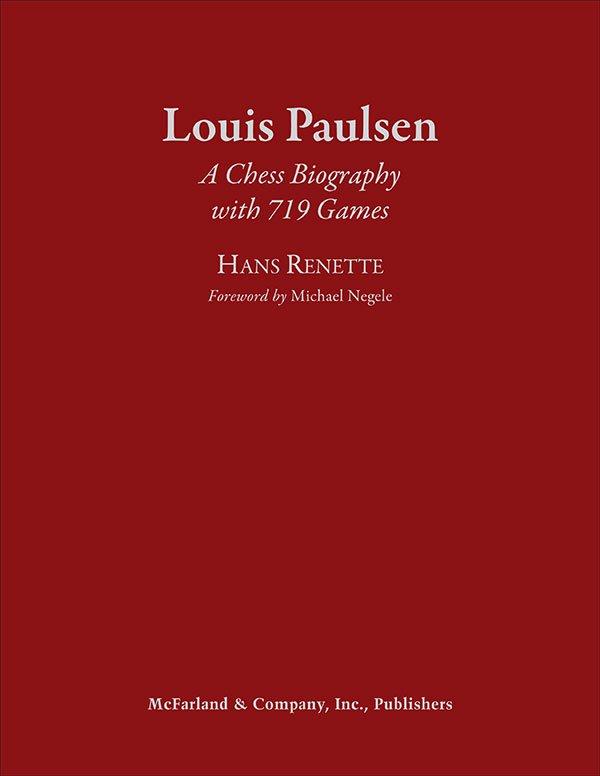 Many chess fans overlook McFarland books because of their cost. Price notwithstanding, McFarland consistently publishes high-quality, hardcover historical and biographical works, and this is especially true in the case of two titles released in 2018. Hans Renette’s Louis Paulsen: A Chess Biography with 719 Games is a scrupulously researched account of Paulsen’s life and games, and this Midwesterner particularly appreciated the care with which Paulsen’s years in Dubuque, Iowa were covered. Perhaps better still is Alan McGowan’s Kurt Richter: A Chess Biography with 499 Games. Richter is not as well-known to most chess fans as is Paulsen, but he was an key figure in inter-war Continental chess, playing brilliant attacking chess and introducing many ideas to opening theory. He was also an important writer and journalist, particularly in the post-war years, and it’s evident that McGowan has left no stone unturned in piecing together Richter’s story. This is a superlative work. Renette’s Paulsen biography presents a snapshot of chess in the Romantic era, even if Paulsen’s style did not fit the spirit of the day.[1] McGowan’s book on Richter provides readers insight into master-level play (and German life after the wars) in the middle of the last century. Both books would make excellent gifts for the chess historian in your life. But what about fans intersted in chess of a more recent vintage? 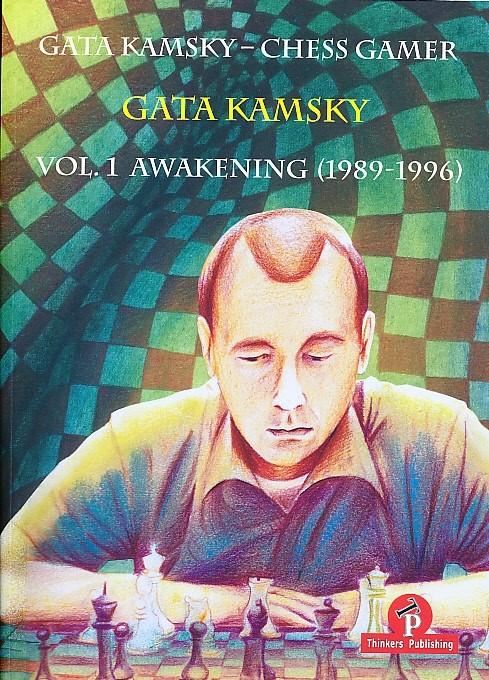 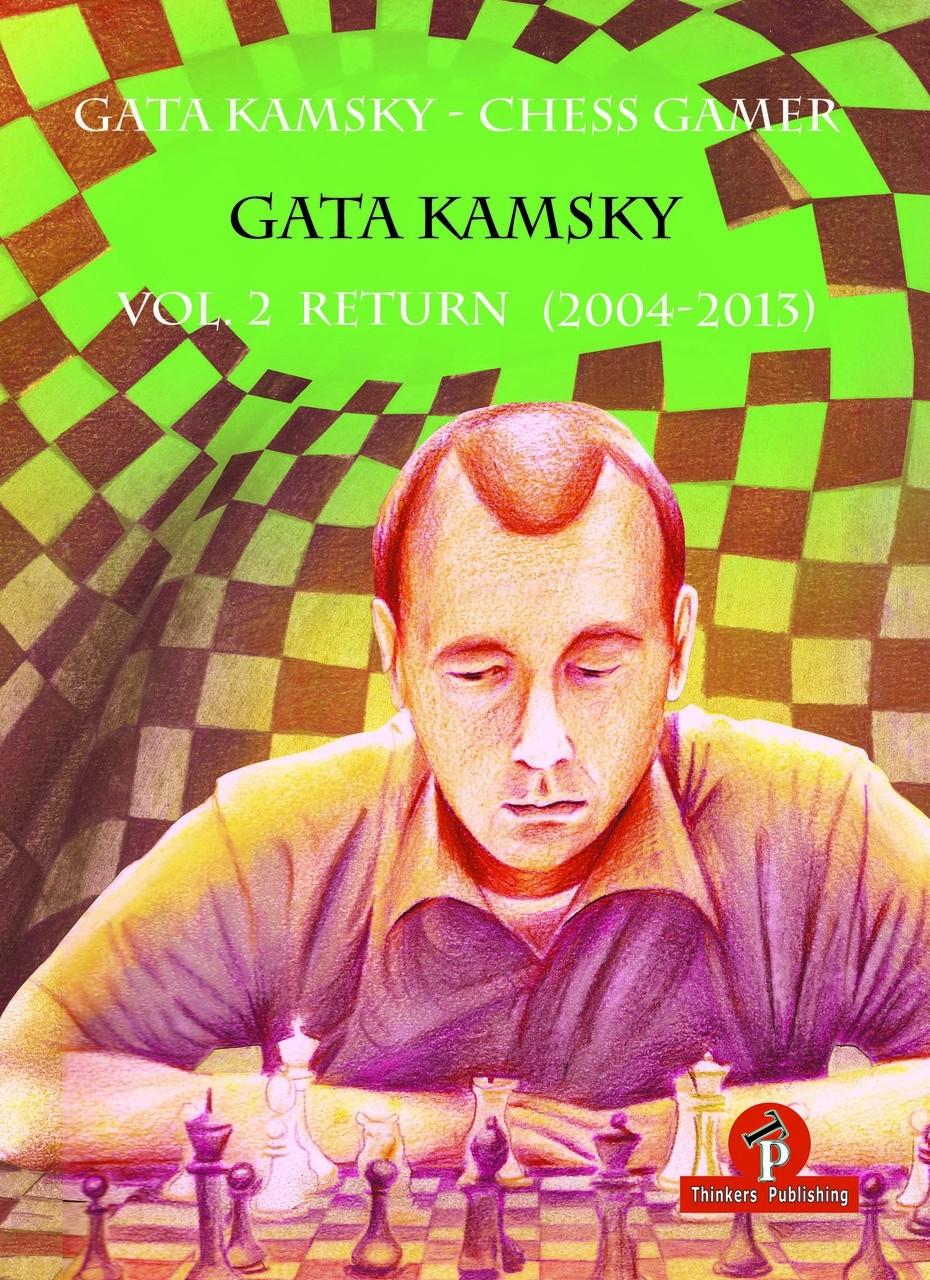 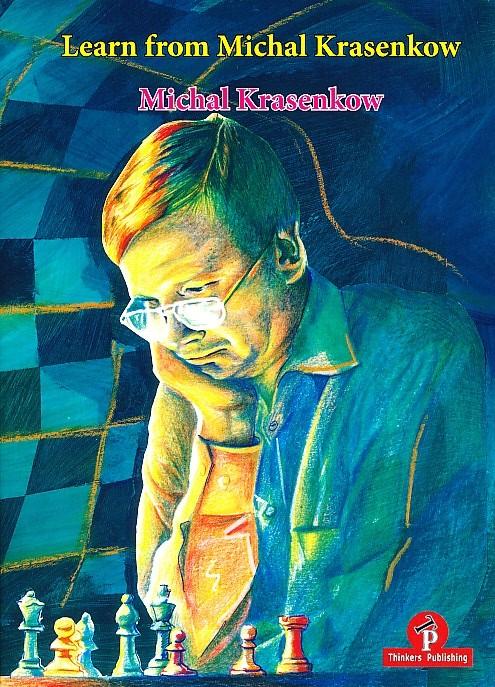 Thinkers Publishing has been pumping out new titles at a furious rate, treating all phases of the game. Among the most interesting is Michal Krasenkow’s Learn from Michal Krasenkow, published this year. The book is largely a best games collection, but the author’s honesty in the autobiographical chapter, coupled with his no-nonsense annotating style, makes for an engaging read, and you get a real sense of how today’s grandmasters think in his notes. The first two volumes of former U.S. Champion Gata Kamsky’s Gata Kamsky – Chess Gamer trilogy have also appeared. Volume 1: Awakening (1989-1996) covers the years through his first retirement from the game, while Volume 2: Return (2004-2013) runs through the end of what he considers to be his ‘pro career.’ These are not easy books to get through. Kamsky’s annotations are dense, with some notes running for multiple pages, and he treats just 22 games in each of the 400+ page tomes. The editors have included plenty of diagrams to help orient the reader, but Kamsky’s almost Hübner-esque writing style is not for everyone. That he also uses the books to re-litigate old feuds is distasteful. Still, if you (or your gift recipient) want an uncompromisingly honest dive into modern chess, these might be worth considering. 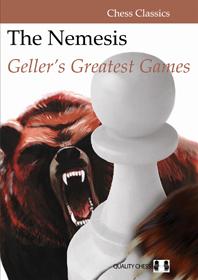 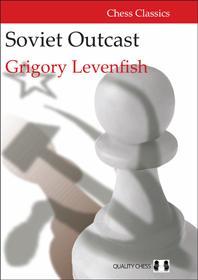 I reviewed The Nemesis: Geller’s Greatest Games by Efim Geller in the December issue of Chess Life. Then as now, I think it’s a superb work, filled with great games and surprisingly good annotations. Now the next book in Quality Chess’ Chess Classics series has been published. Soviet Outcast – the Life and Games of Grigory Levenfish is a modern rendering of Levenfish’s autobiography, bolstered with the inclusion of dozens of other games annotated by his own hand. Douglas Griffin, a prodigious online translator of chess literature, does a solid job with the text, and Jacob Aagaard contributes a 30 page appendix, discussing Levenfish from a 21st century perspective. My bias towards historical works may be showing, but for me, this is another winner from Quality Chess. 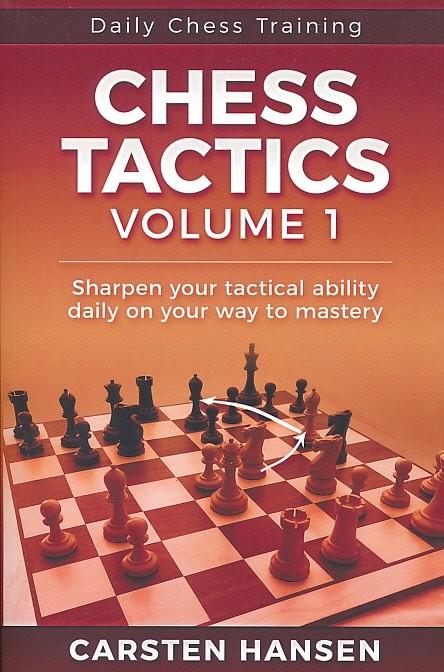 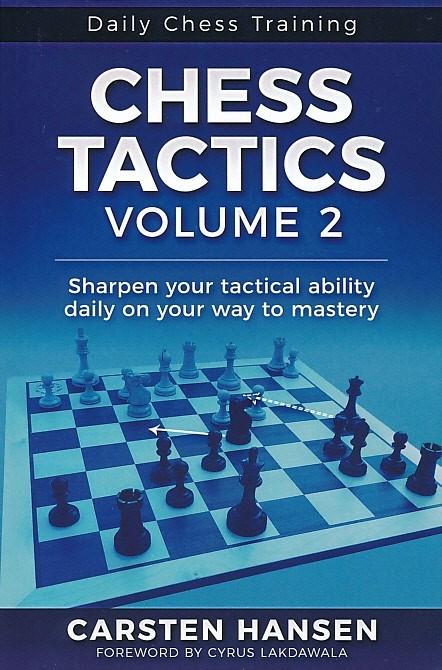 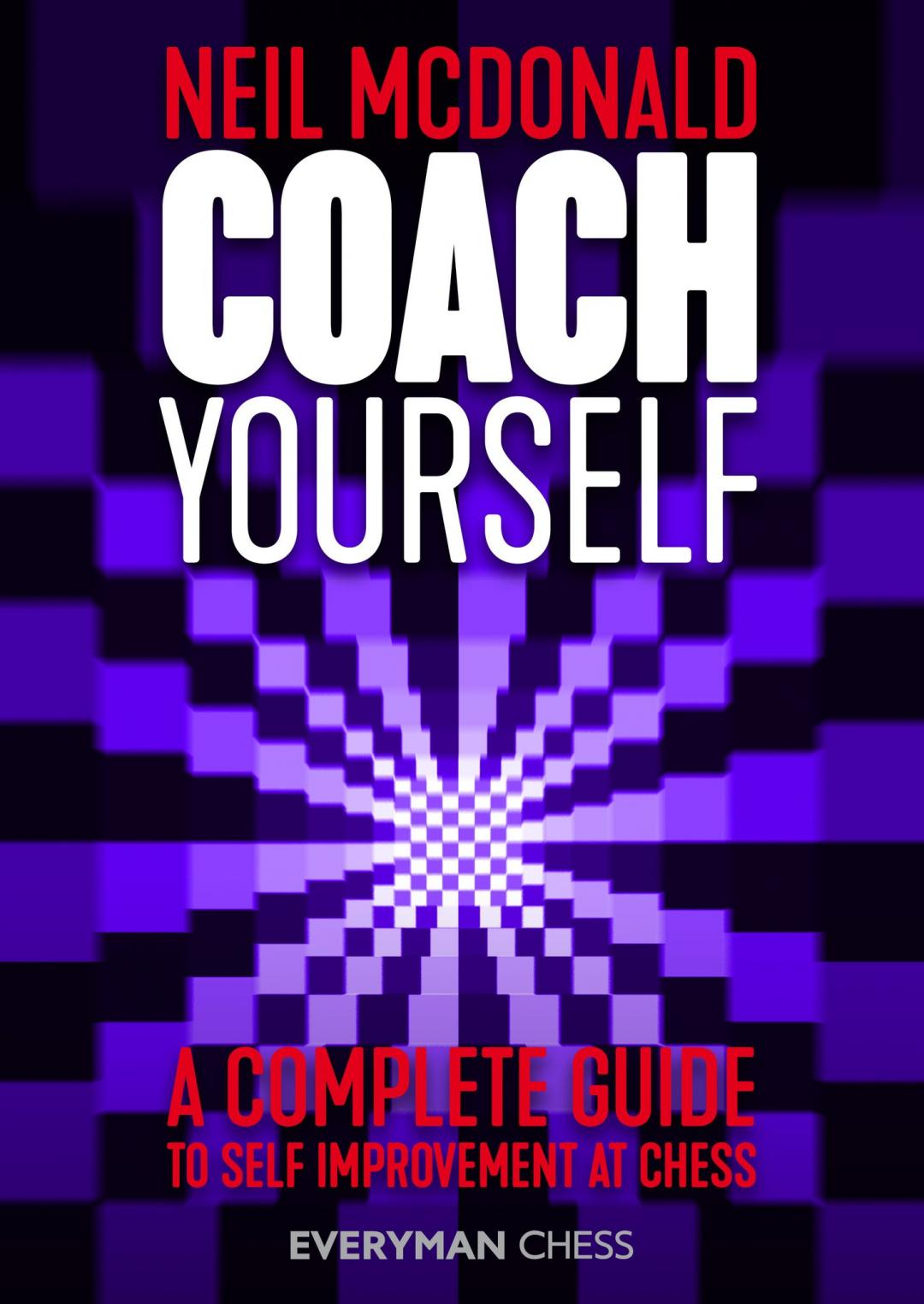 Buying something for a chess improver? Neil McDonald is out with Coach Yourself: A Complete Guide to Self Improvement in Chess with Everyman Chess. In it McDonald aims to “show you everything you need to be working on to become a better player” (5), offering advice along with dozens  of positions to solve. The difficult level here is rather high, so this is decidedly not a beginner’s book, but McDonald does his typically good job making tricky material palatable. It’s not a comprehensive self-help book, but readers will walk away with new insights into what improvement requires. Everyone needs tactics books, and Carsten Hansen has recently published two excellent titles. Daily Chess Training: Chess Tactics Volumes 1 and 2 are collections of 404 positions for solving, with problems suitable for a very wide range of players, all the way through the titled elite. The aesthetically obsessed (like myself) may find the diagrams a bit hard to read, but they are servicable, and Hansen does a fine job of collecting positions that are both pretty and edifying. Samples of Hansen’s style can be found on his Twitter page, where similar exercises are found regularly. 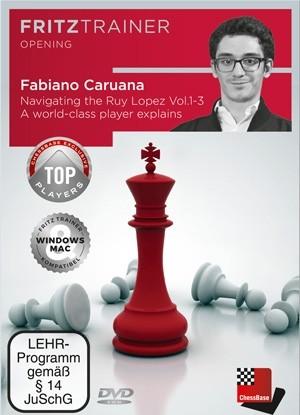 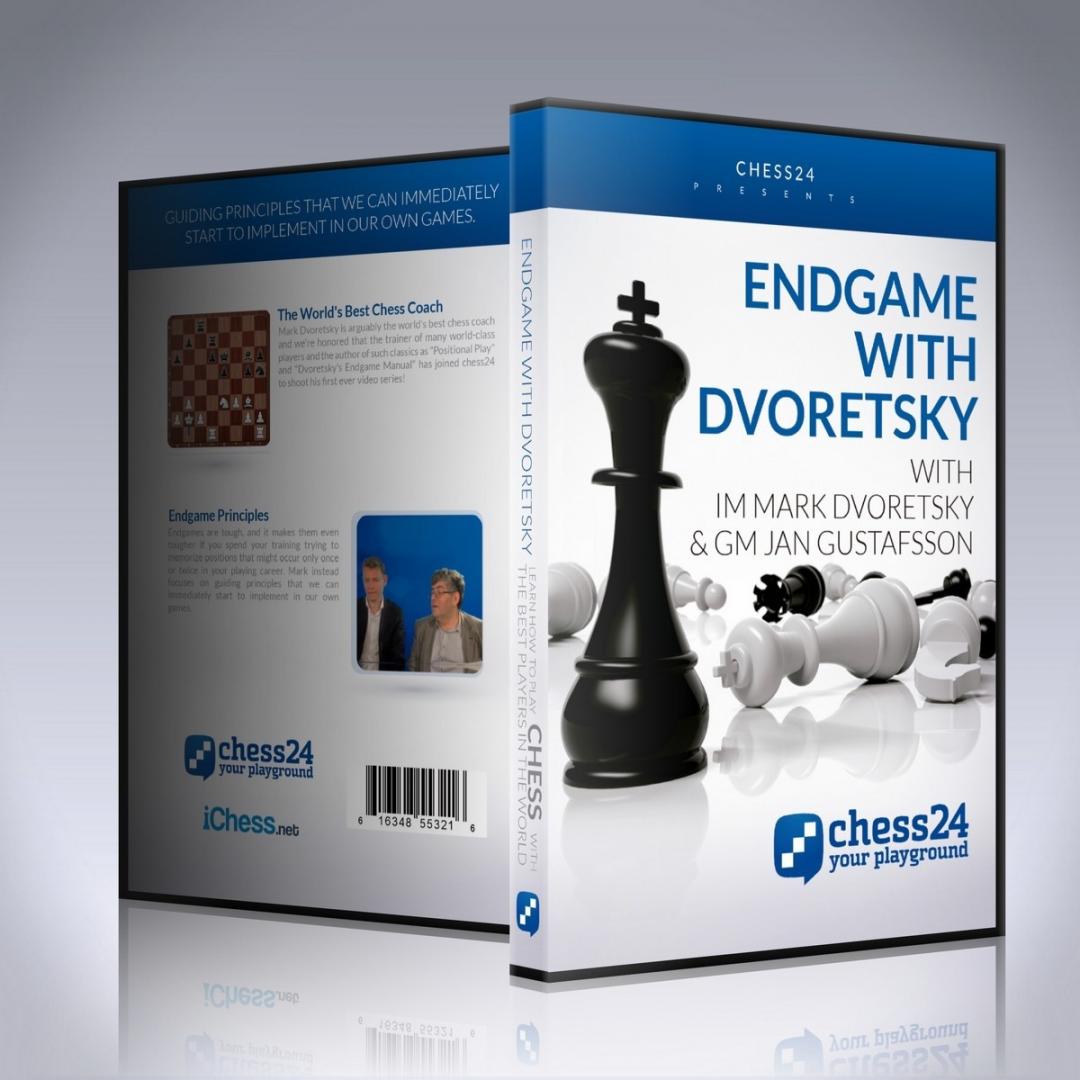 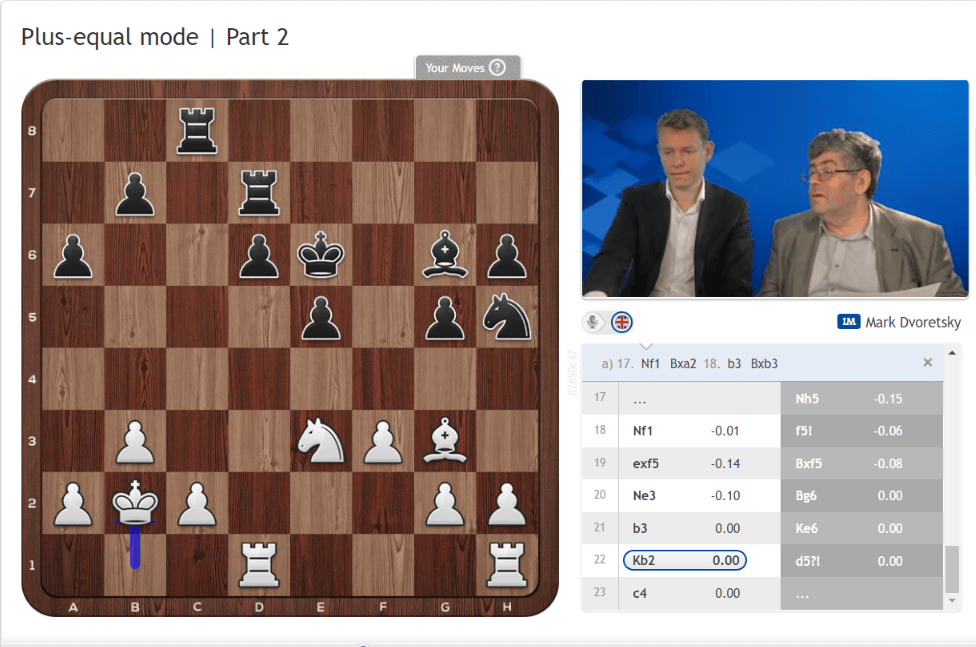 If you are in a last minute bind, consider downloadable products. Most DVDs are now available in downloadable format, both from US Chess Sales and producers like ChessBase, and few require any other software to make use of them. Two of my favorites are Mark Dvoretsky’s videos with chess24, completed not long before his death in 2016. In “Endgames with Dvoretsky” and “Calculation with Dvoretsky,” both featuring co-presenter Jan Gustafsson, we get the essentials of Dvoretsky’s approach to chess improvement and thinking, and insight into the man himself. The videos are not for novices, but any serious player can get something out of them, particularly the series on calculation. They're also particularly affordable given the quality of the content. American chess fans will be interested in Fabiano Caruana’s 3 DVDs on the Ruy Lopez. Over the course of 16+ hours, Caruana presents a full White repertoire against the Ruy, describing in precise detail his favored antidotes to all of Black’s variations. I will discuss the DVDs in a forthcoming column in Chess Life, so let me say for now that they are very good, if advanced, and 1.e4 players will find much of interest in what the former Challenger has to say. 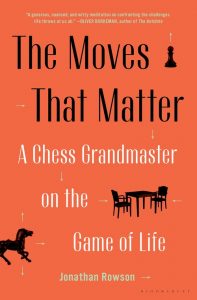 Finally, if you have a “chess philosopher” to buy for, I am really enjoying Jonathan Rowson’s The Moves that Matter, a book that discusses Rowson’s chess career, but is really about much bigger, important subjects. What is meaningful in life? How should one live and act in our troubled times? What does chess reveal about such questions? Rowson tackles all of this and more, and it’s a deeply introspective work that will reward multiple readings. As a trade book it’s also likely available at your local bookstore. [1] See Renette’s article on Paulsen in New in Chess 2018, #4, for a short discussion of Paulsen’s defensive prowess, positional skill, and contributions to opening theory.
SHARE: