Contact:  Mike Hoffpauir US Chess Scholastic Council mhoffpauir@aol.com Cell: 757-846-4805 (CROSSVILLE, TN)  The United States Chess Federation (US Chess) is pleased to announce the five winners of the 2016 Scholar – Chess Player Awards. The Scholar-Chess Player awards are sponsored by the U.S. Chess Trust and the National Scholastic Chess Foundation. Chosen from among a highly competitive field of twenty applicants, the five winners—three seniors and two juniors—display a superb combination of scholarly accomplishments, chess achievements, and a record of consistent service to the chess playing community.  Each winner receives a $1,500 scholarship created from donations to the US Chess Trust. 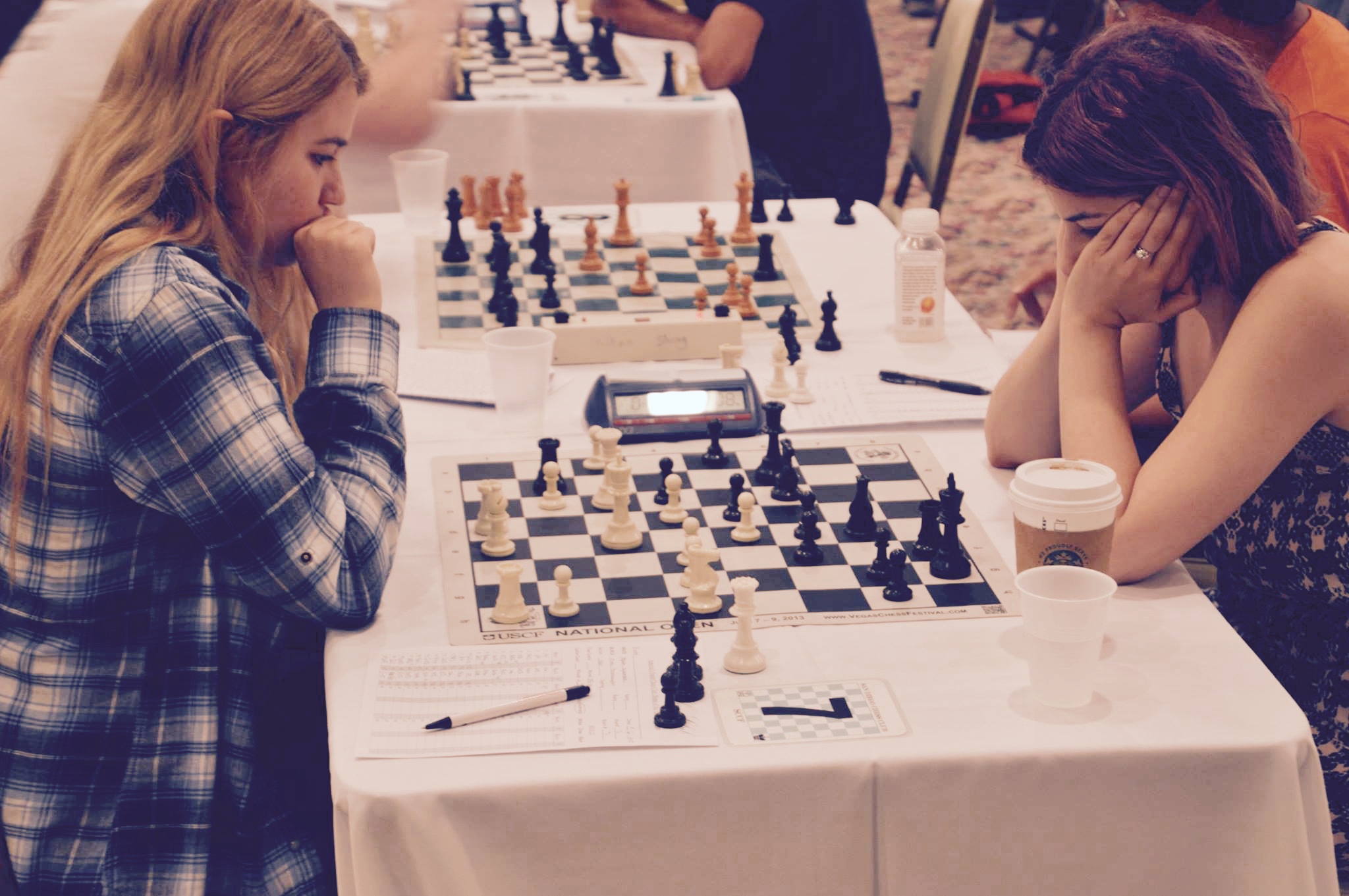 Agata against IM Tatev Abrahamyan
The five winners for 2016, in alphabetical order of their last names, are: ******* US Chess is a 501©(3) organization dedicated to promoting chess in the United States. Founded in 1939, US Chess serves as the governing body for chess in the United States and is headquartered in Crossville, Tennessee.  US Chess is devoted to extending the role of chess in American society.  It promotes the study and knowledge of the game of chess, for its own sake as an art and enjoyment, and as a means for the improvement of society.  To make a tax-deductible donation to support US Chess visit www.uschess.org/donate.
SHARE: