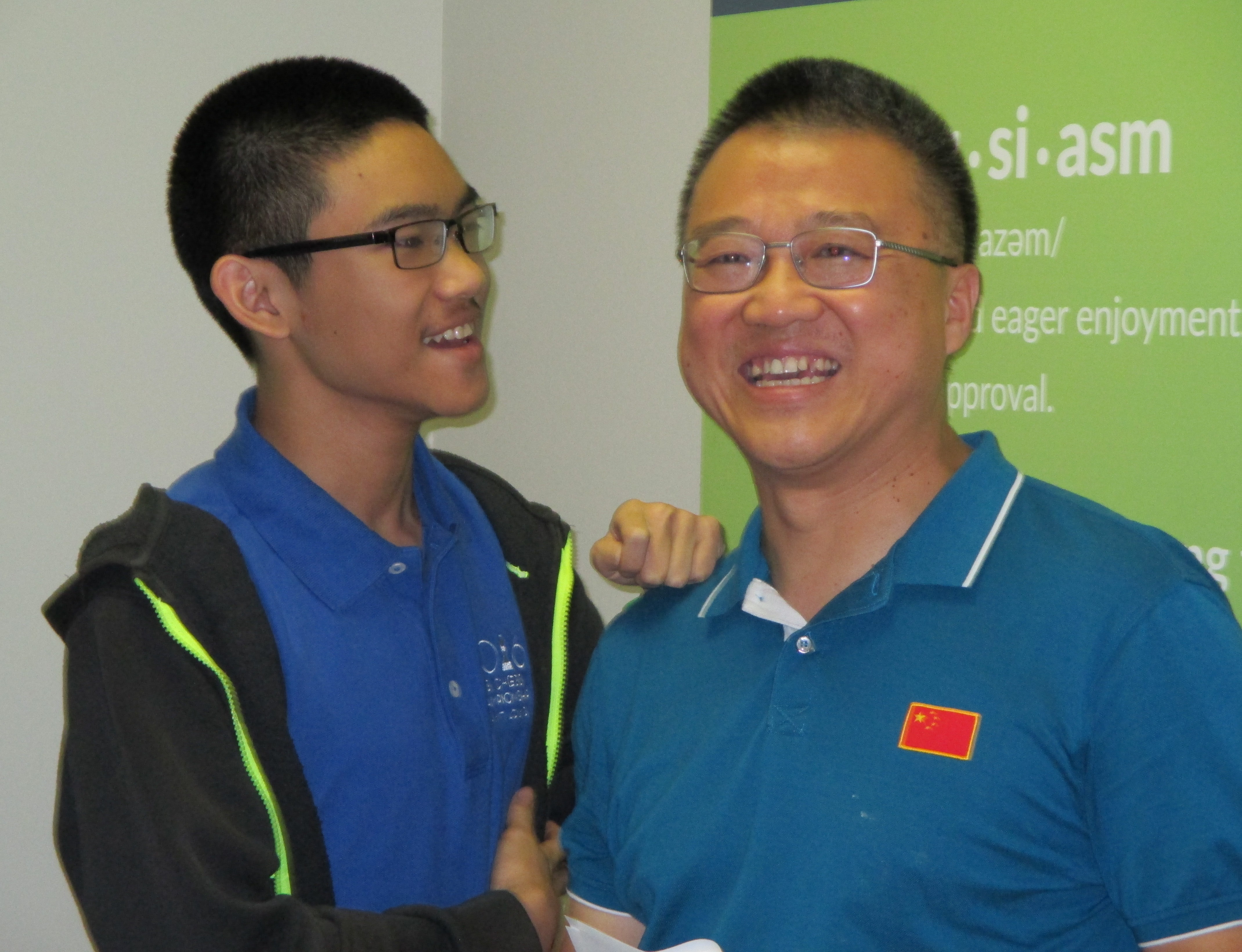 On Friday, September 23rd, at 7:30 p.m., the Dallas Chess Club will host Wayne Xiong, father of the 2016 World Junior Chess Champion Jeffery Xiong. Wayne will be interviewed by Dr. Alexey Root on the topic of "Raising a Chess Champion," with those attending also encouraged to ask questions. The questions asked by Dr. Root and the public will be part of Dr. Root's article about Wayne Xiong scheduled for the December issue of Chess Life magazine.
Attending this September 23rd special event costs $20, with all fees collected going directly to the Dallas Chess Club as a club fundraiser. Pre-registration is not required; just show up at the Dallas Chess Club that evening.
The role of chess parents was the topic of research by Dr. Kenneth A. Kiewra, including Kiewra's profile of Kayden Troff's supportive parents as excerpted here. Like the Troffs, Wayne and Jenny Xiong support their son's chess aspirations. During the Friday, September 23rd evening, Wayne will explain how chess changes not just the chess player's life but the lives of the player's family too. And he will offer principles and insights into parenting a chess champion.

Dr. Alexey Root, WIM, who will be hosting this event, is the author of many books, including, Prepare With Chess Strategy (available on USCF Sales).