Today we inaugurate our new Throwback Thursday series. With so much outstanding material in the US Chess and Chess Life archives – photos, stories, games annotated by the likes of Euwe, Gligoric, and Keres –  it seems shameful not to try and bring some of it back to life for modern readers. And do we have a game for you this week.

Game of the Month, June-July 1942 Chess Review
Grandmaster Reuben Fine was the Game of the Month columnist for Chess Review from 1941-1949. One of the world's leading players in the 1930s and 1940s, and certainly among the strongest American players of all time, Fine tied for first in the famous 1938 AVRO tournament and won five medals for the United States in Olympiads. He slowed his play after World War II while earning his doctorate in psychology, and eventually retired from active competition in 1951. Fine was also known for his authorial efforts. He wrote Basic Chess Endings in 1941, one of the fundamental texts of twentieth century chess, and he was the primary author of the sixth edition of the canonical Modern Chess Openings. Fine also penned important texts in psychoanalysis and psychology, including Freudian-inspired studies of chess and chess players. 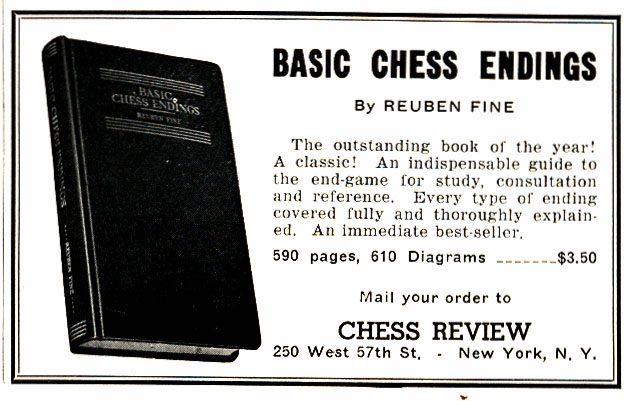 Ad for Basic Chess Endings, Chess Review June-July 1942
Here, in his column from June-July 1942, Fine expertly annotates the brilliant contest between Hermann Pilnik and Miguel Najdorf from Mar del Plata in that same year. Najdorf won the tournament with a score of 13.5/17, and his only loss was to Pilnik, who finished tied for 2nd/3rd with Gideon Stahlberg a half-point behind. 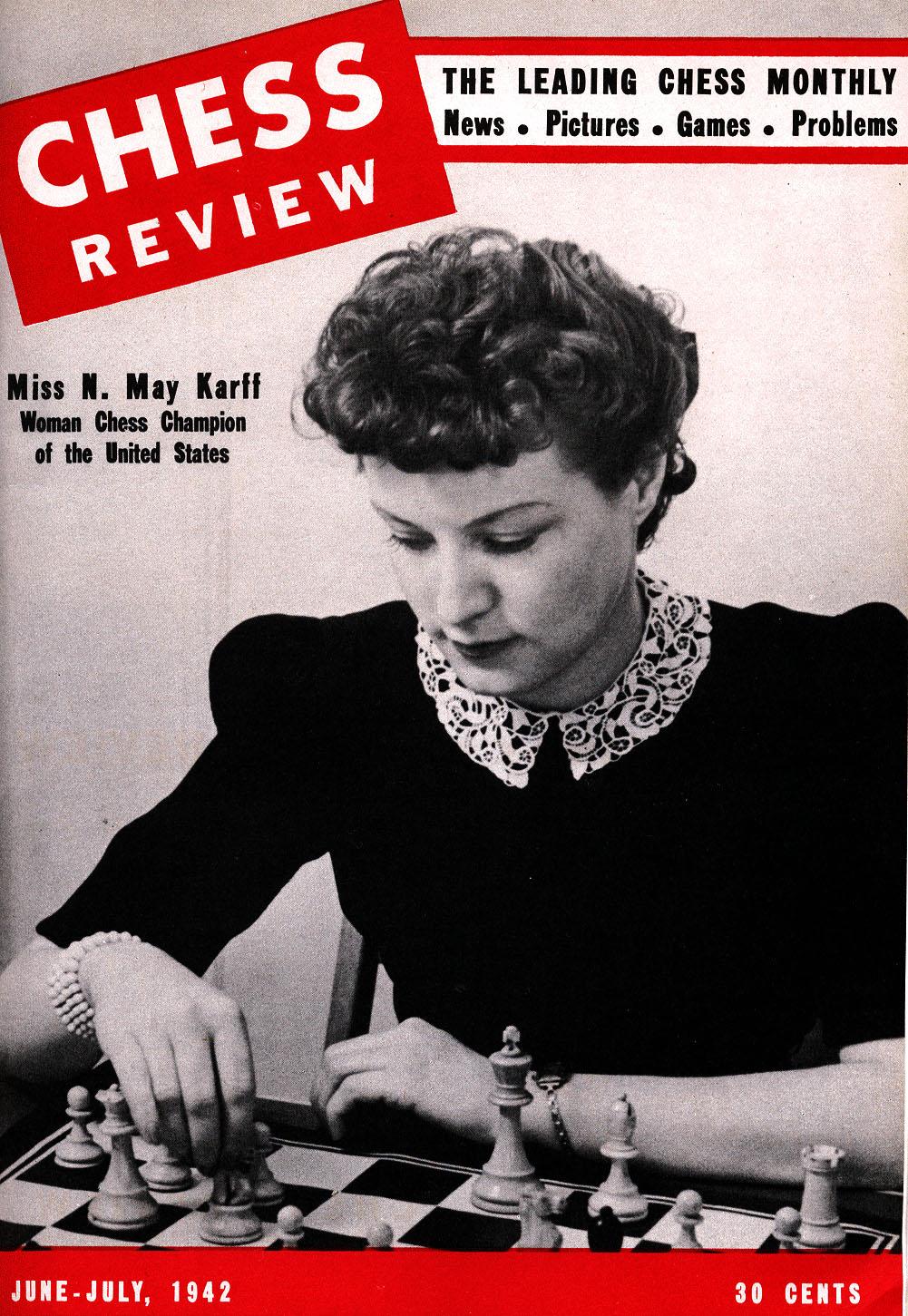 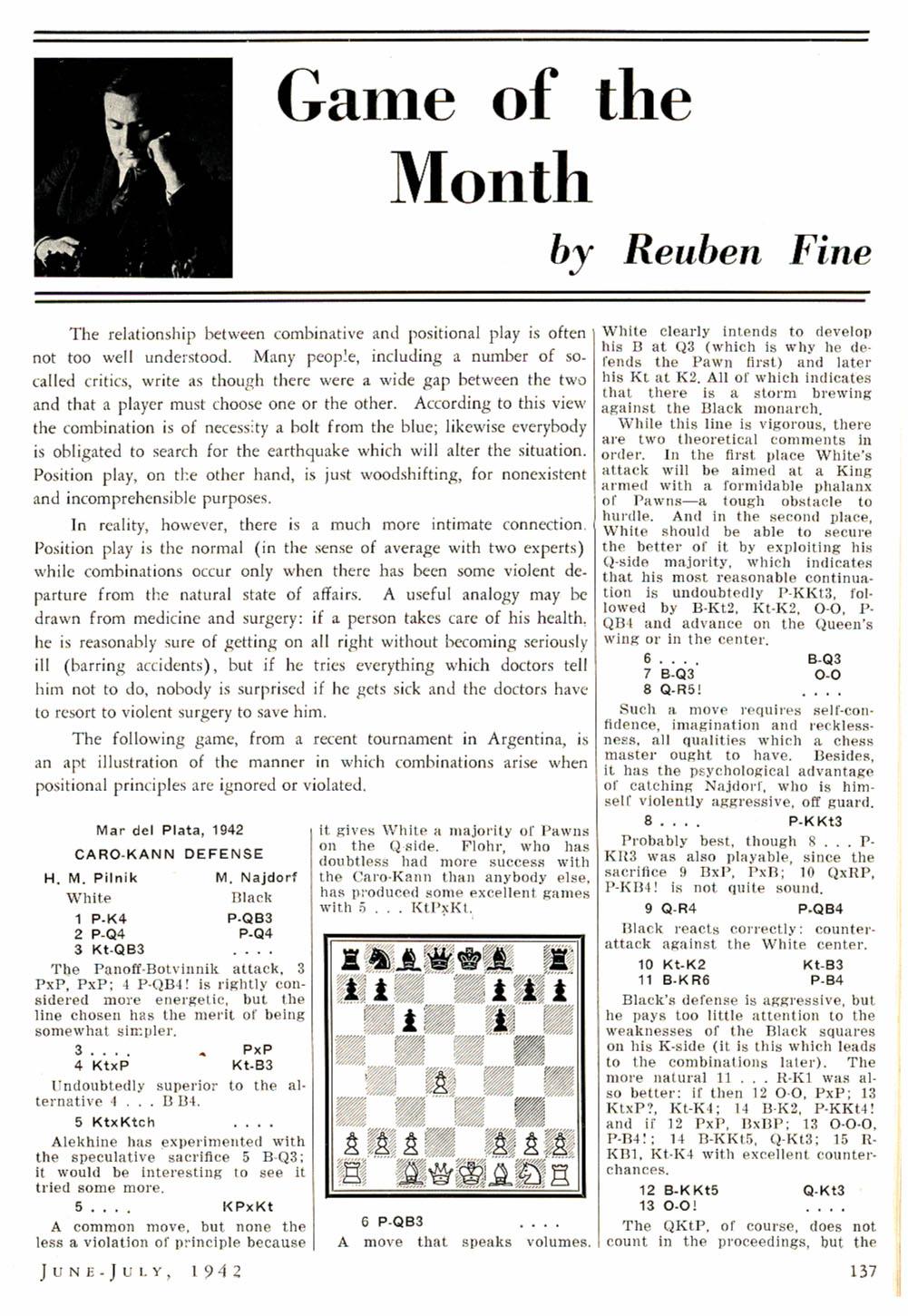 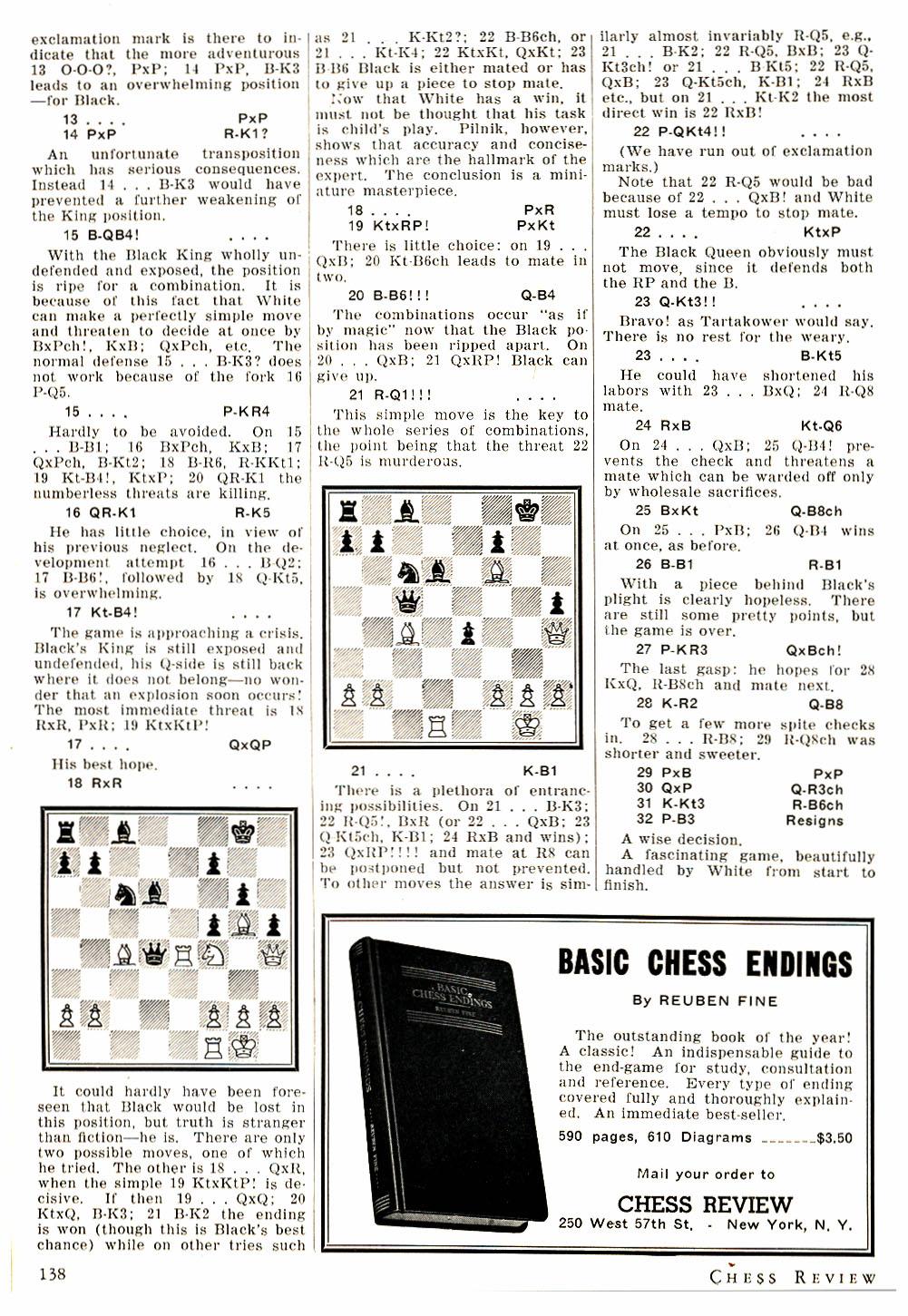 The text of what follows mirrors what appeared in Chess Review, with one difference. We have translated the old Descriptive Notation into modern Algebraic. None of Fine’s analysis is altered, but oversights found by our ‘metal friends’ are included in notes. A pdf version is also available for those who would like to print out the game for over-the-board study. Enjoy! Game of the Month Chess Review, June-July 1942 Reuben Fine The relationship between combinative and positional play is often not too well understood. Many people, including a number of so-called critics, write as though there were a wide gap between the two and that a player must choose one or the other. According to this view the combination is of necessity a bolt from the blue; likewise everybody is obligated to search for the earthquake which will alter the situation. Position play, on the other hand, is just woodshifting, for nonexistent and incomprehensible purposes. In reality, however, there is a much more intimate connection. Position play is the normal (in the sense of average of with two experts) while combinations occur only when there has been some violent departure from the natural state of affairs. A useful analogy may be drawn from medicine and surgery: if a person takes care of his healthy, he is reasonably sure of getting on all right without becoming seriously ill (barring accidents), but if he tries everything which doctors tell him not to do, nobody is surprised if he gets sick and the doctors have to resort to violent surgery to save him. The following game, from a recent tournament in Argentina, is an apt illustration of the manner in which combinations arise when positional principles are ignored or violated. If you'd prefer to download a print copy of the game in pdf format for over-the-board replay, click this link.
SHARE: