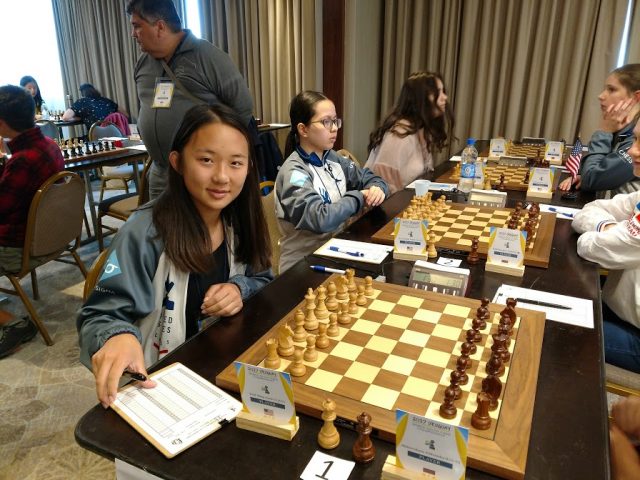 Annie Wang is on a perfect score after five rounds at the World Youth, Photo Jerry Nash
Though Hurricane Irma rerouted a number of families – and prevented one player from attending – the US delegation arrived for the World Youth in Montevideo, Uruguay, prepared to pit their skills against top young players from around the world. The travel schedule was so chaotic that one family arrived at their hotel less than an hour before the first game. With 28 players and 33 accompanying persons and coaches, the US is the third largest delegation behind host country Uruguay and neighboring Argentina. Coaches provided by US Chess include Armen Ambartsoumian, John Fedorowicz, Nick de Firmian, and Vladimir Georgiev. Their work includes pre-game preparation, post-game analysis, and research on opponents after the pairings have been posted for the next round. 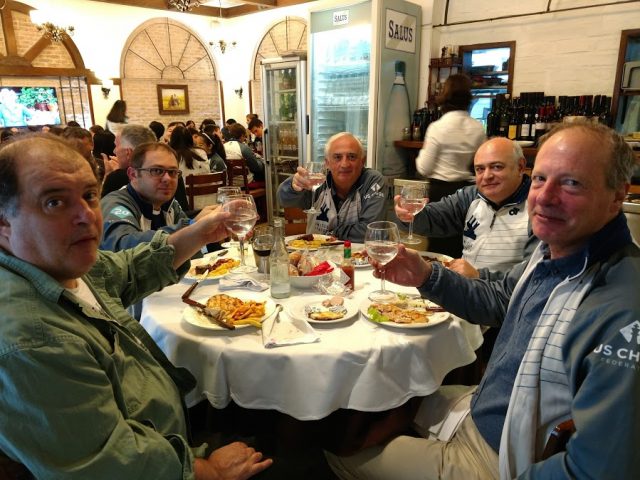 World Youth coaches congregate at the Two Sigma team dinner
Before the games started at the Sheraton Montevideo Hotel, our coaching staff recalled their youth experiences in chess boot camps when they entered the team’s headquarters and sometimes encountered rather Spartan conditions. The modern style Aloft Hotel in Montevideo (where our coaches are housed) miraculously was opened for operation just a couple of days before we arrived. To be precise, our own GM Nick de Firmian was the third guest who checked into the hotel. While construction on the hotel was still in progress, members of the very friendly staff were rolling beds to our rooms and searching for technicians to turn on the electricity, pump hot water through the pipes, vacuum the dust, and evaporate the smell of the cement. Meanwhile we were clicking frantically on our cell phones and computers in search of a WiFi connection. Little by little we adapted to the existing conditions and focused on the tournament. The organizers, for their part, have done as much as possible to run the event by the highest standards. Thursday, the 21st, was the free day of the event and players had a choice of taking tours, joining friendly soccer matches, or maybe catching up on homework assignments due to teachers when they return after almost two weeks out of school! A bright spot that evening was a team dinner sponsored by Two Sigma, the investment management firm that also sponsored the team uniforms. 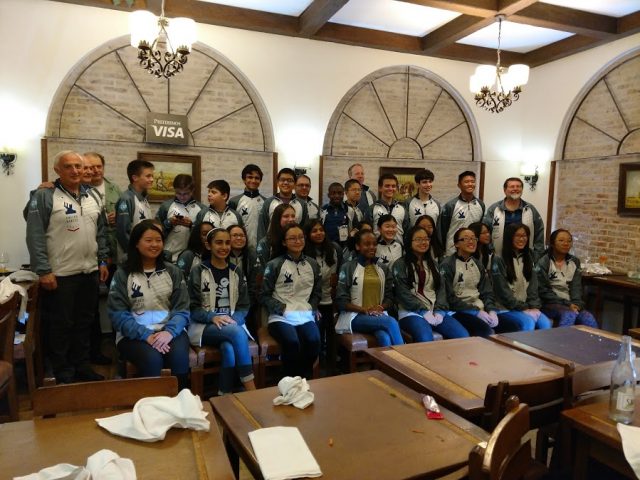 The dinner allowed families and players to develop team spirit and catch their breath before plunging into the last half of the tournament. Special guests at the dinner included one of the organizers, Alexis Augoustis, Secretary of the Uruguayan Chess Federation, and Mark Kendrick, Public Affairs Officer from the US Embassy in Uruguay. Special thanks to Two Sigma for providing the delegation this special evening! 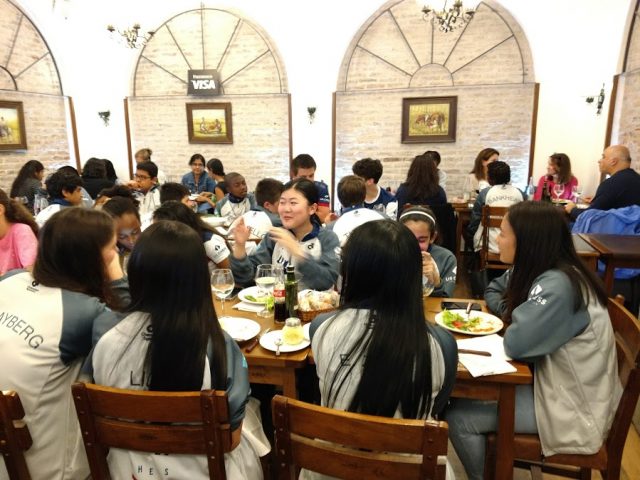