Who Will Be the 2018 Sinquefield Cup Champion? 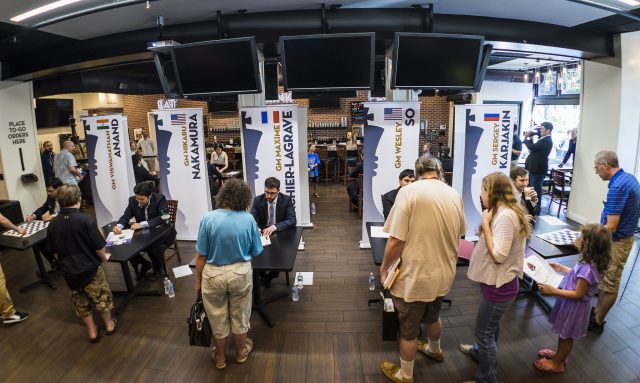 Photo: Lennart Ootes
This year's Sinquefield Cup is as strong as ever. The field packs a 2787 average rating, including the reigning World Champion and Challenger. Here is the complete list of players:

Since we're all pretty familiar with these players, for this tournament preview, I’m going to focus on answering this question: Who has the best chances of winning beyond Carlsen and Caruana? With Carlsen and Caruana looking forward to the upcoming World Championship Match, taking turns winning nearly every classical event so far this year, and at the very top of the FIDE rating list, it's hard to debate that they are the best two players in the world at this time. They are certainly the favorites at this event.  However, with the match looming in November, both players will also be holding back some of their best preparation and training (Think: the drawing percentage and opening choices at London Classic every time it precedes a Candidates Tournament), which opens up the tournament to a more diverse chance of winners. Here are the three players that I believe have the best chances of winning beyond the top two: 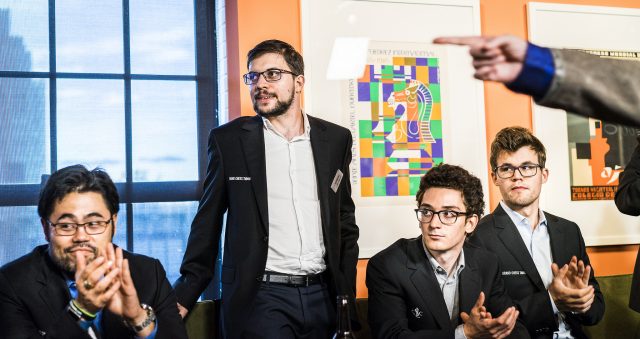 Nakamura, MVL, Caruana, and Carlsen at the 2017 Sinquefield Cup Closing Ceremony. Photo: Lennart Ootes
I'd like to see MVL become the first ever two-time Sinquefield Cup Champion and think he has excellent chances to do so. He's coming off a strong STL Rapid & Blitz performance where he entered the blitz segment tied for 7th and finished the event in clear 2nd, including a last round victory over the winner. He is also in clear 2nd in the overall Grand Chess Tour. 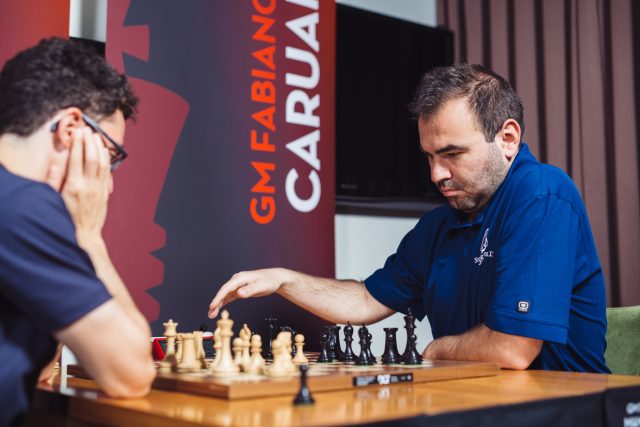 Shakhriyar Mamedyarov at the STL Rapid & Blitz. Photo: Austin Fuller
Shakhriyar Mamedyarov is the current World #3 and well over 2800 in live ratings at 2817. He especially impressed with his recent victory at Biel Chess, securing 1st with a round to spare by defeating Carlsen head-to-head. 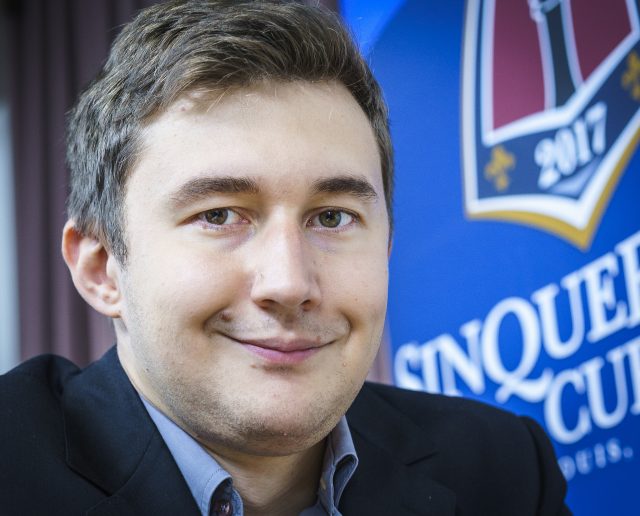 Sergey Karjakin at the 2017 Sinquefield Cup. Photo: Lennart Ootes
It's hard to choose between the rest of the field because all of them are incredibly strong but also haven't had any major classical chess victories in a while. So, I'm going to go with my gut and say Sergey Karjakin. Karjakin is not as highly rated as the rest of the field. In fact, he's the only player who's never crossed 2800 FIDE. He does, however, have the determination and fighting spirit to win top tournaments, and I think he's due for a major win.   Watch the games live and enjoy engaging commentary by Yasser Seirawan, Jennifer Shahade, and Maurice Ashley on the Official Grand Chess Tour Website. Find updates, photos, and more on the US Chess Twitter, Instagram, and Facebook.  The Sinquefield Cup runs from August 18-28 with rounds everyday at 1 P.M. CST (except for August 23, the rest day).