After seven days of non-stop action at the 2022 American Cup, it has all come to this. 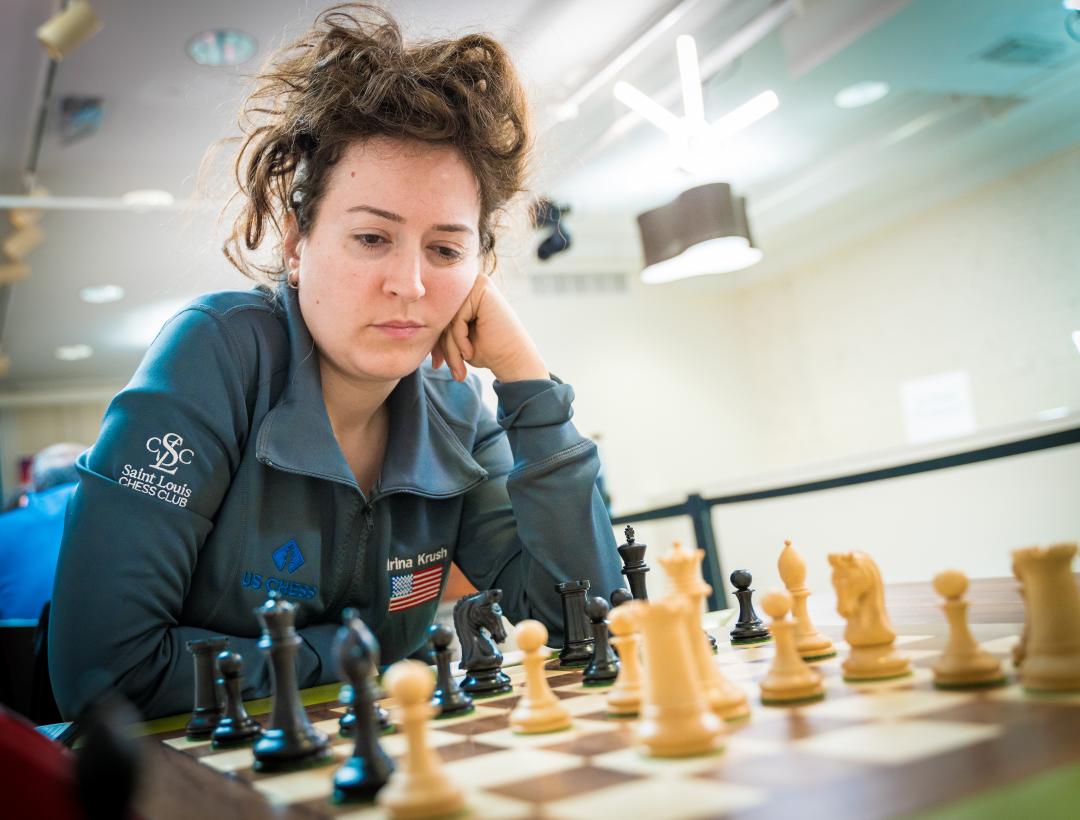 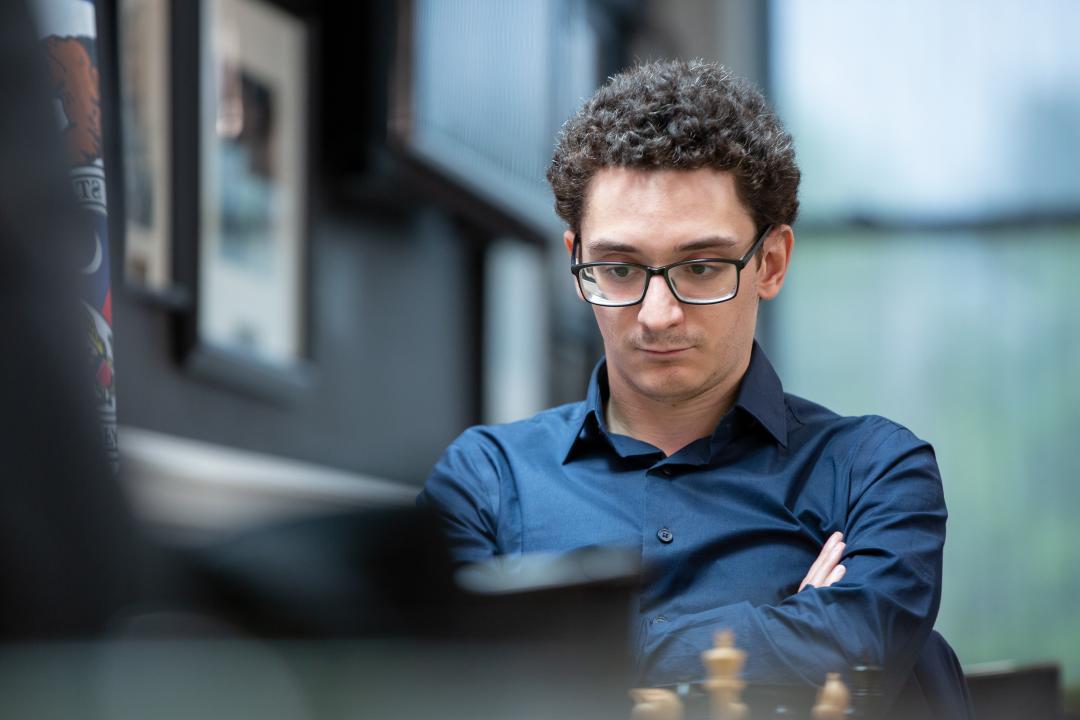 GMs Fabiano Caruana and Irina Krush have come through the Championship section unscathed to claim their seats in the Finals. 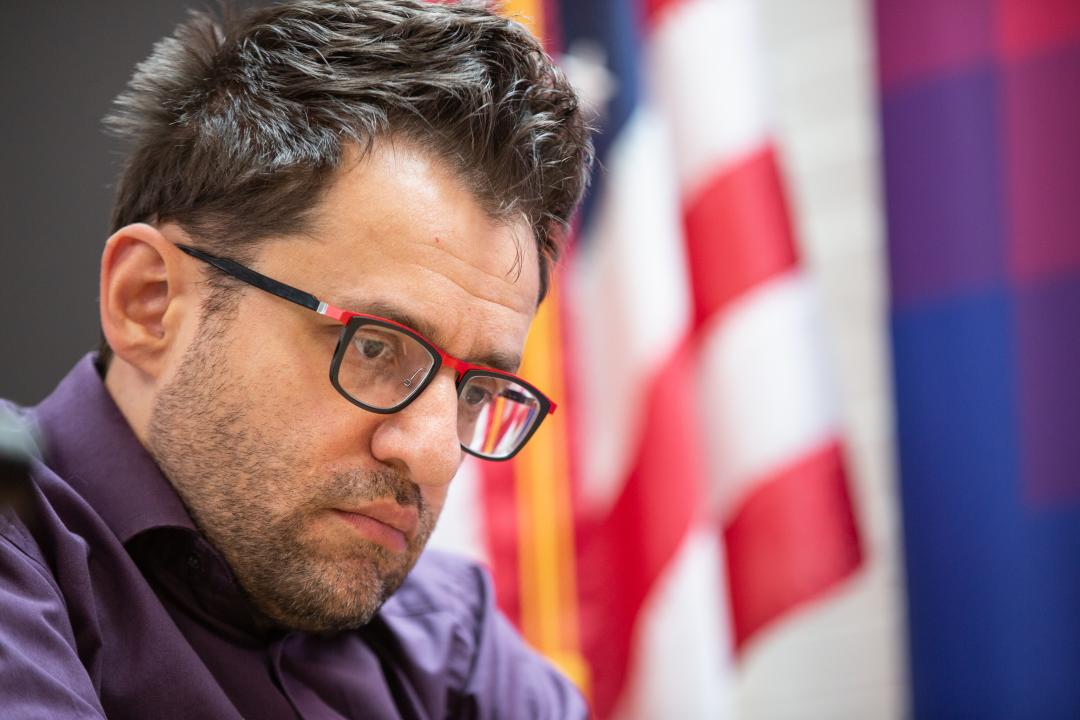 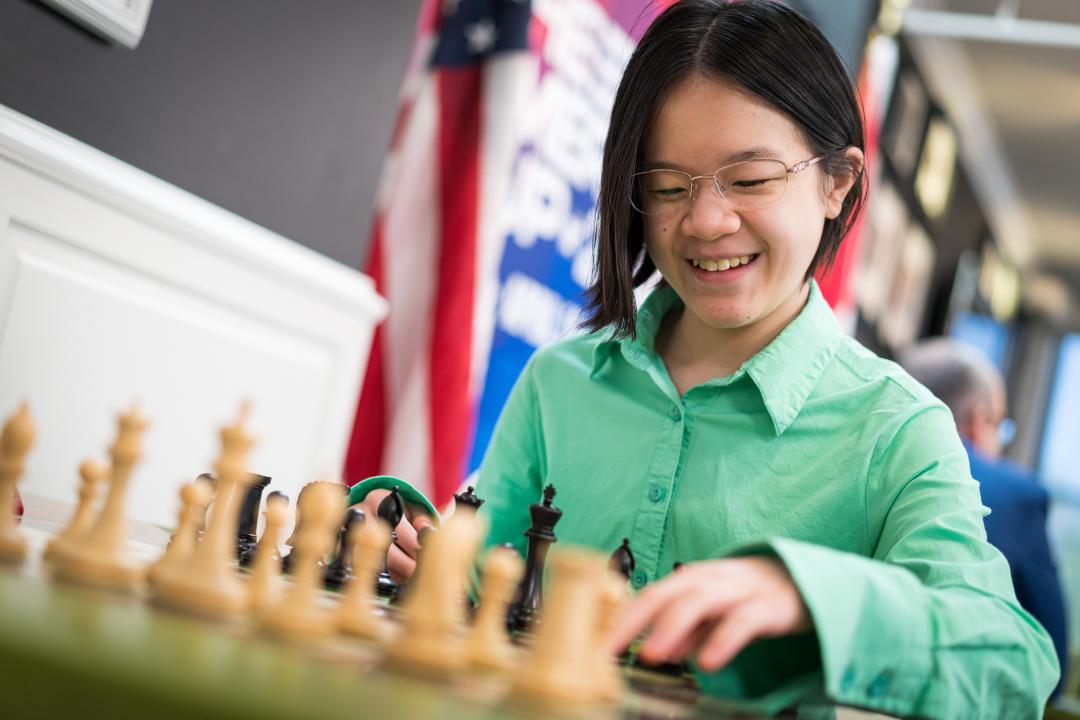 Meanwhile, after crashing out of the Championship to GMs Leinier Dominguez and Irina Krush respectively, GM Levon Aronian and twelve-year-old FM Alice Lee have battled through the Elimination section and are looking for redemption.

The American Cup boasts a double-knockout format, meaning that a player must lose two matches to be eliminated. With Aronian and Lee both having already lost matches, the pressure is on them to win the two-game match played on Wednesday and Thursday, and then force Caruana and Krush into a one-day rapid showdown on Friday.

Here’s how we got to today. 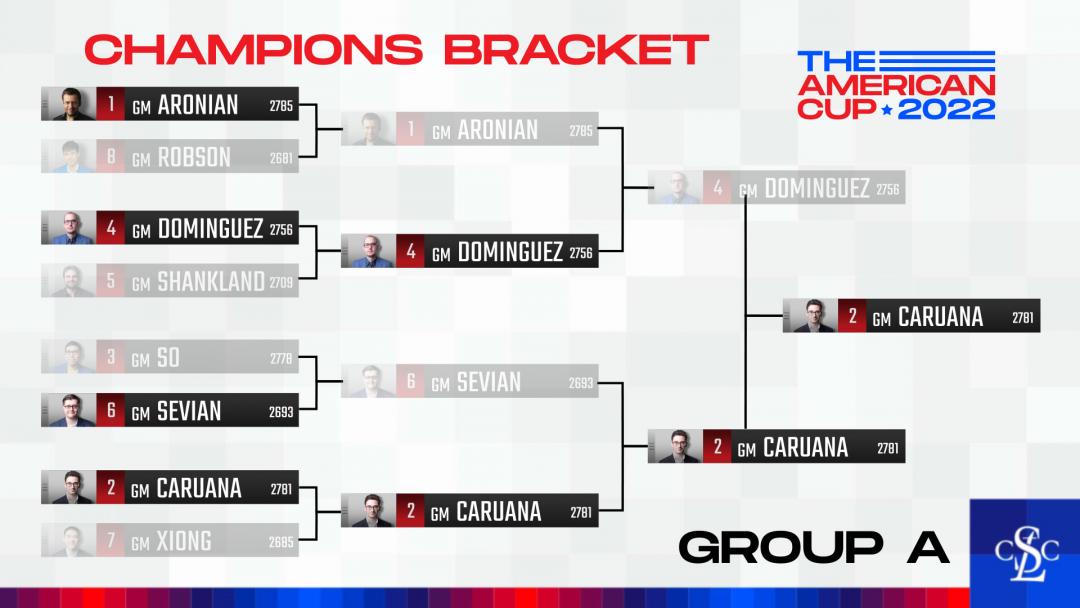 Caruana’s path through the Open Championship was not easy. After “overtime wins” against GMs Jeffery Xiong and Sam Sevian in rounds one and two, Caruana defeated Dominguez 1½-½ to win the Championship. The key game was the first, where it took a slip by Dominguez in an even endgame to provide the margin of victory.

In the women's section, Irina Krush preferred to handle her business in normal operating hours, defeating FM Ruiyang Yan, WGM Gulrukhbegin Tokhirjonova, and FM Alice Lee all by scores of 1½-½, thereby avoiding any rapid playoffs. Here are both games from her match with Lee, which may provide some insight into their Finals match beginning today. 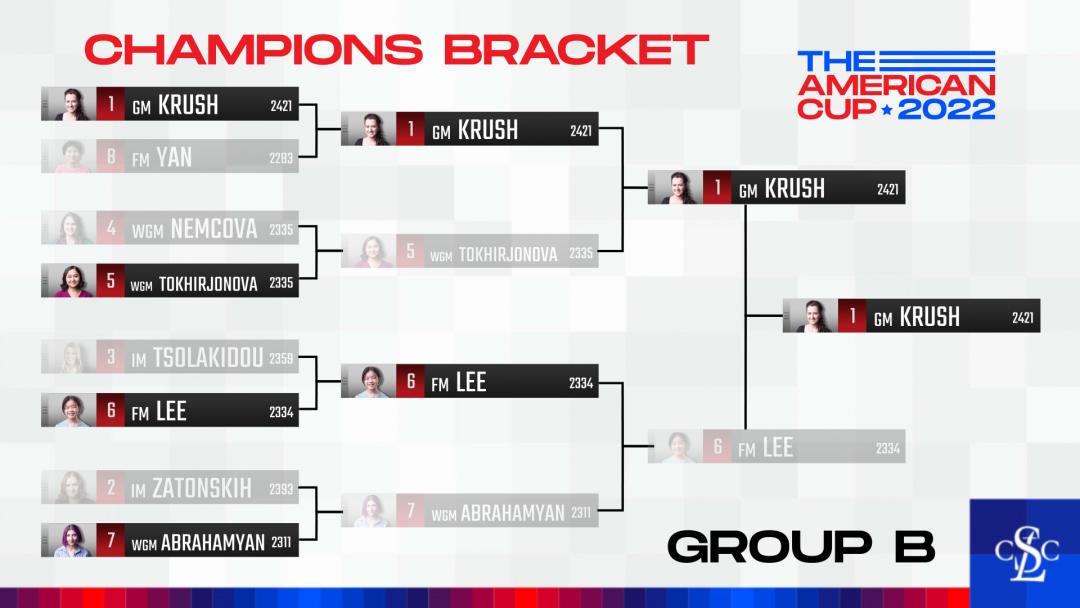 While classical chess sometimes has the reputation of being drawish, especially at the highest levels, rapid time controls usually lead to fighting chess of a relatively high quality. The elimination brackets were proof positive of this, with plenty of exciting games for fans to savor. 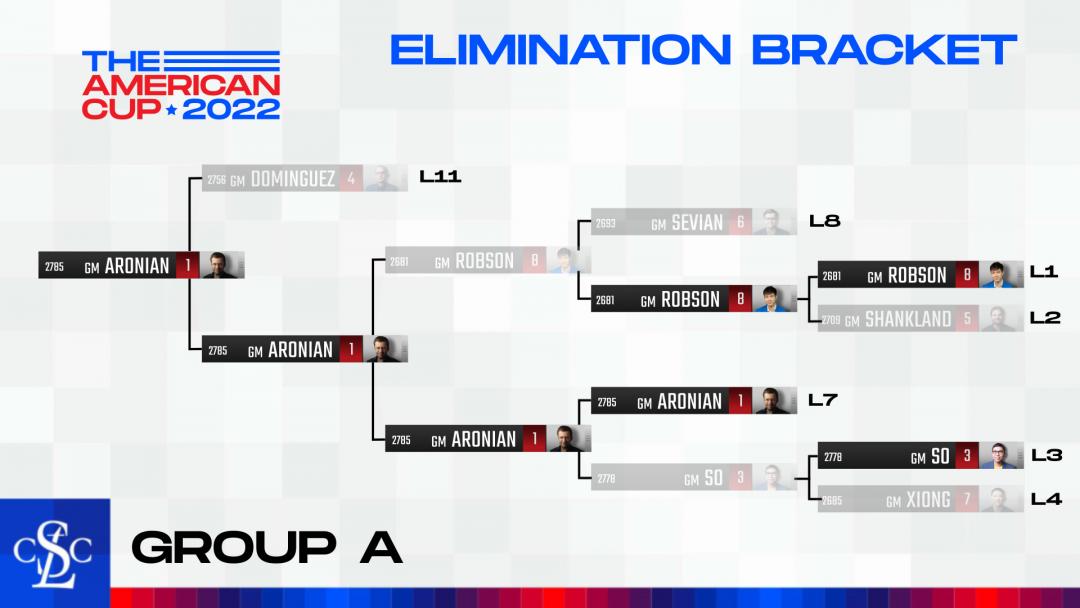 After losing to Dominguez in round two of the Championship, Aronian has torn through the Open Elimination bracket, defeating GMs Wesley So, Ray Robson, and Leinier Dominguez to advance to the Finals. 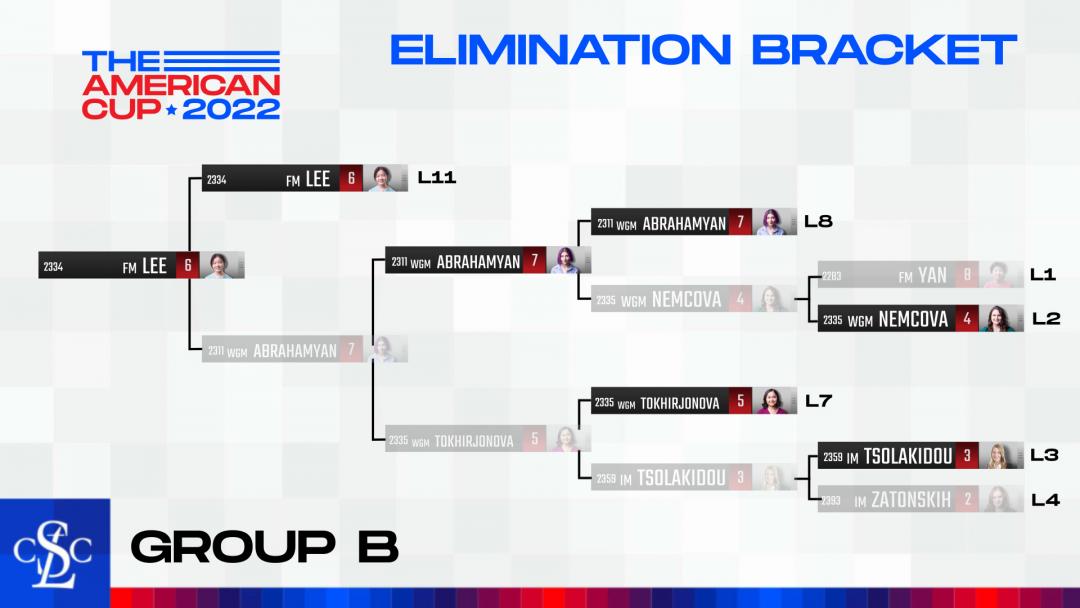 After defeating WGM Tatev Abrahamyan 1½-½ in the second round of the Women’s Championship bracket, Alice Lee met Abrahamyan once more in the final Elimination round. The result was an instant classic, with five sharp, exciting games, all with decisive results. It all came down to the Armageddon game, won by Lee after Abrahamyan had to burn all bridges in search of victory.

So it’s a pairing that most would have predicted, and one that the odds were squarely against, in the American Cup Finals.

Will Aronian stake his claim to the top spot in American chess? Will Lee complete her breakout performance with an upset victory?