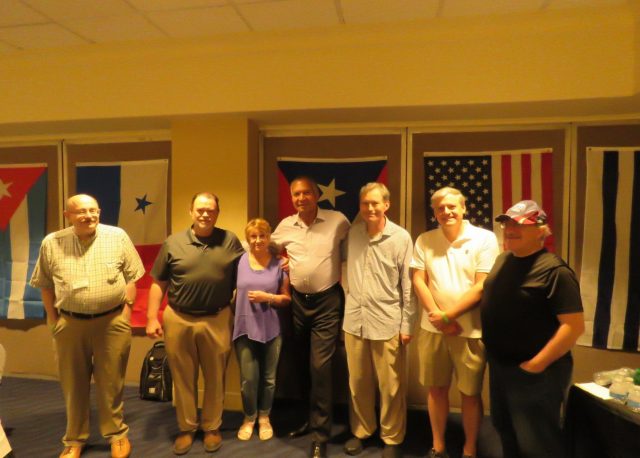 The 2018 Pan American Veterans [50+] & Senior [65+] Championships were held December 8-13 in St. Croix, US Virgin Islands.  For the first time ever all 5 American zones were represented in this 9 round event.  The field consisted of 14 players from 8 different countries including 7 US players, with 4 International Masters, & both a FIDE Master and a Candidate Master.  Julie Anne O’Neill (the only female player) finished in third place for age 65+, while Hanneign Pitre finished in fourth.  Finishing in fourth place for the Veterans was Paul Fields with 5 points, while Nicholas Schoonmaker with 5 points finished out of the money.  It should be noted that this FIDE event didn’t have split cash prized for ties.  The remaining two 65+ finishers were Jorge Molina [second] from Cuba, and Leon Piasetski [first] from Canada.  The playing site was the Divi Carina Bay resort, which will not officially reopen until June next year.  Both Puerto Rico and the Virgin Islands have yet to fully recover from the 2017 hurricanes.  Still the hotel provided more than adequate service, and the playing site was nice. With such a small field it is no surprise that there were a lot of US versus US pairings.  You even had husband and wife [O’Neill & Schoonmaker] paired in a round.  This event was a FIDE continental championship qualifier (for the World Senior Championship in 2019), which means that the top finisher in each section earned a GM norm [& IM title if they had not already had it], and the second and third place finishers get an IM norm from the event.  The top three finishers in each section automatically qualify for the 2019 World Senior Championships.  Each first place finisher in addition to the cash prize is given room and board for free at the 2019 FIDE Senior Championships.  The full results can be found at chessresults.com under the US Virgin Islands [ISV] listing, “Panamerican Veterans & Seniors.  There were many intense fought games throughout the event, and there was even a cell phone forfeit when one of the player’s cell phone went off during the game.  You can also visit the USVI Chess Federation facebook page. Finishing first and second in the Veterans were IM Jefferson Pelikian [1 more Black] and IM Bernardo Mailhe Roselli both with 7.5 points out of 9.  Here is the win by Roselli over myself as I blew the endgame.
SHARE: