US Open, Day 7: Reaching for the Top Spot

Heading into the merge, Moradiabadi sat in sole first with 6/6, trailed by two players, each from the four-day and six-day schedules. A pair of Texas Tech alums, Matviishen and GM Aleksey Sorokin, finished the four-day on 5½/6, and IM Semen Khanin joined Naroditsky on the same score after the two peacefully drew in round six. 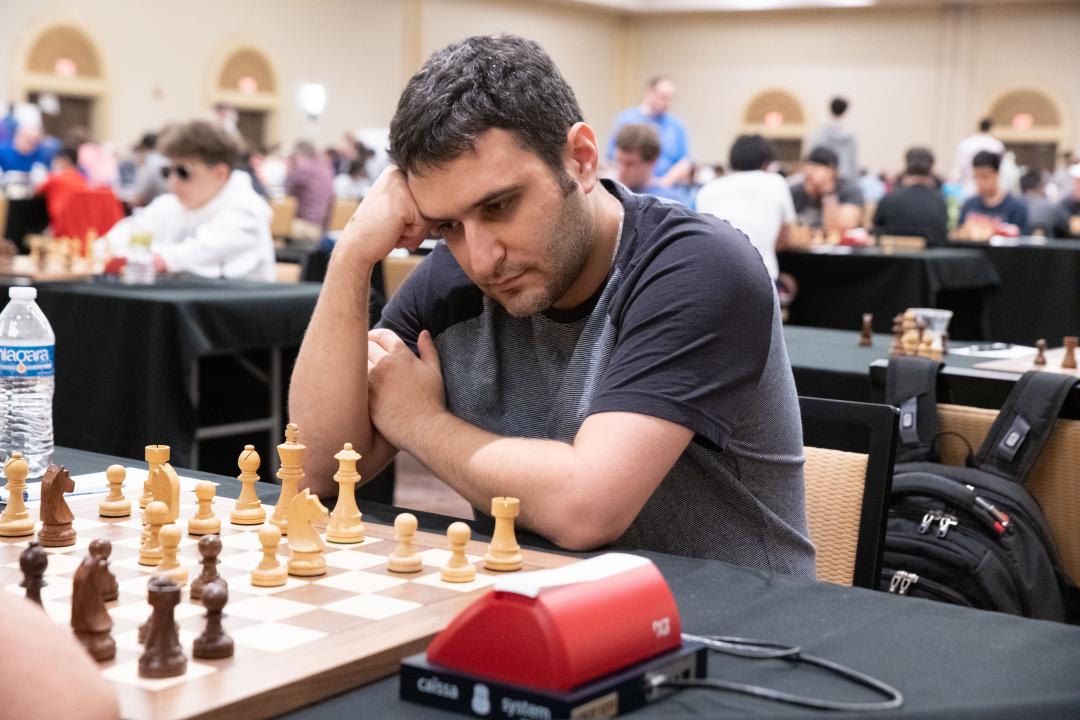 As the highest rated player in the trailing pack, Charlotte, North Carolina’s resident GM Naroditsky squared off against his Durham, NC rival Moradiabadi in a closed Run Lopez. Those hoping for UNC-Duke levels of North Carolina rivalry were disappointed, as the two agreed to a draw on move 16 immediately after Naroditsky took a long think before an unfamiliar g-pawn push. 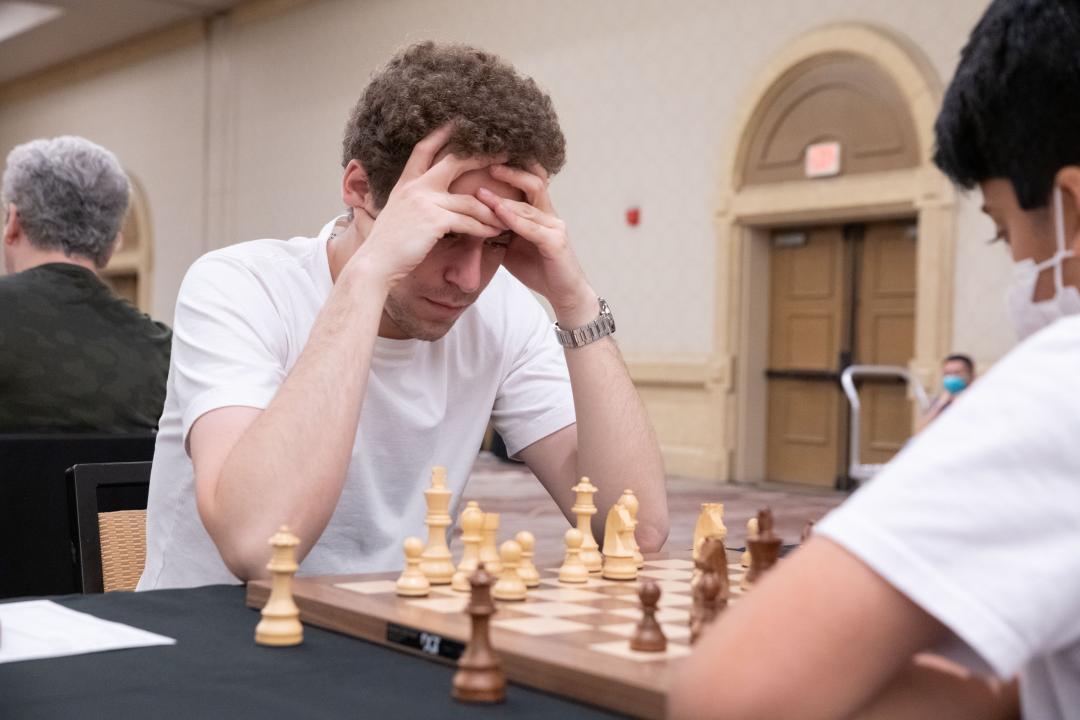 While Khanin and Sorokin repeated moves in a known draw in a 6. Bg5 Najdorf sideline, Matviishen got hit with an enterprising Benoni from none other than GM Vladimir Akopian, the top-rated player sitting at 5/6. Matviishen prevailed without too many problems to solve out of the opening after Akopian had to yield dark-squared weaknesses by surrendering his fianchettoed bishop.

Akobian’s win over IM Timothy Taylor was perhaps the tensest affair of the top boards. After failing to find anything out of the opening, Akobian entered the sort of materially imbalanced middle games that allow higher-rated players to out-strategize their opponent. Here, though, Taylor played the position correctly, creating serious problems for Akobian before eventually missing, or perhaps intentionally passing up, a forced drawing line.

Another intra-state battle saw Illinois IM Samuel Schmakel join the log-jam at 6/7 after taking down young Illinois master Nicholas Ladan. The game deviated from Fianchetto King’s Indian Defense theory early, with Schmakel employing a deviously subtle maneuver in which it appeared as if he lost tempi with his queen only to deliver a mating attack out of thin air.

The week of quads came to a close with more groups playing on Friday. Hemachandra Rambha won the top group, and Leroy Zheng, Vyas Vishal, and Ivey Zhong also won their sections.

With no classical chess until the penultimate evening round, the schedule is cleared for the US Open Blitz Championship. Featuring seven double-rounds of G/5,d0, this event will promise exciting chess and even more exciting disputes over time scrambles.

With committee meetings completed, the US Chess Delegates descend on Rancho Mirage, beginning their meetings today before the executive board's open and closed sessions.