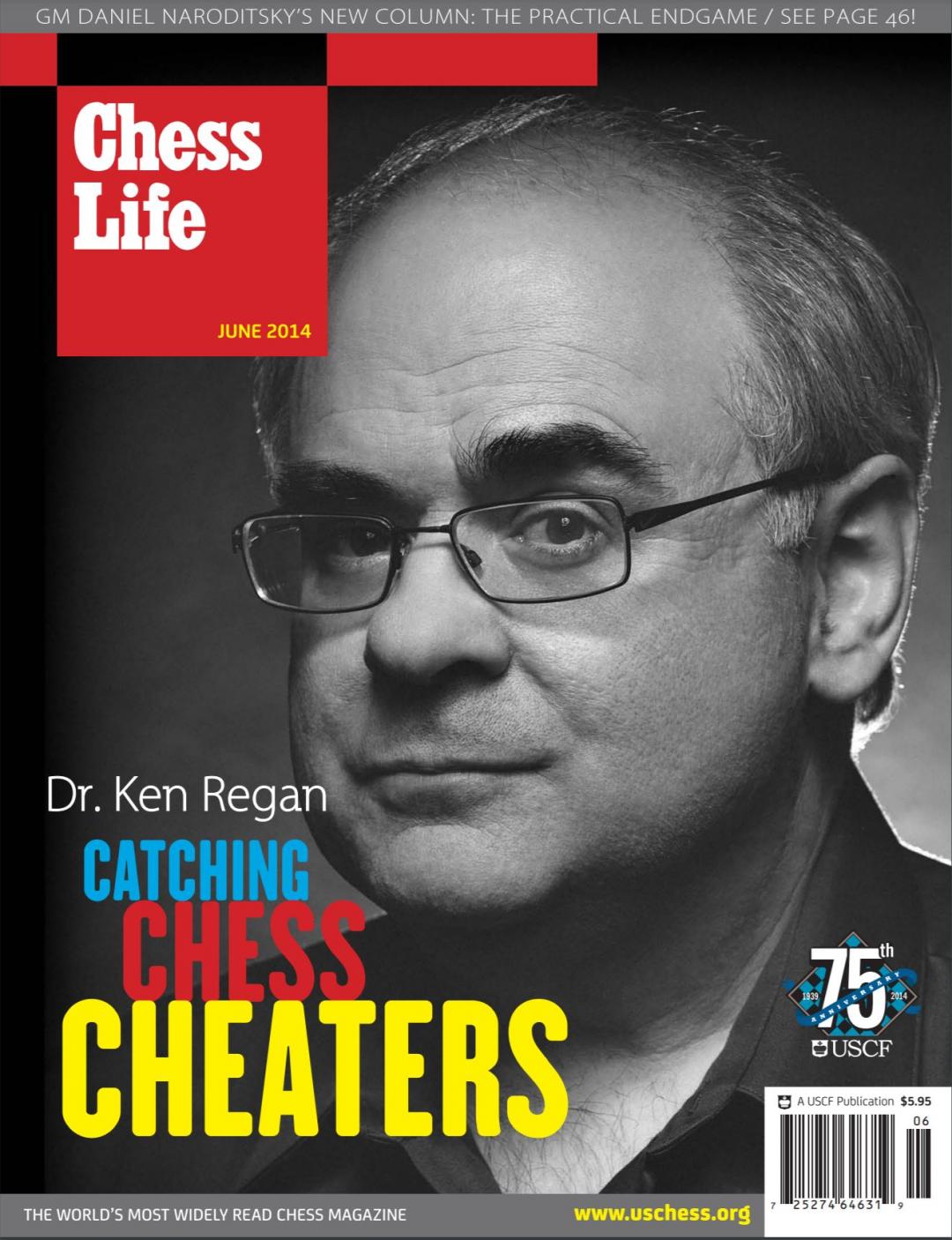 Image Caption
Dr. Regan on the cover of the June 2014 Chess Life

In our ongoing initiatives to make both online and OTB rated play more available and to provide more certainty about the integrity of competitive play, the US Chess Executive Board worked with the US Chess Ratings Committee to review the fair play methodology and implementation of renowned expert Dr. Kenneth Regan.

A subcommittee of multi-disciplinary experts carefully examined the approach, algorithm, and implementation developed by Dr. Regan. In their letter of recommendation, the subcommittee detailed the accuracy of Dr. Regan’s positive conclusions, stating: “His method is well tested and used extensively around the world. He is conservative in the threshold he uses for determining cheating and thus the expected false positive rate is at or below that of other methods.” The subcommittee also went on to note that Dr. Regan’s approach, unlike others, can also detect non-computer aided violations, adding: “Because his method compares the move selection distribution of a player to the expected distribution for players of that rating, it can potentially detect assistance from higher rated players.”

US Chess has invited other professionals as well as chess server vendors to follow a similar course, noting that there are experts who would be willing to sign Nondisclosure Agreements, as has been done during previous reviews, to examine the details of their fair play methodologies. It should be noted that currently, the reviews of other individuals and/or platforms are at varying stages and there could be vendors who decline, or have declined, to participate.

So, what does this mean in practical terms? The letter of endorsement from the US Chess Executive Board for Dr. Regan’s algorithm should give confidence to US Chess members who may seek to use his services for fair play review of games played at their event, or against them.

The letter also emphasizes that the endorsement does not abrogate the rights of a US Chess member to due process if accused of cheating in a formal complaint to the US Chess Ethics Committee. Evidence of supposed cheating detected by the fair play method may or may not be adequate to support a charge that a player has violated the US Chess Code of Ethics. To read the full letter of endorsement from the Executive Board, click here.