The inaugural US Chess/ChessKid Online Elementary Championship will take place August 8-9, 2020 on the ChessKid.com live server. The event is open to any child in grades K-6 attending school in the U.S. or its territories (grades are based on the grade just completed, not the upcoming grade in the fall).

Update #1: Due to the fantastic turnout, the K-1, 2-3, and the 4-5 sections will be split into two groups to improve player experience and help in narrowing the field down to a clear winner. And yes, this does mean double the prizes! Sections will be split with roughly equal rating strength distribution between the sections, and an additional awards suite (including extra jerseys) will be awarded. Players will now have twice as good a shot at taking home a prize like a plaque or lessons with a grandmaster!

Update #2: Since many parents registered recently and could not have their child play in the warmup event, we have scheduled two additional warmup events on Friday, August 7. The first will be at 12pm Pacific/3pm Eastern and the second at 3pm Pacific/6pm Eastern. All kids are invited and encourage to play in one or both (yes, even if you played in the first one last weekend).

Both organizations are eager to offer a large, open event, especially in light of all the major scholastic events which have been cancelled due to the coronavirus. ChessKid has recently hosted the largest online state championship in history, and this event will stretch several thousand miles farther to both coasts of the country!

"US Chess is thrilled to be able to bring the competitive spirit and exciting aura of one of our large-scale scholastic events directly to the doorstep of our scholastic members," said US Chess Assistant Director of Events Pete Karagianis. "Especially now, the ability to connect is more important than ever. We are overjoyed to create that opportunity for connection through a game chess."

The tournament will take place entirely online, saving families from the expense and hassle of travel. Both US Chess and ChessKid hope that families in both urban and rural environments participate.

"Large scale over-the-board tournaments just aren’t possible in today’s challenging times," said ChessKid CEO Carey Fan. "ChessKid is proud to team up with US Chess to enable the next generation of chess talent to continue to enjoy competitive rated games and other fun online activities."

The tournament will take place in four sections: K-1, 2-3, 4-5, and grade 6. You should register for the same grade level you were in on May 2020 when Elementary Nationals would have occurred. Children are not allowed to "play up" into an older grade section, with one exception: Kids who were in Pre-K and are going to be in Pre-K again, or are entering K in the fall, may play in the K-1 section. The K-1 and 2-3 sections will be Saturday, August 8 at 9am Pacific/12pm Eastern. The 4-5 and grade 6 sections will be Sunday, August 9 at 9am Pacific/12pm Eastern.

In addition, there will be a "warmup" event for all sections on Saturday, August 1 at 9am Pacific/12pm Eastern. This event is highly encouraged so that kids and families can practice using the ChessKid.com "Fast Chess" server, test their internet and browser, and other areas of troubleshooting.

All sections will play under the same format, which is a seven-round Swiss, with time control of G/15+5 (15 minutes + 5-second increment per move). The maximum time for each round is therefore about 40 minutes, meaning the total possible time would be a little less than five hours.

However, there are not "set" round times like an over-the-board tournament; the next round begins when all games have finished from the previous round. In practice, this means the tournament will likely take about 3.5-4 hours to complete, although you should plan for five hours.

The tournament will be US Chess Online Quick-Chess Rated. Players will be assigned a special one-time use ChessKid account (not their normal account) so a child's "normal" ChessKid rating will not be affected. The one-time use account will have the child's US Chess rating, so that the Swiss pairings will be accurate.

The top 20 finishers in each section, after tiebreaks, will receive a custom plaque via regular mail. The plaque will include the tournament's logo. Note that ChessKid's standard tiebreak of Sonneborn-Berger will be used as the first tiebreak. If needed, tournament directors will also manually compute Modified Median, Solkoff, and then Cumulative as the second through fourth tiebreaks, in that order.

This is an individual event; there are no team prizes.

In addition, the first-place winner in each of the four sections, after tiebreak, will also receive a USA National Team jersey or similar apparel prize (via a voucher to the US Chess team uniform store). Note that only in the case of two or more perfect-score finishers (7-0), ChessKid will host a blitz tiebreak match at a later date to determine the champion and the winner of this special prize.

For the warmup tournament on August 1, US Chess membership extensions will be given to the top 5 finishers in each section. Since the main goal of the warmup event is to get acquainted with ChessKid's live tournaments, there will be fewer rounds and a faster time control than the main event. It will be five rounds of G/5+1 and will last about one hour. That event will be also be at 9am Pacific/12pm Eastern.

All registrations will be taken here. Section eligibility is determined by the grade just completed, not the grade entering into this fall.

Note that players must be current members of US Chess to participate. If your child is not a member, or has had their membership expire, you may join/renew at the same time you register for the tournament.

No outside assistance of any kind is allowed, including use of computers, other humans, books, past scoresheets, writing down notes, databases, etc.  All ChessKid.com/Chess.com fair play measures will be in place and all US Chess rules must be followed.

Every game is subject to review by the ChessKid.com fair play team. After consultation with tournament directors, if a child has been determined to have violated the tournament's policies, he/she will be removed from the tournament by the US Chess TDs. This may occur during the event or after. All conclusions by tournament staff are final and may not be appealed. Players in violation of fair play may also be subject to review by the US Chess Ethics Committee.

In addition, all players and parents will be required to sign a fair-play agreement and watch a fair-play video prior to the tournament.

GM Ben Finegold and FM (Funmaster!) Mike Klein will be streaming at twitch.tv/chesscomevents. 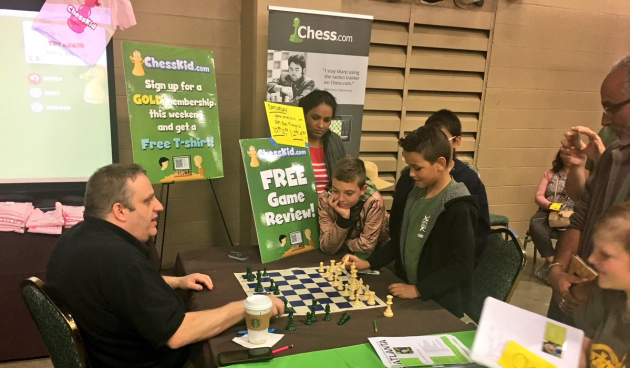 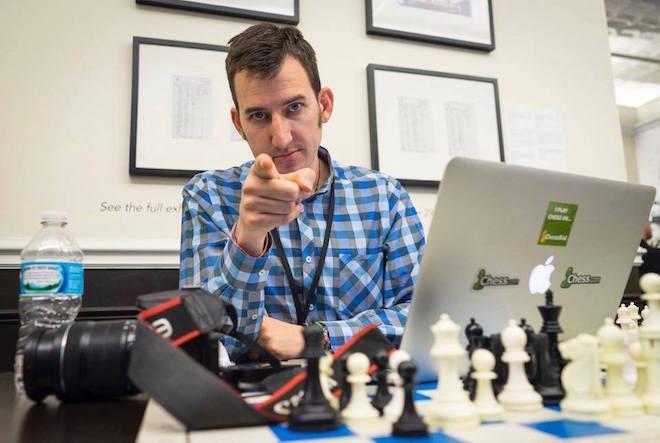