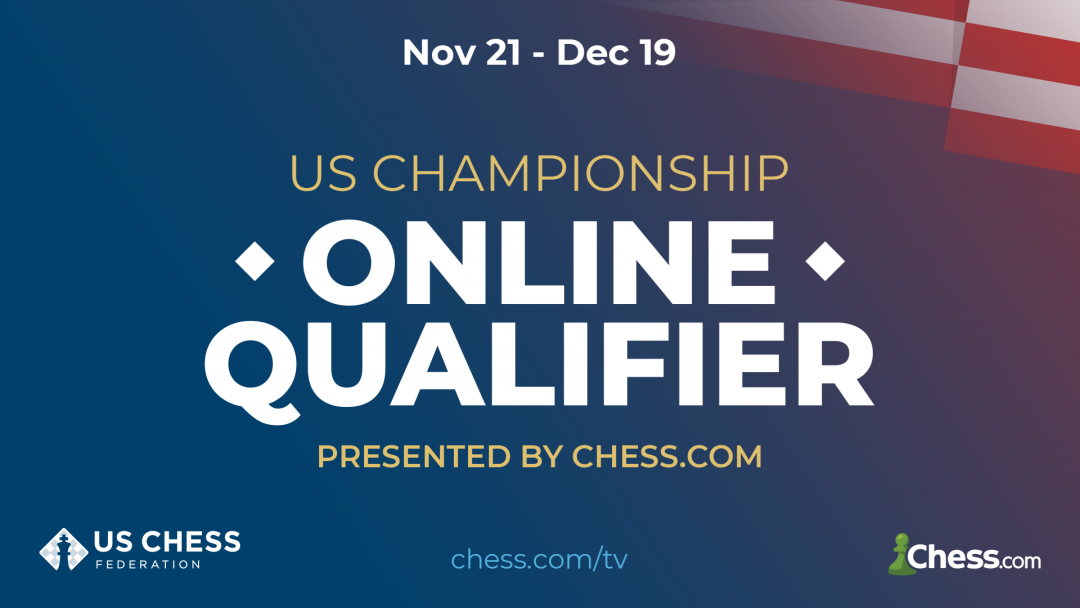 The US Chess Championship Online Qualifier - which ends with a seat in the 2021 national chess championship - has already whittled down from thousands of players. By the end of this weekend, it will be down to two.

Beginning with a U1600 section in mid-November, the national online qualifier has played out on Chess.com and featured a phased qualification system for each rating class to advance to the next section and stage. The event has narrowed down to 23 players who scored 7/12 or better in last weekend's 2400+ section, and will now play a Final Swiss this Saturday, December 5.

The qualifying players are:

These players have qualified for Saturday's Final Swiss which will play seven games with a 10/0 time control. The top-eight finishers will advance to a Final Bracket on Sunday, though based on eligibility for the 2021 national championship, only those players who represent the US Chess Federation will be able to advance to the Final Bracket.

On Sunday, December 6 at 2:00 p.m. pacific, eight players will face off through a knockout bracket seeded by their standing from the Final Swiss. The matches will consist of two 10+2 games, with an additional two 5+2 games for tiebreak. If needed, an Armageddon game will decide which player will advance.

Sunday's Final Bracket will progress until two players remain. Those two finalists will join six pre-selected participants - four players determined by US Chess, and two wild card selections by Chess.com - for an 8-player Final Round Robin to award the 2021 US Chess Championship seat.

The Final Round Robin is scheduled to begin Friday, December 11.

The US Championship Online Qualifiers will be broadcast in full on Chess.com as well as its Twitch and YouTube channels. More information on the national event, including fair play regulations as well as upcoming side events with prizes for US Chess members, may be found here.