US Amateur Team East Kicks Off with Over 300 Teams [GALLERY]

With more than 300 teams at this year’s U.S. Amateur Team East, it is clear that the tournament has done a great job of attracting talent around the country and even the world. 50 teams alone registered upon arrival at the venue. This means over 1,200 chess players will face fierce competition in order to be the team champion. We can expect chess players to be looking a bit like this: 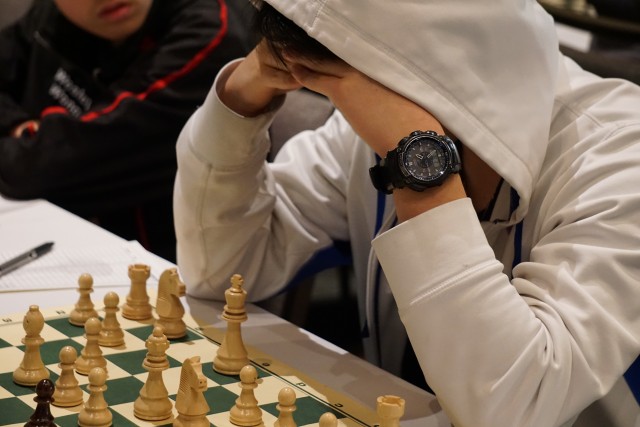 Ethan Li, Board 1 of the defending champions, "Academy" deep in concentration
Some players may look a little more relaxed, though: 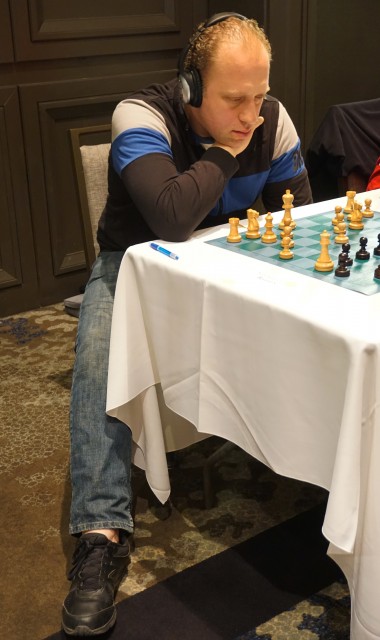 Plenty of rising young chess stars are in attendance, such as WFM Martha Samadashvili and FM Hans Niemann. 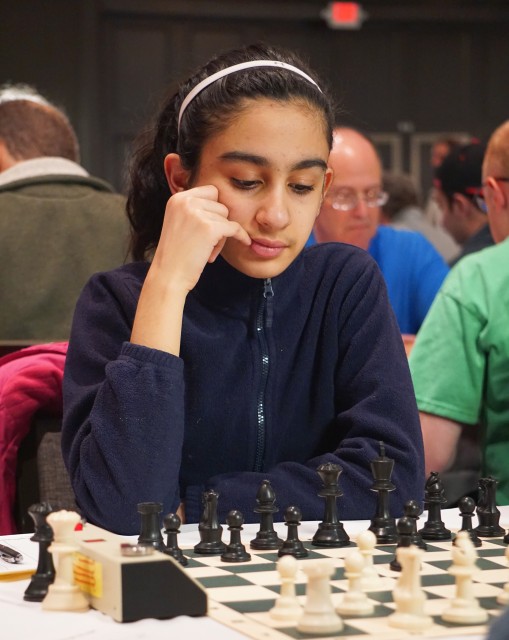 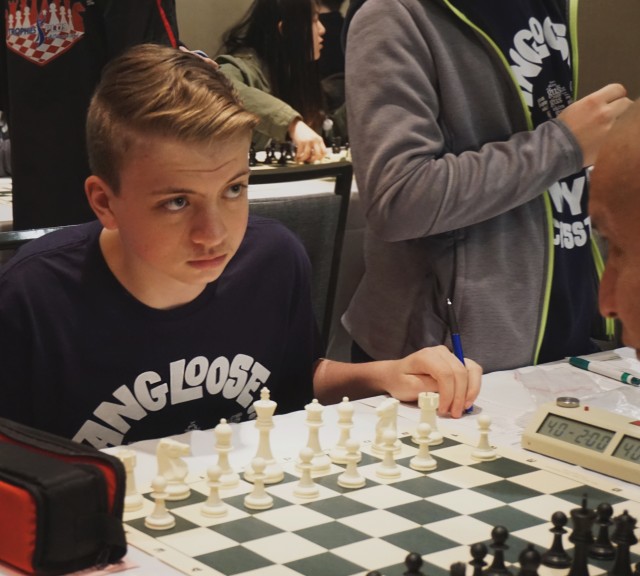 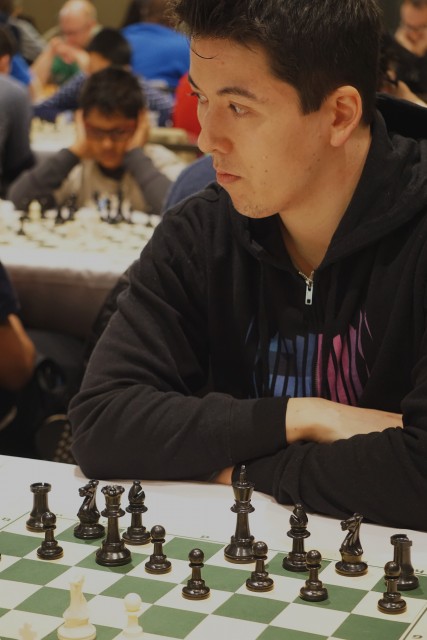 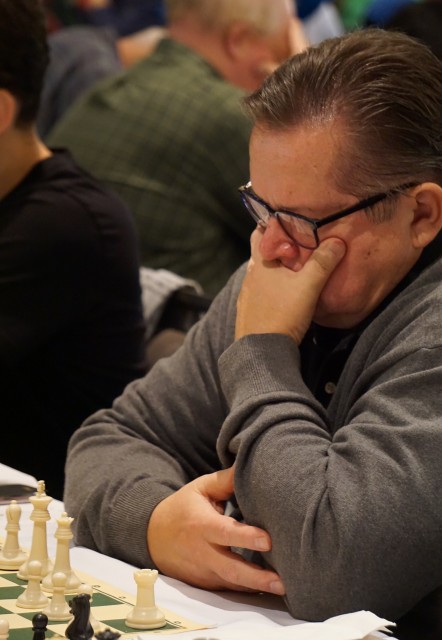 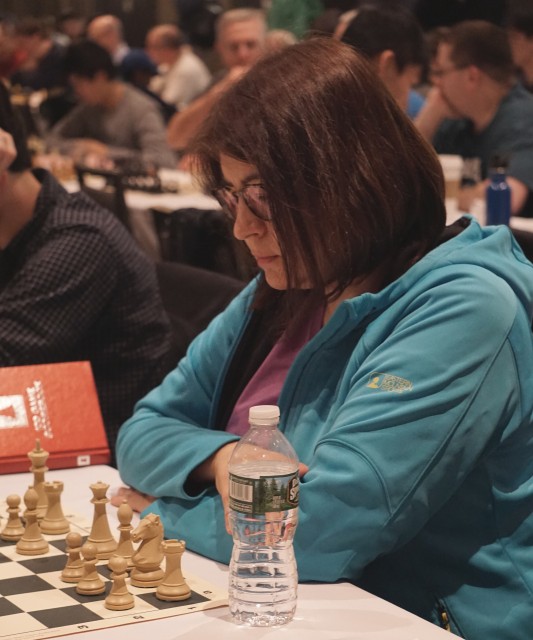 WIM Beatriz Marinello, FIDE Vice President and #1 Top Woman 50 and Over in the U.S.
Despite attracting these exceptional players, it is the average tournament players that make up the bulk of USATE. It’s always an exciting event for the young scholastic player, the long-time chess player, and every person in between. We all flock to Parsippany, New Jersey to gain experience, have fun, and battle it out over the board. There is also serious competition for the best team names. There are, unexpectedly, too many political references to mention but some of my favorites were #BlackKnightsMatter, All Chessplayers Matter, Make America Mate Again, and Lady and the Trump. There were many other non-political brilliancies such as YIP YIP HOORAY! (WFM Carissa Yip’s team), Play Like A. Giri, and New York Stockfish Exchange. 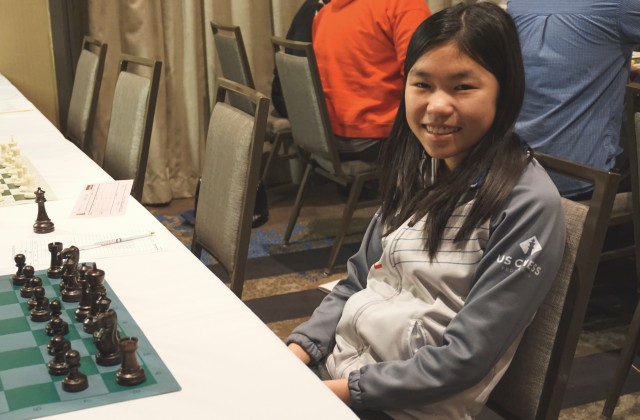 Carissa Yip
The best team costume contest is yet to be begin, but some players have already brought on the fashion! 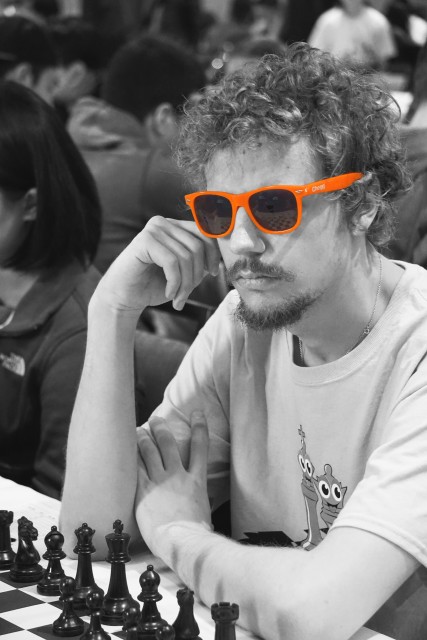 Beyond the National competition, it is a family event, a fun weekend with friends, and a memorable experience no matter if it’s your first tournament or your last tournament before retiring till next year's USAT! Look for more updates on the US Amateur Team East on twitter and facebook, and for more reporting by Vanessa Sun here on uschess.org. US Amateur Team competitions are also underway in Orlando, Schaumburg and Santa Clara. Follow live games from the South here.
SHARE: