Have you watched the new Netflix limited series "The Queen's Gambit" yet? If not, you're one of a dwindling few!

Rated 100% fresh by Rotten Tomatoes, "The Queen's Gambit" has consistently been among the most-viewed programs on Netflix since its premiere on October 23. 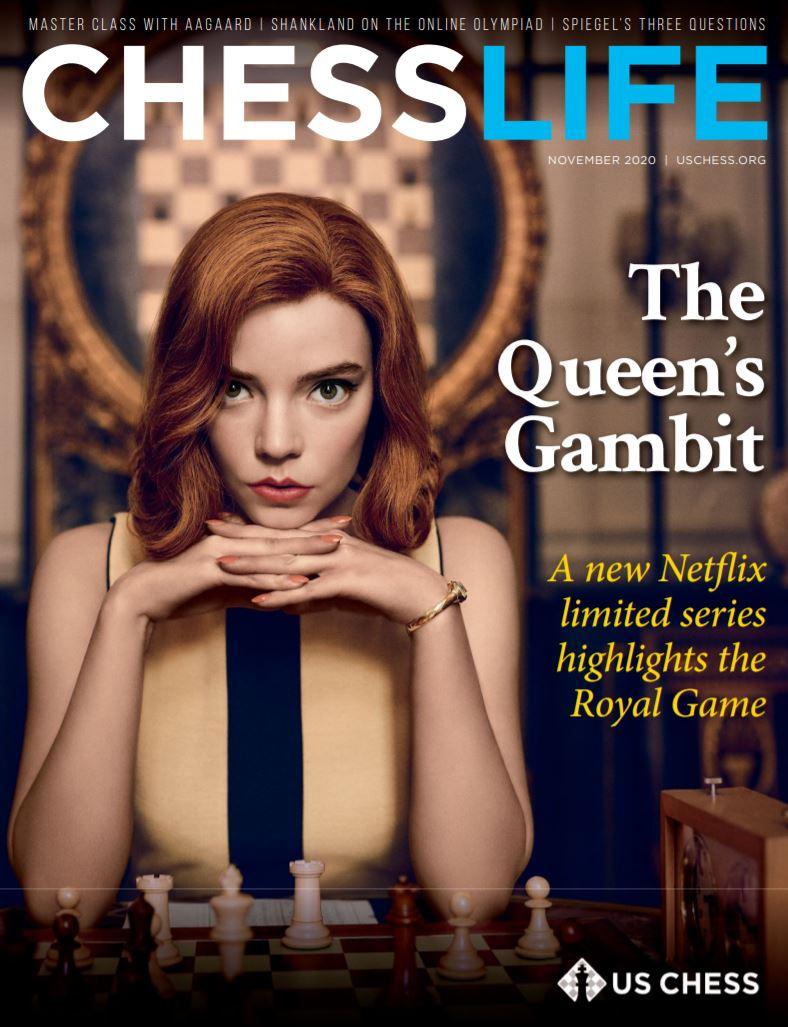 The limited series is the subject of our November 2020 Chess Life cover story, written by longtime CL columnist Bruce Pandolfini, who served (with GM Garry Kasparov) as a consultant for the production. Chess Life editor John Hartmann spoke to Pandolfini and members of the cast as part of US Chess' coverage of this important cultural event.

This production is based on a 1983 novel by Walter Tevis by the same name, and it too was featured on a Chess Life cover. 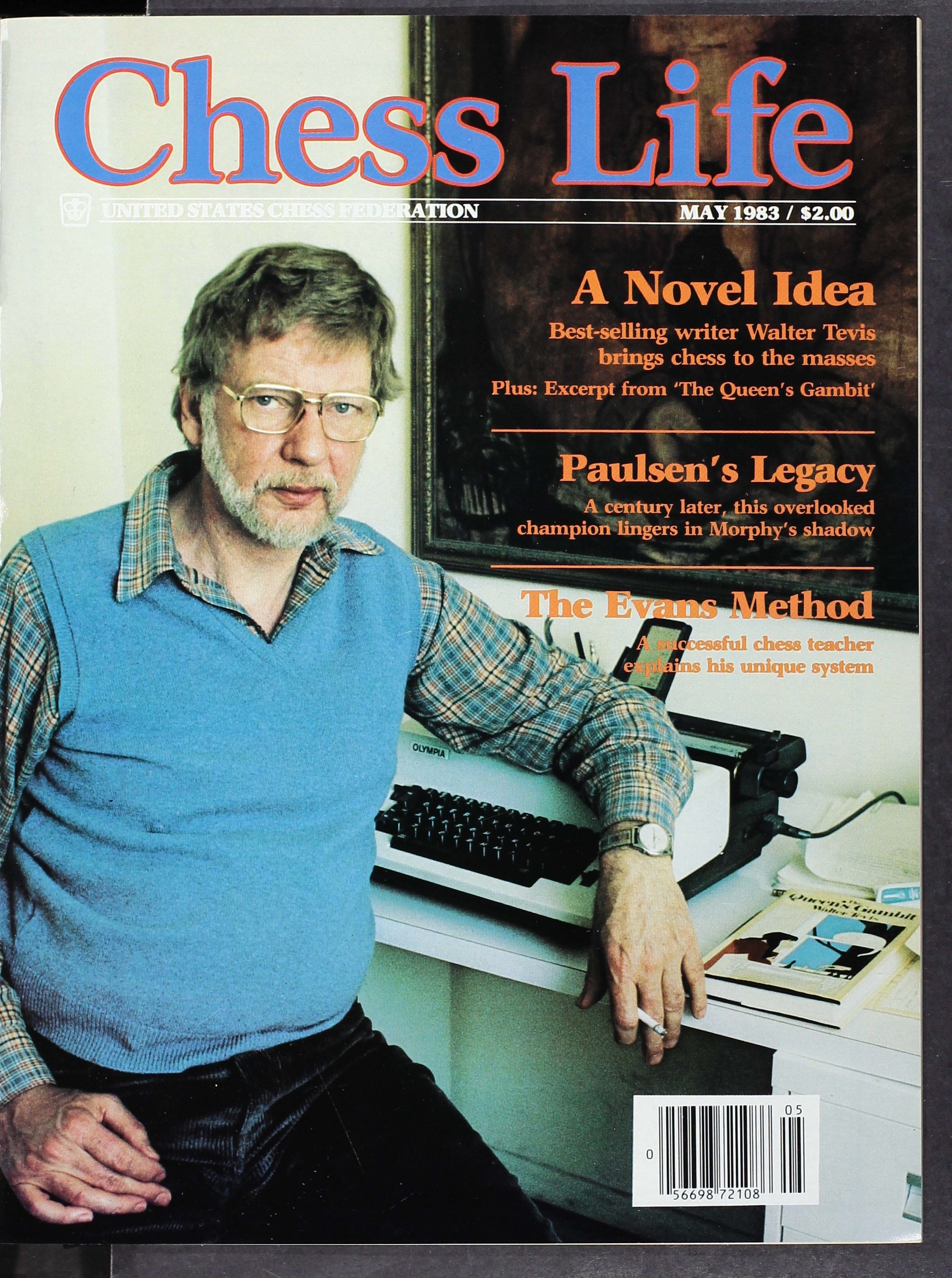 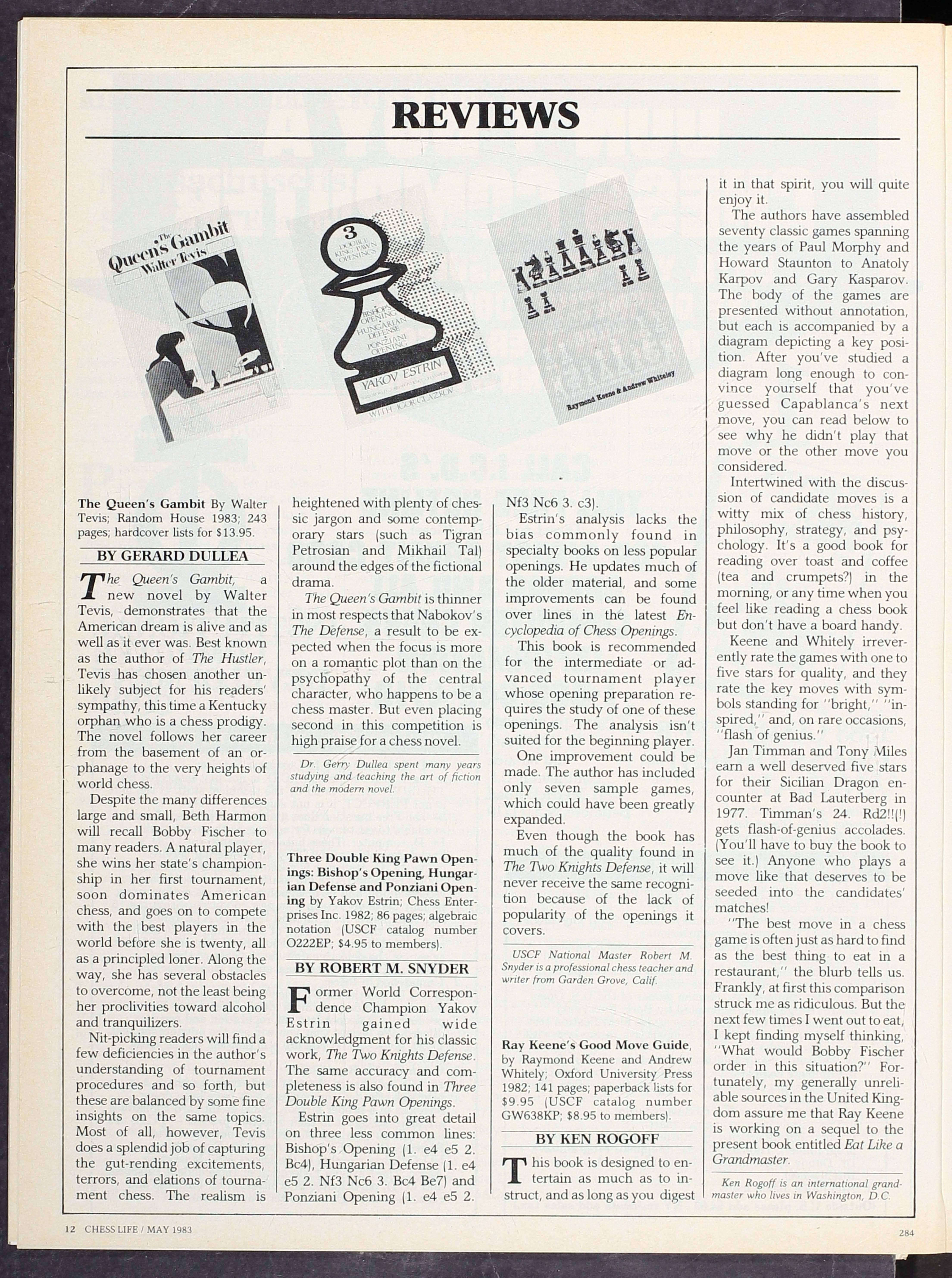 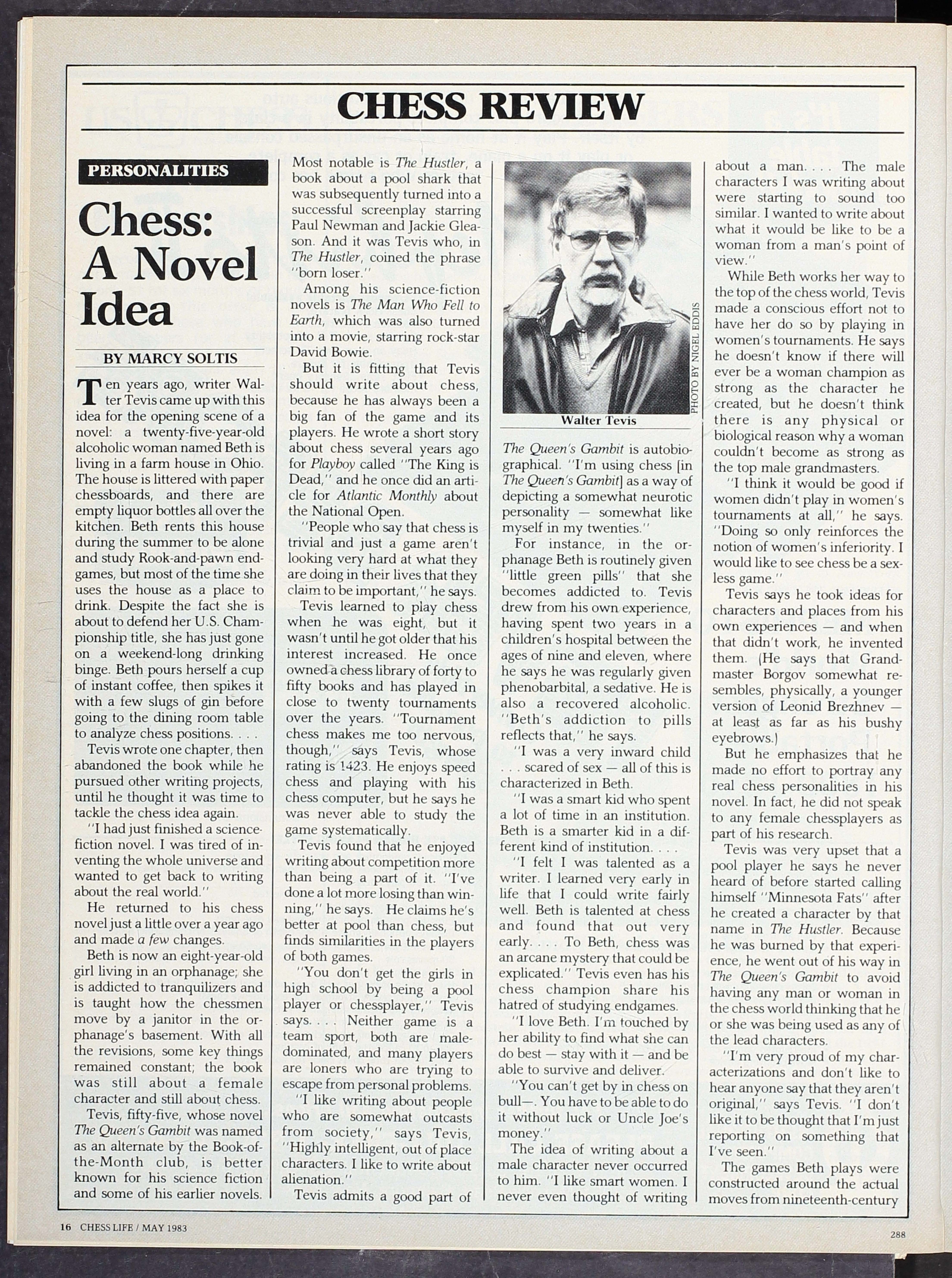 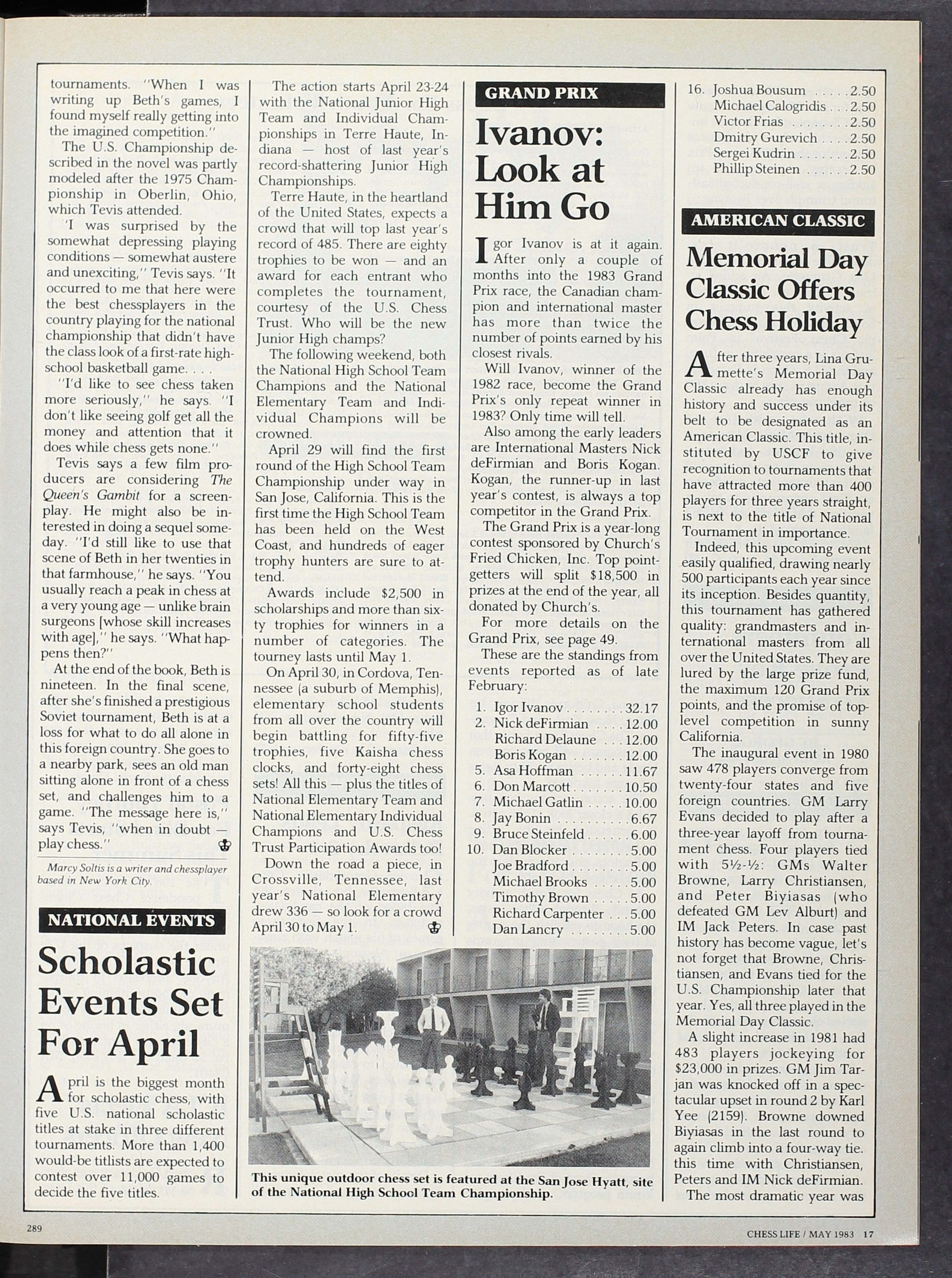 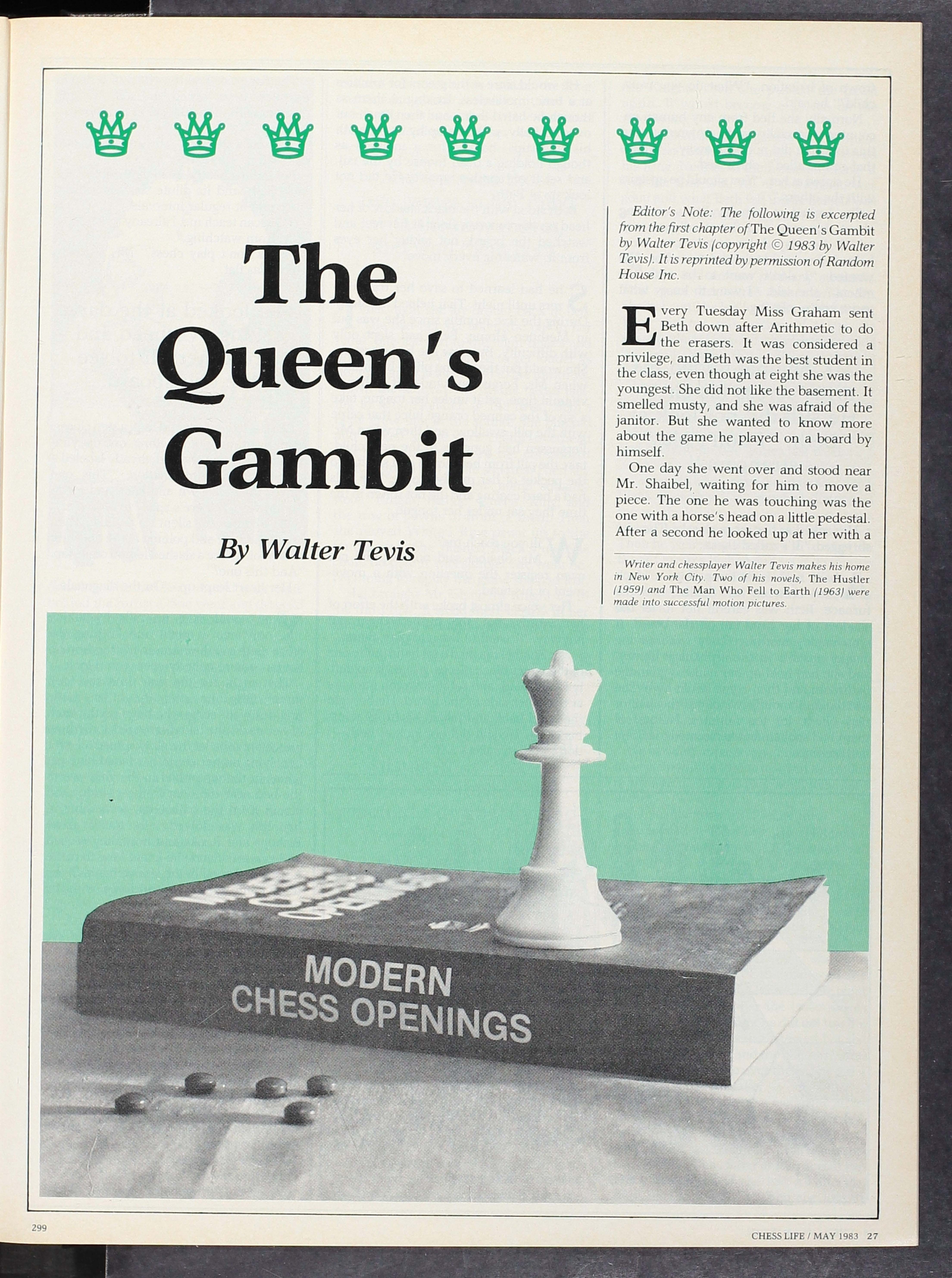 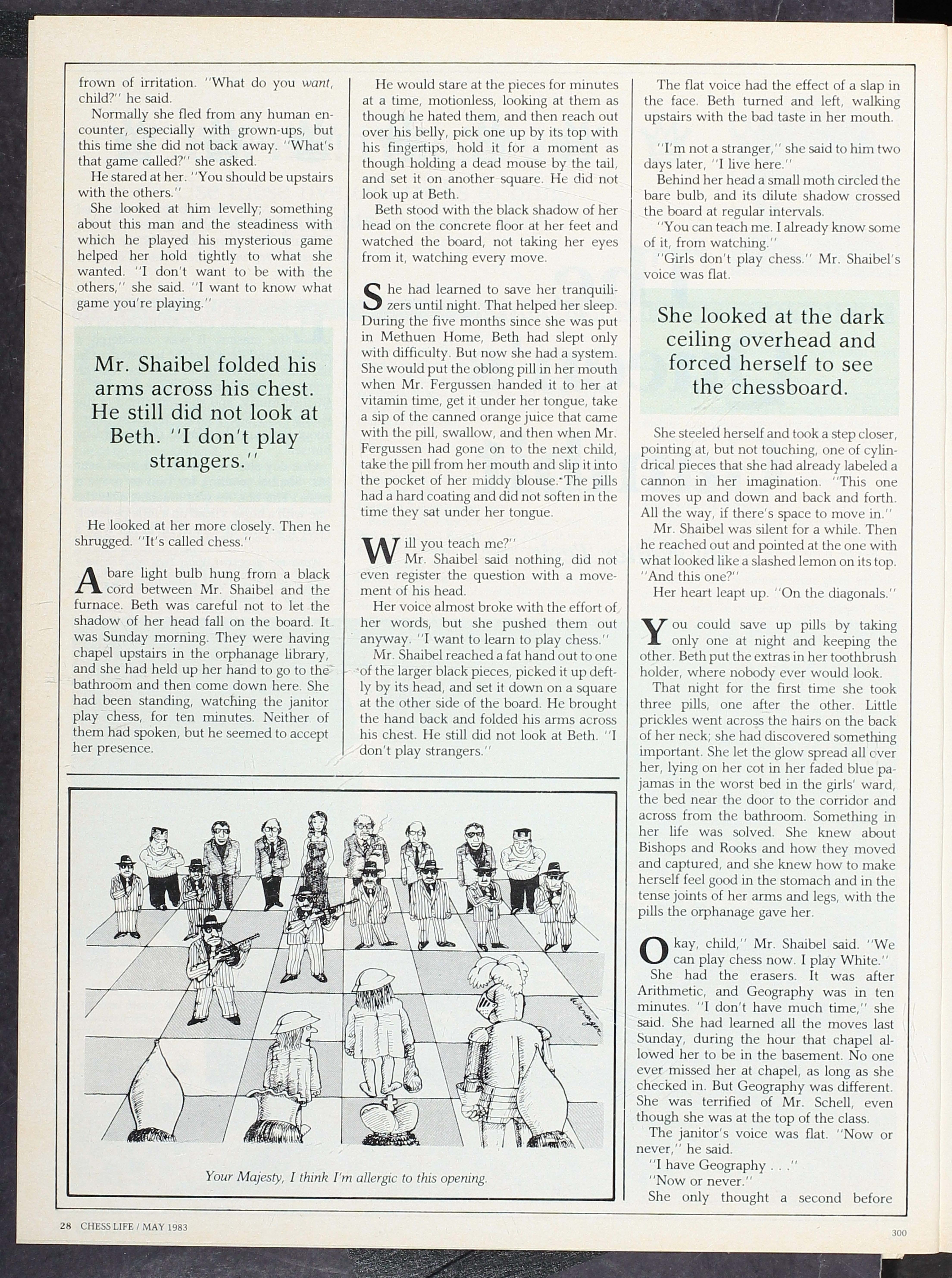 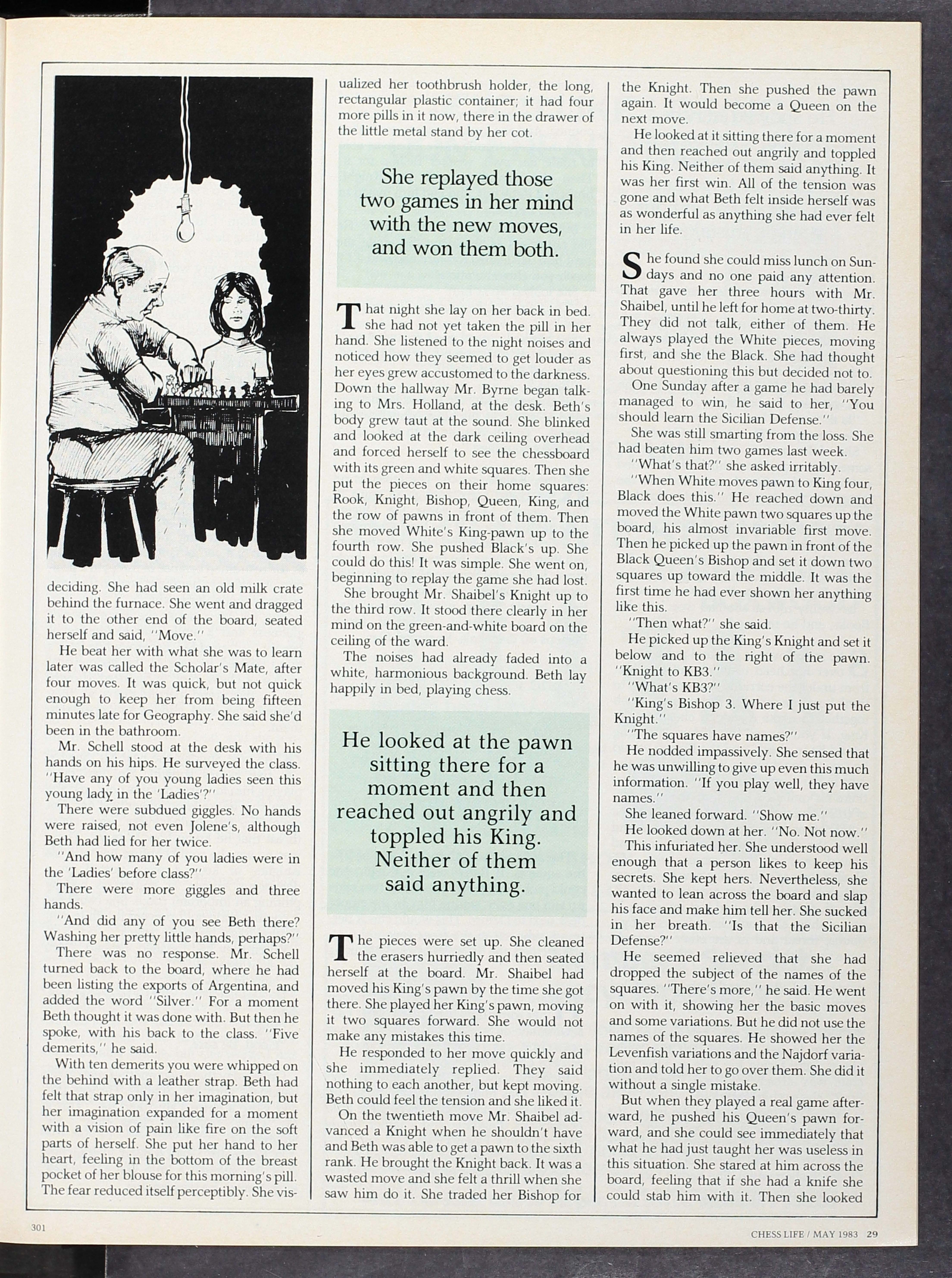 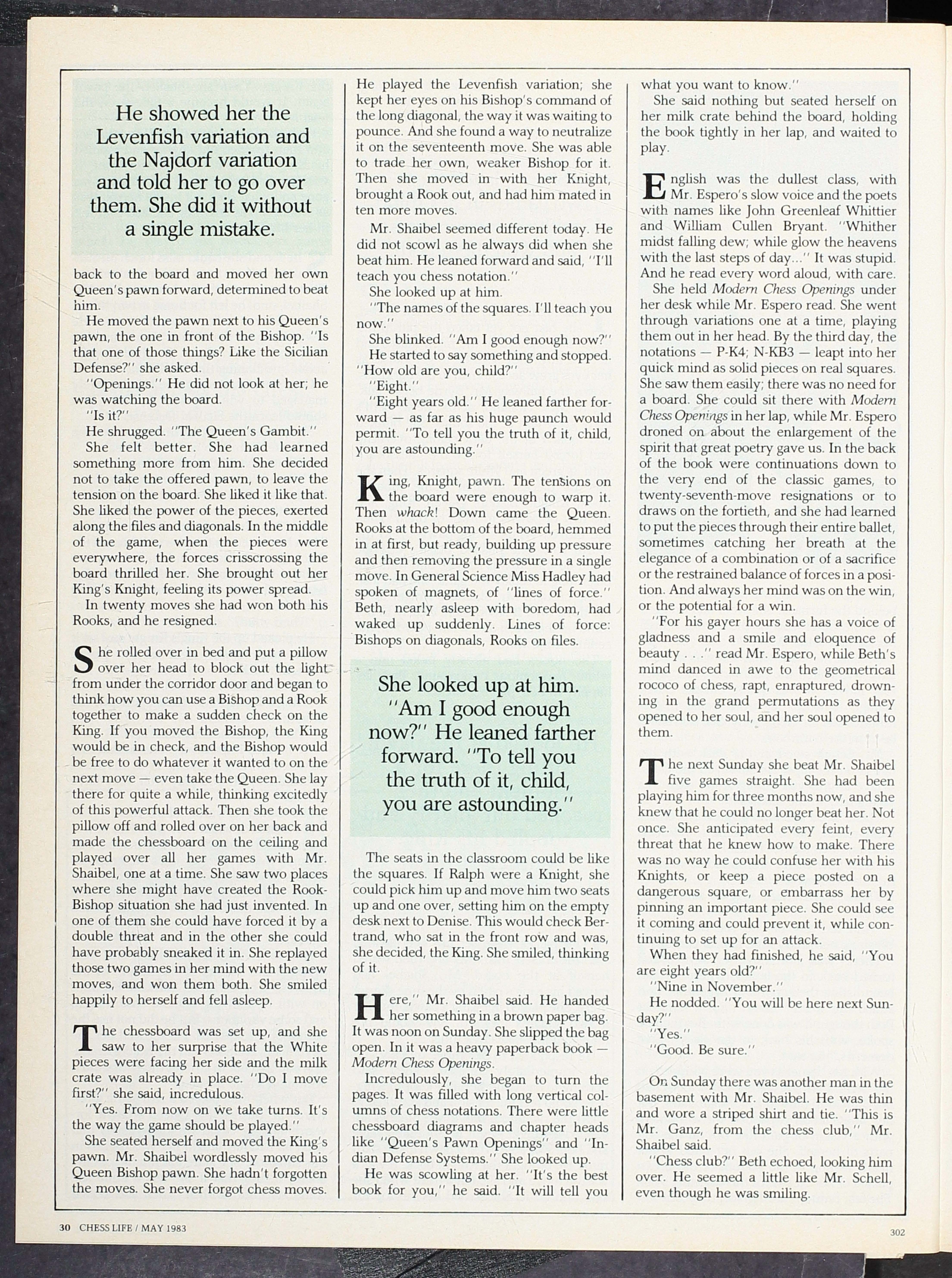 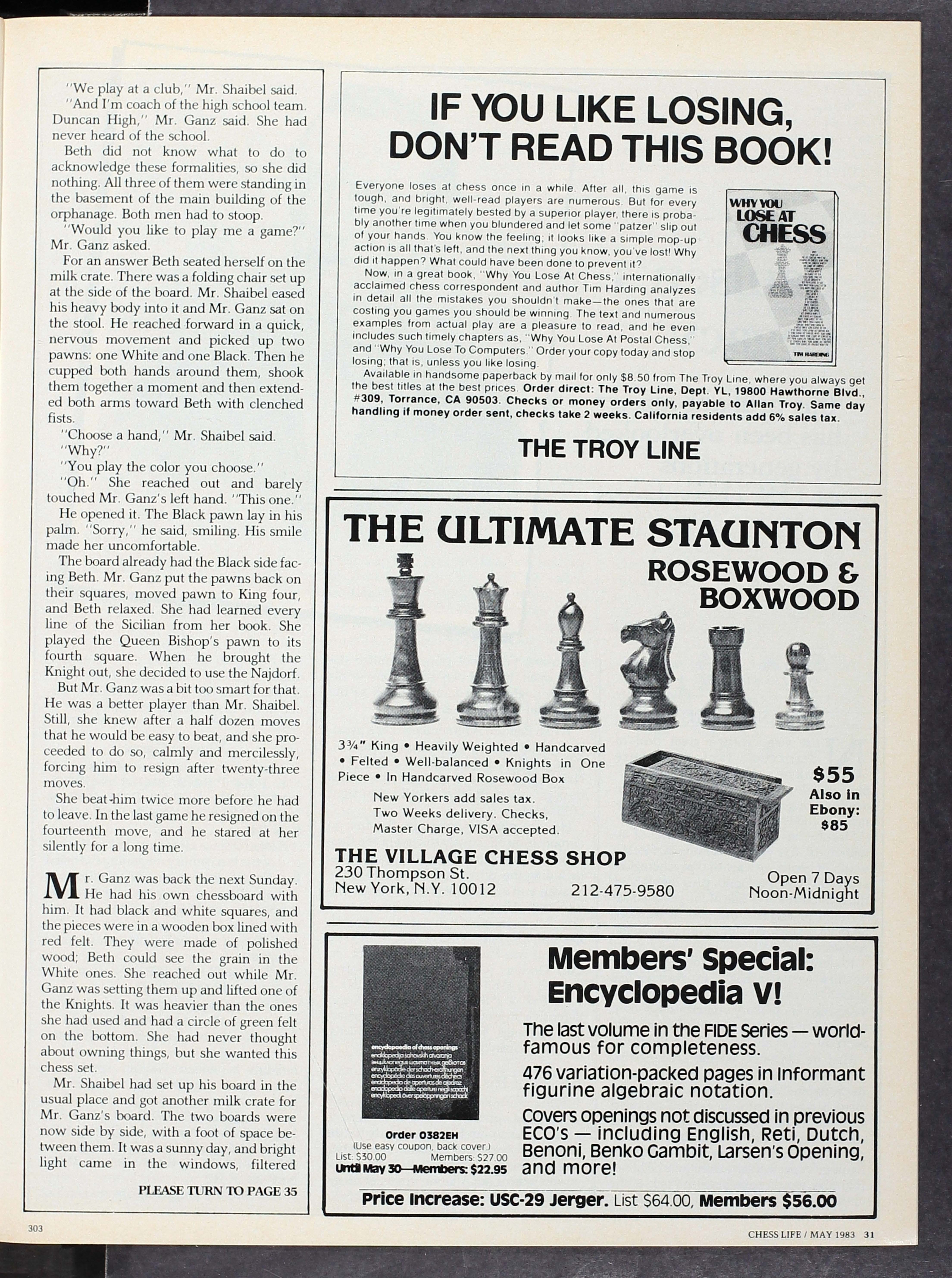 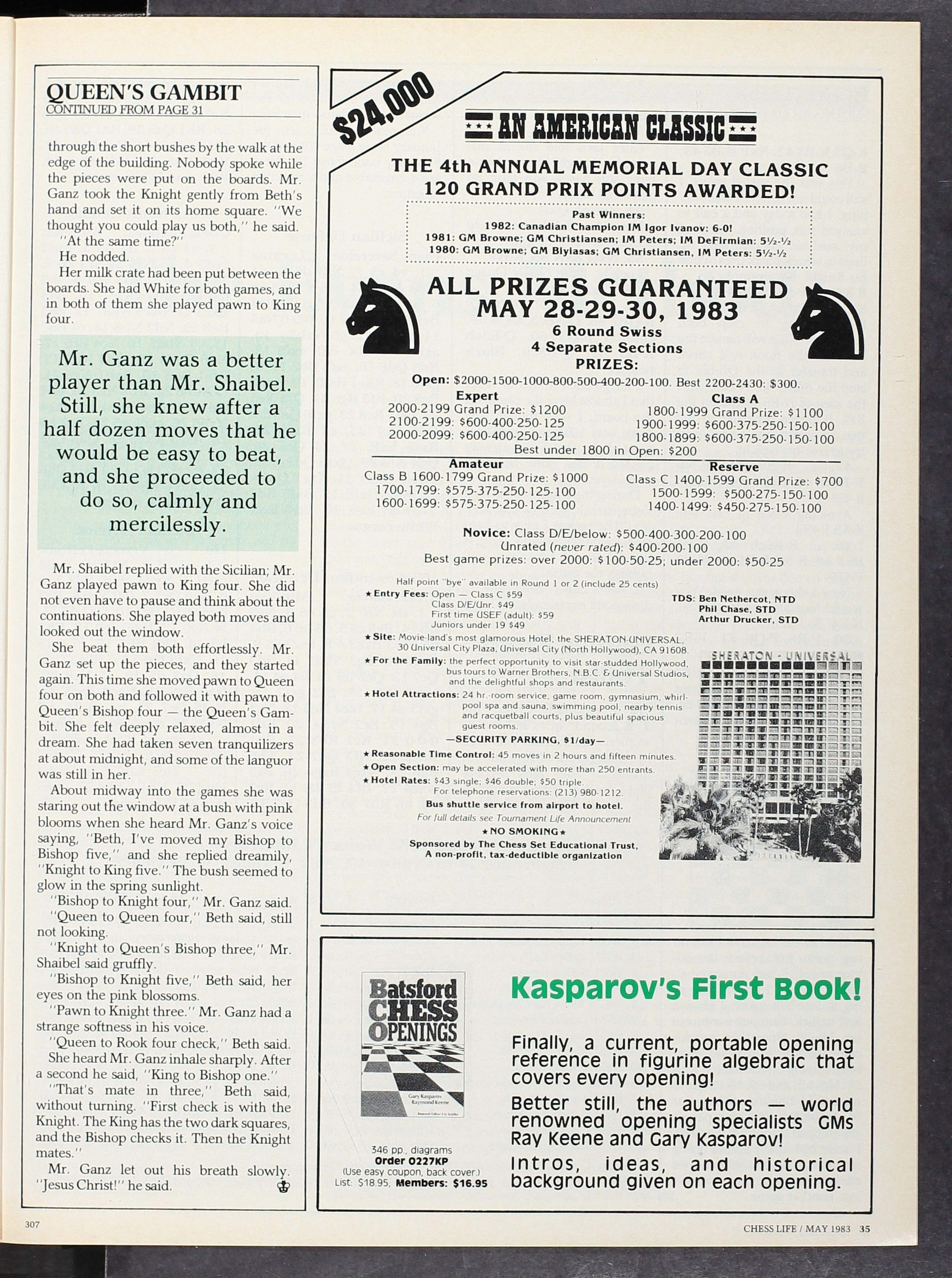 Tevis' book was excerpted in our May 1983 issue, along with a review by Gerry Dullea and a profile of Tevis by Marcy Soltis. The full issue is available as part of our Chess Life digital archive, a complete record of both Chess Life and Chess Review back issues from 1933 through 2019. (Current issues are added to the archive a year after their publication.) The archive is free to view for anyone, and is another example of how US Chess is working to "empower people through chess one move at a time" by "enrich[ing] the lives of all personals and communities through increasing the play, study, and appreciation of the game of chess."