The Storm before the Calm: Round 5 at the Juniors and Senior

If you expected Monday's fifth round to be fighting, thanks to the promise of a rest day on Tuesday, you would have been right. The players in the 2022 U.S. Junior, Girls' Junior, and Senior Championships have all shown great competitive spirit thus far, and Monday's games were no different.

Heading into round five, GM Larry Christiansen led the field with three points. Trailing him by a half-point was GM Dmitry Gurevich. Five players had two points, and three were at one and a half points. The main question of the day for the Seniors: could Christiansen stay in sole first? Paired against GM Joel Benjamin in round five, many observers felt that the game would end in a peaceful draw. But Joel needed a win to get back in the running. 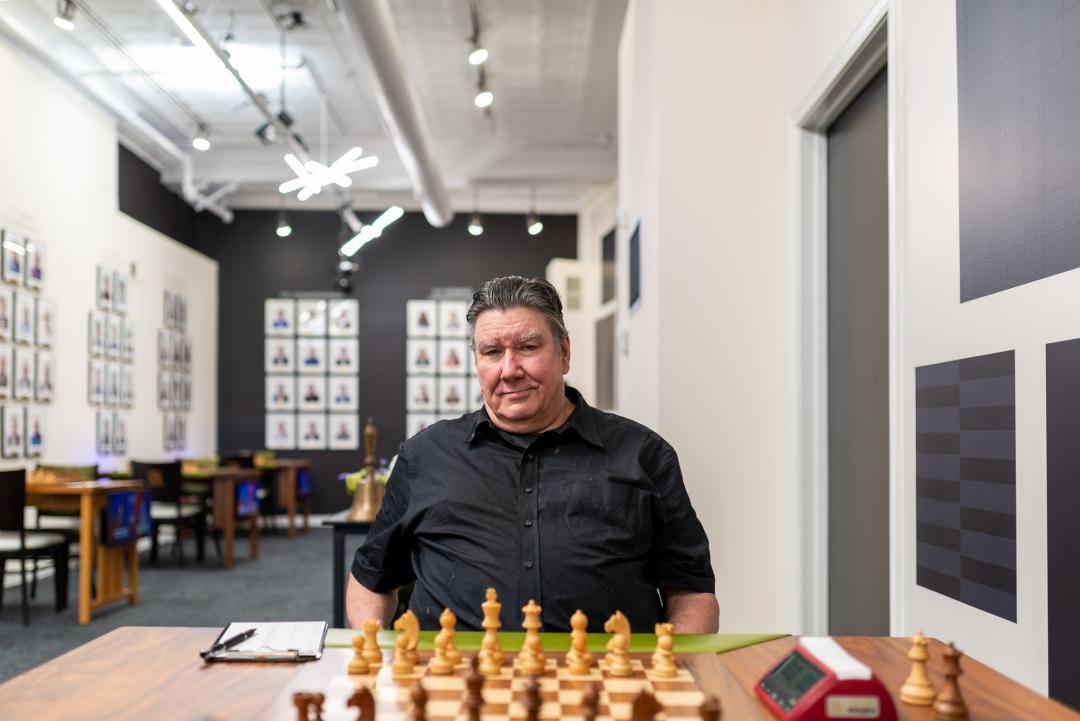 (Note: since Mark and I are old fogies, we concentrated on the Senior games, but there is plenty of exciting chess being played in all the sections. We’ll mention the best games of the day in the Junior and Girls’ Junior below.)

The other decisive result in round 5 five was GM Max Dlugy’s win over GM Nick de Firmian. Max used my beloved London System just the way I (Jim ~ed.) play it, so I obviously approve of his opening choice! He pressed on in what looked like a fairly even game, but White had all the winning chances though, and Nick finally slipped up. 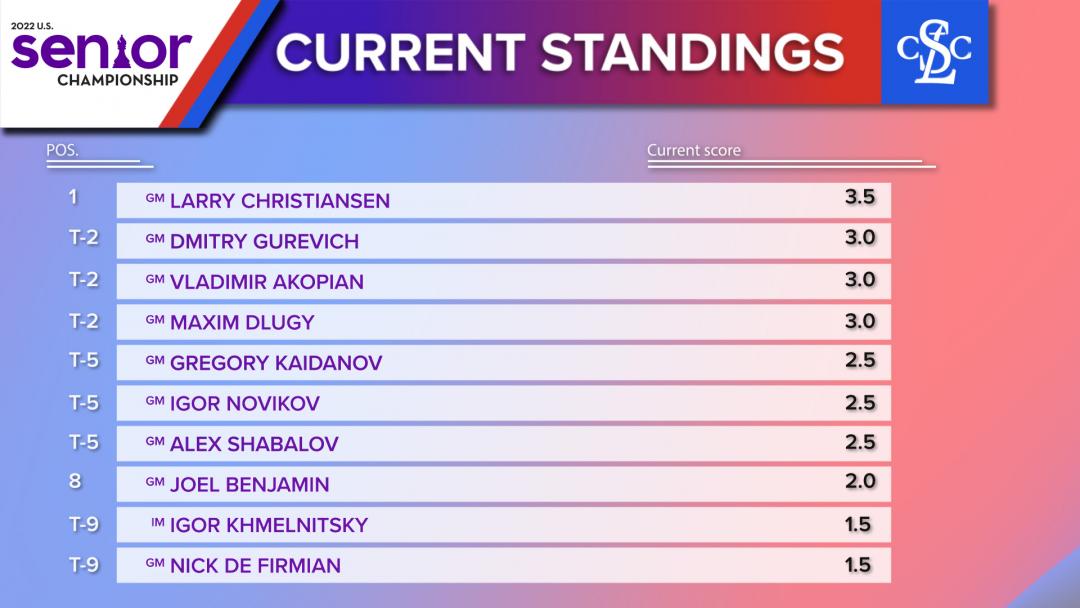 Some separation has happened as we move into the second half of the tournament, but it is still very uncertain who the eventual winner will be. Christiansen leads with 3½/5, with three players at three points, and three more at two and a half. 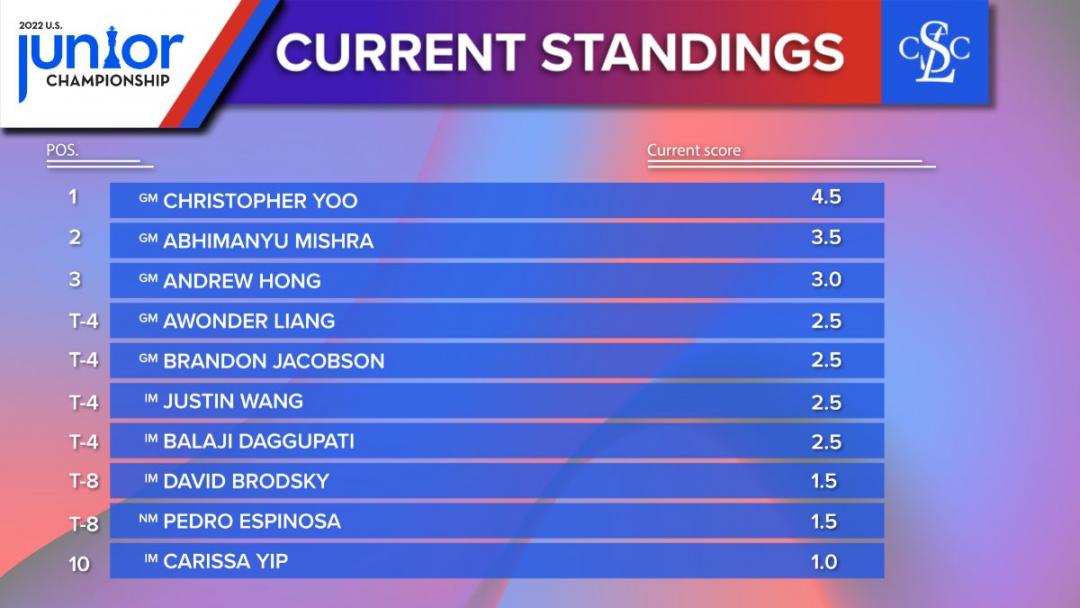 GM Christopher Yoo has shot out of the blocks with 4½/5. On Monday he continued his winning ways, defeating IM Balaji Daggupati after a very creative opening.

In second place is GM Abhimanyu Mishra with three and a half points. Yoo and Mishra are the only undefeated players with five rounds in the books. 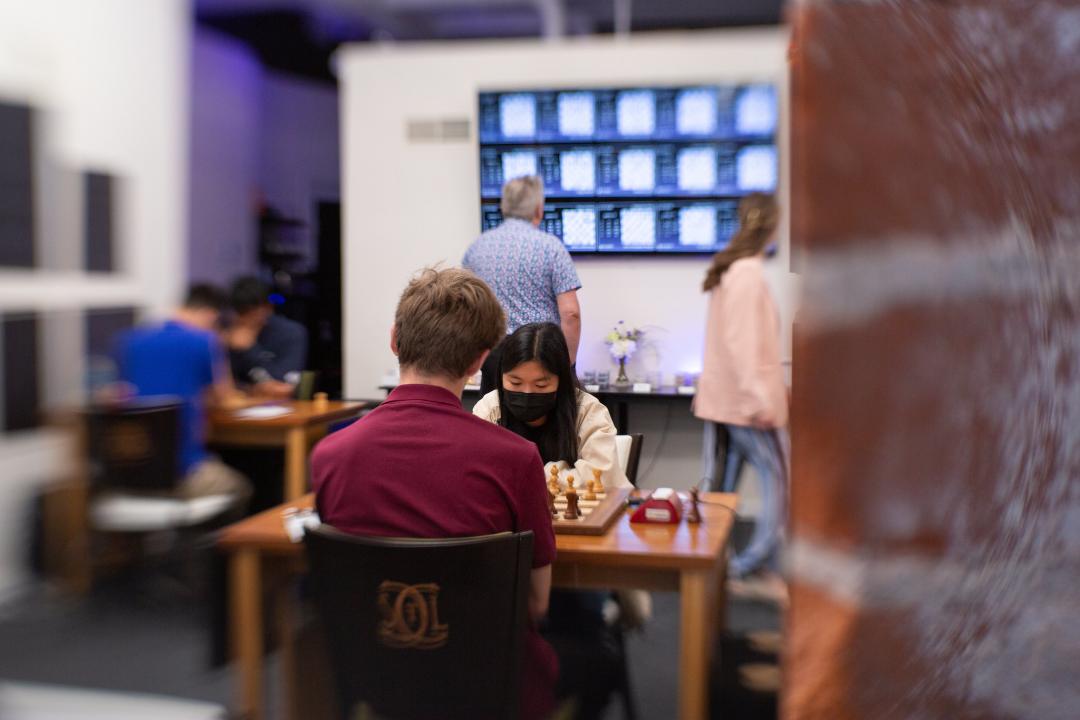 There are five GMs, and four IMs in the field.  This is quite a bit different than it was in my day!  All of these players may be young, but they are far more experienced than we were at similar ages. And even the non-titled players can play! Check out this nervy win by Pedro Espinosa over IM Carissa Yip, annotated by CLO editor John Hartmann.

It is wonderful to see such strong, young players in action.  This bodes well for the future of chess in the U.S.

There was a considerable amount of bloodshed in round five.  Every game was decisive!  If you are looking for a peaceful draw, this is not the tournament for you! 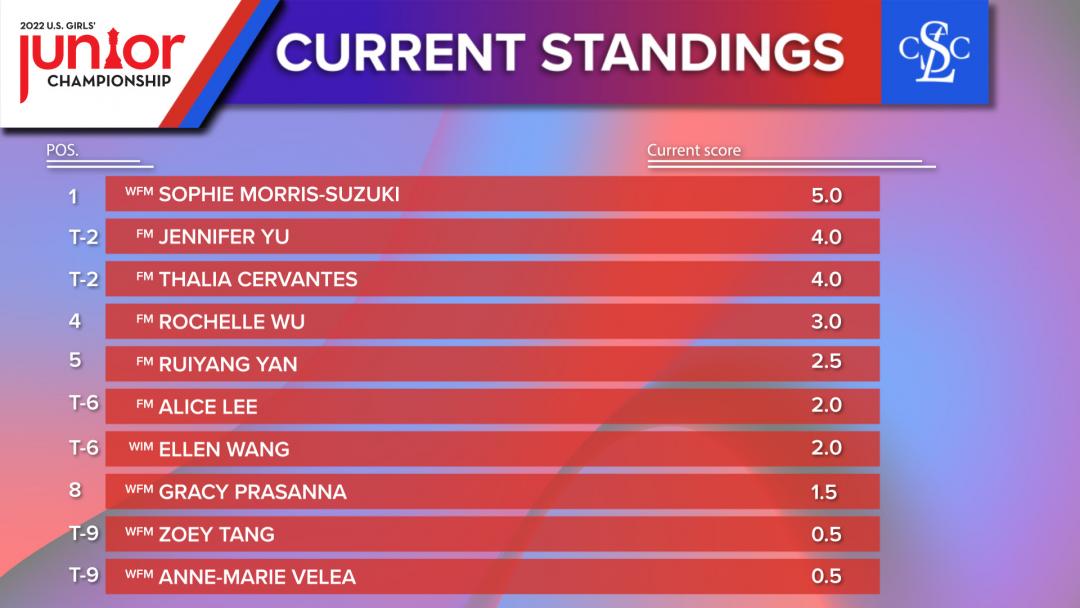 Leading the way is the unbeaten and untied WFM Sophie Morris-Suzuki.  It is hard to get off to a better start than by winning all of your games. Here’s Sophie's fifth round win over WIM Ellen Wang.

Trailing by a point, which would often be good enough for first, are FM Jennifer Yu and FM Thalia Cervantes Landeiro.  One more point back is FM Rochelle Wu.  Tune in to watch the rest of the tournament if you enjoy fascinating, fighting chess!