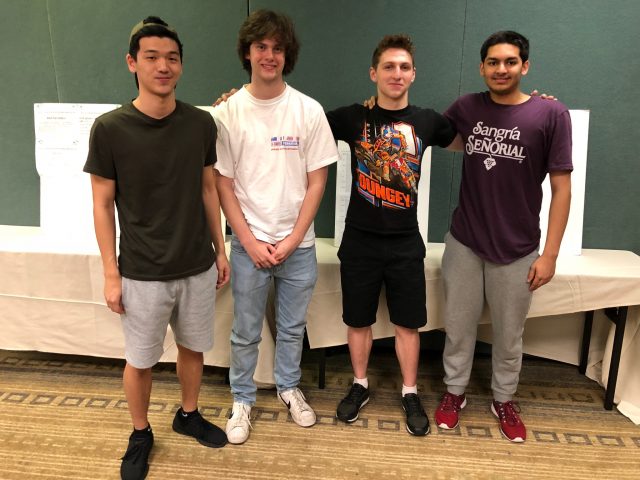 This year when US Chess contacted me about writing an article for the Amateur Team South in Orlando, Florida my exact reply was “(I) will be happy to cover the event.” That was it. In my head I was actually thinking “WTF angle am I going to go with this year?!” I quickly ruled out relying too much on my own personal experience, mainly because I had already done it before and my own team was likely not to be in contention with me on board 1. So armed with whatever time I had during my opponent’s moves I walked around and paid close attention to the top few matches every round. I was on the hunt for games and moves that made me wish I was playing them. 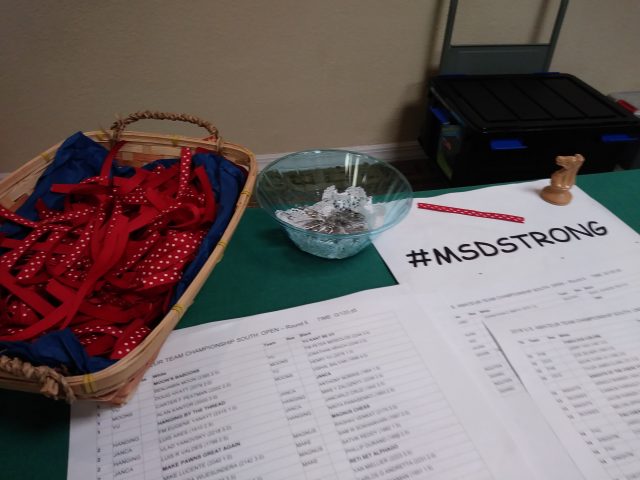 Pins given out and worn in memory of the students of Majorey Stoneman Douglas High School in Parkland, FL.
SHARE: