Rachel Lieberman Has Died at 77 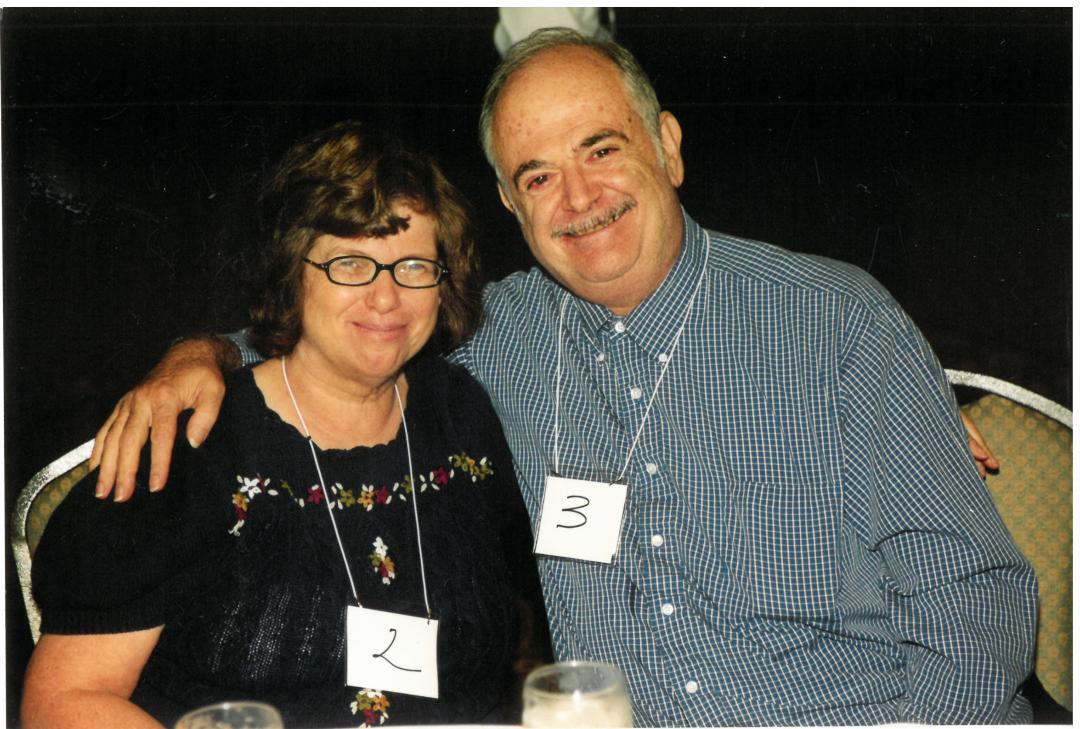 Rachel Lieberman with her husband Myron at the 2003 U.S. Open. US Chess archival photo

There is a funeral service in Tempe, Arizona scheduled for April 20.

Rachel Lieberman died on March 27 at the age of 77. Rachel was a former US Chess Policy Board member (now called the Executive Board), serving as Secretary from 1993-1998. She was also active in the Arizona Chess Federation.

US Chess Executive Director Carol Meyer says, "Rachel was among the kindest people within US Chess. She spent years as a dedicated chess volunteer, attending Delegates meetings and serving on committees. Her decades of service will be missed, as will her cheerful presence. My condolences to her family."

Her husband Myron had just died on December 24, 2021. While they were individuals who each made their own marks in the US Chess community, it is also impossible not to think of them together whenever one is mentioned. Here are some snippets from Myron's obituary just linked:

"Anyone who has attended a U.S. Open since 1974 has seen a couple—always together—walking from meeting to meeting in matching tee shirts that often sported the logos of past Opens. Gradually over the years, quick, sure strides between workshops became more cautious, and eventually a walker appeared in front of Myron. But neither their judgment nor their dedication to US Chess ever lost a step."

"“Between the two of us, we’ve given over 100 years to chess,” Myron said in an interview in 2015. They donated both hard work and funding. Music was another passion, particularly the Arizona Music Hall of Fame, which they likewise supported. It’s impossible to write about Myron, even on his passing, without including Rachel. And Myron would want it that way."

This is Rachel's candidate's statement that was published in the July 1993 Chess Life when she ran for the Policy Board:

"What qualifies me for USCF Secretary? My two decades of experience in national and state chess organization. My supervisory experience and six years as director of marketing for a small business. My experience as Secretary of chess and computer clubs. My independence from political debt.

"What are my priorities? Chess is a GREAT product. We need to promote it! We need to work with each other, not at each other. We need expanded chess awareness in schools. We need to constantly improve members services to maintain member interest and attract new members. We need to make as much information as possible available to as many people as possible."

In the July 1996 issue, she then wrote when she ran again:

"The most important thing that a Secretary can do is to communicate. Communication is more than simply attending meetings and writing minutes. It is reaching out to people. My number-one priority as your Secretary is to reach out and be accessible to each of you. I am eager to communicate with members. I am also eager to communicate with those who have never heard of USCF and make them aware of us: schools, institutions, agencies, and organizations.It has been a real honor and a real privilege to be your Secretary. I look forward to serving you for three more years."

Al Lawrence was Executive Director of US Chess when Rachel served on the Policy Board. He is now the Managing Director of the US Chess Trust. Al writes:

"My kind of heroes are in it for the long haul. Rachel Lieberman was a true chess hero. With her lifelong partner Myron, she served on countless US Chess committees and was a regular at every annual Delegates meeting in my memory. Ever-positive and always willing to commit to the real work, she was elected Secretary of US Chess, serving on what was then called our Policy Board, during my last years as Executive Director in the mid-1990s. She put her heart into the job.

"Later, she and Myron were among the first to become members and supporters of the first World Chess Hall of Fame in Miami when I was Executive Director there. Myron served as Secretary of the US Chess Trust until his death in December 2021. You can bet they acted as a team. It was my honor to work with them for so many years. Their thoughts and efforts were always for others. Throughout their lives, both were motivated by the mental and emotional rewards chess brought to children. Rachel leaves an aching emptiness in our hearts. But her memory and her example will continue to inspire us. Rest in peace, Rachel Lieberman."

Jennifer Pearson is our Governance Coordinator. She writes:

"Rachel and Myron Lieberman were critical in providing continuity in our governance records by keeping an annual record of all motions by the Executive Board for decades. They set a very high standard and were paragons of consistency and reliability. Their generosity of spirit and sense of mission will be missed."

Our immediate Past President of US Chess, Allen Priest, writes:

"Rachel was always most gracious and kind.  she brought a voice of civility to discussions when it was badly needed. I will miss her."

I hate to hear this. Rachel…

I hate to hear this. Rachel was an awesome person. Together with her husband, Myron, they were such an enjoyable couple in the chess world. They will definitely be missed. Rest in peace, Rachel, and condolences to the family.

Rachel and Myron planted so…

Rachel and Myron planted so many positive seeds of kindness and good will that the full value of their contributions can never be fully appreciated. Many active volunteers in chess are working today because of their encouragement and help.

As is well-known, Myron was…

As is well-known, Myron was a hard-driving man. Once I asked Rachel why she married him. "When Myron says he's going to do something, he does it. Not many people do." Rest, Rachel, Rest.

I really hate to hear about…

I really hate to hear about this marvelous couple being no longer with us. I really appreciated them !
They are without a doubt in a better place .
Adonia ElOhim, be with you both.