Prateek Pinisetti on ChessHelps: The Three Stages of an Event 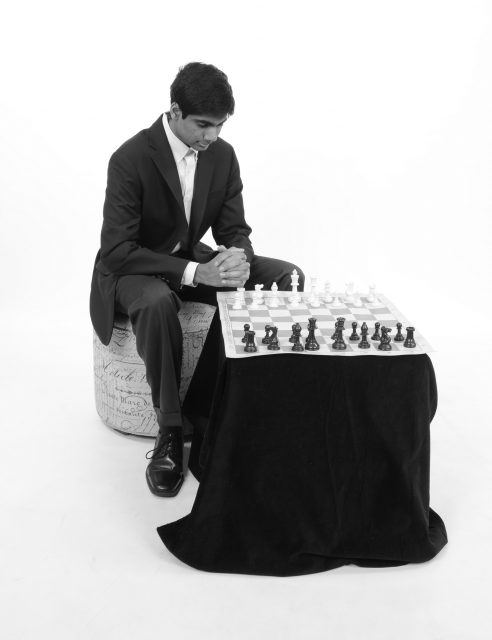 Prateek Pinisetti, a recipient of the 2017 Scholar-Chess Player Awards was also featured in our Chess: A Game for Life promo series. Prateek is also on the board of director of Legends Chess, a non-profit helping promote chess in Title 1 Schools in Phoenix. Prateek runs tournaments that help benefit Legends Chess through his organization, "ChessHelps." In his own words and with photos, Prateek breaks down his latest event, held on September 9th.  I have been playing chess since I was in 3rd grade and I wanted to use my skills as a chess player and expand it to help my school and community, so when I was in 8th grade, I decided to start ChessHelps. Running a chess tournament is very much like a chess game. No two are exactly the same, but you gain experience and draw upon that just like in a chess game. Even though there will always be some surprises you can deal with them better if you have good preparation. Opening: This is usually the easiest part of the process: you coordinate with different chess clubs, school officials, find a venue, and come up with a date. Line up your tournament directors and set up the event sign-up mechanism, usually a website, and have a flyer ready. Middlegame: Just like in chess, this is the hardest part. You have to improvise, calculate and adapt to changing situations. Promoting the event is a key element of this process and can take up a lot of time and effort. You should also make sure you have enough boards, tables and chairs, order trophies and awards, etc. Endgame: The tournament day dawns, the playing hall is set up, signs are posted and now is the time to finish the game. I am lucky to have excellent tournament directors who make it seem like a breeze. I usually end up playing in this tournament (the OPEN section is usually one of the best with lots of strong players and that is something I cannot pass up!). And before you know it, all the rounds are done, awards distributed and results uploaded to the US Chess rating portal. 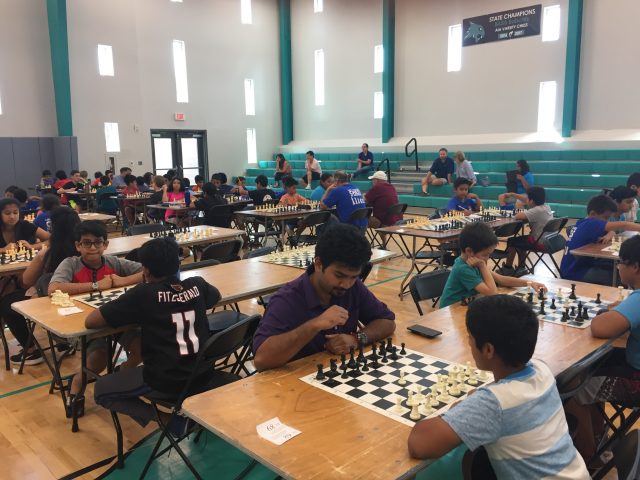 This year we had a record number of players with 183 including the unrated section. The tournament was conducted on 9th September, and we recognized FM Robby Adamson for his many contributions to the Arizona chess community. The Vice-Mayor of City of Chandler, Kevin Hartke, along with Mrs. Terrell, Basis Chandler Principal, were present to kick-off the event. Like in years past, Martha Underwood, Michelle Martinez and Jon Coulter helped direct the tournament. 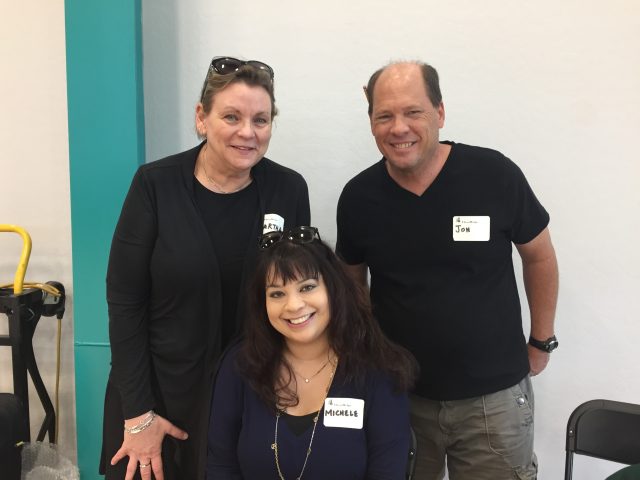 Martha Underwood, Michelle Martinez and Jon Coulter
Each one of the ChessHelps cross tables on the US Chess website has a unique story behind it, and even though the individual chess games have wins, losses and draws, ChessHelps is all about community winners. One of the most impressive results was turned in by  Sandeep Sethuraman, who had an awesome tournament, gaining over 100 rating points!
SHARE: