One Move at a Time November Edition: Brian Karen

Welcome to the November 2021 edition of “One Move at a Time,” the US Chess podcast in which Dan Lucas, the Senior Director of Strategic Communication, talks to people who are advancing the US Chess mission statement to “Empower people, enrich lives, and enhance communities through chess.” 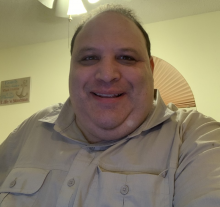 Our guest today is Brian Karen. Originally from Merrick, Long Island, Brian discovered chess around the age of 16 in the mid-80s. While in high school, he worked at the computer chess store, Your Move. After college graduation, he worked with emotionally disturbed children for 5 years at a group home/assessment center, but around 1997 he started teaching chess, which he has done ever since, often 7 days a week. He considers himself more chess fan than player, and he is passionate about chess history. When he studies, it is more for entertainment then improvement. As a chess player, he has hovered at 2100 for a few decades and has the FIDE CM title. He can even claim to have played a very young Nakamura and Caruana, among other Nassau Chess Club regulars.

Brian’s chess life includes playing internet chess since the 1980s, being one of the first ICC admins circa 1993, broadcasting the first tournament on the internet, providing beginner commentary on the IBM site for the deep blue match, and broadcasting the 1995 Anand – Kasparov world championship match from a glass booth above the players in the World Trade Center.

I came to know Brian through Facebook, where he founded and administers the chess book collectors group , which has 43,000 members, and the fide world championship 2021 group, which boasts 56,000 members.  He is also a former US Chess volunteer on our scholastic council.

Terrific set of recollections over decades of involvement with computers and chess, as well as people stories that were amazing. Thanks for the interview of Brian Karen, Daniel. -Ramesh Abhiraman