If your March Madness bracket busted early last month, the Saint Louis Chess Club is giving you a second chance this April with their new event, the American Cup, running April 20-29.

The American Cup is structured in a unique double-elimination knockout format, which is sure to lend itself to exciting contests, upsets, and comebacks in a quest for $300,000 in prizes. The event will have two sections, seeded and paired by current ratings. Players will begin in the "Champion's Bracket" and upon taking a loss, will move to their group's "Elimination Bracket" where they will get a second change to go all the way.

Time controls will be in play, as those in the “Champion’s Bracket” will play G/90+30, while those who end up in the “Elimination Bracket" will be feeling the heat of a faster time control at G/25+10. Each round will consist of two games followed by playoffs, if necessary, played even faster at G/10+5. And, to really make it a do-or-die event, there will be no draw offers permitted.

The American Cup will feature some of the strongest competitors in the United States. The sections and first match pairings are: 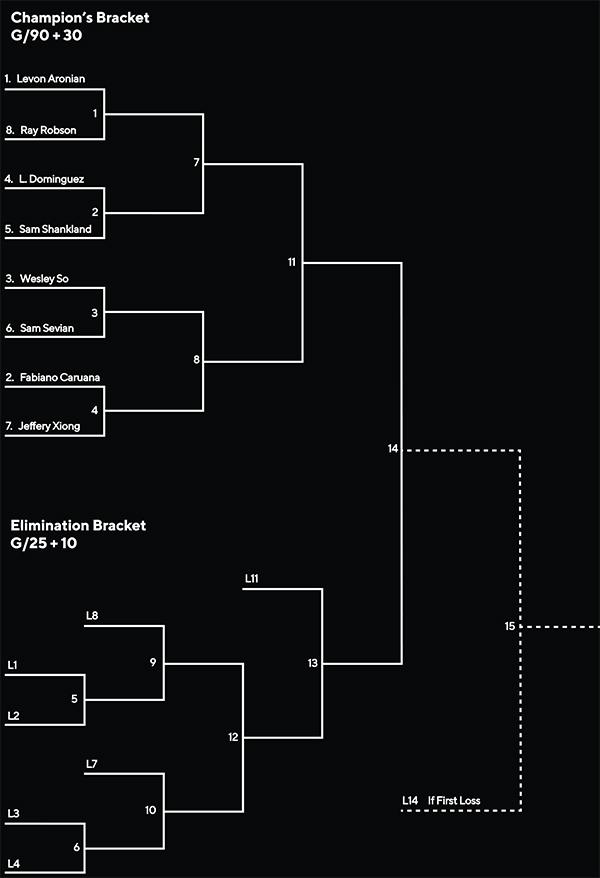 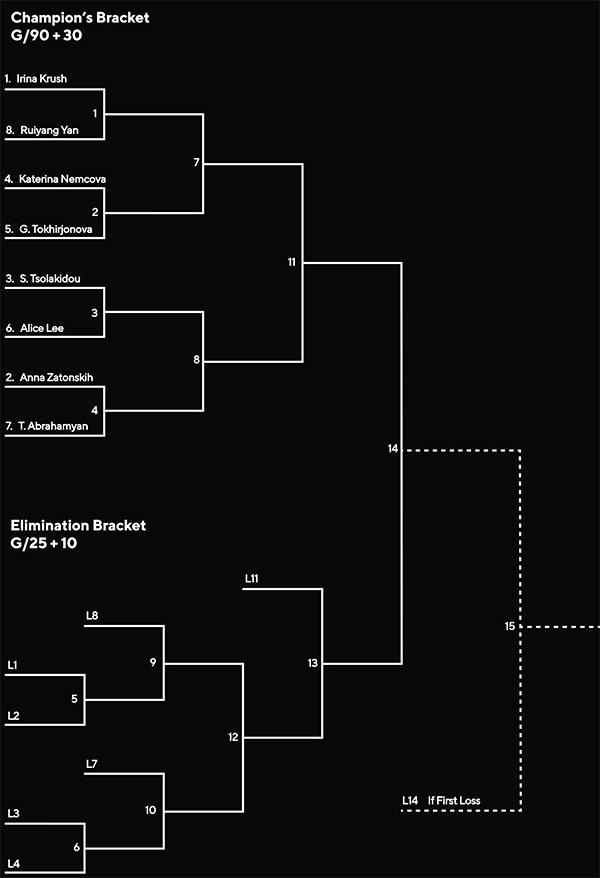 Competitors are already making their way to St. Louis for Monday's player meeting and along with headshots and interviews on Tuesday

We’ll be following and reporting on the results here at Chess Life Online. The games will be broadcast live on the St. Louis Chess Club YouTube channel, starting at 1 p.m. CT on Wednesday, April 20.