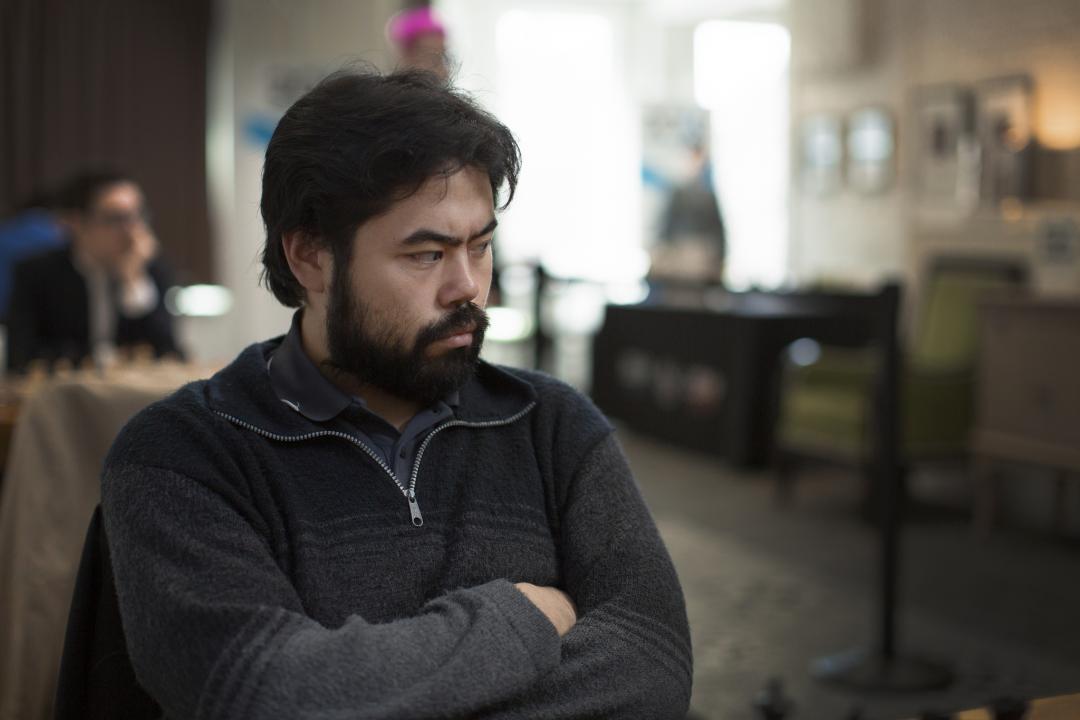 American GM Hikaru Nakamura has advanced to the semifinals of the New In Chess Classic, the fifth leg of the $1.5M Meltwater Champions Chess Tour hosted by the World Champion Magnus Carlsen and his Play Magnus Group.

Beginning Thursday, Nakamura will square off against Azerbaijani GM Shakhriyar Mamedyarov in a two-day semifinal match that plays as two sets of four games each, with a 10+15 rapid time control. Carlsen takes on GM Levon Aronian in the other semifinal, with the winners due to clash over the tournament’s top $30,000 prize in the bracket finals beginning Saturday. First moves on both days will be played at 1:00 p.m. eastern. 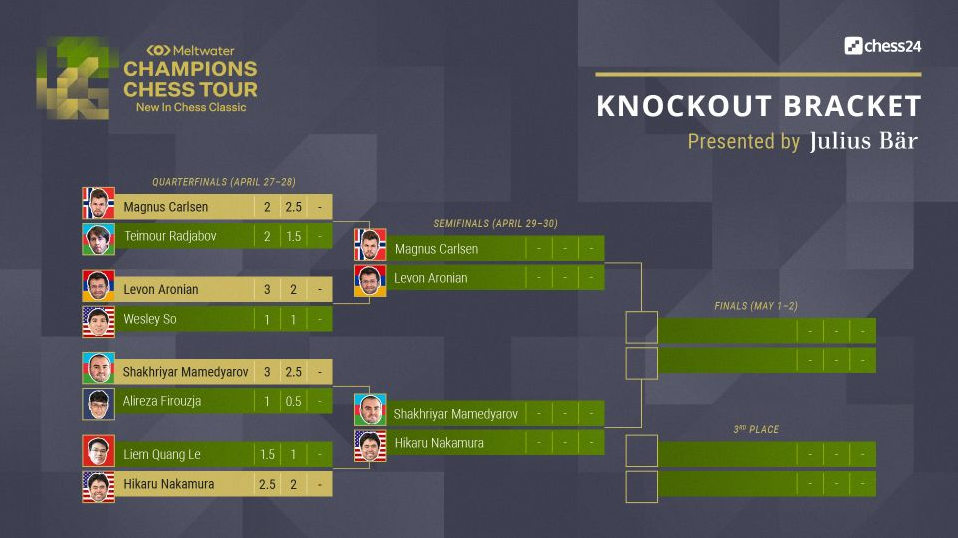 Image Caption
Knockout bracket for the New in Chess Classic, the fifth leg of the Meltwater Champions Chess Tour.

He has never, however, played in a Champions event finals. The New in Chess Classic is his second appearance reaching the semis, the last being November’s Skilling, where he lost to compatriot GM Wesley So. He has bowed out in the quarterfinals in each of the other events.

Nakamura has looked sharp this week, including the preliminary stage where the 16 GMs pair off through a round-robin of rapid games across the tournament’s first three days. The American played through the cycle undefeated to a plus-four, 9.5/15 score. The performance earned him the second seed in the 8-player knockout bracket that will finish the event, and Nakamura coasted through a quarterfinal against Vietnamese GM Le Quang Liem. The American won the quarterfinal’s first set of games 2.5-1.5 on Tuesday, then opened with this comeback win as Black in Wednesday’s second set to help close the match.

The New in Chess Classic also featured American GM Leinier Dominguez-Perez in his second Champions Tour appearance, though he narrowly missed the cut for the knockout bracket, scoring 8/15 through the preliminary stage and finishing in ninth place.

And the reigning US Chess Champion So, who like Nakamura has appeared in all five tour events, shook off a rough opening day in the New in Chess preliminary to make his way back into the knockout bracket. So looked out of form and lost twice en route to a 2/5 score in that opening day, but rebalanced over the next two, tallying six wins and finishing with 9/15 as the fourth seed.

So has advanced to the knockout bracket in all five tour events and won two of them, both the Skilling in November and the Opera Euro Rapid in February, defeating the World Champion Carlsen in both finals. He was provided an early exit this week in the New in Chess, however, kicking off his quarterfinal match against Aronian with a loss-by-mouse-slip and losing both sets, including this loss on Wednesday that closed the match.

Entering the New in Chess, So was leading the Champions Tour in both prize money ($85,000) as well as overall tour points (140), which accumulate toward qualification to a $300,000 tour finale event scheduled for September this year. Nakamura is eighth with 40 points and $30,000. 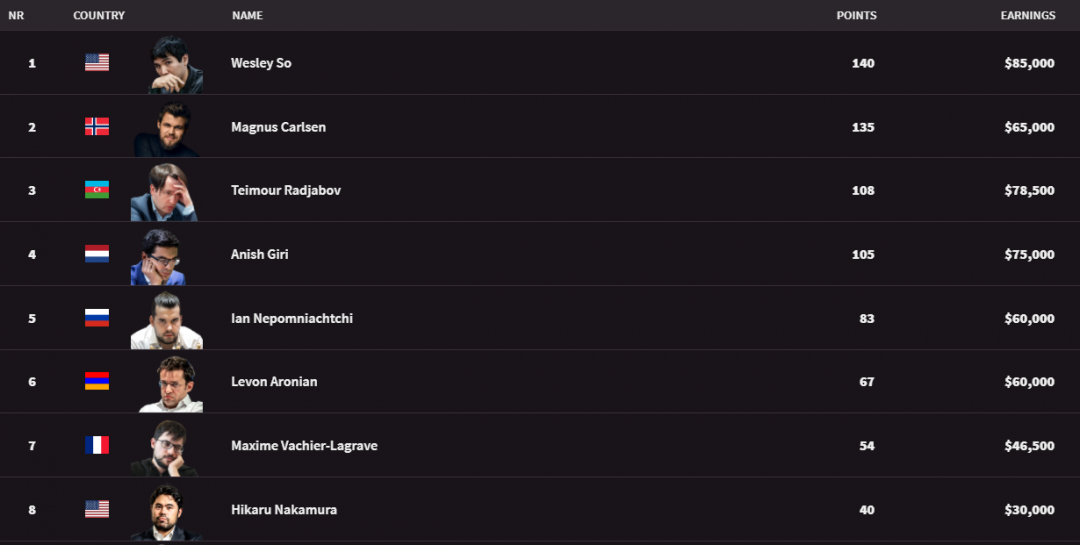 All New in Chess Classic information, including live play with commentary beginning each day at 1:00 p.m. eastern, may be viewed at the official Champions Chess Tour website.