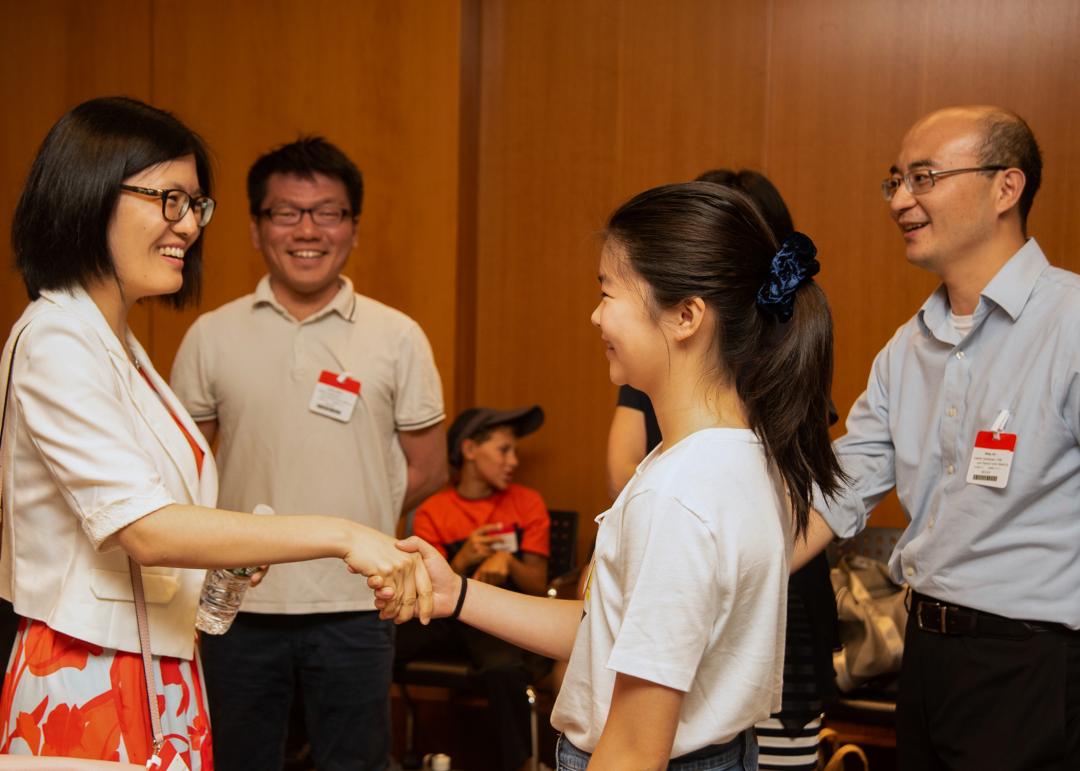 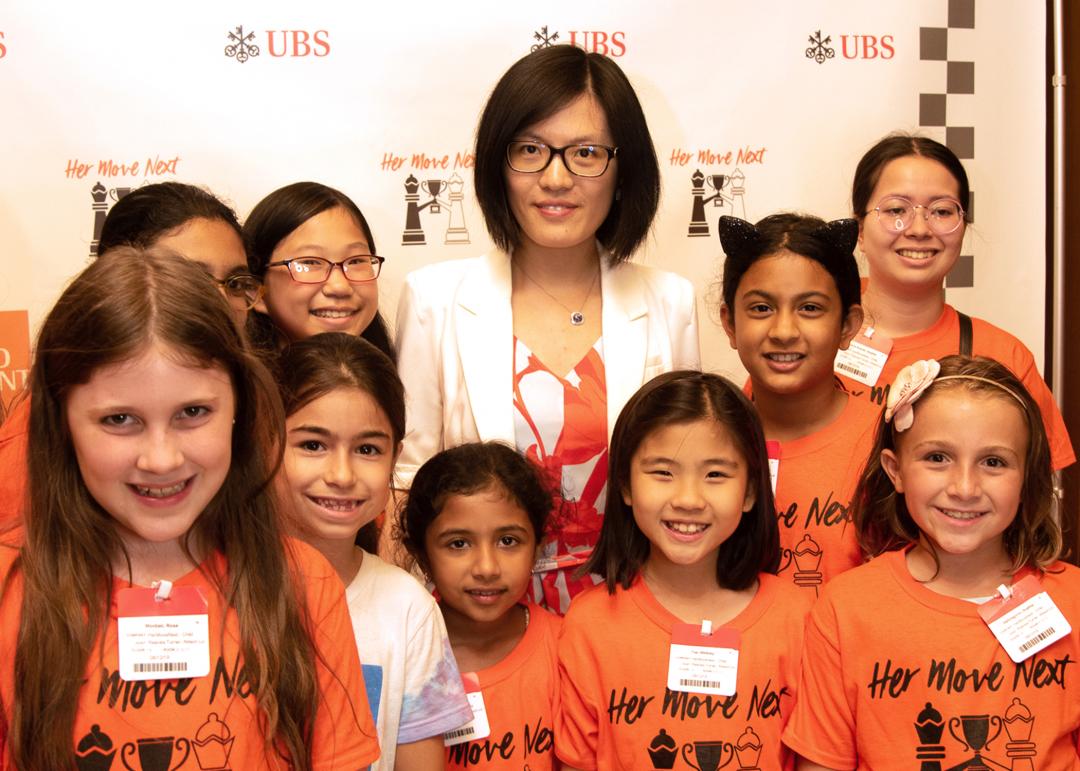 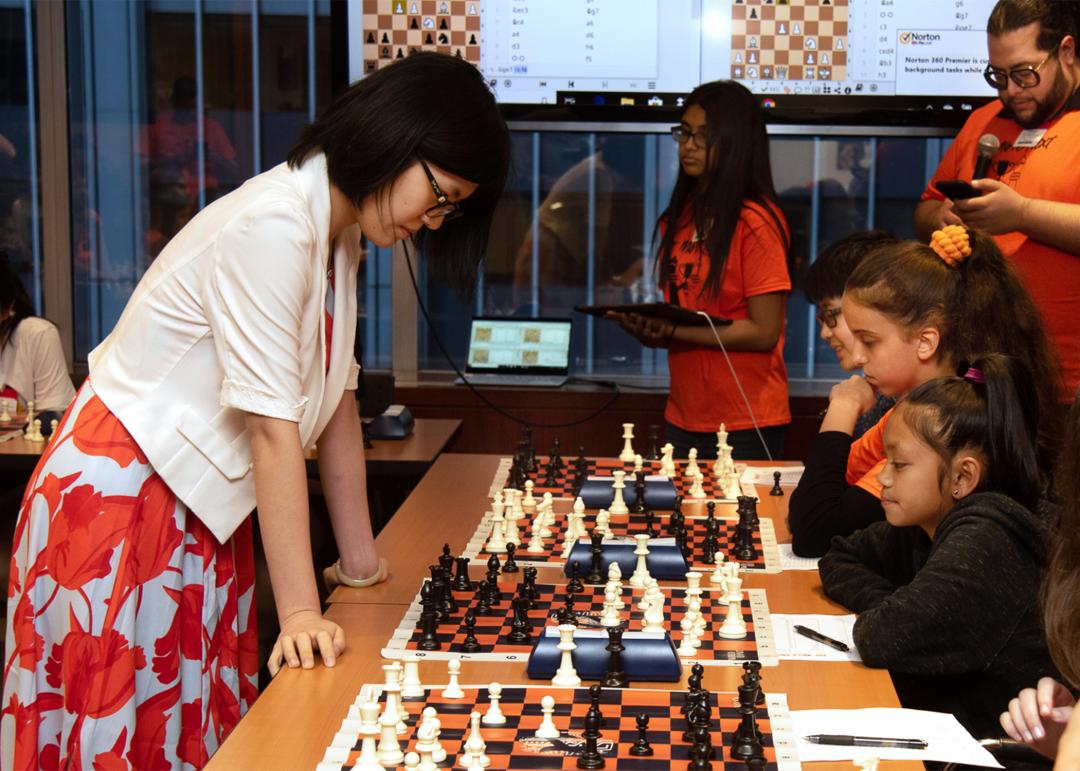 - Emma Adams, age 12, simul participant in “Chess and Conversation with Yifan Hou” On August 12, 2019, players, parents, and spectators gathered on the 14th floor of the UBS office in Manhattan to watch four-time Women’s World Chess Champion, Grandmaster Yifan Hou play a sixteen board simul followed by a question and answer session. The evening event was celebrated as “Chess & Conversation with Yifan Hou,” sponsored by WorldQuant, hosted by UBS, and in affiliation with HerMoveNext. The players were excited to meet the world #1 women FIDE rated chess player, Yifan Hou, who made her way to each board to shake hands before the simul began. Within the first minute, each board had a different opening. Spectators were watching either the video screens showing the top four boards or the actual boards in front of them as Yifan quickly circled the simul tables. Yifan had agreed to play black on half the boards and white on the other half which was extremely challenging given the short time control. She did not have a second to waste with only 35 minutes on her clock and sixteen boards to play; the pressure was on. Most simuls do not use a clock especially with such a short time control. Yet, Yifan did not seem to be fazed; both the audience and the players were impressed by her speed. Every few seconds, Yifan evaluated another opponent’s position, played her next move, and sprinted to the following table. Despite her remarkable pace countering all sixteen opponents, within ten minutes into the simul Yifan was already down on time, by more than five minutes on many boards. 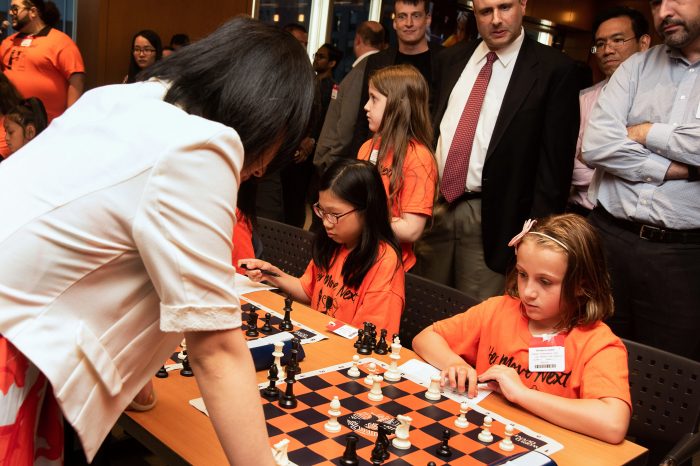 Hou Yifan in a crucial game against Sophia DeGregorio

Midway through the simul, both Yifan and her opponents slowed their game tempo. Most middlegames went tactical, and a single move by either side could completely alter the position. One game caught everybody’s eyes. Sophia DeGregorio, age 9, the youngest participant in the simul with a rating of 901, had forced Yifan into a very defensive posture. Sophia played the Grand Prix Attack, surrounding Yifan’s king with white pieces. Sophia’s aggressive attack made Yifan pause to think and it was only with great difficulty that Yifan defended against Sophia’s mating tactics.

After the game, Sophia said, “With the opening I play against the Sicilian there is a strong attack when black fianchettos their bishop which is what she played. It was really fun to play her and the fact that she was at my board the longest made me feel confident about the game.” Sophia fought until the end, but Yifan managed to defend her position and win the game with less than three minutes on the clock. There were other games that Yifan powered through to win in the final few seconds. Emma Adams put up a very strong fight, and almost made Yifan flag. With just 23 seconds left on the clock, Yifan checkmated Emma by promoting her passed pawn to a queen. Despite racing between boards, Yifan did not lose a single game to opponents ranging from 901 to 2129 US Chess, with the mean approaching 1600. She ended the simul recording 12 wins and four draws. 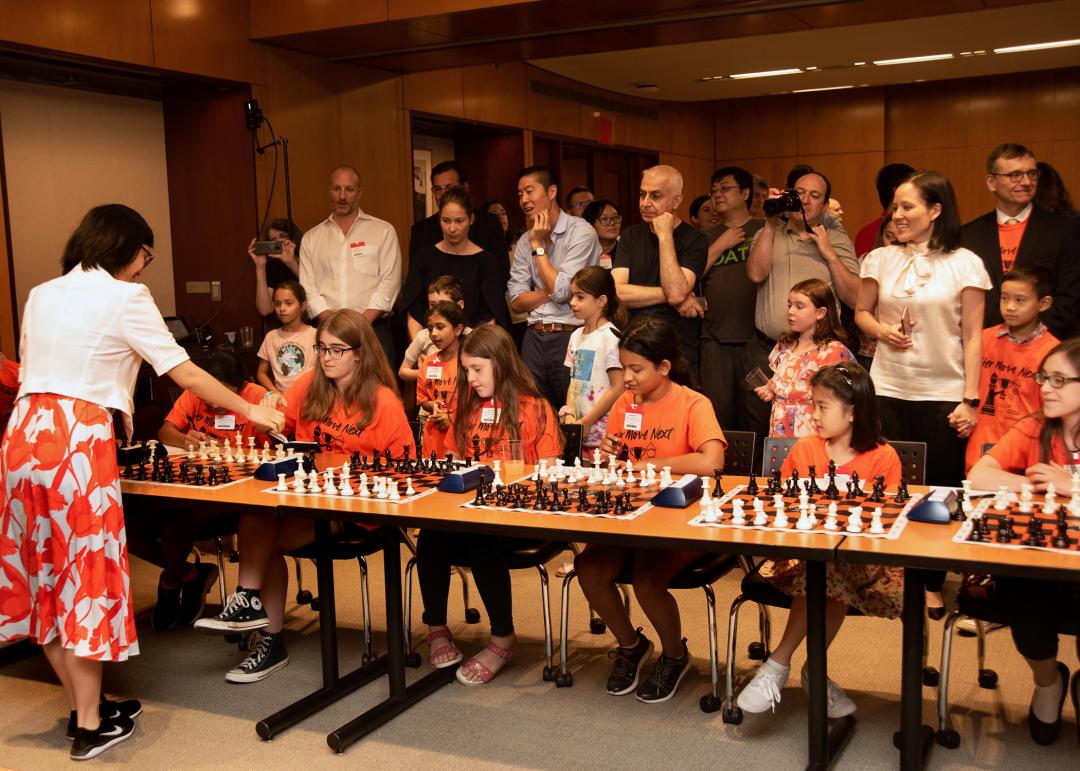 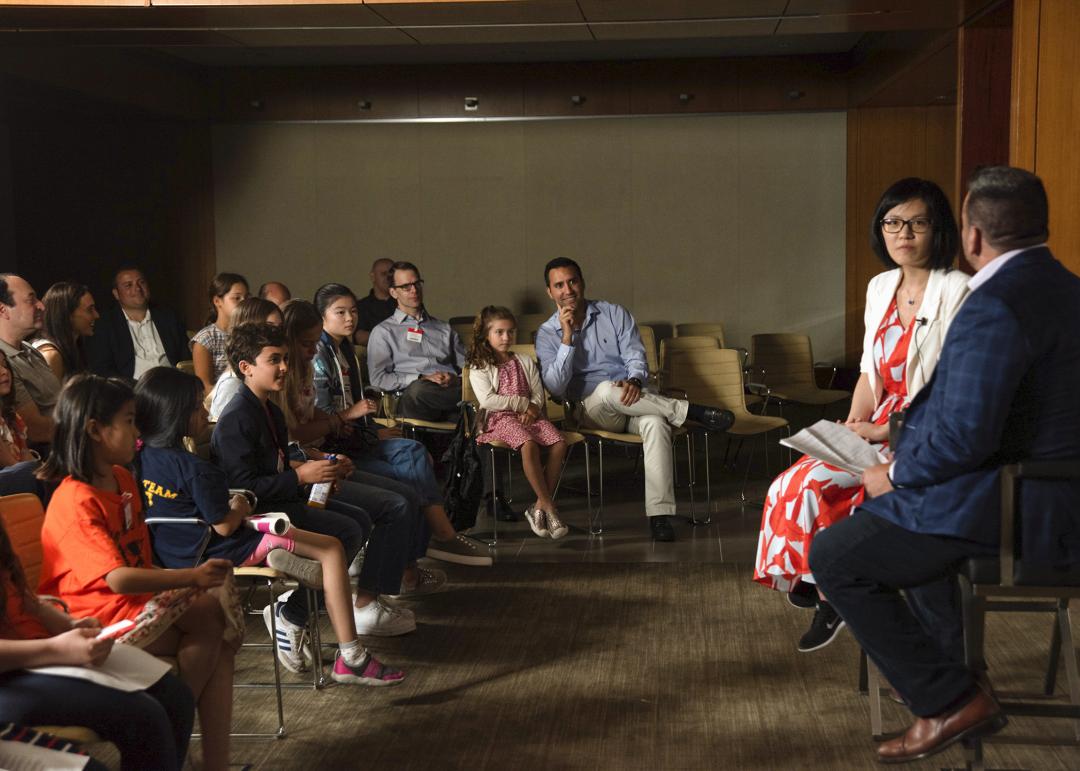 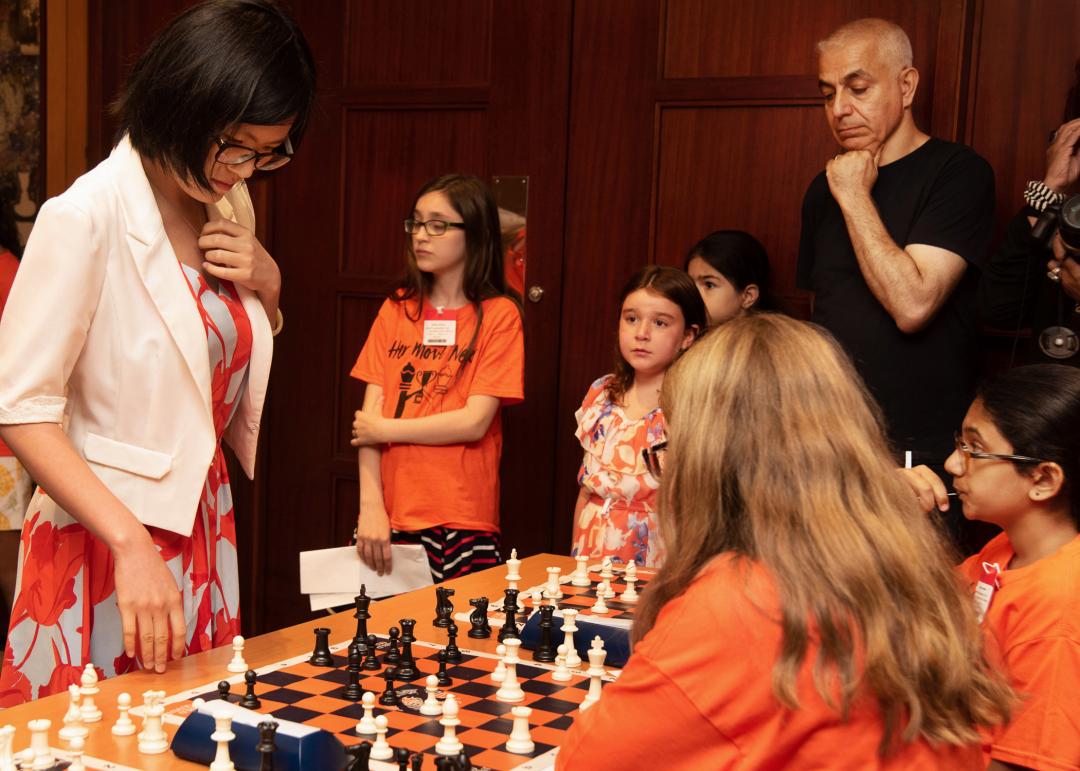