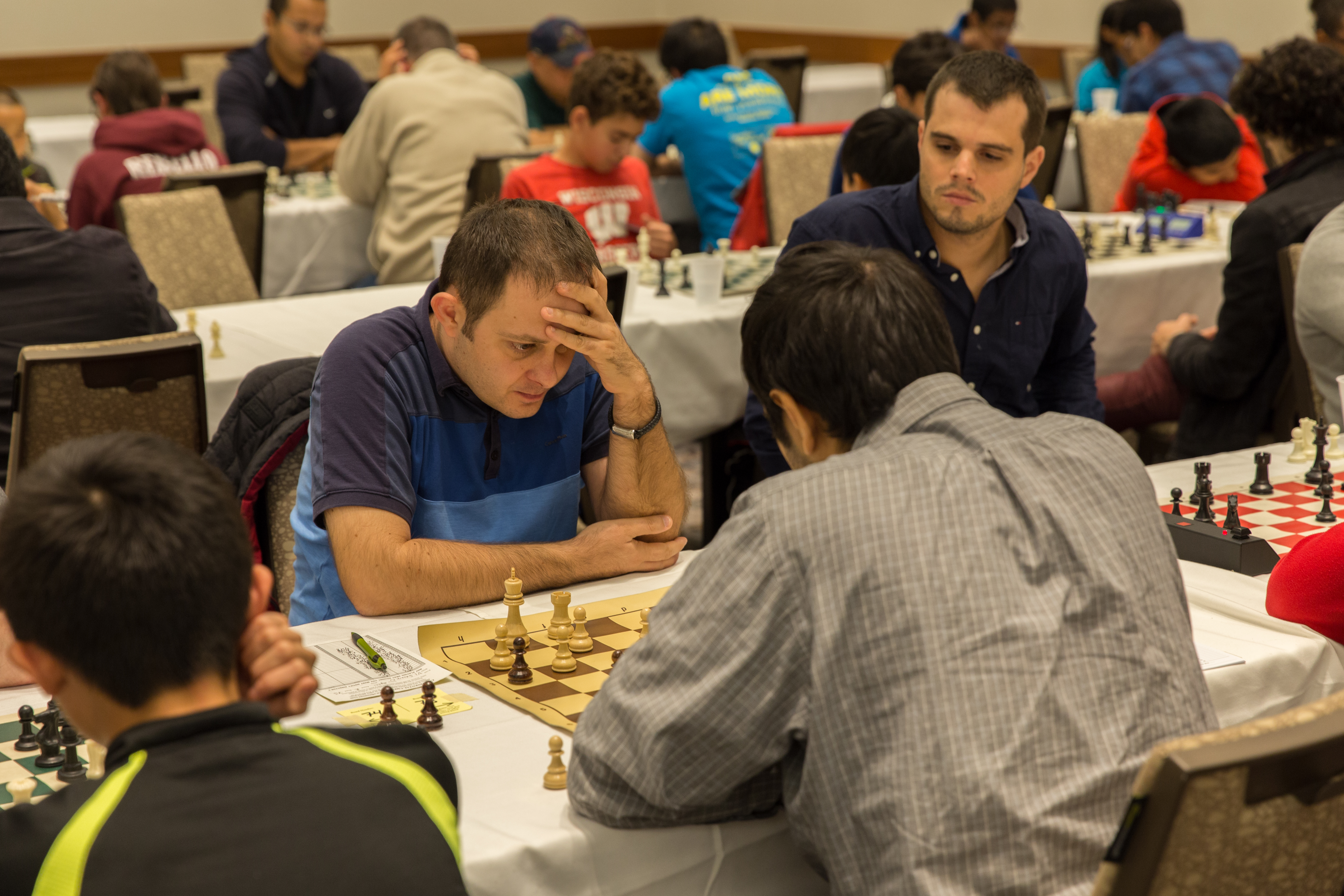 Photo Ian Battaglia
Grandmasters Boris Avrukh (IL) and Fidel Corrales-Jiminez tied for top honors at the 2016 Midwest Class tournament held October 7-9 in Wheeling, Illinois. The pair both finished with 4.5/5, topping a Premier section that included five grandmasters and several International Masters. The second score-group finished a full point behind, on 3.5/5. The tournament, which coincided with National Chess Day, featured 297 players across 7 sections and also included a blitz tournament which, thankfully to all involved, ended well before 3am local time (see my Chicago Open report for past CCA blitz tournament experiences). The match that decided the tournament took place during the fifth and final round on the top board between two 2600+ (USCF rating) Grandmasters, Avrukh and Priyadarshan Kannappan. GM Fidel Corrales-Jiminez’s only blemish came in round 3, against local scholastic talent Jacob Furfine. My own experience was quite unique. I took a first round bye and was then paired with my student, Jason Daniels in the second round. It is often said that chess mirrors life in many ways, and this weekend, I suppose, I learned a bit about avarice on the chess board. First, my greed paid off: Later, however, my pawn-grabbing ways were swiftly punished. Zhaozhi Li got the better of me in the final round after I made a serious miscalculation: 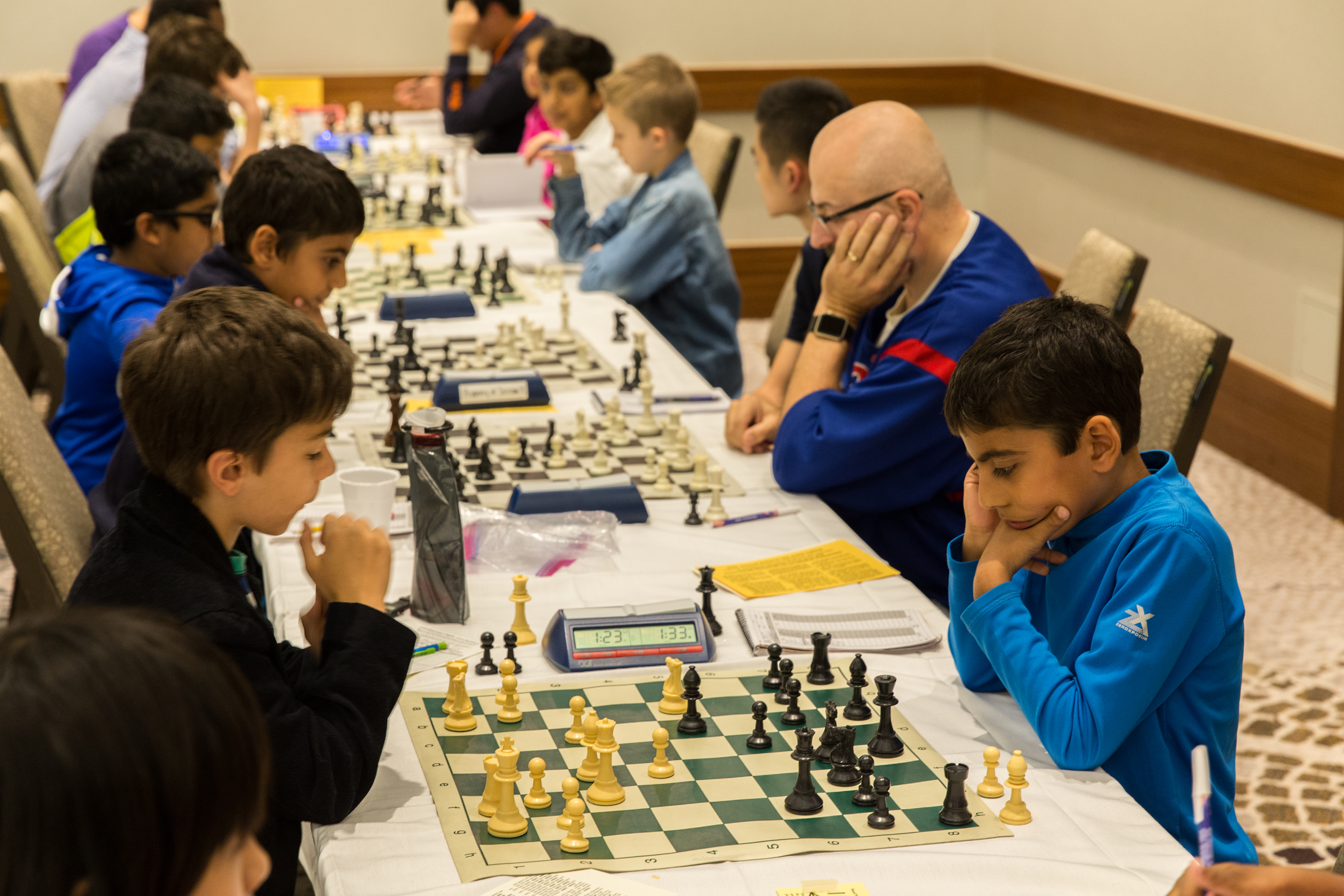 Photo Ian Battaglia
Unlike your average CCA event, the tournament also saw a full-fledged film crew record the activities from Saturday morning through Sunday afternoon. Local DePaul students lead by Sydney O’Haire filmed the event as part of a documentary about the life of NM Gopal Menon, my good friend and frequent partner-in-crime. The photos provided for the report are courtesy of the film crew, who seemed to enjoy the unique atmosphere of a chess tournament and some of the peculiarities of chess culture. Find full Midwest Class standings here. Find reports on Millionaire Chess, the Washington Chess Congress, the IOM Chess International and our ongoing coverage of other events over National Chess Day weekend.
SHARE:

In Zhaozhi - Karagianis did you just give up after Rxc6 or did you play some more and eventually lose? (It says 1-0 right after 5. Rxc6.) I'm confused if you just gave up after Rxc6 because you're only losing a pawn and might still have counterplay with the passed d-pawn (like maybe 5... Rd8 for example.)
The resignation appears slightly premature but whites pass pawns are far quicker on the Queen side
[…] Find more on events held over National Chess day in our reports on Millionaire Chess, the Isle of Man International, the Washington Chess Congress and the Midwest Class. […]