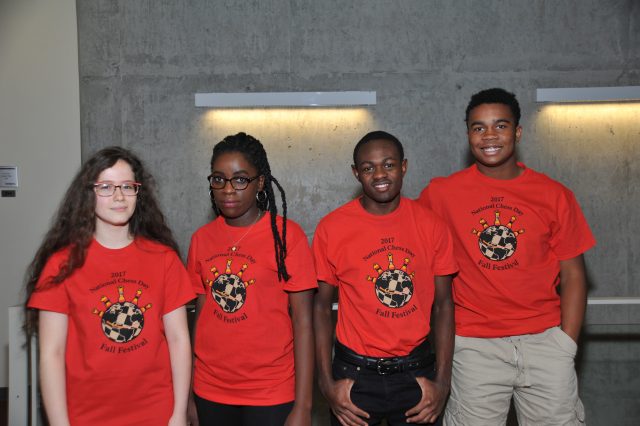 Double Tandem Simul players from left to right: Naomi Bashkansky, Phiona Mutesi, Benjamin Mukumbya and Noah Fields, Photo Floyd English
How many people in the Pacific Northwest celebrated National Chess Day on Saturday, October 14th? Many probably did, and close to 100 chess players, friends and parents even visited the campus of Northwest University in Kirkland, WA, to support a chess fundraiser. Thirty chess players participated in a double tandem simul played by Ugandan chess players WCM Phiona Mutesi (whose life was portrayed in the Disney movie, “Queen of Katwe”) and Expert Benjamin Mukumbya, also portrayed in the movie.  Phiona teamed up with local Washington State chess star, Naomi Bashkansky, who recently took 1st place at the 2017 North American Junior Girls U20 Chess Championship and earned her WIM title. I teamed up with Benjamin to take on the other half of the simul participants. 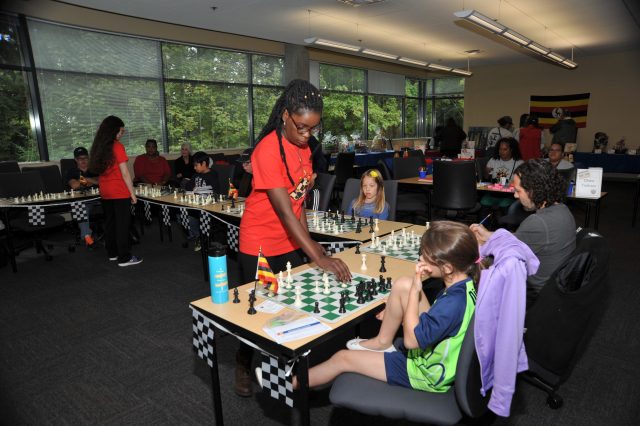 Phiona playing in the simul, Photo Floyd English
In addition to the tandem simul, the festival included chess-themed carnival games, prizes, arts & crafts and a silent auction. After the simul, Phiona and Benjamin sat down with NM Elliot Neff for a Q&A session. They discussed how they got from Katwe, Uganda, to Kirkland, WA, to be college freshmen at Northwest University with help from their chess coach Robert Katende. Both students are on full tuition scholarships, thanks to the generosity of the university. They also discussed their future plans and career goals. Benjamin and Phiona recently started a chess team at Northwest University and hope to compete this winter at the Pan American Intercollegiate Team Chess Championships in Columbus, Ohio.  As Benjamin stated in the discussion after the simul, “I am majoring in Biology (pre-med) and minoring in chess!” 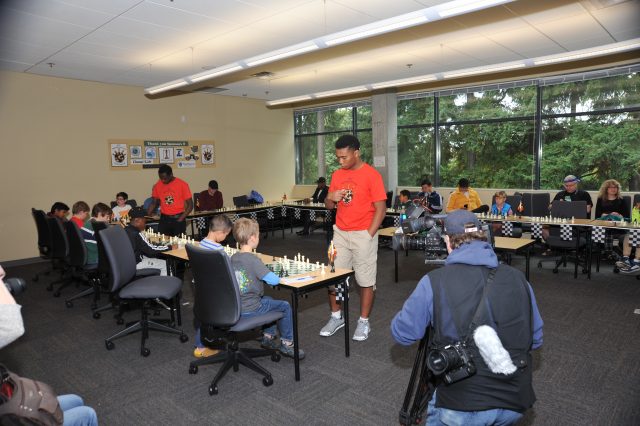 Noah and Benjamin's tandem simul, Photo Floyd English
Over $3,000 was raised and all proceeds from the fundraiser are earmarked for Phiona and Benjamin’s college living expenses. We would like to thank Northwest University for hosting the event in such a great venue, their Health and Sciences building, Northwest Designs Ink for donating the NCD t-shirts, and special thanks to Sarah Smoots of Chess4Life for organizing the event. We also want to thank all the volunteers that helped out with the fun day. Last but not least, thanks to all those who came out to Northwest University to celebrate National Chess Day! 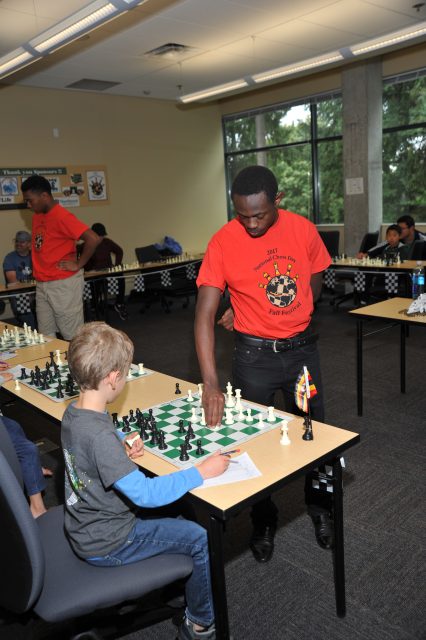 Noah and Benjamin's tandem simul, Photo Floyd English
Donations can still be made online on the GoFundMe link found on Coach Katende’s website,  www.robertkatende.org. Also check out the local news clip on the event here. 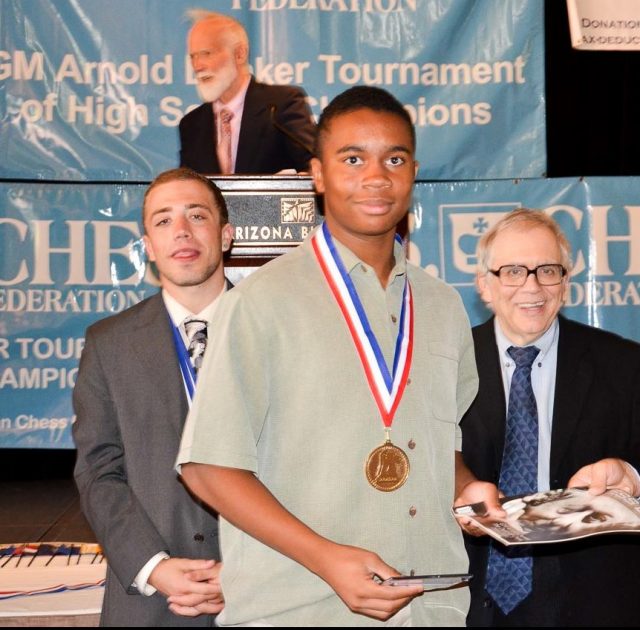 ABOUT THE AUTHOR Noah D. Fields is a US Chess expert, high-school senior in Tacoma, WA and a former Washington State representative to the Denker tournament of High School Champions.
SHARE: