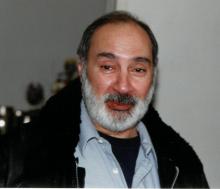 Joseph Anthony Ippolito of Boonton, New Jersey, a former US Chess Executive Board member and once president of the New Jersey State Chess Federation (NJSCF), has died on January 18, 2022 at the age of 78. The funeral home's obituary can be found here.

Ippolito was elected to a two-year term on the Executive Board in 1999. He was the father of IM Dean Ippolito.  He served as Chairman of the Arnold Denker Championship Committee (the tournament is now known as the the GM Arnold Denker National Tournament of High School State Champions) and as Co-Chair of the Scholastic Committee.

Former US Chess/NJSCF President Steve Doyle tells CLO, "He will be missed. He was a true gentleman and someone who breathed fresh air into the [NJSCF] organization by moving our meetings around to restaurants and really pushing us to organize national scholastics, which we did with the high school and junior high. Joe was a champion for his son Dean who from age 6 became a regular at events. I remember Joe sitting at events reading The New York Times. Then we slowly pulled him in to the  organization side and he helped direct the U.S. Championship, U.S. Junior, U.S. Women's Championship, U.S. Open and so many others."

My sympathies to Joe's…

My sympathies to Joe's family during their time of mourning. I wish that I had the pleasure to meet Joe, a man who has done so much for chess especially in New Jersey.

RIP Mr. Ippolito, I had just…

I had just emailed him for comments on the benefits of Chess in Middle Schools.