Jeffery Xiong and Hikaru Nakamura Among Leaders at IOM - 2 Rounds to Go! 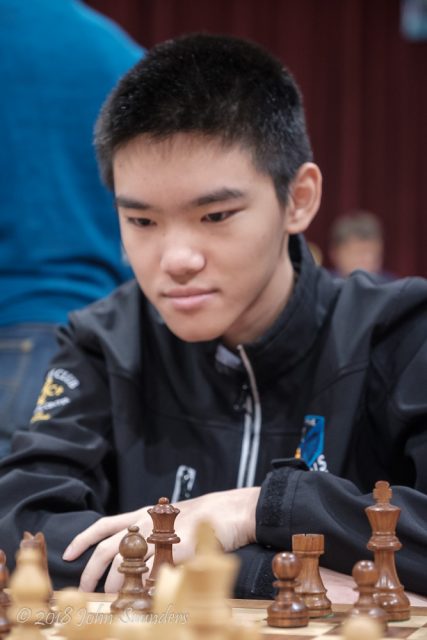 Photo: John Saunders
American prodigy Jeffery Xiong is having one of the strongest tournament performances of his life, currently tied for the lead at the Isle of Man Masters with two rounds to go. To give us some perspective on how incredible his performance has been so far, let's compare his results to many of the world's best in the standings.  Xiong (rated 2656 FIDE) is tied with six super-GMs for the lead, including fellow American Hikaru Nakamura and World #7 Maxime Vachier-Lagrave. In addition, he's a half point ahead of World #5 Levon Aronian, World #6 Anish Giri, the 15th World Champion Vishwanathan Anand, and the 2016 World Championship Challenger Sergey Karjakin. 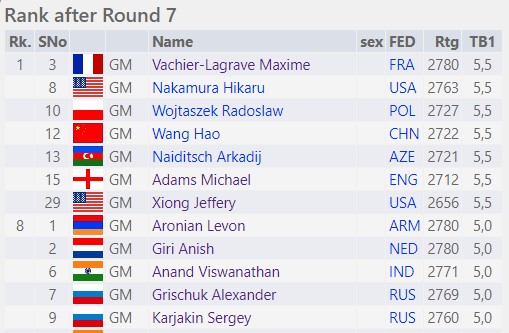 It isn't everyday that you see a 17-year-old able to match and even surpass that many players from the Top 10 list! The two leading Americans faced off today, and the prodigy seemed, not only to be holding his own, but pressing until the very end of the game. 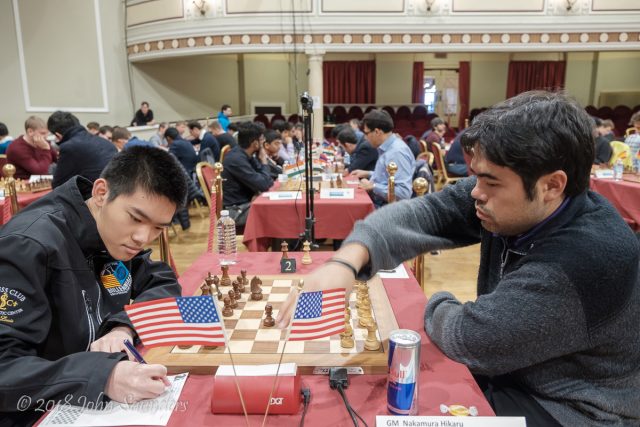 "We liquidated into this rook and queen endgame where already it's not so easy, and I have a lot of ideas." -Jeffery Xiong after the game

How did Nakamura secure a draw?

White to move and draw.

Nakamura joined the leaders the previous round with a critical victory against Abhijeet Gupta. Can you find the clever tactic he used to win? 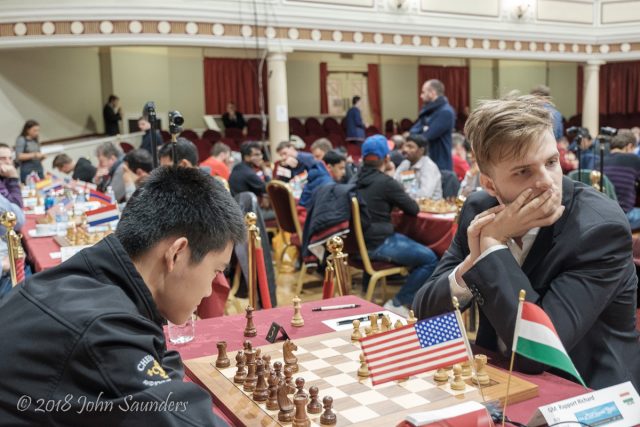 How did the American prodigy defeat the person he considers to be "the most creative player in the world"? 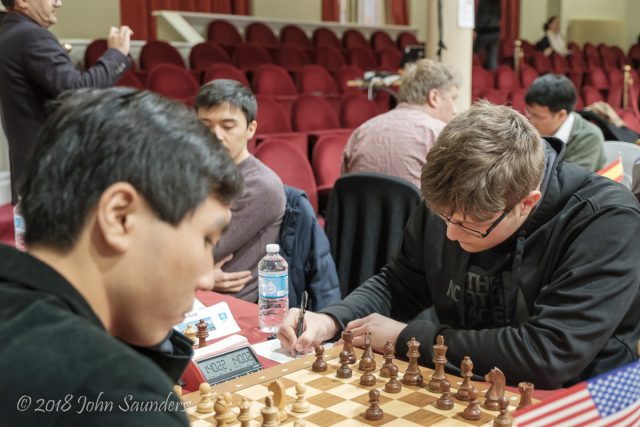 Wesley So vs. Samuel Sevian

Another key American elite vs. American prodigy match-up today was Wesley So vs. Samuel Sevian. So obtained the two bishops, but Sevian's active play in the center and kingside was enough to compensate. After some exciting tactical play, their game also ended with a perpetual check. Can you find the dynamic idea Sevian used to maintain equality?

To finish, can you find the clever mating net Le Quang created in this rook and bishop ending?

Show Solution   Watch round the penultimate of the Isle of Man Chess International live starting at 8:30 AM ET, featuring commentary from GM Danny King, IM Anna Rudolf and WIM Fiona Steil-Antoni. The Isle of Man Masters takes place from October 22-28 with rounds everyday at 8:30 AM ET, except for the last round, which is at 7 AM ET.