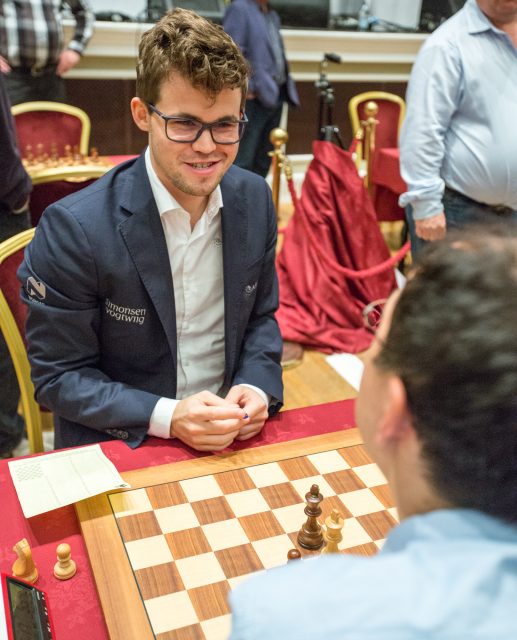 Magnus Carlsen is all smiles as he leads the tournament. Photo: Chess.com / Maria Emelianova
Magnus Carlsen is currently in clear 1st at the Isle of Man Open with 5.5 out of 6. Meanwhile, four Americans are tied for 3rd place with a large group, trailing by a point with 3 rounds to go. One of those players is four-time U.S. Women's Champion Anna Zatonskih, who is having a spectacular tournament so far with a 2600+ performance rating and a victory over GM Boris Gelfand. 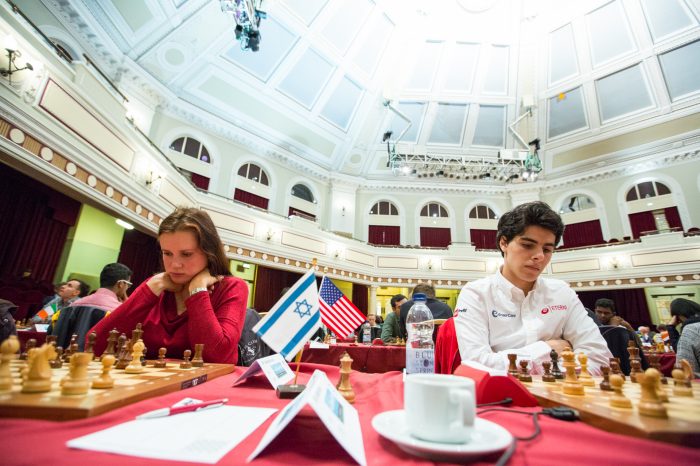 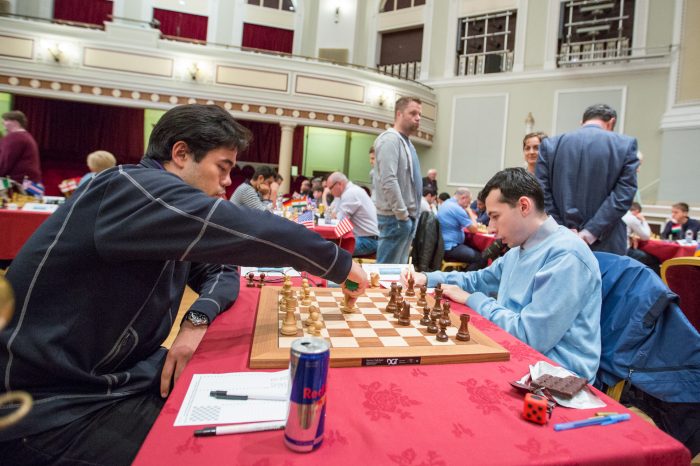 Are you familiar with your rook + bishop vs. rook endings? Lenderman continues his streak from the World Cup by demonstrating how to play for the win in this very tricky endgame. Black has made a mistake, allowing Lenderman a mating combination. Can you find it? [fen]3k4/2R5/4K3/4B3/8/8/8/5r2 w - - 0 70[/fen] 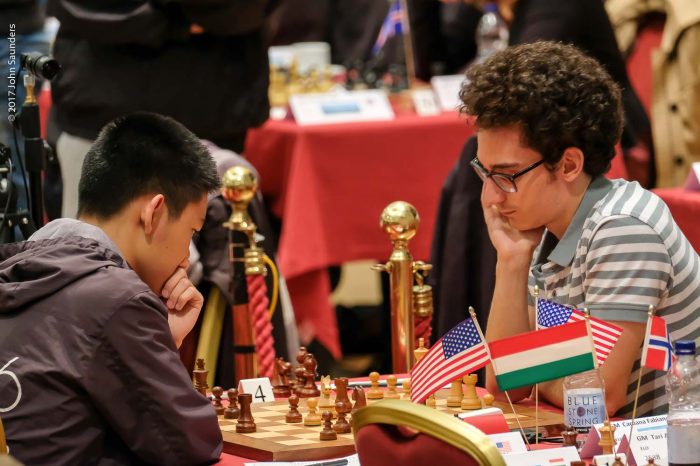 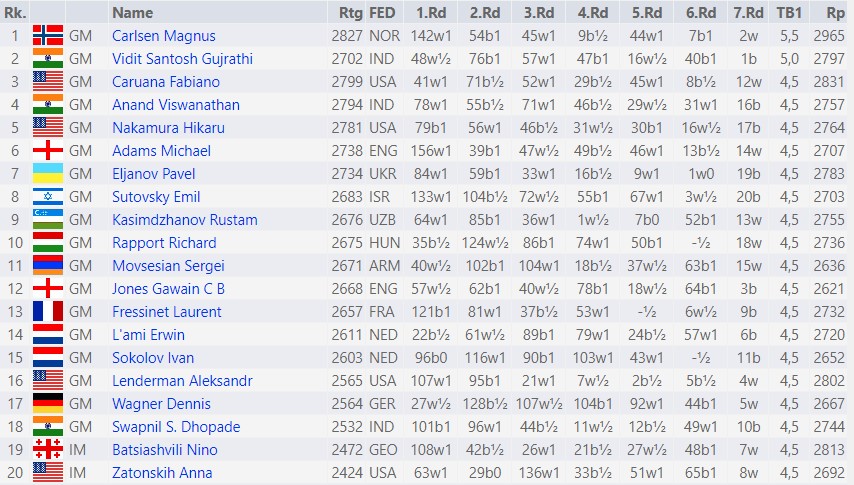 The Isle of Man Masters runs from Saturday, September 23, to Sunday, October 1st, with rounds every day, starting at 8:30 a.m. EST. Watch live games and commentary on Chess.com TV and the Official Website.