The Gligoric Transatlantic Cup is an annual 16-board match between the University of Texas at Dallas and the University of Belgrade. This year’s 15th edition of the event was held November 20 and won by UTD by a score of 10-6, marking the eighth time the school has won the Cup. Belgrade has won the match four times, with three draws.

Even though the event typically takes place online, the 2020 version of the Transatlantic Cup was impacted by COVID just like all other major chess events this year. Normally, both teams would gather at their respective university locations for the internet match, but since gathering in large groups was not permissible this year, members of both teams were playing from different locations. The Belgrade team recruits players from across their Serbian campuses, while the UTD team had players scattered throughout the U.S. and even some in different countries. 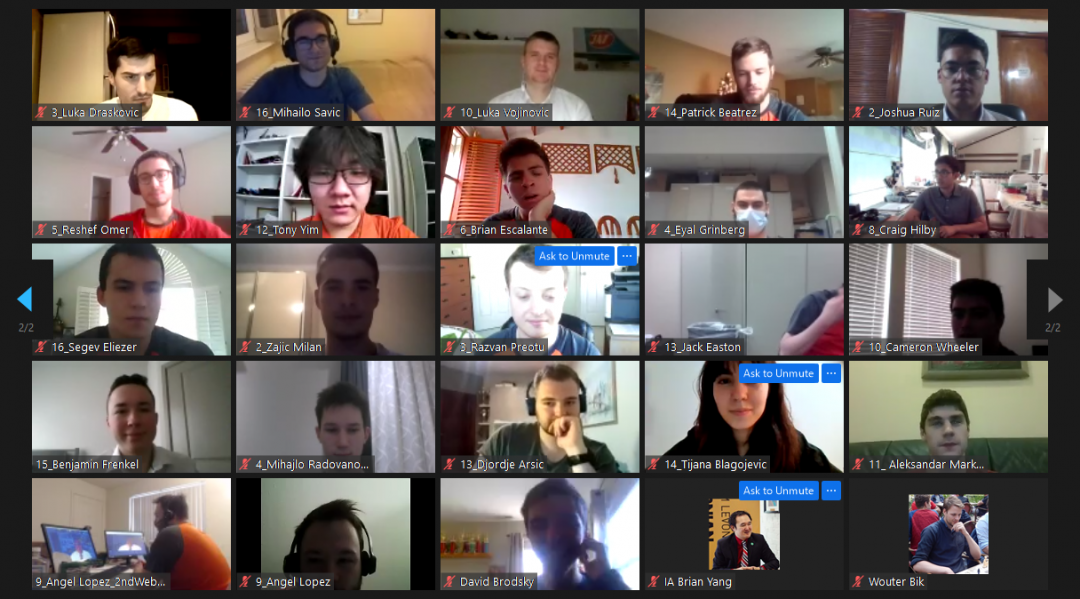 This program book lists the players and pairings from this year’s event, though Belgrade made two last-second adjustments to its lineup by using two of its alternates: Adela Velikic was substituted with Aleksandar Markovic on board 11, and Mila Zarkovic gave way to Milun Zajic on board 15. Time control was 40 minutes plus a 5-second increment, with all games played on the Internet Chess Club where the event has been hosted since its start.

Of the 16 games played, 12 were decisive and 4 ended in a draw. The event began with UTD jumping out to a 3.5-0.5 lead, mostly monopolized on the lower boards. From there, Belgrade stayed competitive but UTD never lost its grip on the early lead. The match was much closer than the score indicated. Here is a summary page with game results and match history, and below are a few of the most-exciting games from the 2020 Gligoric Transatlantic Cup.

This year’s Transatlantic Cup was honored to have the professional broadcasting skills of GM Robert Hess, who co-hosted along with UTD Coach GM Julio Sadorra. Watch a replay of the event here.