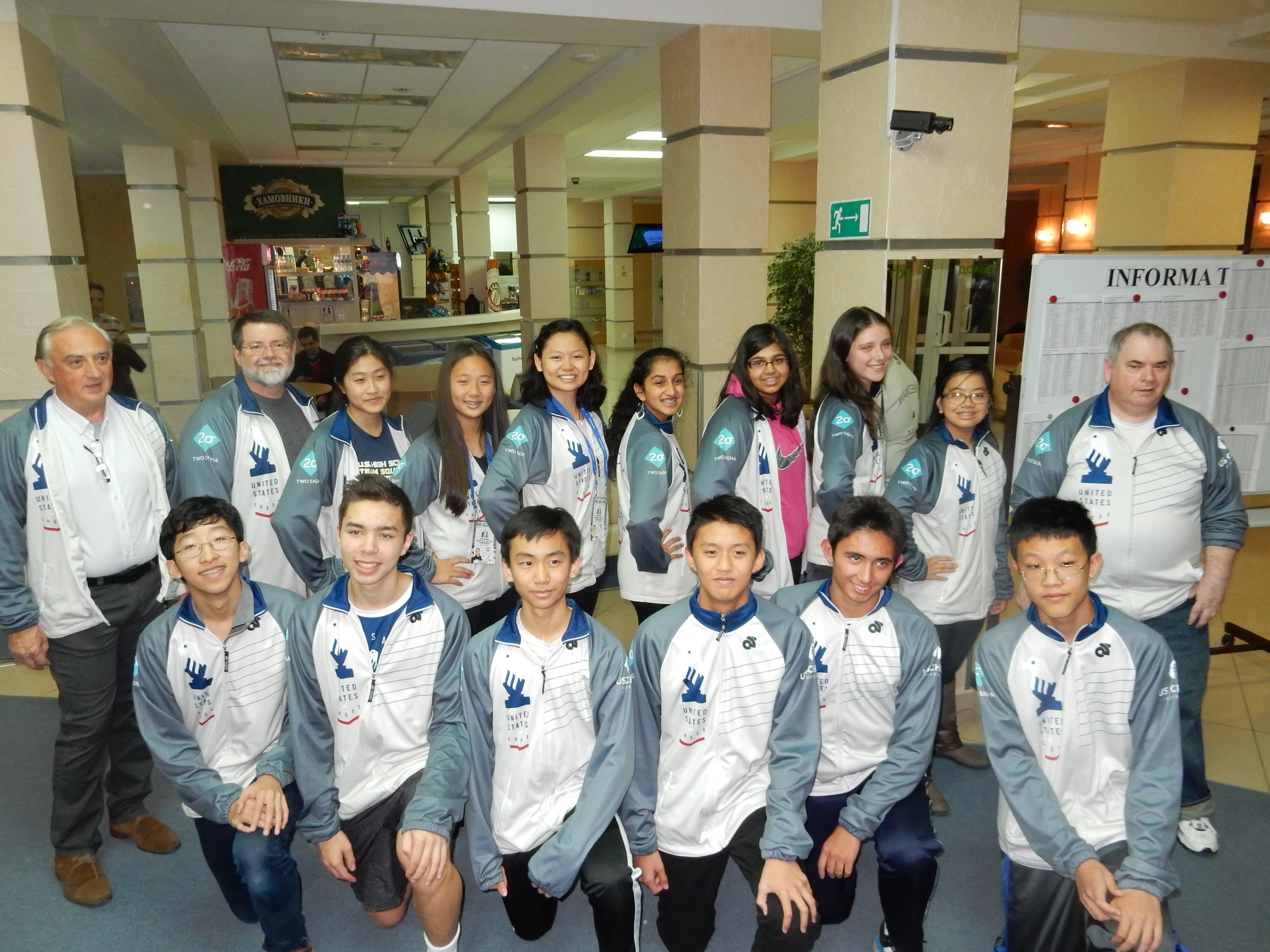 The US Delegation in Khanty-Mansiysk, proudly sporting Two Sigma jackets.

Gabriel Sam and David Peng are among the leaders of the US Chess delegation in Khanty-Mansiysk, both tied for 5th after seven rounds of the World Youth Championship Under 14 Open section. In between the fierce on the board chess action, the team is enjoying the socializing and general chess education that a tournament like the World Youth offers, including a group dinner to a Georgian restaurant sponsored by Two Sigma.Christopher Wu, who is participating in his seventh World Youth, said, "We made jokes and talked about the games, school, and our home life. We really had fun together. We never had anything like this in the past." Back to the chess! Check out a key victory from Gabriel Sam in round five:

Although Annie Wang, who was tied for the lead after four rounds, lost to top seed Elizaveta Solozhenkina (Russia) in round five of the Girls Under 14, she is currently on 5/7 points and tied for 3rd place. Jerry Nash of US Chess reports from the scene that the coaches and players are having a great time, as well as working hard on chess. "The analysis is important for player improvement and team morale. Players greet each other and offer congratulations or condolences as needed and linger to laugh and talk to each other, offering their own insights for the game breakdown. Even parents will observe the sessions and listen in on the suggestions for improvement or the praise for a game well played. The delegation is extremely grateful to Two Sigma for providing the resources to secure this room for the World Youth." 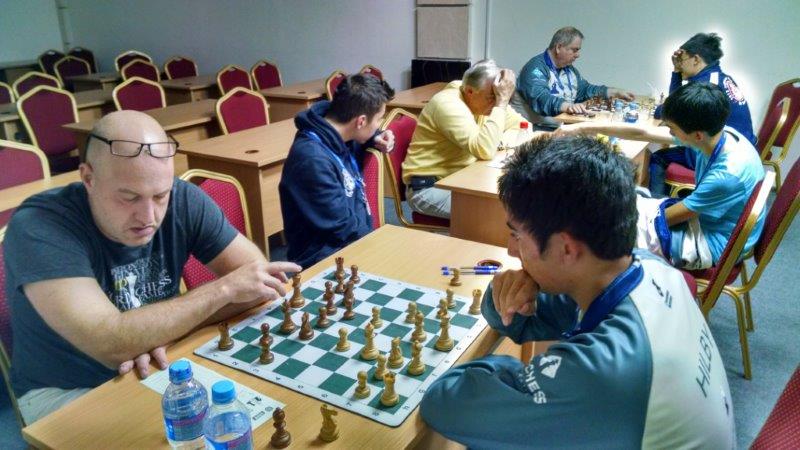 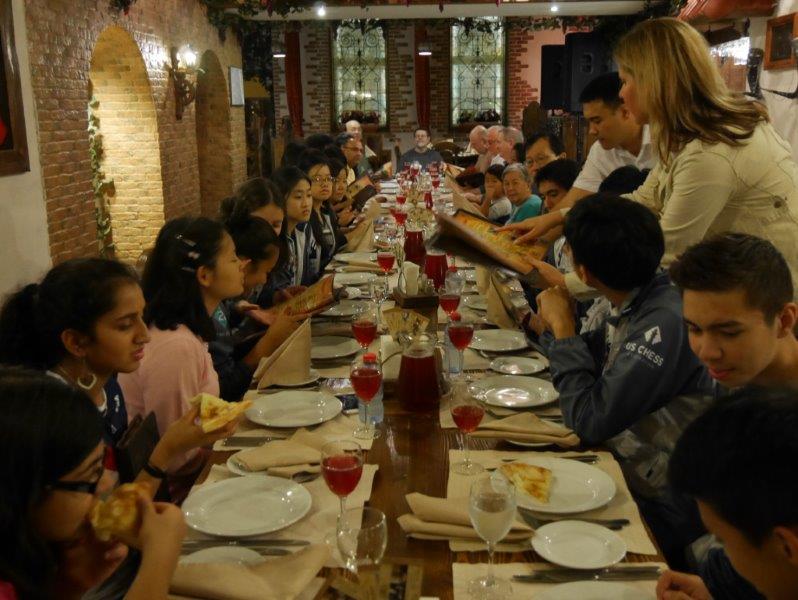 The team also went to a special group bonding dinner, which many of our young delegation enjoyed, including Simona Nayberg in the Girls Under 14, who is attending her second World Youth for US Chess: "I had a great time helping my friends pick out the foods that they ordered at the team dinner. I read and speak Russian so I got to use it to help my friends out. I didn’t know everyone beforehand and it was good to meet a lot of them during the meal. The uniforms are really comfortable to sit in during the games and look good. All the other teams have uniforms and ours make us look like a real team." David Peng, who is doing well in the Open Under 14, is attending his fifth World Youth and said, "The food and the atmosphere was great and it helped us get to know each other better. It helped for the next day because it was a few hours where we didn’t think about chess, we were just having a good time. I had the pork with pineapple. The uniform helps me feel like I am part of a team, not just an individual at a tournament." 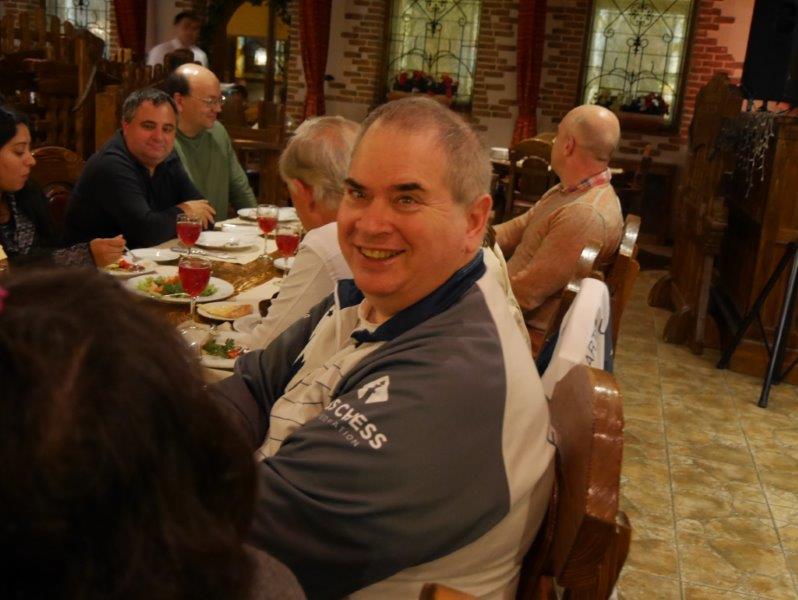 Head of Delegation FM Aviv Friedman told US Chess, "The Two Sigma-sponsored dinner was a tremendous morale booster for the team. It was reminiscent of yesteryear gatherings of our delegation when the numbers were much smaller. I am going to state unscientifically that the good food and the good company were the main catalysts for our team scoring 9 and a half out of 13 points the following day! Thanks to Two Sigma for helping our team!" Team US Chess after seven rounds Open Under 14 Gabriel Sam and David Peng- 5/7 Marcus Miyasaka- 3.5/7 Open Under 16 Bryce Tiglon and Craig Hilby- 4/7 Open Under 18 Christopher Wu- 3/7 Girls Under 14 Annie Wang -5/7 Shreya B Mangalam and Ritika Pandey-3.5/7 Simona Nayberg-3/7 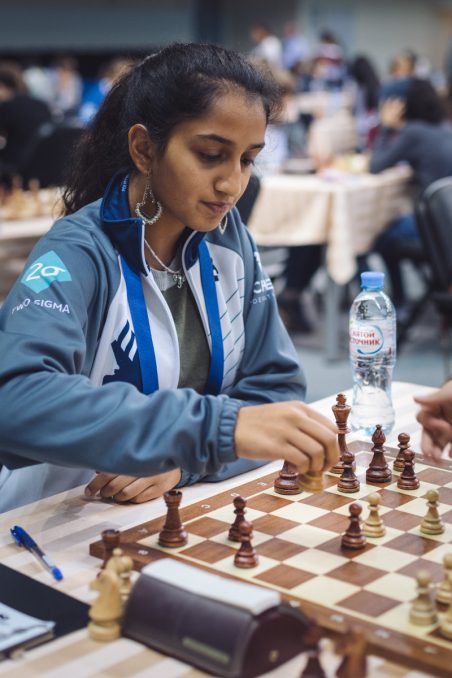 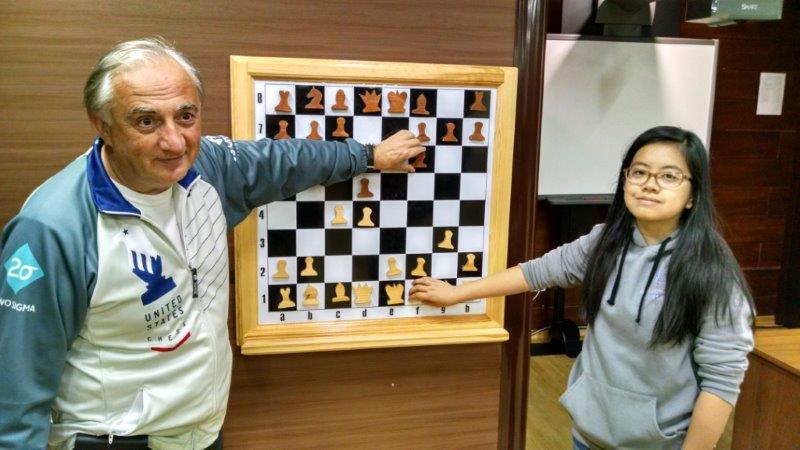 Follow along on the official site and find out more about the Two Sigma sponsorship here.