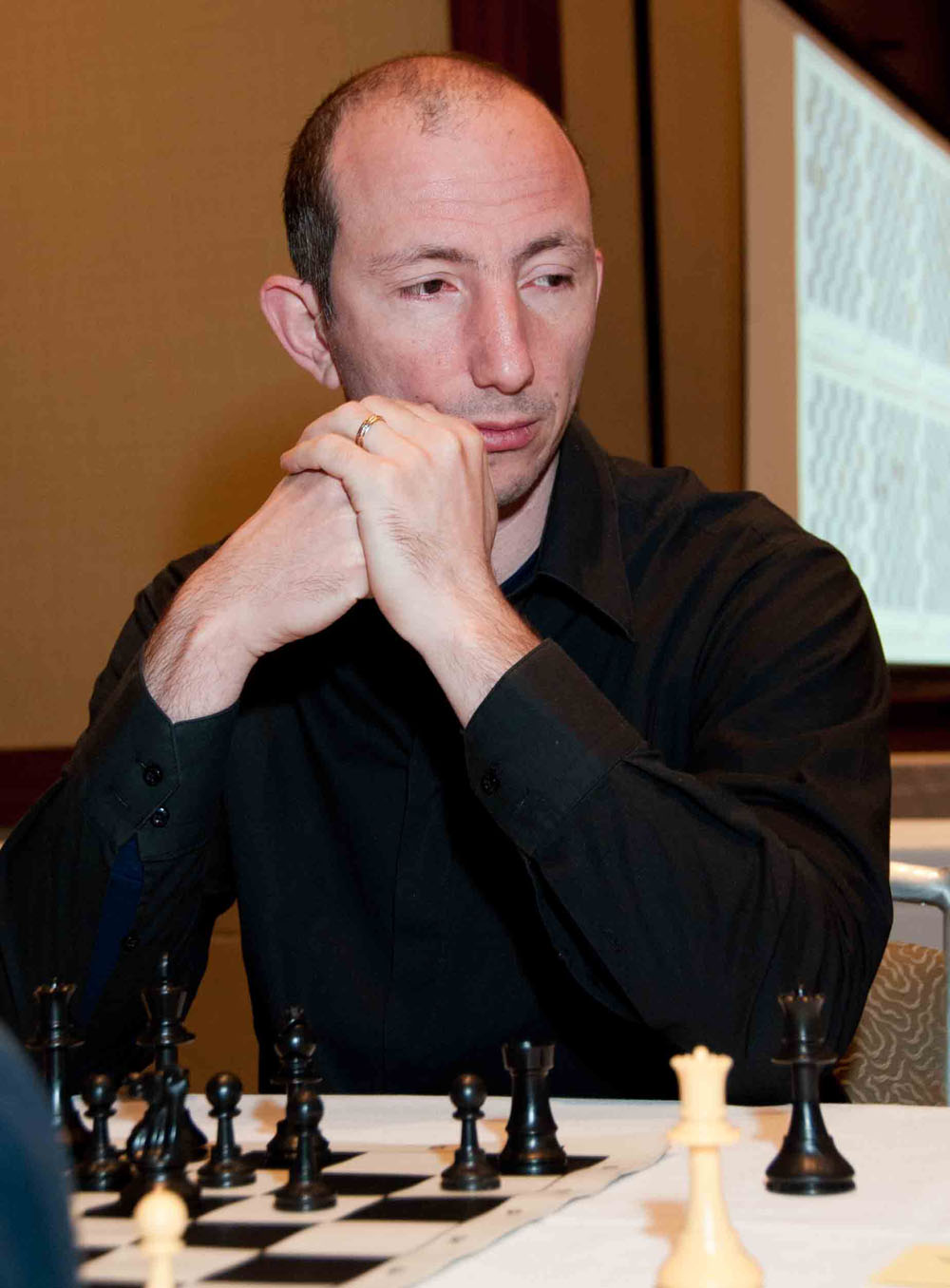 The Chicago Class was held July 15th-17th at the Wyndham in the Chicago suburb of Wyndham, Illinois.  This year’s event offered a $20,000 guaranteed prize fund in seven sections and drew 339 players including six GMs in the Master section. The Master section had 39 players and after five rounds, GMs were alone at the top of the crosstable.  GM Victor Mikhalevski finished with 4 ½ out of 5 and took the $2000 first prize plus the $100 clear first bonus. Mikhalevski played two GMs and 3 NMs.  His best game was in round three when he defeated GM Ashwin Jayaram.

Three GMs tied for second at 4-1:  GMs Alex Shimanov, Fidel Jimenez Corrales, and Vladimir Georgiev.  Each took a slightly different path and each won $600. GM Alex Shimanov was the tournament’s top seed and was the first player to face a fellow GM.  Five of the six GMs opted for the two day schedule and because there are lesser number of players in that schedule, the GMS would play in early rounds.  There was almost a GM vs GM pairing on board 1 of the two day schedule in round 1, but there were just enough players in the two day schedule for the GMs to all be in the top half.  However, in round 2, Shimanov faced off against GM Vladimir Georgiev on board 1 with the latter coming out on top.  Shimanov went 4-0 against his non-titled opponents (though one of the non-titled players was Senior Master Sam Schmakel in the last round) to recover and tie for 2nd. Georgiev had the toughest pairings of any player in the tournament facing three GMs: Shimanov, Jimenez Corrales, and Mikhalevski.  He drew Jimenez Corrales and Mikhalevski and defeated Shimanov as well as Senior Master Sam Schmakel and one expert to score 4-1.  Jimenez Corrales had a chance to tie for first and listening to him as he claimed his check he may have missed his opportunity.  Jimenez Corrales drew in round 2 and was “only” playing masters until the last round.  In the last round Jimenez Corrales was paired with Georgiev and the winner could have caught Mikhalevski, but they drew to finish in the second place tie.  Jimenez Corrales believes he let Georgiev slip away with a draw. The Blitz tournament drew nearly twice as many players as advertised and was won by a perfect 8-0 score. Robert Perez won $180 and defeated Jimenez Corrales twice in the last round to solidify his perfect score.  More important than the prize fund being nearly doubled is that every round of the blitz started on time! There were three 5-0 scores including two in the same section!  The Class E section had 55 players.  There were three perfect scores entering the last round and two won:  Christopher Madsen and Daniel Hammond each scored 5-0 and won $375.  The other 5-0 was in the Class D section as Jingwei Lou finished 5-0 a point ahead of the field to win $1000 in Class D. Mixed doubles prizes went to families again.  Two brother/sister teams scored 7 ½ to win $600 for the mixed doubles team.  Marissa and Qize Li combined for 7 ½ as did Anupama and Avinish Rajedndra. NTD David Hater directed the event for CCA assisted by Jeff Wiewel, Bill Buklis, Allan Cargille, and Bill Feldman. Previous Continental Chess tournaments can be found at the Continental Chess website at  http://www.chesstour.com/cross.html.
SHARE: