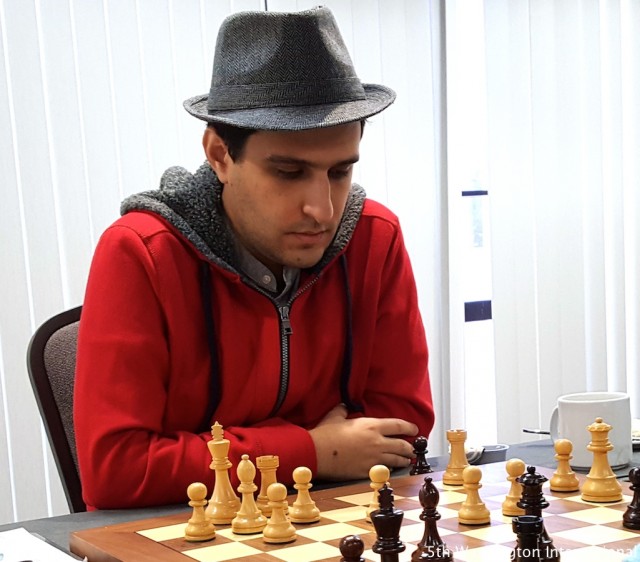 GM Elshan Moradiabadi
Going into the last round of the 5th Annual Washington International, four players were tied with 6/8 (GM Gata Kamsky, GM Conrad Holt, GM Elshan Moradiabadi, and IM Keaton Kiewra), closely followed by five players a half point behind. It looked like, for the first time, there would not be a sole winner of the title. However, in the end, the only player in the top score group able to win their game was GM Moradiabadi, giving him sole first place and $4000. Five players tied for second: GM Ilya Smirin, GM Kamsky, GM Holt, IM Kiewra, and IM Arthur Shen; earning them each $1190. On the title-earning front, two players met their last requirement for their GM titles when their FIDE ratings surpassed 2500, IM Darwin Yang (CA) and IM Razvan Preotu (CAN). The B section (Under 2201) also had a sole winner, also with a score of 7/9, Alan Gu (NJ). Tied for second were Nikhil Kumar (FL) and Juan Obregon (AZ). The blitz tournament on Friday evening was won by IM Akshat Chandra with GM Holt in second place. 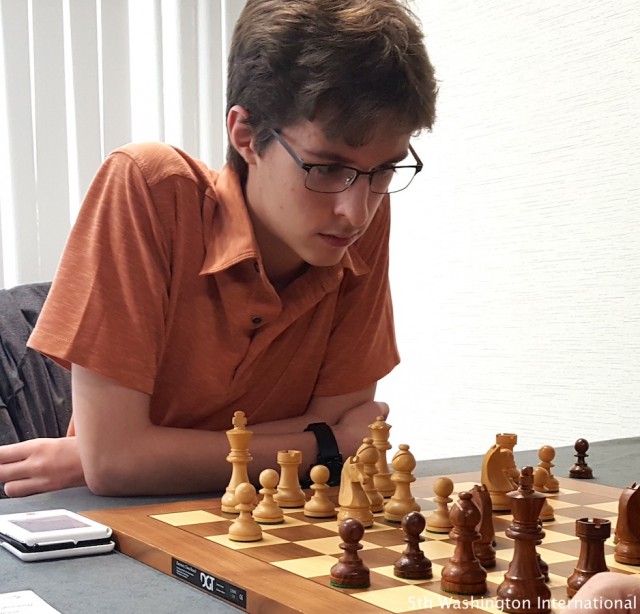 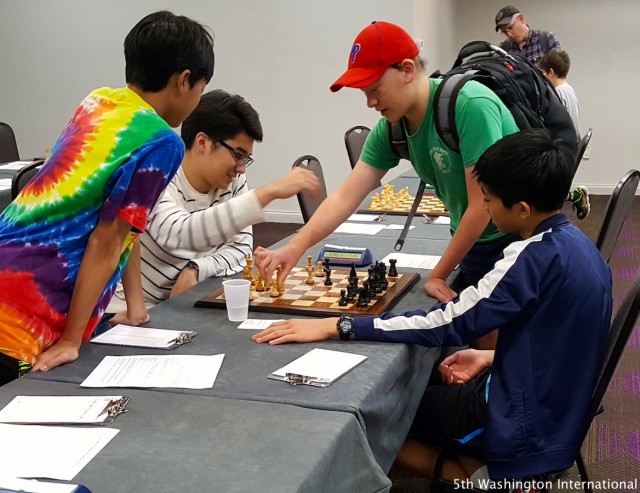 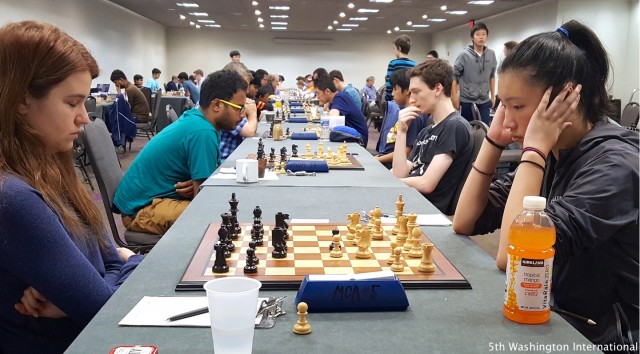