Belous Wins US Masters; Zherebukh 2nd with 1. a3!

Nine Grandmasters over 2600 played in the US Masters, a SuperSwiss, norm granting tournament held in North Carolina at the end of August.  Vladimir Belous of Russia, also the 2016 Chicago Open Champ, was ranked 13th coming in. He triumphed among many higher rated GMs and scored 7/9, good for clear first and $5,000. 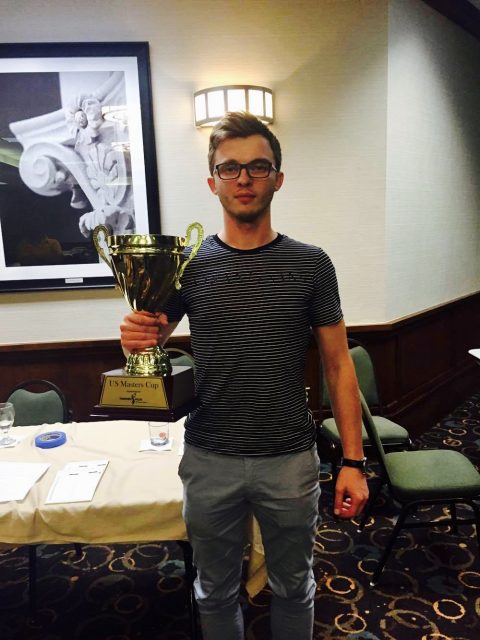 GM Belous, Photo Vanessa Sun
GM Belous’ first place status was not obvious until the result of the final round. He started off with only one win and three draws in the first four rounds, and those first draws were against lower rated players. The odds were against a comeback. But he did it, with one more draw (against GM Yuniesky Quesada Perez) and four wins, including this final round victory over GM Alexander Shabalov.   Belous mentioned his satisfaction: “I'm happy to win this tournament as overall I didn't have good results this summer. You can't win such a strong event without being lucky. I managed to win to key games against Huschenbeth and Shabalov.” Funny enough, Belous says he offered a couple of draws to 2400+ players, got rejected, and eventually went on to even win those games. It was GM Niclas Huschenbeth who was the frontrunner for the first half of the tournament. Fresh off the Manhattan Open earlier in August, Huschenbeth was in form and started off with a dominating performance. Winning five games in a row, Huschenbeth boasted a streak no other player could match. 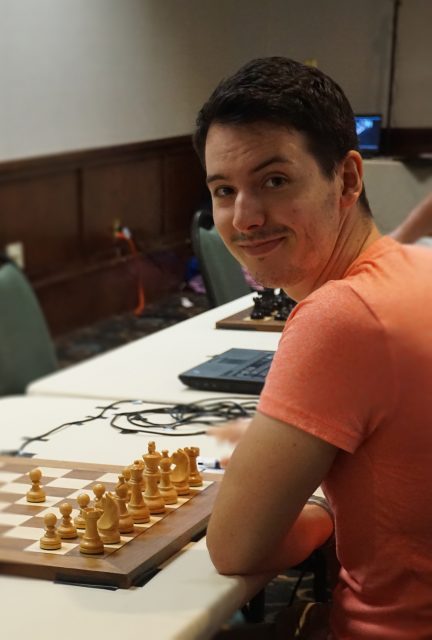 GM Niclas Huschenbeth was in high spirits throughout the tournament, Photo Vanessa Sun
His losses to GM Belous and GM Yaro Zherebukh eventually pushed him to settle for a third place tie. GM Yaro Zherebukh had a roller coaster of a tournament. His last tournament of the summer before returning to Saint Louis University for the school year, GM Zherebukh felt extra pressure to play well. Disaster struck around Round 6, prompting him to say, “I wasn't too hopeful after a dreadful 3.5 out of 6. However, a streak of three wins playing such moves as 1.a3 for white and 1...a6 for black got me shared 2nd place.” That’s right: GM Zherebukh played a few games where he moved his a-pawns as his first move, including a spectacular win over IM Raja Panjwani-- revenge for Panjwani beating him in the New York International tournament a few months back. On his peculiar first move choices, Yaro mused, “it seems like not worrying about the results actually improves the quality of chess you play.” His performance did indeed soar when he did not play to win, but to just play chess. 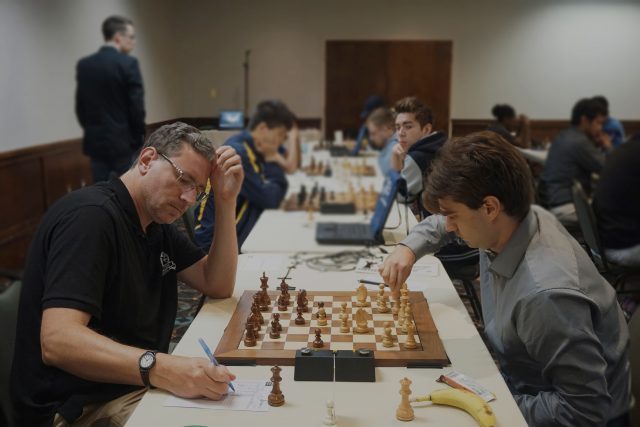 GMs Sam Shankland, Dmitry Gordievsky and Zherebukh all ended on 6.5/9 to tie for 2nd-4th, with Sam and Yaro advancing to a thrilling Armageddon showdown on tiebreak. The game would determine the title of best U.S. player and a $500 bonus. Playing with the black pieces in the Armageddon, Zherebukh had draw odds. The game was indeed drawn after 57 moves, giving Yaro the bonus cash and title. 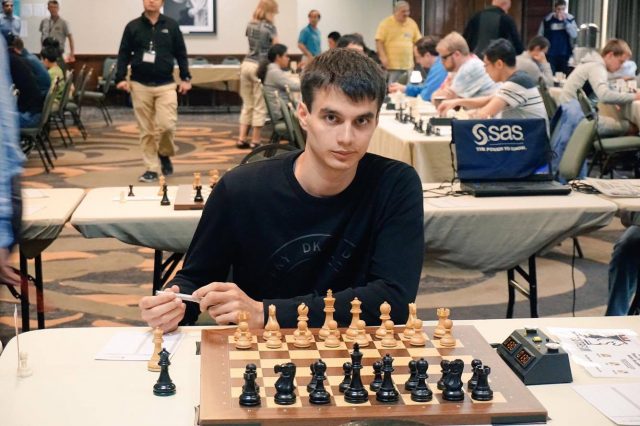 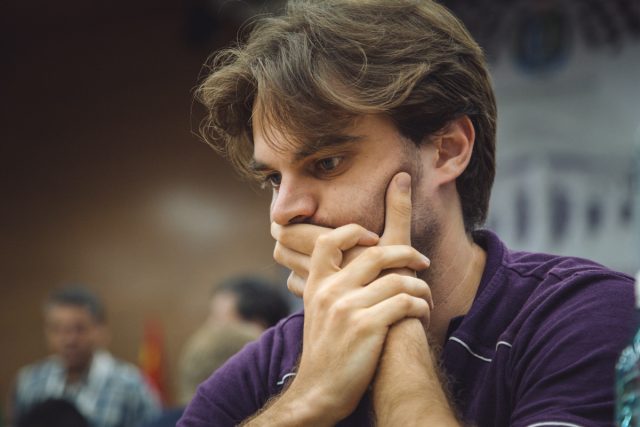 GM Sam Shankland Photo: Anastasia Balakhontseva
GM Ray Robson and GM Awonder Liang were among the illustrious players in a big tie for 5th-14th.  Despite all the successes from several grandmasters, some of the lower titled players also experienced great achievements. In the last U.S. Masters article, several chess players had big upsets. Following that report, NM Beilin Li managed to beat another IM, Venkat Saravanan. His performance was not even the most prominent National Master result, as NM Balaji Daggupati managed a win against IMs Levan Brigadze and Orlen Ruiz Sanchez, as well as against GM Carlos Matamoros. Last but not least, FM Advait Patel earned his 3rd and final IM norm. His performance included a win over GM Sergei Azarov and several impressive draws, even with the tournament winner! The only person to earn a norm in the tournament, receiving his last IM norm is probably even more satisfying to him than any prize money.  Tommy Hay, who also wrote an earlier press release on Patel's accomplishments, said "For the 1st time in Oklahoma chess history, Oklahoma has an IM-elect. His name is Advait Patel, who will be 15-years-old on August 31st. Patel is a junior at Carl Albert high school in Midwest City and is a 4-time Oklahoma state chess champion." The tournament was a resounding success thanks to organizer Walter High, who is known for accommodating players to their needs and creating great conditions for the event. 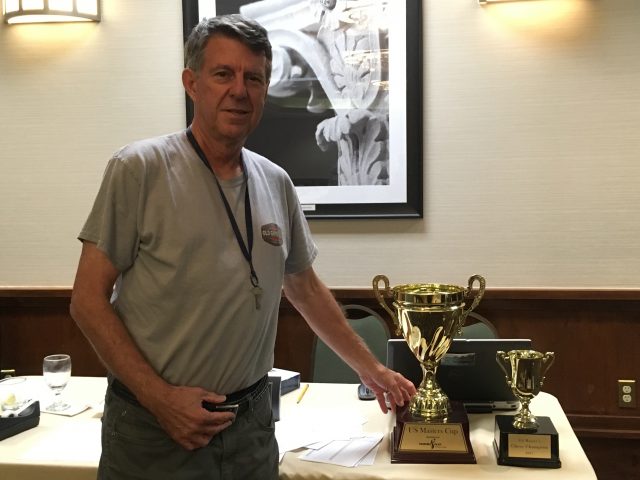 Walter High, Photo Vanessa Sun
GM Zherebukh says: “There is a special aura about this place.” Every year, we expect to see a stronger field, more players achieving norms, and more thrilling comebacks! For more details on the US Masters, find the crosstable here.
SHARE: