After nine days of grueling classical chess, Russian GM and Texas Tech student Aleksey Sorokin is our 2022 U.S. Open champion. Sorokin tied for first with GM Elshan Moradiabadi as both went undefeated with seven wins and two draws. The two were never paired, and each won $4,800 for their share of first. But the title of champion still had to be awarded, and the two squared off for an armageddon game with an additional $200 on the line. 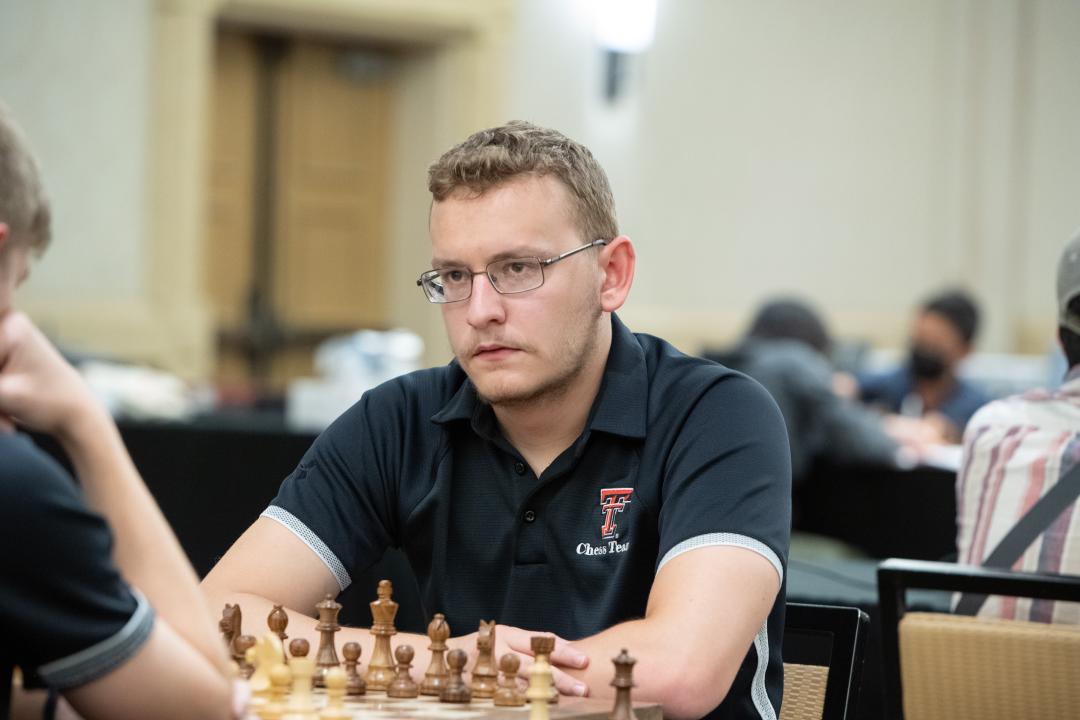 Because Sorokin does not play for the United States federation, Moradiabadi won the coveted spot in the U.S. Championships, being held at the Saint Louis Chess Club in October this year. And just today, the club announced that Elshan will be their newest grandmaster-in-residence.

Sorokin defeated his collegiate teammate IM Viktor Matviishen with black in an incredibly tense King’s Indian Attack. Playing for a win, Black elected to part with his queen under unclear circumstances, but Matviishen was too slow to snuff out Sorokin’s activity.

Moradiabadi, also with black, had to win against GM Illia Nyzhnyk in order to be guaranteed at least a share of first. Nyzhnyk struggled to get anything going against Moradiabadi’s strong central grip against white’s English, and eventually overextended.

Gabriel Eidelman won the $2,000 prize for top master, finishing only a half-point behind the champions. His last-round win against GM Eduardis Rozentalis, after the GM failed to play an only move in a tricky Nimzo-Indian, was quite the exclamation point on a strong performance.

And down the line…

Thanks to Jj lang for this…

Thanks to Jj lang for this terrific report which moves like Secretariat at the Belmont stakes! I am going to ,pour the coffee .,,,,.really look at the games given throughout the night. Lang really got the readers involved. Jude Acers/ New Orleans

Excellent reporting! Thanks for the article JJ

Why would you leave out that…

Why would you leave out that Moradiabadi was co-champion in the title of the article?

What are the U S Open plans…