Giving Back With Chess: Charity Chess Champs Set for May 21 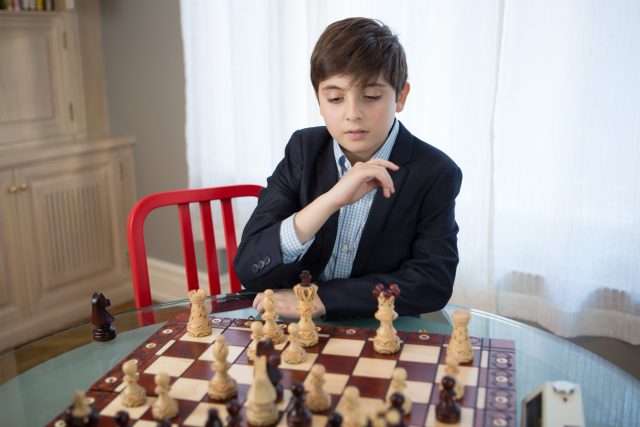 10-year-old Daniel Mero first came up for the idea of the Charity Chess Championship with his father Scott, as a way to give back to the community using the game he's been passionate about since kindergarten. The event, to be held on May 21, Sunday in New York City at the Park Avenue Synagogue will benefit Band of Parents, a non-profit organization funding new therapies for Neuroblastoma, the most common cancer in children under two years. The event features a US Chess-rated Quads tournament, silent auction, raffle,  Grandmaster blitz tournament and GM simul. Over a dozen Grandmasters are slated to participate, including Robert Hess, Joel Benjamin, Lev Alburt, Marc Arnold, Oliver Barbosa, Pascal Charbonneau, Max Dlugy, John Fedorowicz, Alex Fishbein, Mackenzie Molner, Magesh Panchanathan, Mark Paragua, Michael Rohde and Vladimir Romanenko. Scott told US Chess,  "My wife Norma has been battling breast cancer for over a year. We wanted to teach Daniel about charitable giving and community service.  Daniel loves chess, so after brainstorming, we came up with a way to combine chess and charitable giving." They intend to host a charity chess tournament annually, and to choose a different charity to support each year. Scott explains their choice for the inaugural event: "Our friend Marc Winthrop started Band of Parents to help fund research for Neuroblastoma.  Tragically he lost a daughter, Talia, to neuroblastoma at the age of 13.  Pediatric cancer is severely underfunded and we thought Band of Parents would be a worthy charity to support." 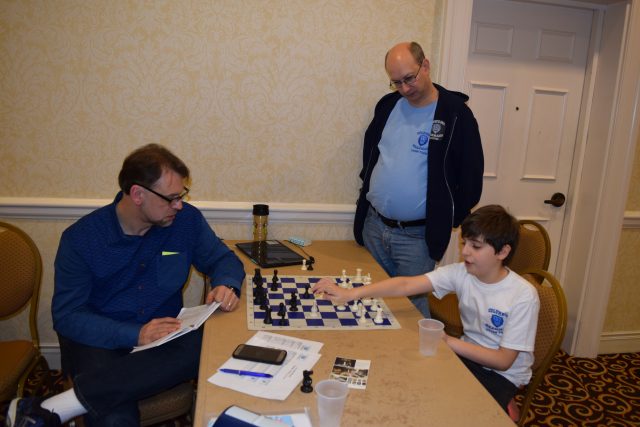 Daniel Mero with his coach John MacArthur and GM Joel Benjamin
Daniel is in the fourth grade at Columbia Grammar & Preparatory School (CGPS).  Children at CGPS are introduced to chess in kindergarten, where it is a required subject. CGPS coach Sophia Rohde organizes and runs city (NYC), state (NY) and national chess tournaments, and was immediately on board, along with Daniel's own coach, NM John MacArthur, also of CGPS. Danny Rohde and Grandmasters Michael Rohde, Joel Benjamin and Marc Arnold are also enthusiastic supporters of the Charity Chess Championships. Scott Mero told US Chess, "I plan to be in Nashville with Norma and Daniel for SupernationalsVI and we will continue to spread the word about the tournament (which will be held a week later).  We already have people from different parts of the country logging on to our website www.charitychess.org to register for the tournament and make donations.  Everyone can make a difference, even if you can't attend in person." Log on to the event website to learn more and get involved! 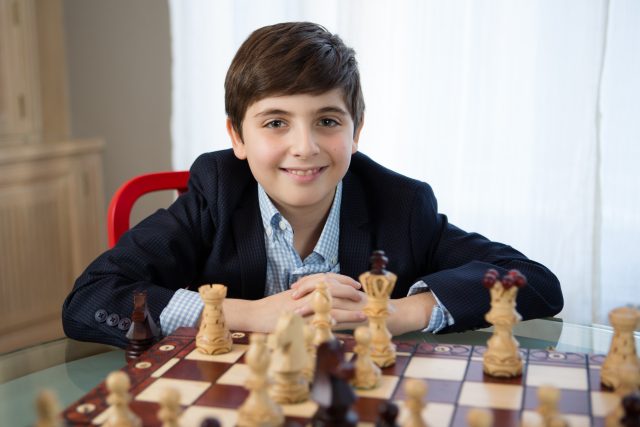