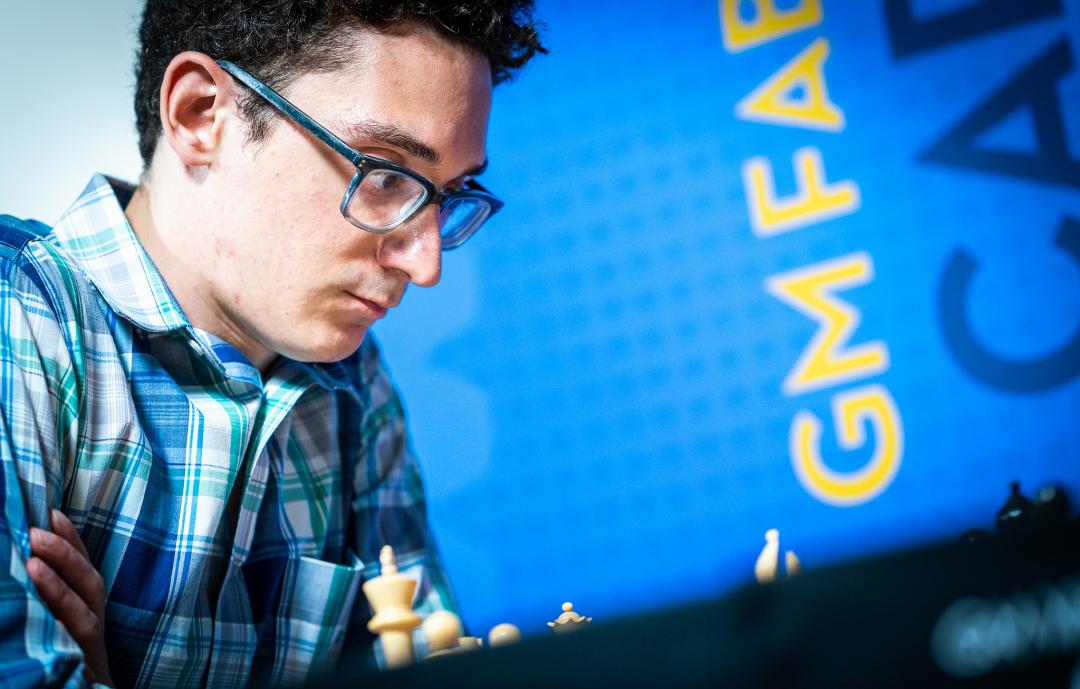 Caruana in round 8, Photo Lennart Ootes 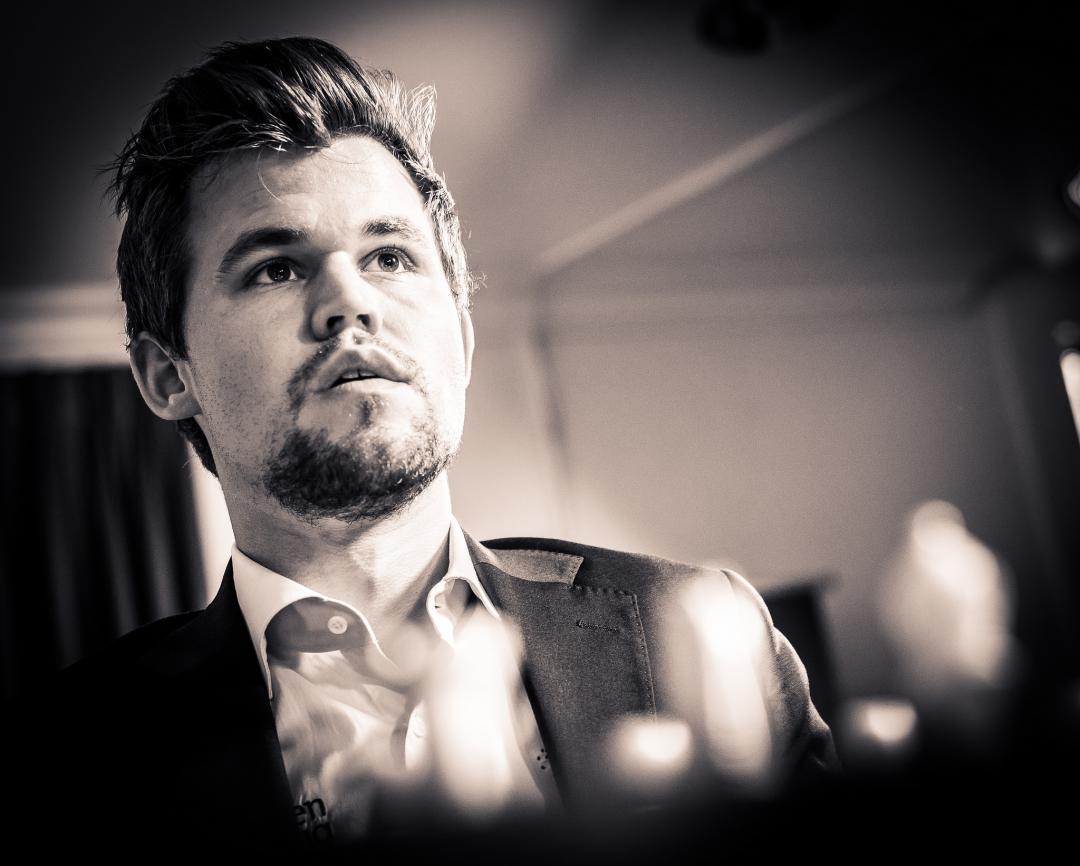 Magnus Carlsen, Photo Lennart Ootes
World Championship challenger Fabiano Caruana leads going into Championship Monday, the final round at the Sinquefield Cup. After a dramatic round seven, Fabiano tried to press a small edge against Anand in round eight, but the five-time World Champion defended well to secure the split point. All the other games were drawn as well, allowing Caruana to keep his half point lead. 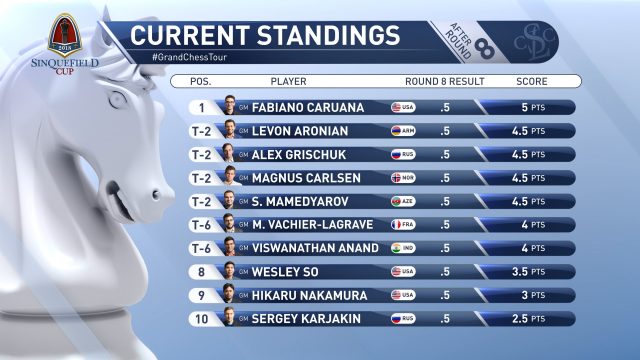 Graphics by Spectrum Studios
After the game, I asked Fabiano about his patriotic choice to play in the Olympiad for our gold medal team, despite facing Magnus Carlsen in the World Championship match a month later. He replied: "I didn't even think about not playing in the Olympiad. I wanted to represent the US." In the final round, Fabiano will be facing an Olympic team-mate, Wesley So, also the 2016 Sinquefield Cup champion. So nearly won his penultimate battle against Alexander Grischuk, another contender for this year's Cup. Caruana takes down the Cup clear on a victory, but Wesley has a lot to play for as well. A win for So will give him a chance to qualify for the Grand Chess Tour finals in London. 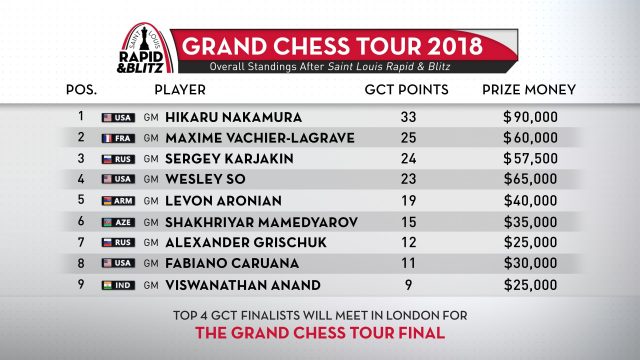 Grand Chess Tour standings after the Saint Louis Rapid and Blitz
Hikaru Nakamura, the Saint Louis Rapid and Blitz Champion, already guaranteed his place in London by virtue of outstanding performances on the GCT so far, despite having a tough Sinquefield Cup. He plays Magnus Carlsen in the final round, where a win gives him a decent chance at a playoff for the Sinquefield Cup title. The other three spots seem up for grabs, though the math of Eric Issacson shows Maxime Vachier-Lagrave as very likely to be in the mix. In round nine, popular IM and streamer Eric Rosen will again be taking over our twitter feed @USChess. Follow along starting at 2 ET! https://twitter.com/USChess/status/1033399571987226624 Follow along with commentary by Yasser Seirawan, Jennifer Shahade, and Maurice Ashley on the Official Grand Chess Tour Website. The Sinquefield Cup runs from August 18-28 with rounds everyday at 1 P.M. CST.
SHARE: