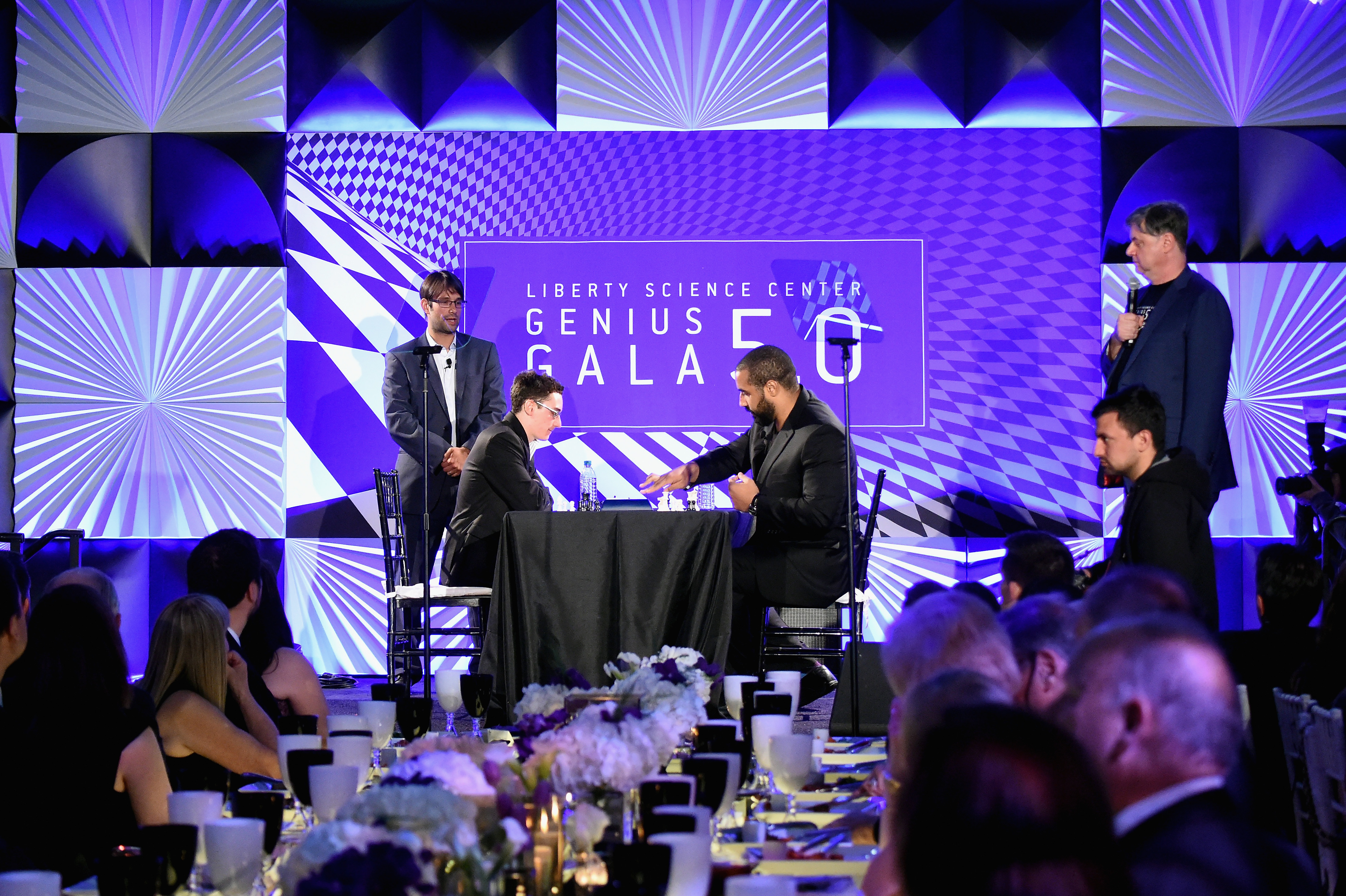 At the Genius Gala held at the Liberty Science Center in Jersey City on May 20, US Champion Fabiano Caruana faced off against John Urschel of the Baltimore Ravens in a blitz game. The event, which was co-hosted by Whoopi Goldberg, honored architect Frank Gehry, among other prominent intellectuals. New Jersey hedge-fund trader & Grandmaster Pascal Charbonneau officiated the chess match with Liberty Science Center CEO Paul Hoffman. Hoffman, a chess expert himself is also author of "The King's Gambit: A Son, a Father, and the World's Most Dangerous Game."  The time control was two minutes for Caruana and three for Urschel.  Fabiano won once John resigned with a minute and a second left on his clock, where Fabiano had 39 seconds. Fabiano's manager Lawrence Trent tweeted from the event:

Fabiano Caruana, the #3 player in the World live rankings (behind Carlsen and Kramnik), was just recognized as the US Chess Grandmaster of the Year. 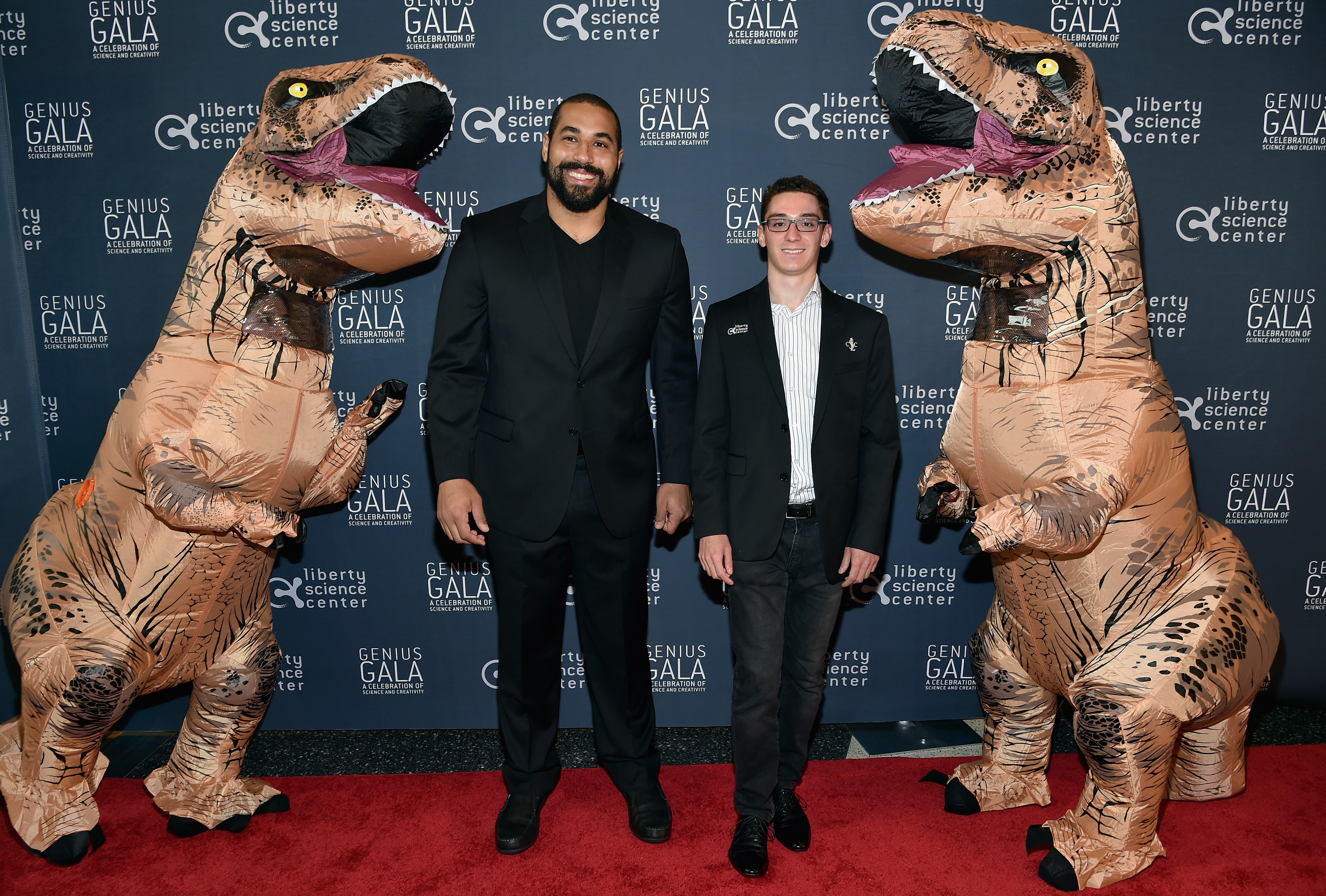