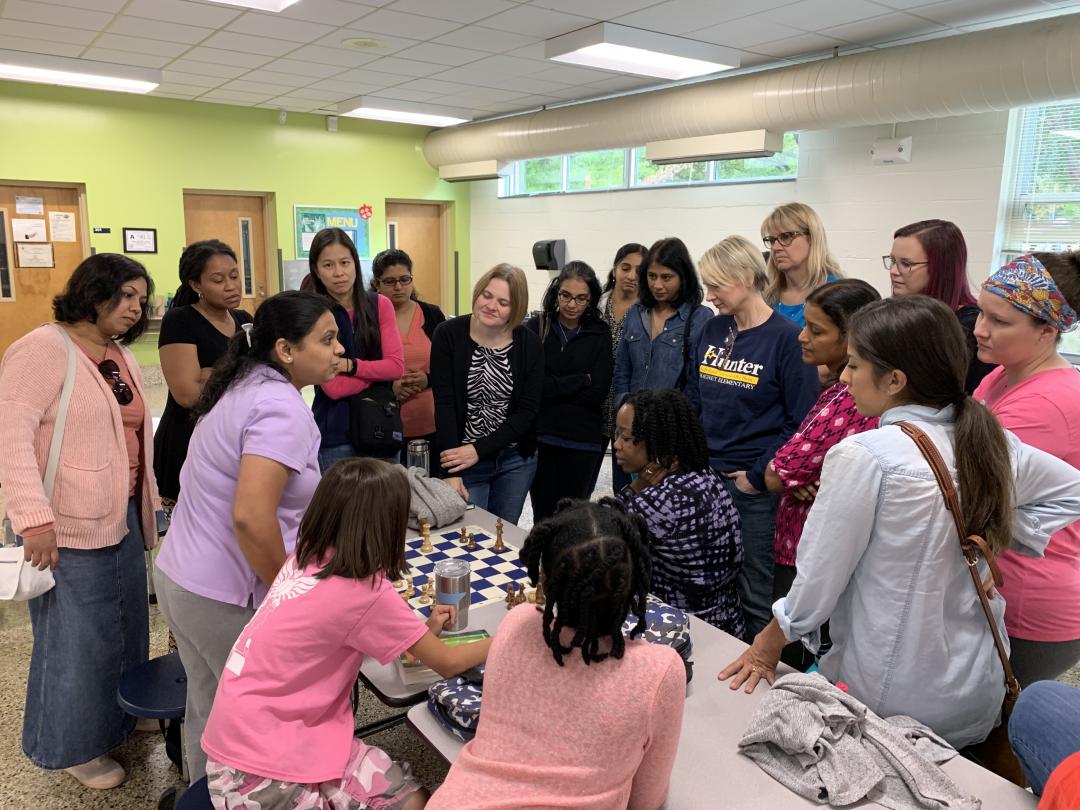 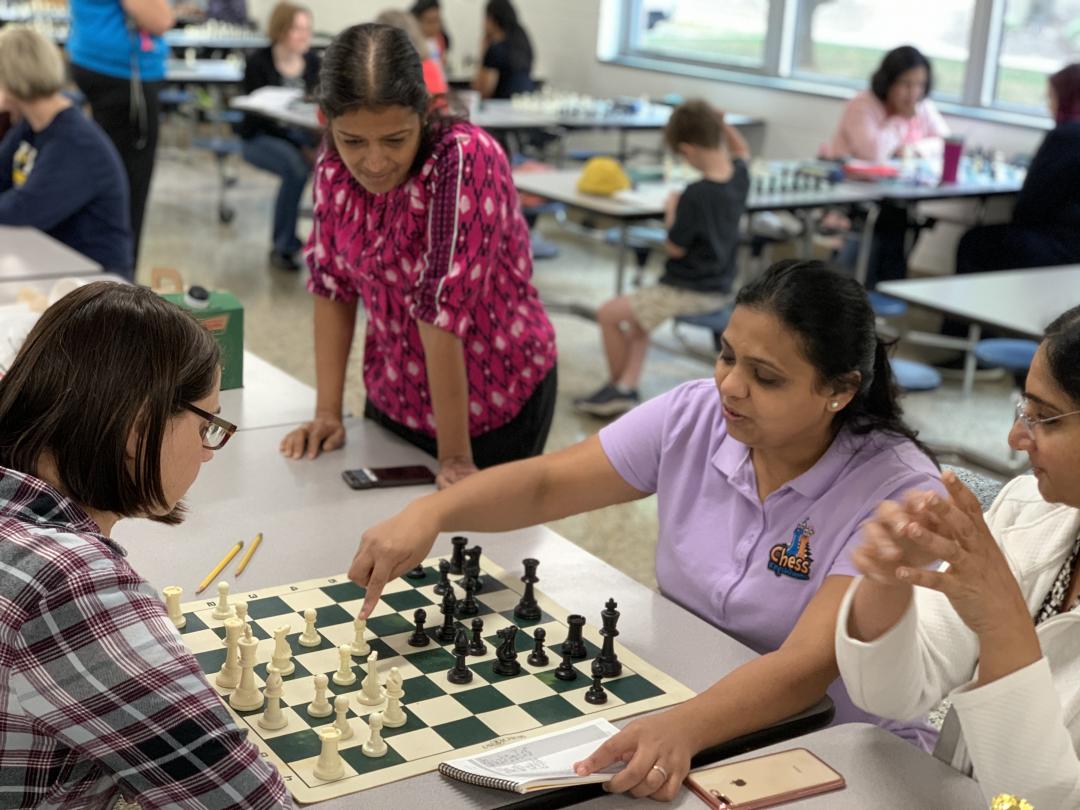 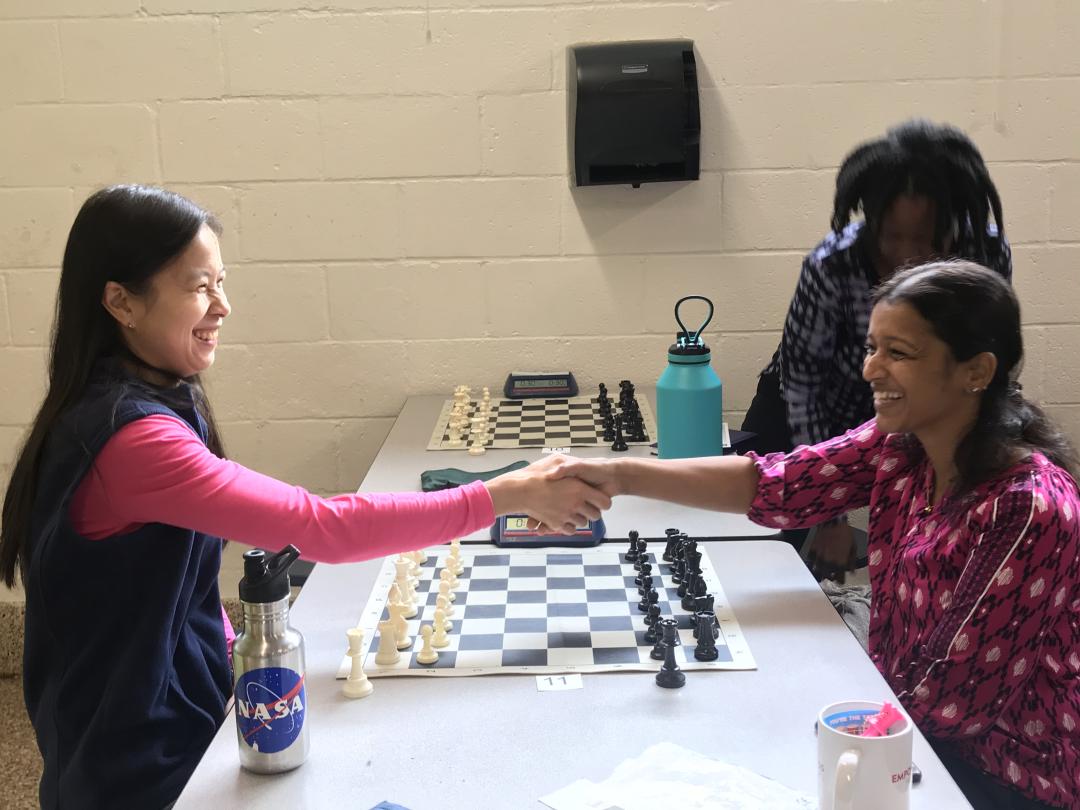 Imagine stepping into an elementary school cafeteria just moments before a chess tournament begins to find the energy level high and the nervous chatter buzzing like the hum of a lawn mower: You wouldn't be all that surprised, right?  On October 9th, that boisterous vibe did not come from children, but from chess playing moms searching for their board assignments.
Supported by a US Chess Women's Program grant funded in partnership with the Saint Louis Chess Club, the "Chess Moms Play Chess, Too" tournament, which was organized by Mark and Meredith Indermaur and held at Hunter Elementary School in Raleigh, NC on October 9, brought together eighteen unrated - and mostly inexperienced - chess playing moms representing chess kids from eleven different area schools.  Once everyone signed in, Mark Indermaur asked the competitors to gather around as he gave them a pep talk.  One mom remembers him reminding them how, by example, they were giving back to their children in many ways, "including allowing them to support us" the way we parents have supported them.
After WFM Anuprita Patil of Chess Kings and Queens Academy offered them a brief but thorough lesson, these ladies bravely took their seats, shook hands with their opponents, and tentatively made their opening moves.  For a while, the only noise in the room belonged to chess clocks, but as they completed their first game, the moms moved to side tables to chat about their experience with one another and review their games with Patil. 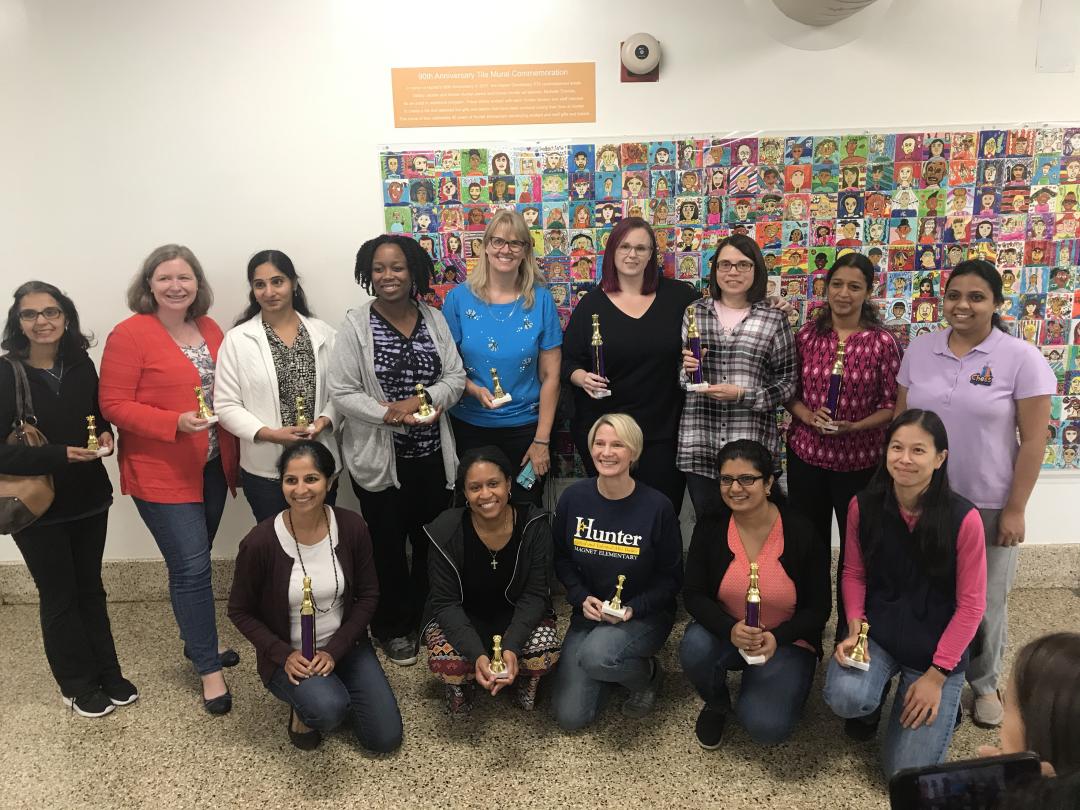 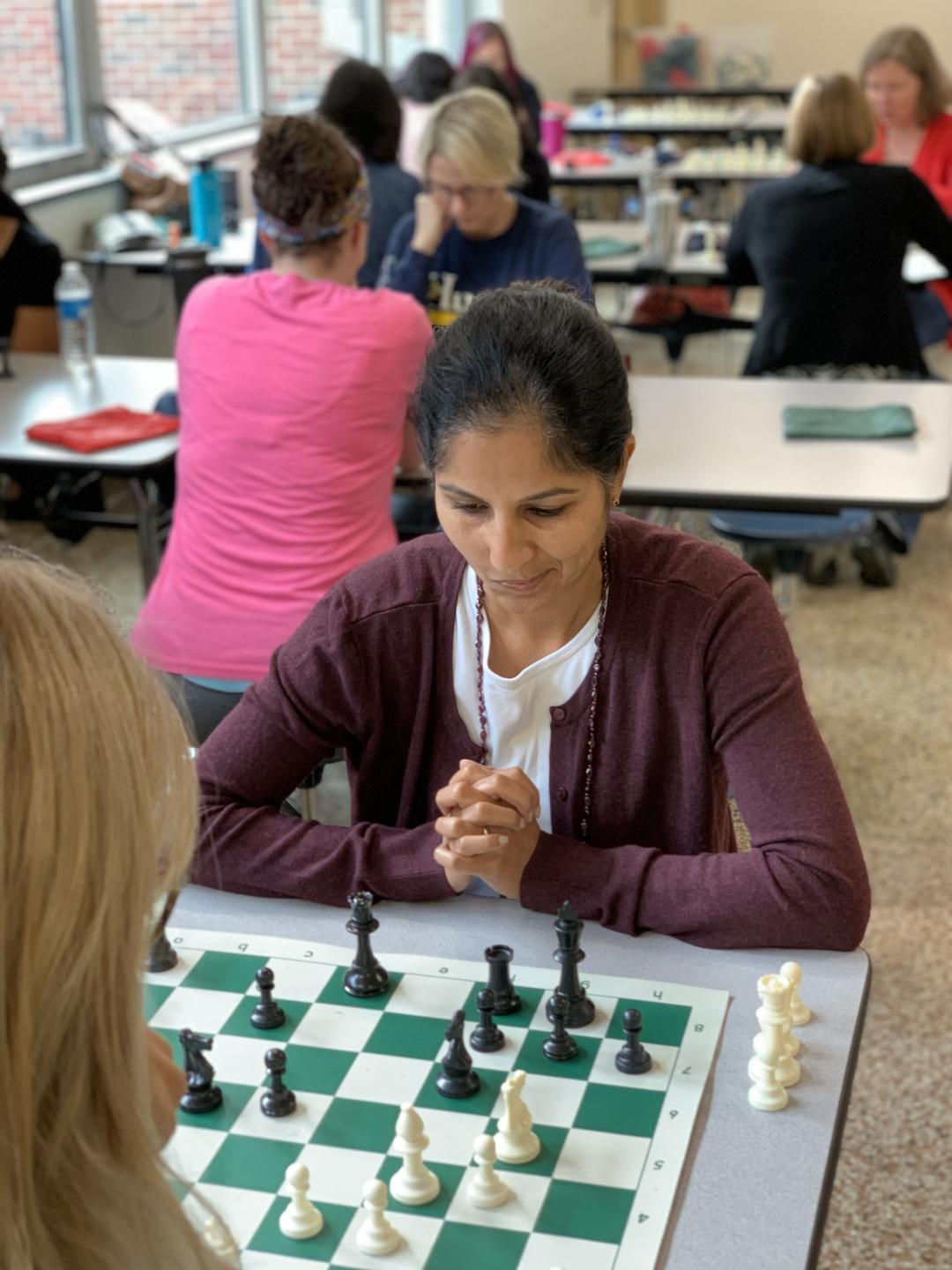 The benefits of getting that first rated game under their belts wasn't lost on these ladies: Not only were they gaining chess skills, but they were also learning how to be better chess moms. One said playing in this tournament was important to her because she was better able to understand why her child makes certain mistakes during games, so she'll be better equipped to offer him empathy and support in the future.  Another exclaimed that her daughter has been wanting her to play "forever" and this tournament was the perfect opportunity for the two of them to do something together without siblings in tow. And one mom volunteered that it was the right time for her to demonstrate the mantra she wants her son to live by:  "Try your best, losing is an opportunity to learn, and you never know unless you try."
These women also enjoyed getting to know one another so much that they look forward to seeing their new friends not only at chess club and at their children's tournaments but also at future Chess Moms tournaments. To encourage them to keep playing, the Indermaurs arranged several opportunities for them with local chess organizers. The moms now have free entry to Indermaur Chess Foundation, Hunter Elementary Chess Club, and Triangle Area Chess Club tournaments, are invited to the Chess Kings & Queens Academy Girls & Women’s Group and can play free when they register their child at the Triangle Chess Center's weekly tournaments.  This tournament was so successful that we hope other groups try hosting similar events across the country.
Find out more about all 11 US Chess Women program grant participants here and more about our US Chess Women's Initiative at uschesswomen.org.
SHARE: