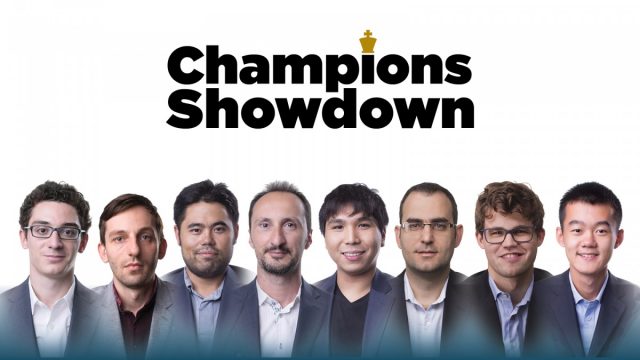 Wesley So vs. Leinier Dominguez

This November, witness your favorite players battle it out against their hand-chosen opponents. Hikaru Nakamura chose Veselin Topalov. Fabiano Caruana chose Alexander Grischuk. Wesley So chose Leinier Dominguez. Last, but certainly not least, Magnus Carlsen chose Ding Liren. Each set will battle it out with rounds of rapid and blitz. Who will come out on top? Tune in starting November 9 at 1 P.M. with the commentary team of Maurice Ashley, Yasser Seirawan, and Jennifer Shahade to find out.